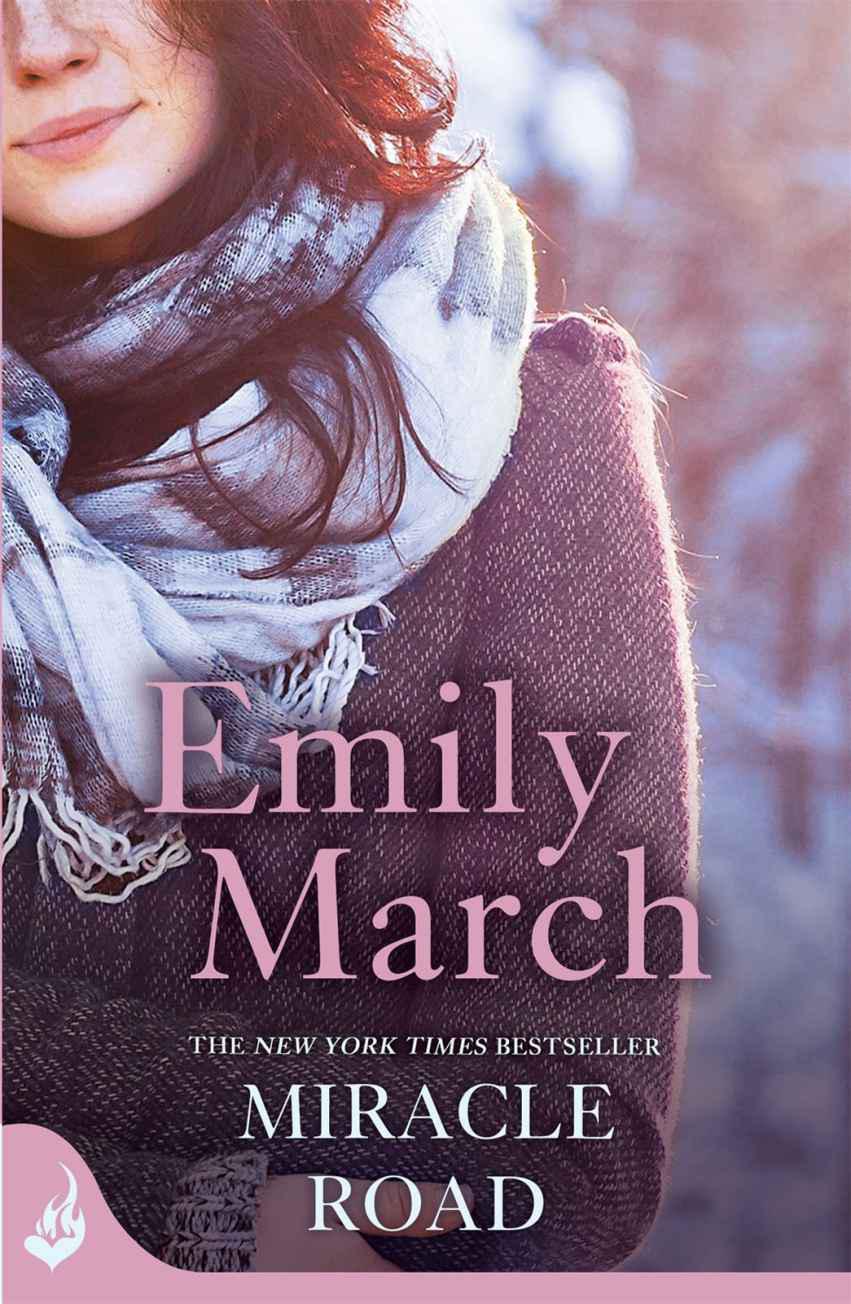 The right of Geralyn Dawson Williams to be identified as the Author of the Work has been asserted by her in accordance with the Copyright, Designs and Patents Act 1988.

First published in this Ebook edition in 2013

Published by arrangement with Ballantine Books,
an imprint of The Random House Publishing Group,

a division of Random House LLC.

New York Times
and
USA Today
bestselling author Emily March lives in Texas with her husband and their beloved boxer, Doc, who tolerates a revolving doggie door of rescue foster dogs sharing his kingdom until they find their forever homes. A graduate of Texas A&M University, Emily is an avid fan of Aggie sports, and her recipe for jalapeño relish has made her a tailgating legend. You can find out more about Emily March and her books at
www.emilymarch.com
and follow her on Twitter
@emilymarchbooks

‘With passion, romance, and revealing moments that will touch your heart, [Emily March] takes readers on an unhurried journey where past mistakes are redeemed and a more beautiful future is forged – one miracle at a time’
USA Today

Eternity Springs is a magical place where hearts come to heal …

After tragedy strikes his team, college basketball coach Lucca Romano arrives in Eternity Springs to reassess his life. It seems nothing can breach his wall of guilt—except maybe a vibrant new neighbour who won’t give up on him.

Schoolteacher Hope Montgomery has to believe in miracles because giving up would mean crumbling under the greatest loss a parent can endure. Understanding Lucca’s suffering, she sets out to draw him from his solitary shell. But when a weak moment leads to consequences that shake Hope’s faith, it’s up to Lucca to put aside his heartache and show her that in Eternity Springs broken hearts can mend—just in time for Christmas.

In deep, dear, loving memory of my mother,
Pauline S. Dawson, who made every Christmas
a miracle for our family.
Miss you, Mom.

Lucca Romano stood at the window of his office on the campus of Landry University and gazed out at green grass and purple bearded irises without actually seeing them. In his mind’s eye he focused on another place, another time, when a white ten-passenger van traveled a ribbon of dark asphalt highway bisecting a barren winter plain.

Despite the warm sunshine beaming through the window glass, cold permeated Lucca’s bones, and he shuddered as the memory washed over him.
Pings and whooshes as text messages arrive and depart from a half-dozen different cellphones. The rhythmic beat of rap. Young men’s laughter as a yapping chocolate brown puppy claws his way over the front passenger seat.

Everyone’s spirits are high after a win, especially after the first win of the season. Sure, it was just an exhibition game, but it proved that the Midwest State University Ravens are tough competitors.

“Keep the dog in the back,” Lucca says, reaching for the little pup. Why had he allowed Seth Seidel to bring that dog home, anyway? The kid lives in a dorm. He has nowhere to keep a dog.

He’d done it because the people selling the puppies out of the back of their truck had been puppy mill people. Lucca’s own heart had gone as soft as Seth’s upon seeing the “display.” Lucca had even loaned the kid some cash to buy the dog.

“Sucker,” he mutters, passing the pup now christened “Sparky” to the backseat.

Five minutes later, Sparky is back. Lucca sighs and stretches for the puppy. Sparky wiggles out of his hand and falls, his sharp little claws reaching for purchase and finding the driver’s arm. The driver startles and stomps the brake, and in an instant, Lucca’s world changes forever.

Standing in his sun-drenched office, seventeen months and a thousand miles away from the horror, Lucca swayed and reached out to brace himself against the inevitable crash.

Tires skid off the road, and the van tilts, then rolls, again and again and again. People and possessions fly. The boys scream. Lucca’s body jerks against the seat belt. His head hits something hard, and the world goes black.

He opens his eyes and sees splatters of blood on the dashboard.

Jerked back to the present, Lucca glanced over his shoulder to see his graduate assistant in his office doorway, a puzzled expression on his face. How long had he been standing there?

Lucca’s gaze shifted to the clock on his wall. He had called a team meeting for four o’clock, so he was late. He was never late. No wonder his assistant looked confused. “I’ll be right there.”

The young man nodded and left. Lucca wiped away the perspiration beaded on his brow and sucked in a pair of deep breaths, seeking the calm for which he was known at courtside. Unfortunately, calm proved elusive.