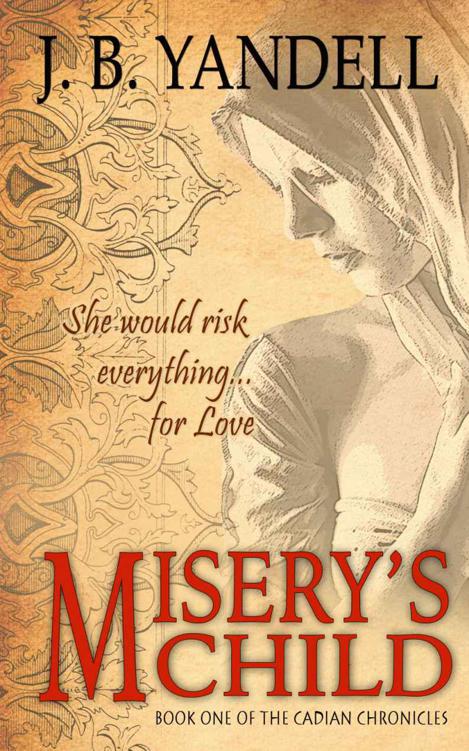 As always, for my mother, Bobbie
McMillian Yandell,

who
has been
asking from the very beginning,

Excerpt from
The Histories of the Realm
by Cadia
Kesava:

The tale of
tey Mysirrati
has long since past into
folklore, but it is the purpose of these volumes to separate fact from fiction.
But where to begin?

Let us start with
the ill-fated Lillitha of Kirrisian, who was the consecrated
shallana
breda
in the 150th Year of the Bear
,
chosen
from among the eldest daughters of the realm to serve as the “wife” of the Shallan.
While the practice of selective breeding seems barbaric by modern standards, in
those days it was not only considered a sacred duty but also a privilege to
which few families could aspire.

The best noble
families groomed one daughter—the
consecratia
or the “consecrated one”—in each generation for Offering. Only one was
accepted every six years, during the Festival of the Single Moon, after
scrupulous examination by both the Cadian sisters and the bene priests. The
hoped-for result was that the shallana would bear a boy-child, who became the
next shallan, thereby preserving the coveted bloodlines for the day when Belah,
the ancient hero/warrior/prophet, would be reborn from the consecrated womb.

The significance
of the shallan has declined greatly over the last three hundred years. Today he
is little more than a figurehead, but in Lillitha’s time, the shallan was part
ruler, part prophet. His influence was greater than that of the twelve tribal
kings—called
vidors
—who
ruled their individual provinces. The title of shallan was (and remains)
hereditary within the Shallani tribe, claiming descent from Belah, the ancient
warrior credited with leading the combined Omani armies to victory over the
Tors.

If the shallana
was successful in bearing a healthy male child, she was elevated to the highest
status a woman could possess, higher even than that of a queen, of the
shallanoma
—”Path of Oman.” If
she bore a girl, she and the child entered the Order of the Cadia. In any
event, her life belonged to Oman.

To be chosen was
both an enormous honor and a sacred obligation. A young woman of those times
could hope for little more than an amicable marriage to a much older man, and
the cadia were the only access a woman might have to education and higher
pursuits.
The shallana was esteemed
and sacred in the hearts of the people as a symbol of their unification with
Oman Himself. She often enjoyed some measure of influence, particularly those
who bore shallans, the best known of those being Shallanoma Brighid.

But for all the
comfort and security of the shallana’s life, it was a tightly proscribed and
rigidly restricted existence with no room for romantic love. One can only
imagine the conflict of loyalties that must have battled for the heart and mind
of a young girl like Lillitha of Kirrisian.

“I won’t give them
back! I won’t!” Marta cowered against the wall, clutching the torn sack of
paggies against the small swell of her chest.

Ersala y’Kirrisian
restrained
herself
from clapping her hands over her
ears. Marta’s voice was thin and high even in the best of times, and it was a
great deal less attractive when it took on the whine of a sullen
fourteen-summers’ child. Instead, she clamped her hands on her wide hips and
regarded her youngest daughter with impatience.

“I’ll not be
telling you again, girl. Give me that fruit this minute or you’ll be taking
your supper standing up for half a fortnight.”

“But it’s not
fair! She gets everything! Why does she have to get the best of everything?”

The older woman
cuffed her daughter smartly across one cheek. Marta wailed, one hand flying to
her reddened face. The sack fell, and the pinkish-gold paggies rolled across
the wooden floor, their pungently sweet aroma filling the close, dead air of
the holding pantry.

Ersala’s flash of
regret was extinguished as Marta took up her woeful liturgy once again.

“You never hit
her, do you, Muma? She gets everything and I get nothing and it isn’t
fair—”

Beneficent Oman
, Ersala swore silently, wondering again how it was possible for this
one to be so different from her sister when both had suckled at the same breast.

“Lillitha never
tries my temper the way you do.” The woman stooped with a sigh and began
gathering the fruit into her long apron. “And you know very well why these must
belong to your sister and not to us. It shames me that you take the law of Oman
so lightly.”

Marta slipped to
her knees. She sniffled with a martyred expression, but picked up the fruit
nearest her and handed it to her mother.

Ersala pretended
not to notice as the girl slyly tucked one of the paggies into her own skirt
pocket. Inwardly, she sighed, feeling the weight of all her forty-two summers
bearing down on her.
She’s not just a
thief; she’s a sneaky thief.

“Child, life
hardly ever is. The sooner you get that through that thick skull of yours, the
better. To your eyes, Lillitha’s lot seems a bed of darma petals, but there are
many things you take for granted that she can not do.”

Marta snorted and
plunked another paggie in the apron. “Like what?”

“Like the way you
roam all over the countryside like a gypsie child, mooning over the boys in the
village—don’t roll your eyes at me, girl. Don’t you think I know where
you go and what you do? You enjoy freedom that your sister will never know. You
are old enough to understand these things. Must I send you to Cadia Yannamarie
and have her explain to you again the sacredness of your sister’s consecration?
What it means and why we must observe the holy laws so carefully?”

Marta rolled her
eyes balefully, stricken with fear at the idea of being sent to Cadia Yanna for
any reason. The tall, stern woman with eyes as black as her robes frightened
her. She avoided her sister’s chaperone and teacher as much as possible, for
Yanna stared at her unflinchingly, as if she knew every thought in Marta’s head.
Some said the cadia could read minds. After meeting Yanna, Marta believed it.

“Please don’t tell
Cadia Yanna,” the girl whispered. What might the cadia do to her? Marta
did
understand that what belonged to
Lillitha as the consecratia belonged also to Oman Himself. But she had wanted
just one of those sweet, deliciously juicy paggies. Lillitha didn’t even like
them; Cadia Yanna was the one who insisted that they were good for the
consecratia
’s complexion and teeth. It
wasn’t fair.

“It’s sick with
shame I am that I have to lock the pantry door against the thievery of my own
daughter,” Ersala said, reading the change in Marta’s attitude with some relief
as she struggled to her feet again. “Perhaps you can tell me, child, what
happened to the sack of paggies on the household side of the pantry?”

She gestured to
the shelves that lined the left side of the room where the household stores
were kept separately from Lillitha’s. Cadia Yanna made a careful accounting of
the foodstuffs, seeing to it that Oman’s Tenth went to Lillitha as decreed. In
such poor times it was sometimes difficult to make the household stores go far
enough, when a tenth of everything must be dedicated to the
consecratia
, but that was the law. It
was the same in every noble household where an elder daughter was being readied
for the Offering.

Marta said
nothing, only glared. Ersala shook her head. The greedy child had already eaten
every last one of the paggies she’d been saving to make Rowle’s favorite
dish—a crusty paggie tart with thick cream icing—when he returned
from his business on the far side of Kirrisian. At least Marta came by her
sweet tooth honestly. Unfortunately, she had inherited none of her father’s
patience or good humor.

“Get out of my
sight for a while. Don’t let me catch you in here sneaking food again or I will
be telling Cadia Yanna. Mark my words.”

Marta shot through
the door, gone with a flash of her skirts.

As Ersala searched
for a whole sack in which to store the loose fruit, she wondered again what she
would do about her youngest daughter, only fourteen summers and getting worse
every day.

Lillitha sat in
the window with her feet tucked discreetly under her as befitted a young woman
of her station. In her dimpled white hands she held the Book of Belah, open to
the Chapter of the Epiphany. It had always been her favorite chapter but today
she couldn’t concentrate. Instead of meditating on the verses, Lillitha found
her mind wandering to the anonymous cadia who had spent keels—possibly
even summers—scripting this precious copy in a delicate hand. It made her
sad to think of the time and effort that had created the perfectly formed
letters, which managed somehow to be bold and fragile at the same time
.

Lillitha tried to imagine that
unknown scribe. Had she been a handsome woman or plain? Had her family offered
her to Oman or had she gone to the cadia of her own free will? Had she been
happy to sit day after day, her hand cramping around the reed as she
painstakingly formed those perfect letters? Lillitha’s own calligraphy was
dismal. She copied the same lines over and over, but she wasn’t very good at
it. She wondered if anyone would ever let her scribe a real volume.

She shook herself
guiltily. Daydreaming, said Cadia Yannamarie, was a foolish waste of time that
could be better spent improving one’s knowledge. Her teacher was fond of
quoting Belah:
In killing time, one
murders eternity.

Lillitha closed
her
eyes,
trying to summon the joy she’d felt when the
book was first placed in her hands. She had been no more than six summers when
her mother pulled her onto her lap and allowed the child to hold the small
volume.

“’Tis a beautiful
thing, is it not?” Ersala had whispered tenderly. “Far away in Shallanie there
are women who spend their lives copying the Book of Belah over and over so that
we might know of his wisdom and devotion.”

Lillitha
remembered tracing the jeweled crest of the leather cover with a trembling
finger, gasping in amazement that such a dazzling thing could exist. And the
words—there were so many of them! The few storybooks in the nursery were
slender things with crude wooden covers, the longest just ten pages; Lillitha
had already read them to rags, hungering for more. Now
this
was truly a book! Story after story about the heroic Belah and
how he saved his people from the marauding hordes of Tor, driving the fierce
barbarians back over the Shumdan
Mountains.
The tales were filled with adventure and grand battles, saviors and villains,
told in poetry so splendid that it took her breath away.

But the
intoxicated thrill Lillitha had felt the first time she gazed upon those
marvelous pages eluded her now, for she had read them so many times. Each time
she finished the book, the drill was always the same: Cadia Yannamarie would
ask Lillitha to quote verses, not stopping until Lillitha missed one. Then
Yanna would tell her to open it and begin again.

Dead on Arrival by Anne Rooney
Exposed by Naomi Chase
Saving His Mate (A vampire-werewolf romance) by Savannah Stuart, Katie Reus
Revelations by Carrie Lynn Barker
1 Death of a Garden Hoe by Gale Borger
Broken Soul: A Jane Yellowrock Novel by Faith Hunter
How to be a Pirate's Dragon (Hiccup) by Cressida Cowell
The Blood On Our Hands by Jonah Ellersby
Wishes by Allyson Young
An Honorable Surprise by Graham, Sally
Our partner