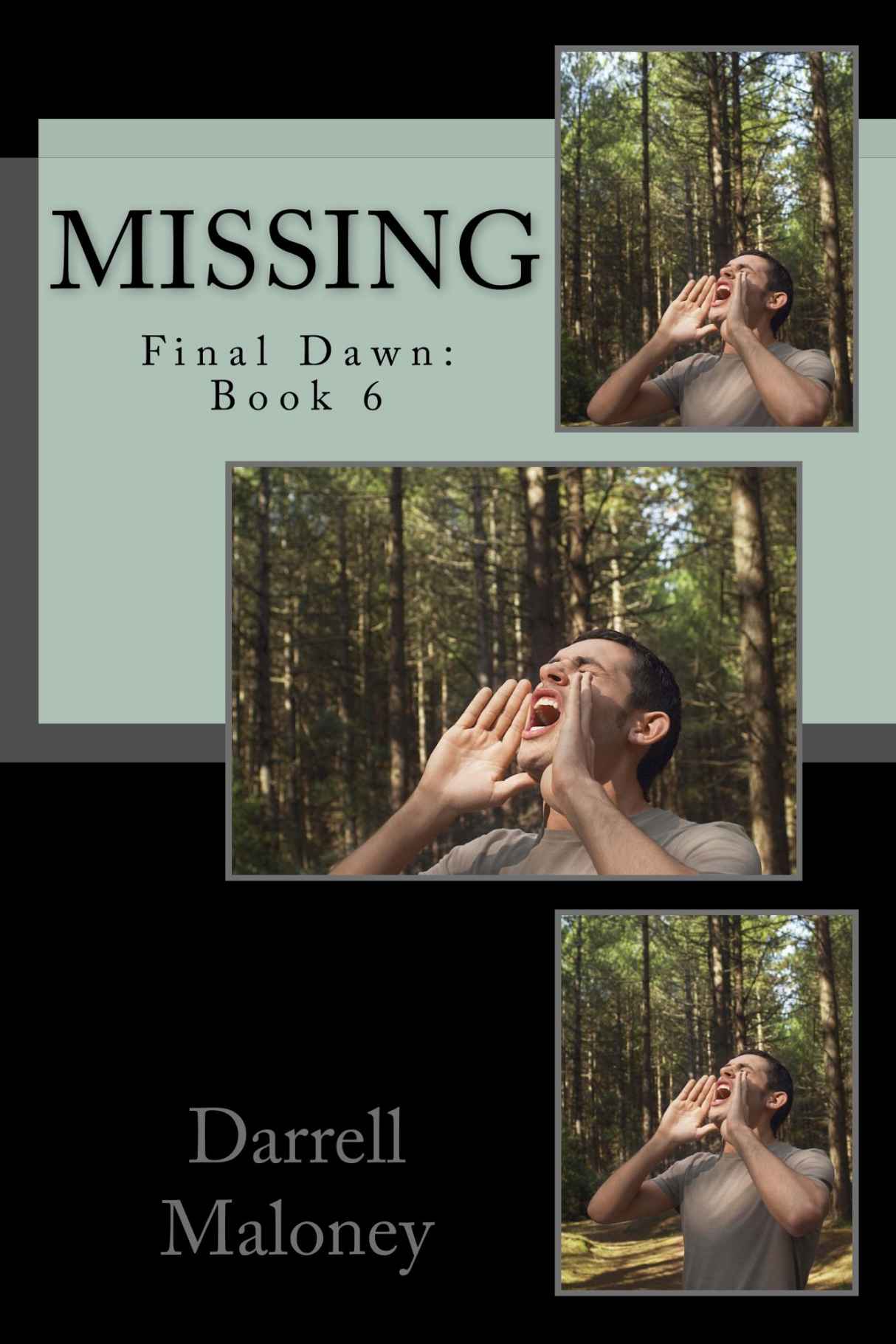 This is a work of fiction. All persons depicted in this book are fictional characters. Any resemblance to any real person, living or dead, is purely coincidental. Copyright 2015 by Darrell Maloney

Kind words are like candy to a writer’s hungry ears. Thank you all for supporting me in this endeavor.

They’d seemed like a rather odd couple, at least to their friends and at least at first.

Mark was a cut-up and the life of every party. He’d been the class clown ever since he could remember, and making people laugh was a role he was quite comfortable in.

Hannah, on the other hand, took life way more seriously. She excelled at everything she ever tried, was class valedictorian in high school, and was pursued by universities all across the nation.

It was strictly by chance that they both ended up at Baylor University in Texas.

Mark had a serious side too, but few people saw it. He had a passion for engineering, although he had trouble making up his mind which discipline to major in.

Hannah wanted to be an astrophysicist since she was a young girl, gazing up at the stars on her grandmother’s ranch.

“Someday,” she told her grandmother, “I want to go up there. I want to fly to the stars and see them up close. I might even build myself a house on one and live there forever.”

She’d given up on her star house long before, of course. But she was still passionate about the heavens, and her dream of becoming an astrophysicist came true.

She’d never had any doubt that it would.

Hannah and Mark met by accident in front of Baylor’s administration building.

Hannah happened to be walking past when Mark exited the building after changing his major for the third time. Electrical Engineering had caught his fancy, and he’d rearranged his course schedule to delve into it.

It was Hannah’s beauty which turned his head as she walked past.

Turned his head and prevented him from seeing the three steps until it was too late.

Mark went tumbling down the steps, his papers and books went flying in all directions, and Hannah couldn’t help but smile.

It could have ended then and there if Hannah had just kept walking.

But she was as sweet as she was beautiful, and she just couldn’t leave Mark sprawled all over the sidewalk. So she helped him up and helped him gather his papers.

Mark had never been one to hide his feelings. Even with someone he’d just met.

“My God, you’re gorgeous. You’re going to marry me someday.”

“As sure as I’m standing here.”

She winked at him and said, “Maybe you should learn to walk down steps before you try to walk me down the aisle.”

But they wouldn’t have a fairy tale ending.

After graduation, Hannah landed a job with a NASA contractor, scanning the heavens for meteorites and asteroids.

She discovered that a meteorite, designated Saris 7, was on a collision course with earth some two years into the future, and immediately reported it to her superiors.

But they already knew, and swore her to secrecy.

“Because we have plenty of time to divert it or destroy it. If we tell the public about it, there will be worldwide panic. Mass suicides. Economic collapse. There will be no collision. So there’s no reason for the public to even know about it.”

It took Hannah and her coworker Sarah several months to see that their superiors were lying to them. NASA had evaluated their capabilities and determined they had no means of destroying or diverting Saris 7. Perhaps if they had a few more years to develop such a capability, they said…

But they didn’t have the time.

It so happened that the very day Hannah discovered Saris 7, Mark had purchased a PowerBall ticket.

And against all odds, he hit the jackpot.

They were suddenly millionaires, but had only two years to spend their new fortune.

Before Saris 7 came crashing to the earth and ended life as they knew it.

Mark said, “We might as well blow it. Quit your job and we’ll sail the world. We’ll live like royalty and then go out in a blaze of glory.”

“No,” Hannah countered. “We’re going to use this to prepare. To save the ones we love.”

The couple purchased an abandoned salt mine near the city of Junction, Texas. For two years they secretly renovated it into a safe place to live for their family members and closest friends. At the same time, they had a secret compound built just adjacent to the mine.

To use when the world thawed out again.

Then they stocked the mine with everything they’d need to ride out the chaos. Livestock, seeds, food stores, water and fuel.

For six and a half long years they isolated themselves in the mine, while the world changed around them.

On the outside, few survived.

The world became a harsh and evil place. Survivors grew accustomed to taking what they wanted by force.

When the world warmed enough to allow the group to transition from the mine to the compound, they weren’t aware of the evil outside their gates.

And although they took many precautions to keep their existence a secret from the outside world, word got out.

The evil came to them.

For they had been successful in keeping their animals and their plants alive.

They had things others didn’t have.

The group of forty one successfully fended off a brutal attack which thinned their numbers and hardened them. It brought home the point that they’d always have to be on their guard. There would always be men who saw nothing wrong with taking from others at gunpoint.

In the last installment, Hannah and Mark and the others learned it wasn’t just bands of outlaws who posed a threat to them.

It was also the United States government.

Or, rather, what was left of it.

In
The Army Comes Calling
, the group met Colonel Travis Montgomery, who flew to the compound in a helicopter to demand they turn over their livestock “for the public good.”

The group wouldn’t have minded sharing what they had. They had before. If they’d been asked, they’d gladly have turned over a sizeable portion of their animals.

But they didn’t take kindly to being forced to do so. Or to give up their entire stock.

And they were holding all the cards.

In the end, the group of forty one came to terms with Colonel Montgomery, and even formed an uneasy friendship. They recognized he had a difficult job to do and was trying his best to raise meat to feed the survivors in San Antonio. He recognized that he’d been heavy-handed in the way he approached the group and apologized.

As
The Army Comes Calling
ended, the colonel flew Hannah and her good friend John Jacoby to San Antonio to tour his growing operation. Around the time they were due to come back, a small robin happened upon a puddle of blood in the forest just outside the compound.

The robin selected a wild bluebonnet from a loose bouquet on the forest floor and flew into the trees to add it to her nest.

And inside the compound itself, chaos was the order of the day.

No one had seen her for hours.

Since she said she was going into the forest.

To pick some wildflowers.

And now, Book 6 of the series…

“I’m trying to remember that smile. It looks so familiar. I know I’ve seen it before.”

John and Hannah walked about twenty paces behind Colonel Montgomery as they exited the huge hangar and walked toward his staff car.

“Oh, leave him alone, John,” Hannah whispered back. “He’s in his element. They’re doing a lot of great things here, and helping a lot of people. He certainly has a right to be proud.”

“Yes, I suppose you’re right. I should give him his due.”

“But now that you mention it, his smile looks a lot like the one on the Cheshire cat in
Alice in Wonderland
.”

“With a little bit of used car salesman thrown in.”

Hannah and John looked behind them and smiled. The staff sergeant escorting them on the tour had guts, to add his two cents in.

But he also had a point.

“Does he always walk this fast?” Hannah asked the sergeant.

“Yes, ma’am. Usually. And you’re right. He has a lot to be proud of. Six months ago we were feeding sixty people a day in San Antonio. Now it’s over fifty thousand, not just in San Antonio, but all over Bexar County and its surrounding counties. But that number has been going down of late, from a high of about eighty thousand.”

Hannah, a surprised look on her face, asked, “Why?”

“Because they’re mostly feeding themselves now. In addition to feeding them, our agronomists have been providing them with seeds. And showing them how to start neighborhood gardens. The intent is to make them self-sufficient. Otherwise they’d depend on us for the rest of their lives, and would teach the next generation to do the same thing.”

John said, “That reminds me of an old proverb. Give a man a fish and feed him for a day. Teach him to fish and you’ll feed him for life.”

Colonel Montgomery suddenly realized he’d left his guests behind. He stopped and turned and called out, “You people sure are slow. Hurry them up, Parker.”

At the staff car, Parker opened the doors for the colonel first, although he knew the colonel would be the last to enter and the first to exit the vehicle.

Saris 7 wiped out eighty percent of the earth’s population. But as mighty as it was, it could not kill Army protocol.

Not when Colonel Travis Montgomery was in charge.

Once everyone was seated, Parker drove west, along the flight line’s main taxiway, toward the final stop on the tour.

“I’ll apologize in advance for the smell you’re about to experience, but we’ve one more stop to make before we take you folks back home. I promised to show you where your livestock wound up.”