We use a little xanthan gum in the dressing for the salsa to hold it together and cling to the vegetable chunks better.

Once the dressing tastes balanced, add the xanthan gum and blend well to combine.

Mix all of the salsa ingredients in a bowl and top with the dressing.

This is a nice and bright summer salad. It’s great when served with a seared white fish like cod or sea bass but it can even hold up next to a grilled steak.

Mixed baby greens or the lettuce of your choice

Once the dressing tastes balanced, add the xanthan gum and blend well to combine.

Assemble the salad by placing the lettuce on plates. Top with the pepper, tomatoes, raspberries, and radishes. Drizzle the vinaigrette on the salad and top with the sunflower seeds. Lightly sprinkle the salad with salt and pepper and serve.

I like the flavor of fennel in coleslaw, it adds a nice licorice taste that elevates the dish. The snow peas add great bursts of sweetness that complement the citrus vinaigrette. The xanthan gum and lecithin here help bind the vinaigrette as well as coat the slaw without all running to the bottom of the bowl.

Once the dressing tastes balanced, add the xanthan gum and lecithin then blend well to combine.

Mix all of the slaw ingredients except for the almonds in a bowl and toss well with the dressing.

Sprinkle the pecans on top and serve. 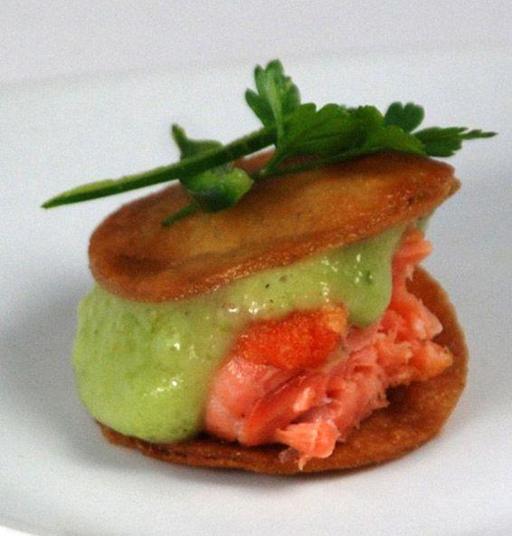 We have a fan page on Facebook. You can follow us there for updated recipes, tips, and equipment reviews.

You can find it at:

Foams are one of the techniques most associated with modernist cooking, and with good reason. They are easy to make, very versatile, and fun to use and eat. Foams have been around traditional cooking for a very long time and include whipped cream, head on beer, and even bread dough.

At the most basic level, foams are a structure that traps air in bubbles. Foams are similar in this way to an emulsion, which is when a liquid traps fat in a structure, or fat traps liquids in a structure.

The structure can be made from a variety of things such as proteins, water, or fat. The texture of the foam is determined by the size of the bubbles and how much liquid is in the foam. Some foams are considered “set” foams, which means the structure has been solidified, such as when baking bread dough or a soufflé.

Whether they are called bubbles, airs, meringues, espumas, puffs, or froths, all foams share certain characteristics. Similar to gels, these characteristics lie on a spectrum.

The texture of a foam ranges from fine to coarse and refers to the size and uniformness of the bubbles.

A foam where the bubbles are smaller and very uniform is considered fine. Whipped cream is an example of a fine foam.

A foam with larger and less uniform bubbles are considered coarse. Some examples of coarse foams are latte froth, airs, and the head on light beer.

The wetness of a foam refers to the amount of liquid that is in the structure of the bubbles. Usually, the coarser a foam is, the dryer it is.

Dry foams are mainly air and can be very light. The bubbles are typically larger and their flavor is diluted due to the lack of liquid. Most very dry foams are referred to as “airs”.

Wet foams have much more liquid in their structure. They can range from light to dense foams. They are usually fine foams, rather than coarse foams. Most foams you know are wet foams such as whipped cream and milkshake froth. 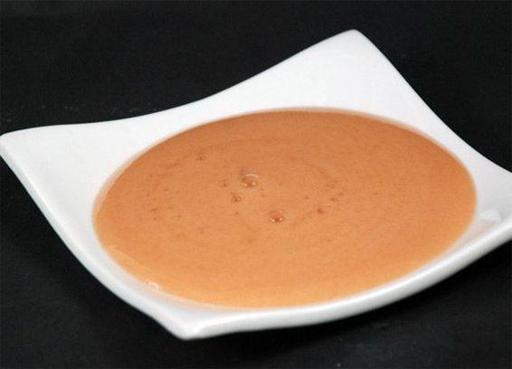 Foams can range from very light, such as airs, to very dense, mousse-like foams similar to whipped cream. The density depends on the texture and wetness of a foam. The finer the bubbles are and the wetter the foam is the denser it becomes.

There are different names for types of foams. Some of these are interchangeable and none of the definitions are set in stone. To understand what people are talking about regarding foams, it’s important that you learn the characteristics associated with the following names.

Typically a dry, coarse foam that is mainly made up of air. Strongly flavored liquids should be used in airs because they have such little liquid.

Dense foams refer to thicker, fine, wet foams. They usually have smaller bubbles. Whip cream is a good example of a dense foam.

Light foams lie somewhere in between airs and dense foams. They are finer and wetter than airs but not as thick as dense foams.

Like airs, bubbles are coarse foams but they tend to have more liquid in them than airs do and are made up of larger bubbles. They usually resemble common bubbles like those created by soap or shampoo.

Froths are usually wet but coarse foams. They are named after the froth that is often on the top of a milkshake or latte.

Set foams are foams that have had their structure solidified. This is often done through heating or dehydrating. A loaf of bread and a baked soufflé are examples.

“Espuma” is the Spanish word for foam and they are usually dense foams. They are always created by a whipping siphon and usually served hot.

Meringues and puffs are lighter foams that are often baked or dehydrated to set their structure.

In order for a foam to last more than a few seconds it needs to be stabilized. There are many ways to stabilize a foam, often by thickening or gelling the liquid. 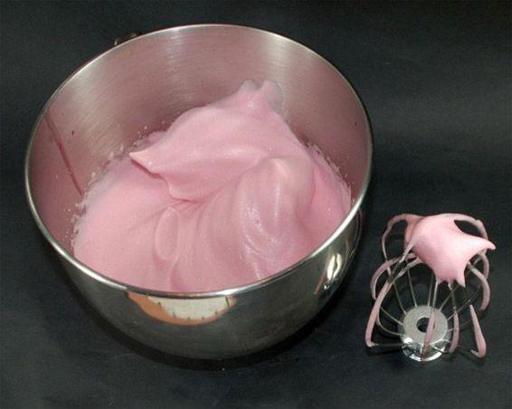 For best foaming action be sure to pick liquids that are thin and watery and do not contain many particles. If you want to make a foam from a thicker sauce you can try watering it down until it becomes thinner and running it through a chinois if there are larger particles in it.

One of the simplest ways to create a foam is to combine a liquid with a thickening ingredient, such as xanthan gum. Then you introduce air to it, usually through whipping, blending, or using a whipping siphon. This usually results in a coarse, wet foam that is on the lighter side.

Xanthan gum is usually added in a 0.2% to 0.8% ratio, depending on the density of foam desired.

Using traditional stabilizing agents like egg white, cream, and sugar are also effective. Many of the things in those ingredients that stabilize the foam have been isolated and are sold as separate ingredients, such as lecithin. These are also incorporated into other modernist ingredients such as Versawhip.

the Rider Of Lost Creek (1976) by L'amour, Louis - Kilkenny 02
Death of a Dissident by Alex Goldfarb
Locked and Loaded by Grant, Alexis
Re-Wired by Greg Dragon
The Next Season (novella) by Rachael Johns
[Bayou Gavotte 00.0] Back to Bite You by Barbara Monajem
Rosemary Opens Her Heart: Home at Cedar Creek, Book Two by Naomi King
Hell's Belle by Karen Greco
Wild Turkey by Hemmingson, Michael
The Darkest Gate by S M Reine
Our partner