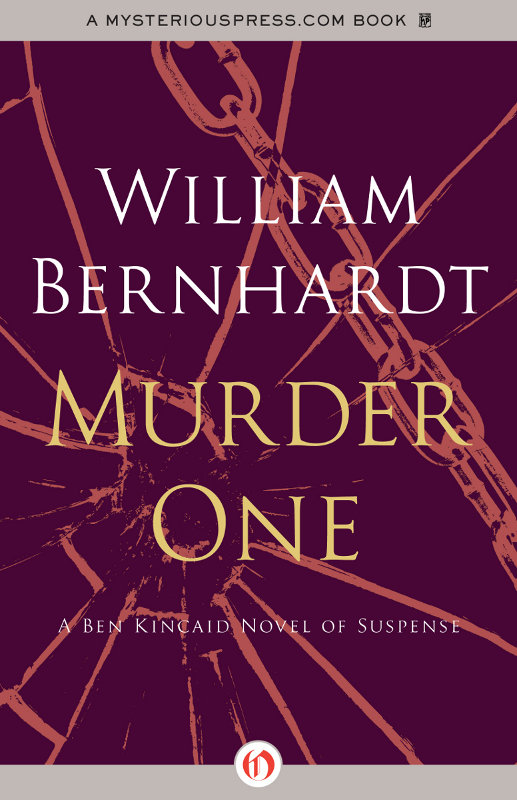 For Clint and April

They faint on hill or field or river:

Our echoes roll from soul to soul,

And grow for ever and for ever.

Part One: The Blue Squeeze

“S
ERGEANT CALLERY, WOULD YOU
please describe the condition of the body when you found it?”

Callery swallowed hard before answering. “Are you sure you want me to?”

This would be the focal point, Ben Kincaid realized, for the entire trial—all that came before and all that followed. Every murder trial had one—an indelible moment in which sympathies were polarized and the full gravity of the crime struck the jury like a ball peen hammer to the head. Even though he knew there was not a soul in the courtroom who did not already know the answer to this question in gruesome and graphic detail, this would be the moment when everything changed, and not for the better.

“I’m sure,” Assistant District Attorney Nick Dexter said. He obviously didn’t mind the delay. A little suspense preceding the big moment could only increase the jury’s attention level. “Please tell us what you saw.”

Sergeant Callery licked his lips. His eyes drifted toward the floor. His hesitation was not just for dramatic effect. He was not anxious to proceed.

And Ben didn’t blame him. Describing a crime scene was always difficult. But when it was a cop talking about the murder of another cop—one he knew personally and had worked with on many occasions—it bordered on the unbearable.

“When I arrived, I discovered that Sergeant McNaughton’s body had been stripped of clothing. He was chained naked to the base of the main fountain in Bartlett Square—right in the center of the downtown plaza. He’d been hog-tied; his arms and legs were pulled back to such an extent that some of his bones were actually broken. He’d been stabbed repeatedly, twenty or thirty times. A word had been smeared across his chest—written in his own blood.”

“And what was the word?”

“It was hard to tell at first, given the condition of the body. But when we finally got him down and put him on a stretcher, it looked to me like it said ‘faithless.’ ”

“Was there anything else … noteworthy about the body?”

The witness nodded. The spectators in the courtroom gallery collectively held their breath. They knew what was coming.

“His penis had been severed. Cut off—and stuck in his mouth.”

To Ben, it was an almost surreal moment, as if they were all actors in a play. After all, everyone knew what questions would be asked, as well as what answers would be given. There were no surprises; they were just going through their prescribed motions. And yet, the singular horror of the crime had an impact that left no one in the courtroom unmoved.

This case had been high drama from the outset. Everyone knew about this ghastly crime. How could they not? The body had been on display for almost an hour before the police managed to get it down. Workers going downtown that cold Thursday morning couldn’t help but see the macabre, almost sacrificial tableau.

The location had been well chosen. Downtown Tulsa was a place where people worked, but almost no one went there for any other reason. From the time the workday ended until sunup, it was virtually deserted. Even the police rarely patrolled; the inner downtown streets were inaccessible by car and there was simply no justification for mounted patrols at that time of night, when no one was present. And so the killer was able to create a grisly spectacle that had been etched into the city’s collective consciousness during the seven months since the crime occurred.

“Why are they spending so much time describing the body?” a voice beside Ben whispered. “How is that relevant to who committed the crime?”

The question came from the defendant—Ben’s client, Keri Dalcanton. She was a petite woman, barely five foot two. She had rich platinum blond hair and skin the color of milk. She was wearing no makeup today—on Ben’s advice. She was a natural beauty, with perhaps the most perfectly proportioned body Ben had observed in his entire life. And he’d had a lot of time to observe it, during the months they’d spent preparing for this trial.

Even in the courtroom, Ben was struck by how Keri exuded youth and energy. But that was not surprising. She was only nineteen.

“It isn’t relevant,” Ben whispered back. “But Dexter knows the gory details will appall most jurors and make them more inclined to convict. That’s why we’re spending so much time here.”

“But it isn’t fair,” Keri said, her eyes wide and troubled. “I didn’t do those things. I couldn’t—”

“I know.” Ben patted her hand sympathetically. He wanted to take care of his client, but at the moment it was more important that he pay attention to the testimony. If Dexter thought Ben wasn’t listening, all kinds of objectionable questions would follow.

Dexter continued. “Did you check the body for vital signs?”

“Of course. When I first arrived. But it wasn’t necessary. He was dead. As anyone could see at a glance.” A tremor passed through Callery’s shoulders. “No one could have lived in that condition.”

“Why did it take so long to free the body?”

“We weren’t allowed to alter the position of the body until the forensic teams had been out to make a video record and to search for trace evidence. Even after that was done—Sergeant McNaughton’s body had been double-chained to the fountain and the lock was buried. We couldn’t get him loose. We eventually had to bring out a team of welders. Even then, progress was slow.”

“And during this entire time, the decedent’s naked mutilated body was on public display?”

“There wasn’t much we could do. We couldn’t cover the body and work at the same time. And there’s no way to block off Bartlett Square.”

“Were you and your men finally able to get the body free?”

“Eventually. Even then, though”—his head fell—“nothing happened the way it should. His right arm had been pulled back to such an extreme degree that when we released the chains—it snapped off. And the second we moved McNaughton’s body, his—member—spilled out onto the ground.” The man’s jaw was tight, even as he spoke. “It would’ve been horrible, even if I hadn’t known Sergeant McNaughton so well and trained under him. I’ve been on the force six years, but this was the worst, most horrible … goddamnedest thing I’ve seen in my career. Or ever will see.”

Ben knew Judge Hart didn’t like swearing in her courtroom, but he had a hunch she would excuse it this time.

The media representatives in the gallery—and there were a lot of them—were furiously taking notes. The McNaughton murder had dominated the papers and the airwaves for at least a month after the crime occurred, and the onset of the trial had refueled the obsessive coverage. Ben had never had so many microphones shoved in his face against his will; he’d never seen so many people insist that he had some sort of constitutional duty to give them an interview. His office manager, Jones, had even found a reporter hiding in the office broom closet, just hoping he might overhear some tasty tidbit of information. His legal assistant, Christina McCall, had the office swept for listening devices. A blockade of reporters awaited them every time they left the office; another greeted them as soon as they arrived at the courthouse. It was like living under siege.

Dexter was asking routine predicate questions to get his exhibits admitted. It was an obvious preliminary to passing the witness.

Ben glanced over his shoulder. It was Christina. For years, she’d been indispensable to him as a legal assistant. And now she was on the verge of graduating from law school.

“I don’t see much point,” he whispered back to her. “Nothing he said was in dispute.”

Christina nodded. “But I’m not sure this business with the body was handled properly. I think the police bungled it six ways to Sunday.”

“Granted. But why? Because they were so traumatized by the hideous death of their colleague, a fact we don’t particularly want to emphasize. And what difference does it make? None of the evidence found at the crime scene directly incriminates Keri.”

“You may be right. But I still think any cross is better than none. Whether he actually says it or not, Dexter is implying that Keri is responsible for these atrocities. We shouldn’t take that lying down.”

Ben frowned. He didn’t want to cross, but he had learned to trust Christina’s instincts. “Got any suggestions?”

She considered a moment. “I’d go with physical strength.”

Dexter had returned to his table. Judge Sarah Hart, a sturdy woman in her midfifties, was addressing defense counsel.

“Of course.” Ben rose and strode to the podium. “Sergeant Callery, it sounds as if you and your men had a fair amount of trouble cutting that body free. Right?”

The change in Callery’s demeanor and body language when Ben became his inquisitor was unmistakable. He drew back in his chair, receding from the microphone. “It took a while, yeah.”

“Sounds to me like it was hard and required a great deal of strength.”

“And if it was hard to get the body down, it must’ve been even more difficult to get the body up.” He paused, letting the wheels turn in the jurors’ minds. “The individual who chained Sergeant McNaughton up there must’ve been one seriously strong person, wouldn’t you agree?”

Callery had obviously been expecting this. “Not necessarily, no. The killer could’ve—”

Ben didn’t give him a chance to recite whatever explanation he and Dexter had cooked up ahead of time. “How much did Sergeant McNaughton’s body weigh?”

“You must have some idea.”

“It would just be a guess.”

“You were there, weren’t you, officer?”

“You were, I assume, paying some degree of attention when your men were cutting the body loose?”

Callery tucked in his chin. “Yes—”

“So how much did McNaughton’s body weigh?”

“Two hundred and twenty pounds. And of course, he was dead, right?”

“I think everyone in the courtroom is aware of that fact, counsel.”

Just like a game of cat and mouse, Ben marveled, not for the first time. Two diametrically opposed archenemies pretending to be civil. “Would it be fair to say that it’s harder to move a dead body than a live one? “

“So we’re talking about two hundred and twenty pounds of pure deadweight, right?”

“But someone somehow managed to carry the body to Bartlett Square—without the use of a car—to elevate it, hog-tie it, and wrap it around the central fountain.”

“That’s about the size of it.”

“Sergeant Callery, you were pretty good at estimating your deceased colleague’s weight. Would you care to guess what my client, Ms. Dalcanton, weighs?”

He grinned faintly. “I would never be so indelicate.”

“Then I’ll tell you. A hundred and three pounds. Wearing shoes.” He paused. “So you’re saying that these feats of tremendous strength, which frankly I doubt you and I could manage working together, were accomplished by this tiny woman? How?”