Read My Enchanting Hoyden (A Once Upon A Rogue Novel, #3) Online

My Enchanting Hoyden (A Once Upon A Rogue Novel, #3) 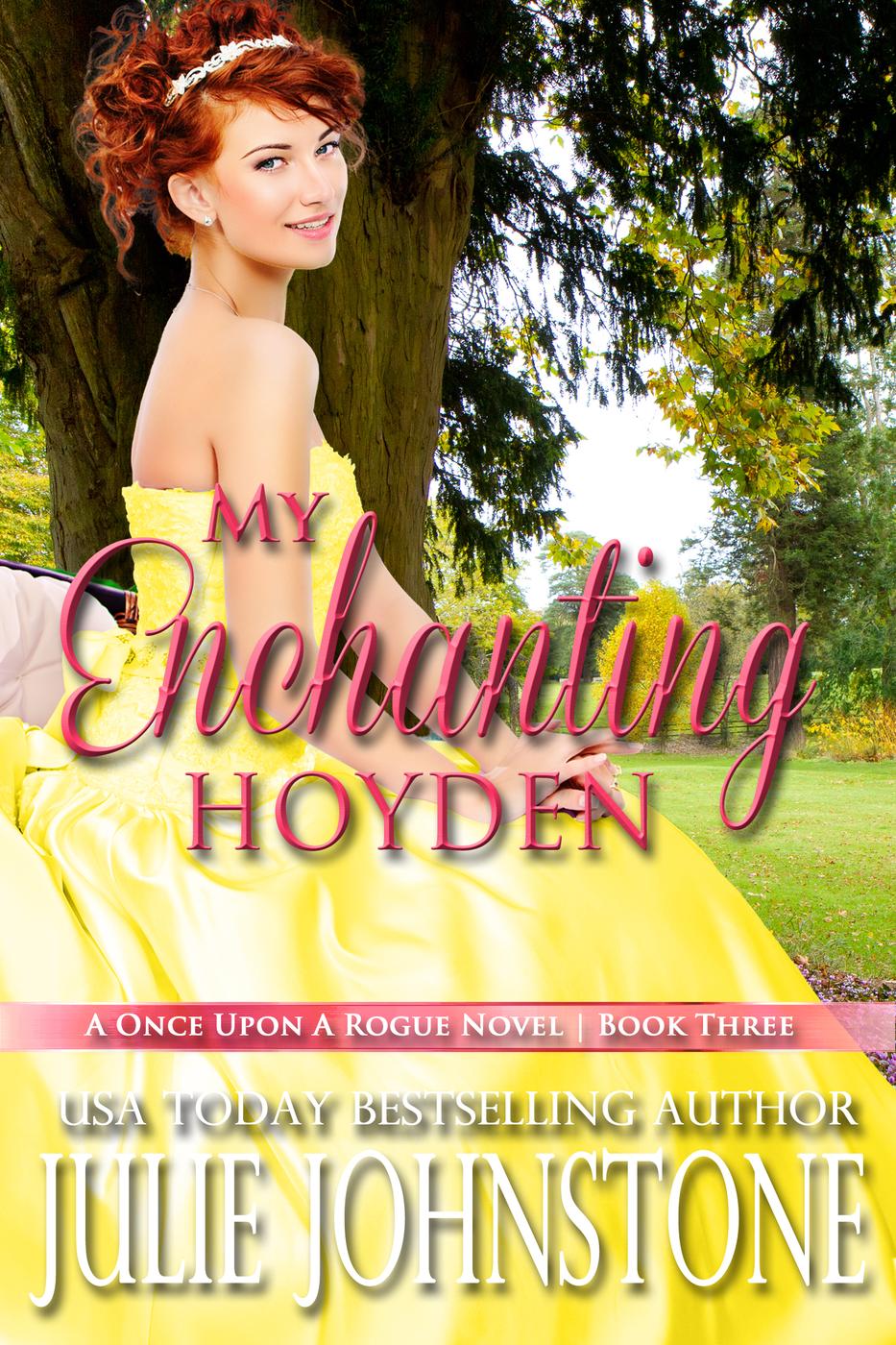 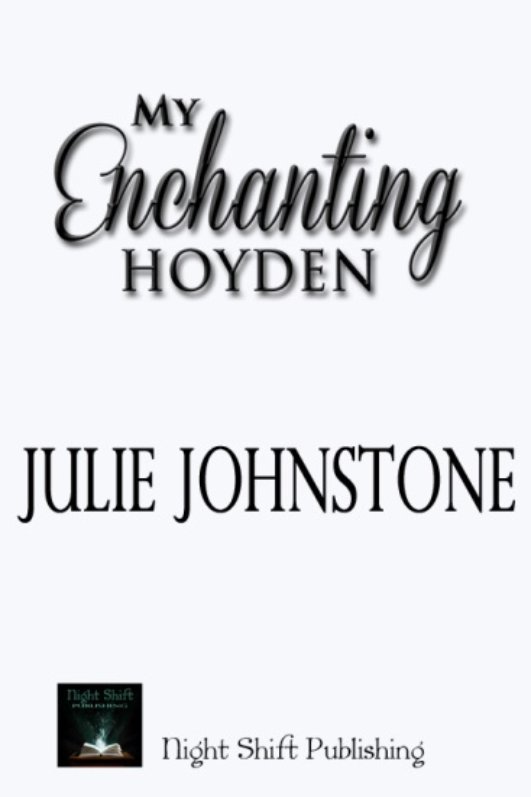 Cover Design by Cover by Lily

This e-book is licensed for your personal enjoyment only. This e-book may not be resold or given away to other people. If you would like to share this book with another person, please purchase an additional copy for each recipient. If you’re reading this book and did not purchase it, or it was not purchased for your use only, please return it and purchase your own copy. Thank you for respecting the hard work of the author.

T
his book is for the flawed, the broken, the burdened, the dreamers, the poets, and the determined. Our mistakes make us who we are. We control whether they conquer us or we overcome them, grow, and become wiser for them. Hope...hope is something no one can actually take from you, so march on, and may your path lead you to love.

OTHER REGENCY AUTHORS YOU MAY ENJOY

Miss Jemma Adair could count the number of things she regretted on one hand. Of course, if she counted the things she knew she
ought
to regret but simply did not, she’d likely have to use two hands, but before today, she’d managed to stick to just the one. Yet now, as she leaned against the counter—upon which sat the containers she was
supposed
to be filling with her mother’s freshly baked lemon tarts—her stomach roiled, filling her with unease. Giving her innocence to Will three nights prior may have been the thing to make her list of regrets overflow from one hand to two.

She stared at the large wooden door that led from the street into their family bakery and imagined Will breezing through the threshold with his rich-chocolate hair and coffee-colored eyes, as he’d done for the seven years he’d worked here. He’d taken a better job several years ago so he could afford to attend law school, but from his very first day at the bakery, he had always stopped at the counter, set down his delivery sack—empty after transporting orders—and popped a tart into his mouth as he winked and complimented first her sister, Anne, and then her.

Any boy kind enough to pay Anne such positive notice—she’d been born with a lame leg and was usually teased rather mercilessly—was a boy worthy of Jemma’s admiration. At the age of eleven, she’d given that admiration to him without pause. Then, at the age of twelve, when he’d knocked out Stephen Smith’s tooth after he’d criticized Anne, Jemma had given her heart to him, as well.

She poked a finger into one of the lemon tarts and sucked off the bitter jam as she wished for the jingle of the bell to announce Will. Even though he’d not worked here in a while, he’d not failed to come by every day before the bakery opened. Her stomach clenched. Except he had not come by in the last three days, not since—

The bell clanged, causing her to jerk and bump one of the tart-filled trays with her elbow. She grabbed it when it began to slide and set it to rights as her heart raced ahead in hope, even as her mind registered the fact that the door hadn’t moved the smallest iota. Understanding and disappointment filled her as she turned and glared, first at the bell above the door that led from the kitchen into the main bakery, and then again at her mother when she glided through the doorway.

Her brown hair had escaped her loose bun and a smear of flour covered her right cheek. She huffed as she balanced a tray filled with a combination of berry and lemon tarts. Jemma’s stomach growled, and she scrambled toward the door to help her mother with the heavy-laden tray. When she reached her mother, Anne struggled through the same doorway holding a tray fairly bursting with trifles. She tripped with a gasp, and the tray dipped sharply to the left. Jemma lunged forward and caught the tray just as two chocolate trifles slid to the ground and plopped onto her only pair of decent slippers. She frowned down at the dark lump on her pale shoes, the mess very fitting for her mood.

Without a word, she took the tray from her sister, who was grimacing and tilting to the right, favoring her good leg. “Did you hurt yourself?” Jemma asked.

Anne shook her head, her lovely blond curls swinging as she did. Jemma eyed those curls, wondering, as she often did, how they could be twins when they looked absolutely nothing alike. Jemma had flaming-red hair with too-tight curls and eyes neither green nor blue but oddly both. Anne, however, was a classic beauty with lovely blond hair and clear blue eyes.

Their mother slammed her tray on the counter, making Jemma jump. “Honestly, Jemma. You’ve been moping around the bakery for three solid days, not even doing your job. Don’t think I haven’t noticed your sister covering for you. But it stops now. Anne cannot carry these heavy trays, and you know it as well as I do.”

Anne huffed and opened her mouth to protest, but Mother’s quelling look silenced whatever she had been about to say. Jemma tensed when her mother’s gaze locked on her. “I could not help but notice that William hasn’t been around to the bakery in those three days. Did you two have an argument?”

“No,” Jemma said slowly, a mental picture of Will’s naked body filling her mind and heating her cheeks with embarrassment. Not shame. Never that. Despite the fact that she hadn’t meant to give Will her innocence... Frankly, when her heart had quit pounding, her ears had stopped roaring, and her body had cooled off, she could scarcely believe what she had done. But it was done. Besides, she loved Will, and she was sure he loved her in return. He had told her that he would be very busy with his studies for the next few days, after all. She was being silly. Selfish, really. They were going to be married just as soon as he had enough money saved to move out of the room he rented and purchase a home for the two of them.

She squared her shoulders and shoved back the doubt that had been plaguing her since she’d succumbed to her desire. “Will has exams and is studying.”

Mother pressed her pale lips together for a moment, and Jemma prayed that would be the end of it. She knew how her mother felt about Will—all men really. Jemma did not need yet another reminder. Her mother turned as if to begin putting the tarts in the case, and Jemma exhaled with relief, but that relief was short-lived.

Mother swiveled back around and eyed her askance. “William always managed to come by during his exams before.”

Leave it to her mother to point out the painfully obvious without blinking an eye. Fresh doubt battered Jemma’s heart, but she refused to show it. “This is his last year,
you know that
. These exams are the hardest and the most important.”

Her mother snorted. “That’s not a good excuse. If you ask me—”

“I didn’t,” Jemma reminded her.

Her mother shot her a glare. “Don’t be disrespectful. You don’t know everything at eighteen. And you know I understand a great deal about
gentlemen
.” Her mother said the word with exaggerated derisiveness, as usual.

“Mother,” Anne said in a tiny, hesitant voice. Jemma gave her twin a grateful look, but one quick reproachful glare from Mother and Anne fell to silence once again, dashing Jemma’s hope of being rescued. Really, she couldn’t believe they were twins. Yes, they were born on the same day—two minutes apart with Jemma coming first—but they may as well have been born in different time periods for what they shared in personality, as well as looks. Anne was obedient and sweet, and Jemma... Well, she did
try
to be obedient, but it was very, very hard when she felt she was in the right.

“I warned you,” Mother continued, as if Anne hadn’t interrupted her, as if she hadn’t said these exact same words hundreds of times before. “I warned you that men are deceitful, self-serving rakes. You’re better off possessing a bakery as I do than trying to possess a man’s heart.”

Jemma felt as if there were a tight band inside her, stretching and stretching. She curled her hands into fists and fought against speaking her mind. It wouldn’t do. It really wouldn’t. But that band stretched further and snapped, and really, she simply could not help herself. She had to defend Will.

“Will is not Father. He will not abandon me as Father did you. Will does not want me for my money.” She slashed a hand through the air. “We have none! We barely get by! Will wants me for me.”

Out of the corner of her eye, Jemma saw Anne frantically shaking her head for Jemma to stop talking, but Jemma’s blood roared in her ears. She’d endured her mother’s tirades about men for years. Now, when she needed a kind word, she had to tolerate more hatred. A voice in her head reminded her that her mother didn’t know Jemma needed comfort and reassurance, and some of her mounting anger slipped away.

Holmes & Moriarty 02 - All She Wrote (MM) by Josh Lanyon
Secret Confessions: Down & Dusty — Lucky by Cate Ellink
Falling in Love Again by Cathy Maxwell
When I’m With You (Indigo) by Jones, Laconnie Taylor
Should Have Looked Away by Philip Cox
Second Chance by Bennett, Sawyer
Wicked & Willing: Bad Girls by Leslie Kelly
Exquisite Betrayal by A.M. Hargrove
The Lair by Emily McKay
A Feast of Ice and Fire: The Official Game of Thrones Companion Cookbook (A Song of Ice and Fire) by Monroe-Cassel, Chelsea, Lehrer, Sariann
Our partner