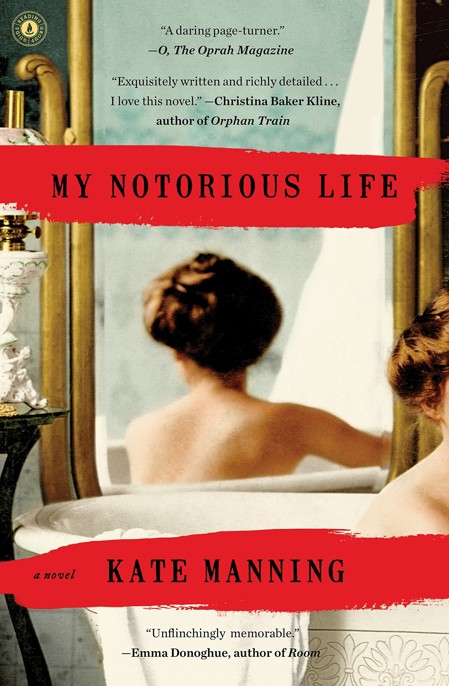 Book One: Ax of Kindness

Book Three: The Principles of Midwifery

Chapter Twenty-Three: Derangement of the Uterus

Chapter Thirty-Seven: In the Dock

Chapter Thirty-Eight: A Midge on a Summer Night

Chapter Forty: A Change of Circumstances

Chapter Forty-Five: The Hounds of Hell

For my children, Carey, Oliver, and Eliza

And my husband, Carey

T
he following memoir was discovered in a bank vault belonging to my great-great-grandmother Ann, upon her death, in 1925, at the age of seventy-eight. The account was written over many years, in a barely decipherable hand, in the pages of seven leatherbound diaries, a pattern of forget-me-nots adorning the corners of the paper. Some light corrections had been made, evidently by Ann’s husband, my great-great grandfather, with some words blacked out. Errors of grammar, punctuation, and usage were, however, left intact. Pasted in were newspaper clippings, correspondence between Ann and a respected New York City charity, and letters from Ann’s sister, her lawyer, and others.

Perhaps due to its controversial nature, this material was hidden by the family for almost a century, mysteriously ending up in a hatbox in the attic of my father’s house, where I stumbled on it last year, after his death. My siblings and I were most astonished to discover that our family had such a scandalous American character among our forebears. “Madame” had not been mentioned in the stories handed down to us by our parents and grandparents, who include doctors, bankers, academics, barristers, and politicians. In spite of sharp disagreement in the family over certain matters described here, in the interests of future scholars and historians—and to correct the public record—I have decided to make this account public without further comment.

I
t was me who found her. April 1, 1880. The date is engraved on my story same as it is on the headstone, so cold and solid there under the pines. What happened that morning hurts me to this day, enrages me still, though many years have passed.

The time was just before dawn. She was there in the tub. It had claw feet, gold faucets. Marble was everywhere in that room, so magnificent. A French carpet. A pair of velvet settees, a dressing table, candelabra, powders and pomades, all deluxe. I knew something was wrong right away. When I knocked I knew. There was not no noise of bathing, just that slow drip. That plink of water landing on water, so dreadful. I went in and there she was. A scarf of red across her shoulders, down her chest. The water was red and cold with all her life leaked out. A bloodbath.

My hands were trembling. Terrible sounds strangled in my throat, quiet so as not to wake the house. My little daughter and my husband were fast asleep. The maid was not yet up.

Mother of God she was dead. I collapsed down at the vanity reeling and keening. I couldn’t look but I had to. The scene was reflected so clearly in the mirror, and strange, how it was serene, almost. She seemed at rest. The way her hair fell you did not see the red cut. You saw the profile of the nose, the chin. She was a bather in a painting, so peaceful, but I hated her for what she done to herself. Even after how I cared for her so long. She would be my undoing now, too, not just her own. Who would believe
a suicide? They would say I killed her. They would write me again in the headlines, as Murderess. Hag of Misery. She-devil. How they’d lick their chops. They’d come for me with their shackles and their oakum and their lies, then put me away for good unless by some conjurer’s snap I could get her poor corpse out of the water and away down the stairs and out to Fifth Avenue to disappear. It was the very morning of my Trial. I was due in court in three hours.

What could I do? What would happen to me now? If I could change places with her. The thought came to me. If only it was me dead there in the water.

I imagined it, picking up the knife.

My troubles would end. I’d not be a grief to anyone. If only I was dead. These ideas raced now through the panic. I looked again in the mirror at her reflection over my shoulder and seen all of a sudden how it wasn’t a bad resemblance. Our age was close enough. That black hair. And it was the mirror, that morning, the way we were doubled in it, that shown me the way to my escape.

Fast, I took the rings off my fingers. The gems from my ears. I put them on her. Her skin was wet and cold as fish, a shock to the touch. The diamonds sparkled on her delicate dead hands, on the collops of her lobes.

Why? I asked her, silent as I worked. But I knew why. Why was not the mystery.

There was not no choice. They would come for me. I ran now. I packed a bag. A reticule filled with cash. He helped me with it and kissed me goodbye, both of us afraid.

My throat closed with panic and sadness. But I left him to it, my husband, to carry it off, to say it was me dead in the bath. He’d know what to do. He took the risk of it. He knew people. He had connections of influence. They’d believe him. He said we’d find each other later. There was no choice but to trust him. She was dead and the traps would be knocking any minute. There wasn’t no other way. I went out the back door in a hat and veil, which was nothing special at our address. Ladies was always coming and going in their veils and disguises, the curtains of their victorias drawn. Half of them would have worn mustaches or pup tents, anything not to be recognized departing from my notorious parlor. I went east across Fifty
Second Street on foot, as it would not be advisable to use the driver. My carriage was well known as myself in all parts of town. I got on the omnibus down the Avenue, and from there I was off to the railyards, to book a ticket.

Meanwhile at the so-called Halls of Justice downtown, my enemies was coiled snakes lying in wait. How eager they was to see me in the dock at last. How disappointed, how outraged they would be, to receive a telegram from my lawyer with the news. The case was a bust. Stop. The accused was dead. Stop. Madame DeBeausacq a suicide. At first they scoffed and pshawed under their preposterous hairy mustaches. It was somebody’s idea of a joke, they said. They noted the date: April 1. They were sure that soon I would show up so they could smite me with their sanctimony and their outrage. But I did not show up, and soon half them toads had a new theory. That I was murdered, that a Tammany hoodlum snuffed me out to hush me up, to kill my society secrets along with me. Whatever they thought, the b*****ds was stunned out of what wits they had, which was not many. In the end, they celebrated. They bragged. They got me, was their feeling. Finally they got me. They said I would take my secrets to the grave.

They should be so lucky. The grave under the white pines at Sleepy Hollow has its own secrets. She died to keep hers safe. But I’m d****d if I’ll keep mine. Here they are, written out from the beginning, from the time of my early life and up till now.

I
n the year 1860, when the Western Great Plain of America was the home of the buffalo roaming, the cobbled hard pavement of New York City was the roofless and only domicile of thirty-five thousand children. In our hideous number we scraps was cast outdoors or lost by our parents, we was orphans and half orphans and runaways, the miserable offspring of Irish and Germans, Italians and Russians, servants and slaves, Magdalenes and miscreants, all the unwashed poor huddled slubs who landed yearning and unlucky on the Battery with nothing to own but our muscles and teeth, the hunger of our bellies. Our Fathers and Mothers produced labor and sweat and disease and babies that would’ve been better off never born. The infant ones, small as a drop of dew on a cabbage leaf, was left wrapped in newspaper and still bloody on the doorsteps of churches, in the aisles of dry goods stores. Others among us was not older than two, just wee toddlers with the skulls still soft when they was thrust Friendless upon the paving stones of Broadway. These kids dressed in bits and pickings. They begged what they ate or filched it. Many never had known a shoe. The girls started out young to sell themselves and the boys turned to thuggery. Half the babies dropped at the foundling hospital died before they had a birthday. The rest of the so-called street Arabs was lucky if they lived to twenty.