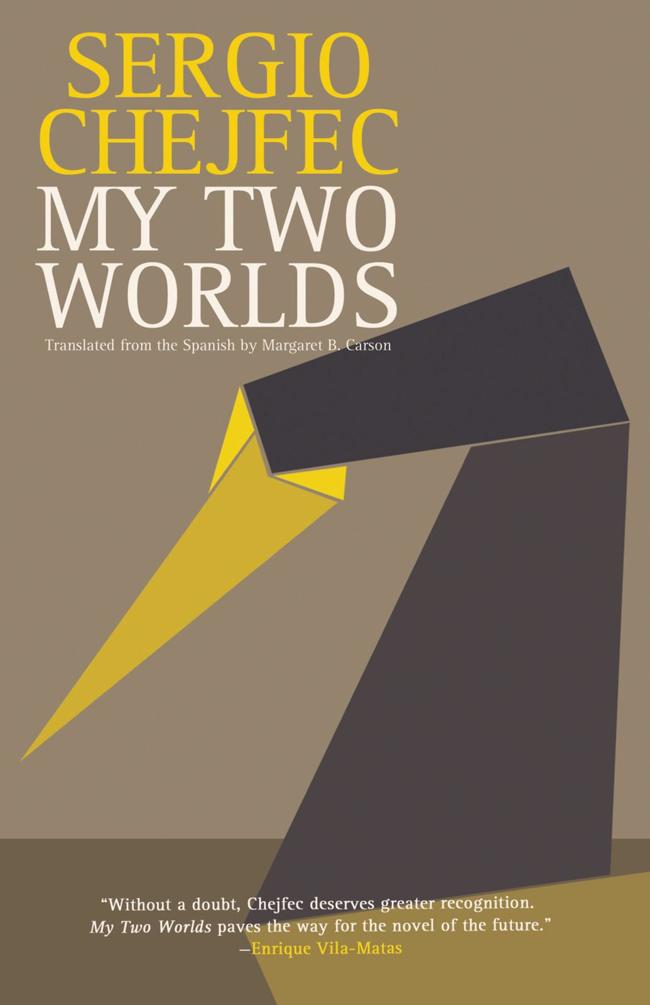 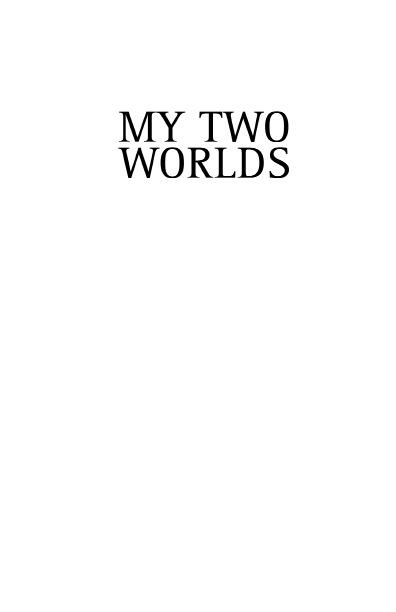 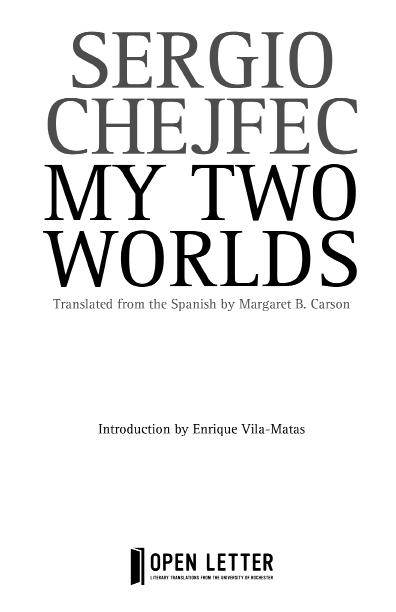 Translation copyright © 2011 by Margaret B. Carson

(Translated by Margaret B. Carson)

I begin as I’ll end: adrift. And I begin by wondering if novels have no choice but to narrate a story. The answer couldn’t be simpler: whether they intend to or not, they always tell a story. Because there’s not a single intelligent reader who, given something unique to read, even the most hermetic of novels, would fail to read a story into that impenetrable text. Now then, what happens if the reader is intelligent but the novelist isn’t? I suspect that in those cases a great party takes place. I remember Georges Simenon saying that it’s absolutely unnecessary for a novelist to be intelligent, quite the opposite: the less intelligent he is, the more possibilities open up to him as a novelist. He was unquestionably right, for I’ve dealt with great novelists throughout my life and none have seemed very intelligent to me, especially compared to other people I’ve known, those devoted to other arts, to business, or to the sciences. Of course there are exceptions to this rule. The great Argentine novelist, Sergio Chejfec, is one of them. But if I really think about it, Chejfec is someone intelligent for whom the word
novelist
is a poor fit, because he creates artifacts, narrations, books,
narrated thoughts
rather than novels.
My Two Worlds
, for instance, is above all a book that reminds us that there are novels with stories, but there are also not-so-orthodox novels—Chejfec’s are in this camp—though these may also contain stories. The story in
My Two Worlds
isn’t easy to summarize because—as is true for all his novels—what’s important seems merely an excuse to highlight the dramatic role of the incidental. And so in
My Two Worlds
the narrator’s hesitant search makes us ultimately see how the path in the story is etched with disappointment: the walk creates a certain state of mind in the narrator that alternates between fear, confusion, and uncertainty. Insecurity or perplexity can thus be seen in each new sentence, which to us seems the book’s new center of meaning (and at last, a valid interpretation of same), though this becomes diluted a few paragraphs later. The author has in part offered an explanation elsewhere, when he talks about his pleasure in seeing how far a sentence can resist, not only in technical terms, but also tonally: sentences are pushed to expand because there’s a message, while at the same time they’re constrained by a formula, the equation of the sentence. Chejfec is fond of approaching that limit, of making his sentences elastic, not to the point of their incomprehensibility, but yes, of testing that limit to see if it indeed exists. Perhaps that’s why he sometimes leaves sentences unfinished, lengthy sentences whose thread is seemingly lost and cannot close. In this way, Chejfec may be showing us that an author not only tells one or several stories, but also struggles or negotiates with the limits imposed by language.

As the writer of this prologue, I face a similar problem in compressing the immense and ever-expanding material of this book. But if I had to summarize it in some way, I’d say we have the story of a writer on the eve of his fiftieth birthday, and that, probably because of that crucial date, he wants to turn into a non-writer. We’ll learn this close to the end, though it’s an illusion that gives shape to the story. Not the illusion of writing badly (the impossible dream of the avant-garde), but rather the illusion that the story will disappear into its impossibility, or worse, into its uselessness. In the end, not writing and resigning yourself to an absurd life may be nearly the same as writing and not resigning yourself to anything.

The writer is visiting a city in the south of Brazil, and he decides to walk through its most emblematic park. The long walk, the stroll, takes up almost the entire book. In the park he comes across elements that he discovers are links to his own past, his condition, his identity. The act of describing nature within an enclosed space animates this discreet traveler, who sees in the half-abandoned park (and in the swan boats, the captive birds, the fish and turtles) signs of his own incomplete condition, a cosmic proof that no authenticity is possible.

While the narrator (whose two worlds seem muddled, just as the book at times mixes the essayistic with the narrative) hesitates and has doubts about what he’s narrating or, rather, wonders how to do it, Chejfec, in essence, never wonders about it. What’s more, he’s one of those contemporary writers who have mastered, with utmost skill, both the art of digression and the art of narration. On first reading Chejfec, we recall many admired authors, but at a later moment—a more solid and lasting one—we realize that he resembles no one, and that he has chosen an unusual and quite distinctive path, one which reveals itself slowly because of the demanding and very personal searches the author himself carries out in his narrative.

The pages of this book remind me that from time to time over the course of my life I’ve come across an intelligent novelist or two. And when I do, I’m often told that it’s a shame none of his works have been adapted for film. Surely, this kind of writer—Chejfec appears to be one of them—belongs to a class, still unique today, that must have first come into existence when Marcel Proust showed his contempt for the reductive novel by calling it a
cinematographic parade of things
. I’ve always thought that kind of a parade—apart from being a simplistic translation of the narrator’s interior life—has a pernicious effect; it prevents us from immersing ourselves in a fragment of a story—or in a detail of a fragment of that story—and from devoting ourselves at last to being adrift, joyful at discovering, in the insecure condition of the story of a story, our own world—in reality stripped bare (why fool ourselves) of meaning.

I modestly suggest that Chejfec be included among those novelists who belong to the noblest line of literature in Spanish, more precisely in South America (though Chejfec has the air of being the king of stateless prose), and who for some time now have endeavored to translate their interior life to the genre of
narrated thought
, a genre that, though little-known, has at least escaped with essayistic intelligence from the narrow confines of the great novelists who display an obtuse leaning toward the
cinematographic parade of things.
And in passing I suggest that we think of
My Two Worlds
as a narrative that attempts both to convey an experience of perception and to show, with fictitious indolence, the degree to which a writer of great intelligence can give readers some relief from the everyday and increase their happiness with the sudden realization that they’ve lucked upon a book that deeply believes that in art, and especially in literature, only those who jump into the unfamiliar matter. Because one doesn’t discover new lands unless one has first managed to lose sight of all shores, and for a long time.

I’d prefer not to, but if I had to assign this book to a specific niche within contemporary letters, I’d place it among the liveliest and most decidedly contemporary of novels. I’d locate
My Two Worlds
among the
rarae aves
of recent fiction, among those books still capable of blazing new paths on the perilous trajectory of the modern novel. Its antecedents may be European authors, but also a certain Latin American narrative as well—let’s say wide-awake and cerebral—that doesn’t quite fit the literary
latinoamericanismo
currently in vogue. Chejfec, in
My Two Worlds
, joins those writers who have no fear of the open sea, and who get along well with readers who have surely, and for some time, been longing to abandon themselves to unstable territories, to get lost in the dramatic realm of the incidental, in that which seems unimportant, “in that which is generally not noted, that which escapes notice, that which has no importance, that which happens when nothing happens, other than the weather, people, cars, and clouds,” as Georges Perec would say.

In this sense, or maybe in another—and here I’d like to record my absurd and perhaps entirely useless desire to be neutral about this novel, which I so deeply admire—
My Two Worlds
still seems to me, months after having read it for the first time, the most complete walk I’ve taken through the ever-incomplete geography of the dramatic realm of the incidental, through the solitary geography of our fissures, through the deep geography of the hollows that are often doors to the unknown, to forgotten places that ignite our imagination and our driftlessness and even our birthday celebrations, which sometimes—on those rare occasions when evening falls in a special way—do not even require that there have been a time lived. Twilight is enough.

O
nly a few days are left before another birthday, and if I’ve decided to begin this way it’s because two friends, through their books, made me see that these days can be a cause to reflect, to make excuses, or to justify the years lived. The idea occurred to me in Brazil, while I was visiting a city in the south for two days. I couldn’t really understand why I’d agreed to go there, not knowing anyone and having almost no idea about the place. It was afternoon, it was hot, and I’d been walking around looking for a park about which I had almost no information, except its somewhat musical name, which by my criterion made it promising, and the fact it was the biggest green space on the map of the city. I thought it impossible for a park that large not to be good. For me parks are good when first of all, they’re not impeccable, and when solitude has appropriated them in such a way that solitude itself becomes an emblem, a defining trait for walkers, sporadic at best, who in my opinion should be irrevocably lost or absorbed in thought, and a bit confused, too, as when one walks through a space that’s at once alien and familiar. I don’t know if I should call them abandoned places; what I mean is relegated areas, where the surroundings are suspended for the moment and one can imagine being in any park, anywhere, even at the antipodes. A place that’s cast off, indistinct, or better yet, a place where a person, moved by who knows what kind of distractions, withdraws, turns into a nobody, and ends up being vague.