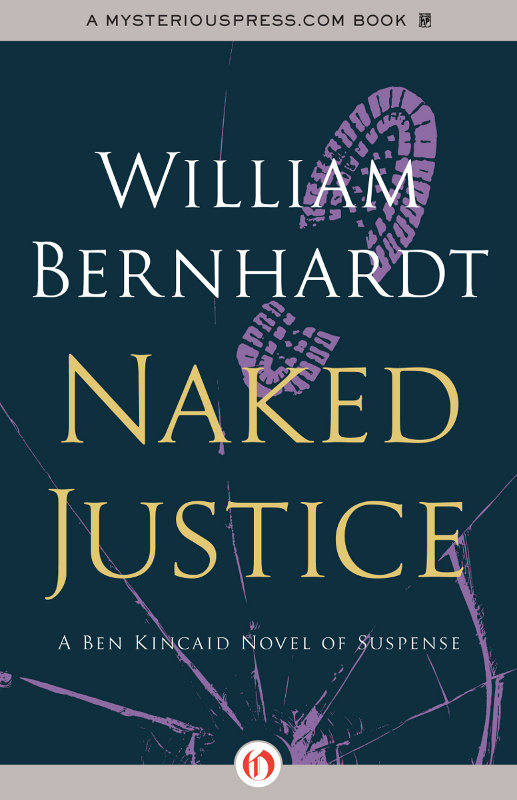 Once again, for Kirsten,

because she deserves it

TWO: They Eyes of the World

A
S THE BARRETT FAMILY
drove from City Hall to the ice-cream parlor, they could scarcely have imagined that soon thousands, if not millions, of people would be scrutinizing, criticizing, and debating what really happened during those final hours.

“I want chocolate chip!” Alysha shrieked, with the breathless anticipation only an eight-year-old confronted with the prospect of ice cream can muster.

They both looped their arms over the front seat of the car. “Daddy, we want chocolate! Can we have chocolate?”

Daddy was a large, broad-shouldered black man who still had essentially the same physique he’d had fifteen years ago when he played college football. “Sure, sweethearts. Whatever you want.”

Caroline glared at him. “What do you think you’re doing?”

“It is not just ice cream. You’re undermining my authority.”

“This is what you always do. You make me play the heavy so you can be the fairy godfather!”

He glanced at the children in the backseat. “Let’s not do this here.”

“Don’t tell me when I may or may not talk. This is an important issue. You’re sending all the wrong messages.”

Daddy’s jaw stiffened. “The only message I’m sending is that they can have whatever kind of ice cream they want.” He pulled into the parking lot across from the Baskin-Robbins.

“You’re teaching our children that they don’t have to obey me. That they can get whatever they want by running to Daddy.”

“This is ridiculous.” He popped open the car door and slid out of the driver’s seat. Alysha jumped toward him as he reached across the backseat and released four-year-old Annabelle from her car seat.

Carrying both girls in his strong arms, he strode across the parking lot to the Baskin-Robbins. Caroline remained several steps behind.

“Honey,” he said, “why don’t you pop into Novel Idea and check out the new books? I can handle this.”

She gave him a stony look. “You’d like that, wouldn’t you?”

He sighed, then carried the girls into the ice-cream parlor.

The man behind the counter, who was wearing a white apron and a white paper cap, rose to attention and saluted. “Afternoon, Mr. Mayor.”

“How’s Jenny? And that smart little boy of yours?”

Alysha and Annabelle approached the front counter, pressed their noses against the glass, and surveyed the rich variety of flavors.

“All right, little ladies,” the man behind the counter said, “what can I get you?

The two girls looked at each other, then turned their eyes slowly back toward their parents. There was a pronounced silence. Art, the scoop man, would later testify that he had never felt such tension in the air, particularly when the only question pending was what flavor ice cream to order.

“Get whatever you want, girls,” Daddy said finally.

“Except,” Caroline added, laying emphasis on each word, “chocolate.”

Wallace Barrett threw up his hands. “Well, I don’t see the point of telling them they can have a special treat and then not letting them get what they want.”

“I told them they couldn’t have chocolate. We have to be consistent.”

“This isn’t consistent. This is just mean.”

“Oh, right. And you, their great hero, are going to ride in and save them from their heartless mother. Is that it?”

“I’m tired of being treated like what I say doesn’t matter!” Her voice was rising; her eyes were red and watery. “You can’t just trample over me like a tight end on the opposing team. I deserve some respect!”

Wallace Barrett’s eyes moved from the ice-cream man to the four customers standing nearby. “Caroline,” he whispered, “you’re creating a scene.”

“I thought we were talking about the children.”

“You were wrong. This is about me. But the only way I can get to you is through them! You don’t give a damn about me!”

His face seemed to solidify. His eyes narrowed to near invisibility and his cheekbones twitched. “Shut up.”

“Don’t tell me what to do, you selfish pig! You’re not mayor over me.”

His voice boomed through the small store like a thunderbolt from Olympus. The other customers jumped away, startled. Witnesses would later say that time seemed suspended for the next several seconds, as if everything was happening in a horrifying slow motion. His voice reverberated along the walls and the ceiling, and as it did, Wallace Barrett reared his thick, muscled arm back, then jerked it forward with a practiced quarterback snap. His fist hurtled around, splitting the air like a knife, moving with impossible speed toward his wife’s beautiful ebony face. Her eyes widened in sudden, paralyzing fear, a fear so vivid and immediate that everyone agreed she must have experienced it many times before. She was terrified, but there was no time to move, no time even to scream, before …

His fist stopped barely an inch from her face.

They stared at one another, their eyes locked together. The large woman eating the brownie sundae would later describe the sentiment conveyed as pure, undisguised hatred.

“You’ll regret this,” Wallace Barrett said in the barest of whispers. His arm was still suspended in the air. It began to tremble, and the trembling spread up his neck to his face, then throughout the rest of his body.

They scampered toward him. “But, Daddy—”

Barrett’s hand swept around in a wide arc and popped her once on the backside. She quieted immediately.

He carried his girls out of the ice-cream parlor. A few awkward moments later, Caroline Barrett followed.

As soon as she was gone, everyone in the store released a communal sigh of relief. Art went on about his business and tried to forget the incident—until later, when the hordes descended on his little store, prying and probing and offering him large sums of money to remember.

The girls did not return later. Not Alysha or Annabelle, or for that matter, Caroline. Because only a few hours later, they were all dead.

One
I’ll Be Judge, I’ll Be Jury
Chapter 1

B
EN KINCAID STARED BLANKLY
at the woman in the black robe, not quite certain he had heard her correctly.

Judge Sarah L. Hart cleared her throat. “I repeat: What else would she be doing with a frozen fish?”

The judge smiled. “Can’t you help me out here?”

Of course, Ben mused silently, if he could have, he would have. Some time ago. Judge Hart had an unerring knack for cutting to the heart of the matter. That, he knew, was why she was one of the best judges in Tulsa County. Of course there were times when you didn’t necessarily want the best judge in Tulsa County …

“Your honor,” Ben said, coughing into his hand, “the fish was not actually frozen. It was … preserved.”

“I’m not sure I understand the difference.”

“These are freshwater fish. Bass. Trout. They’re kept in a freshwater tank.”

“Ah. How ignorant of me. Why didn’t they cover this in judge school?” She removed her eyeglasses and massaged the brim of her nose.

“Ben?” He felt a tugging at his jacket. It was his client, Fannie Fenneman, the fisherwoman under discussion. Ben tried to ignore her.

“Still here, Fannie.” Realizing it was futile, he asked the judge for a moment to confer with his client. “What’s the problem?”

She leaned close to his ear. “I don’t think this is going so well.”

“Really. What was your first clue?”

Fannie tugged uncomfortably at the dress Ben had made her wear rather than her customary overalls and waders. “The judge seems very confused.”

“Mr. Kincaid,” Judge Hart said, “if I might have your attention again …”

“I thought perhaps you could help me sort this all out.”

Ben was mentally posing a few questions of his own. Such as: Why am I here? Why do I always get these cases? Why did I go to law school?

“Your client has obtained some renown as a … er … fisherperson. Is that correct?”

“World-famous,” the judge echoed. “In fishing circles, presumably. Your client has won numerous tournaments during the past several years, right?”

“All of them,” Fannie answered.

“Ms. Fenneman,” Judge Hart said, “are you sure you need counsel? You seem so able to defend yourself, your counsel can barely get a word in edgewise.”

Fannie lowered her eyes and buttoned her lip.

“I see. And so you decided to crack down on this dangerous … fish faker. Stop her before she fishes again. Is that it?”

Edwards adjusted his tie. “I … probably wouldn’t have used exactly those words.”

“I suppose all the triple homicides and depraved sex crimes on your docket pale in comparison with this fish fraud?”

“Of course, of course,” Judge Hart said, holding up her hands. “We can’t be making exceptions.” She shuffled a few papers. “Next thing you know, we’ll have people telling fish stories all over the place. Why, the very phrase
fish story
could come to mean a tale that is exaggerated and not to be believed.”

Dark Coulee by Mary Logue
The Vanishing Thieves by Franklin W. Dixon
Fallen Angel by Laura Taylor
The Betwixt Book One by Odette C. Bell
QuarterLifeFling by Clare Murray
There You'll Find Me by Jenny B. Jones
The Road to Magic (Book 1 of the Way of the Demon Series) by Glushanovsky, Alexey
Kindred Spirits by Rainbow Rowell
Bake Sale Murder by Leslie Meier
Neverwylde by Linda Mooney
Our partner