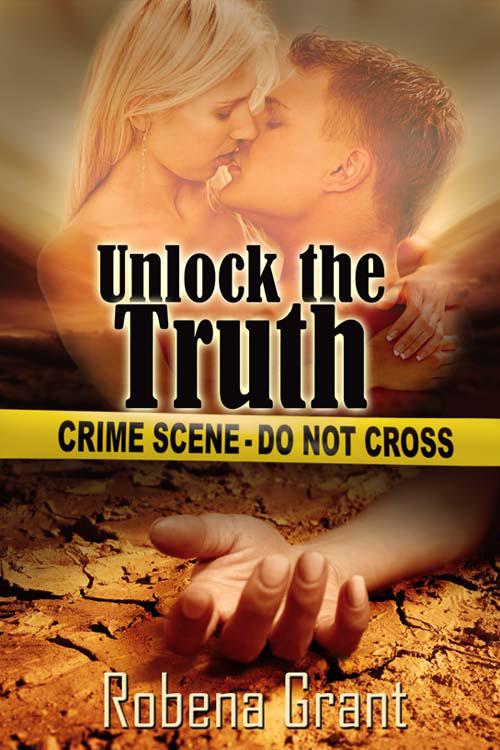 For Gina Bono, the best critique partner ever.

Steve Brennan would chew her out for sure. But after hearing the late news on TV last night she’d risk losing her job to gain access to Three C’s Estates. She’d do anything to find out the truth; even visit the small town in the California desert, despite the heat and the bugs. She blew out a small puff of air and rolled her eyes. This was no time to be worrying about bugs.

The receptionist looked up. Red lights blinked on her desk phone.

“Mr. Brennan’s looking for you.” Wendy adjusted the phone’s handset while connecting to another incoming call. “Good morning, Brennan & Associates, Public Relations, this is Wendy. How may I direct your call?”

“Thanks.” Dena glanced down the long hall. Her boss strode toward them.

“You heard?” Steve waved the front section of the
Los Angeles Times
.

Dena nodded. Wendy wriggled her eyebrows, mouthed a big “sorry” and went back to answering the phones.

“Good morning,” Dena said over her shoulder. Steve followed her into her office. She sat behind the desk but left her sunglasses on.

“I caught it on the late news.” Dena looked up at him. “Can’t say I got much sleep afterward.”

Steve remained standing, and she wondered if he was about to leave for a meeting. He leaned a hand on the back of the chair opposite her, his expression grave as he put the newspaper on the desk. She glanced at it, not really wanting to see the headlines but drawn by some magnetic force.

She cleared her throat and shifted her gaze. “Can you believe another woman’s body had been buried there? I thought they’d done a complete investigation.”

Steve pressed his lips together and shook his head slowly. “You holding up okay?” His pale blue eyes crinkled at the corners as his frown deepened.

“Zeke Cabrera. I have a two o’clock.”

“Now, before you get all steamed up.” Dena raised her hands and leaned both elbows on the desk. “You said I could offer representation to anyone. I could secure my own clients—”

“I did.” Steve rubbed at the back of his neck and glanced away. He smoothed his already smooth tie, and then he slid into the chair.

“This could be a conflict of interest. And, what if he’s found guilty?” He rolled up the newspaper and tapped it against his thigh. “The timing’s just wrong, Dena. I’d suggest you wait until after the results of this new investigation, and—”

“And what?” she asked, feeling her anger rip away from the last remaining shreds of self-control. She swallowed hard and fought to get control of her emotions. It wasn’t Steve’s fault, but her anger bubbled up from within. “I can’t sit around and wait for those small town cops to find out who murdered Carli. It’s been three whole months and not one lead. Somebody down there is covering for someone.”

“I know, I know. Calm down. Did you tell Cabrera who you are…and your relationship to Carli?”

Dena looked down at the stack of message slips. “I will, eventually.”

“Do it, and before he signs a retainer.”

Dena nodded. She knew it could be a conflict of interest. It could bring bad publicity their way, and she hated to do that to Steve. He’d always been good to her. But she wouldn’t back down. She
couldn’t
back down.

“I tried the correct channels,” she mumbled. “If the hotel development company would have allowed me to access the land—”

“It was a crime scene, and a hard hat area,” Steve said. “Besides, there would have been nothing left. No clues to be found.”

Dena blinked hard against the smart of her tears. It was easy for him to say that; Carli wasn’t his sister. She removed her sunglasses and exposed her tired, red-rimmed eyes. “Well, you’re wrong on that count. There’s a second body, remember?”

Steve sat back in his chair and frowned. “Look, the firm’s reputation is at stake here. You’ve become obsessed with investigating your sister’s death. But seriously—”

Dena stacked some loose papers. Anger rose in her chest again.
Did nobody understand
? She swallowed hard.

“Mom needs closure, hell we both need closure. I sense there are clues on that land that Cabrera owned. I mean why did he sell that portion so swiftly? Nobody in the town even knew about the hotel development. Did they?”

“It would have had to pass city council.”

“But it happened so fast.”

Steve straightened. “We’ve been over, and over, and over this, Dena. You have to let it go. Besides, I’m not sure about you going down there. You could put your life in jeopardy—”

“And my job?” She looked up, holding his gaze.

He stood, pressed his lips tight, and glanced at the wall behind him, checking the time on her clock. He would have client appointments and calls to make.

“I’ll leave around eleven,” she said, surprised by the firmness of her voice. “I’ll be in on Monday.”

Steve sighed. “Keep me informed.” He left without a backward glance.

Two hours later, Dena changed lanes on Interstate 10. She checked the rearview mirror, exited the freeway, and drove through the posh desert golfing city of La Quinta, then on to rural Rancho Almagro. She felt hot and sticky and even though it was fall, she turned on the A/C. When she’d spoken to Zeke Cabrera early this morning, she’d neglected to say the agent’s name. She furrowed her brow thinking about that evasion, well, lie.

She thumped the steering wheel. There’d be two lies, because she wouldn’t disclose to Zeke that Carli Jarvis was her sister.

Minutes later, she drove beneath the wooden archway into Three C’s Estates’ private road and caught a glimpse of the white-walled adobe hacienda. Beyond its orange Spanish-tiled roof, citrus trees stretched for miles up to the seductive haze swirling around the deep blue of the Santa Rosa Mountains. She averted her gaze from the lush oasis. She hated the California desert. And not just because her sister was murdered here. She’d always hated the heat and the bugs.

Dena parked in the motor court, grabbed her laptop case, and climbed out of the car. No sense checking make-up; the shadows beneath her eyes would still be there. She strode to the courtyard gate, pulling at the back of her jacket and hoping her clothes weren’t too wrinkled. The gate was locked, and a huge wooden front door stood beyond it. An eerie quiet hung in the air. She glanced about, and then jabbed at the intercom button.

“I have an appointment with Mr. Cabrera.”

A buzzer sounded and she pushed the gate open. The house looked spooky with everything locked up tight. Iron bars covered the windows. She could only imagine what creepiness the vast acreage might hold. A tiny window, set in the middle of the entry door, slid open. Dark eyes stared from behind three black wrought iron bars. Dena gripped her laptop case, holding it tight to her thigh. Locks and bolts opened, and the sounds echoed into the stillness of the courtyard like gunshots.

The door swung wide. A plump Hispanic woman looked her up and down. “Come.”

Dena took off her sunglasses and entered the foyer. Halfway down the long, tiled hallway she gave silent thanks for her suit jacket. Cool shadows filled the house. The click of her heels and the soft swoosh of the woman’s braid, which swung from side to side over a cotton shirt, were the only sounds.

“Mr. Cabrera,” the woman said, with an abrupt halt and sweep of a hand toward an open doorway. “He is in the office.”

“Irma Hernandez.” The woman scowled. “I am housekeeper for many years.”

The woman gave her a suspicious glance and walked away as Zeke Cabrera came out of the office. His steps faltered.

“Ah…,” he said, and rubbed at his jaw. He glanced toward Irma’s receding figure, then back to Dena. “You’re the agent from Brennan and Associates? I expected a male.”

“Yes—my initials—that’s understandable,” Dena said, and held out her right hand. His green-hazel eyes were cool and his handshake brief. He towered over her, staring down his straight nose. She dug into her jacket pocket and handed him her business card.

He narrowed his eyes. Held the card pinched between two fingers like it had cooties and gave it a quick appraisal. “D.L. Roman. That’s you?”

“I requested a
male
agent,” he said, his voice deep, firm. He slipped the card into his pants pocket and indicated she should enter the office ahead of him.

Maybe she owed him an explanation. The truth perhaps? She took a quick breath, held it for a moment, and then exhaled in a controlled manner. “Mr. Cabrera—”

“Please, take a seat. We’ll sort out this mistake in a minute.” He crossed the room in three swift strides, eased into a leather chair and rolled it toward the desk.

Seated to face the carved desk, and the gruff man behind it, Dena wiped her clammy hands discreetly down her suit skirt. “There is no mistake. Not really. I’m a crisis communications expert.”

Zeke ignored her—almost to the point of dismissal—while he arranged papers she suspected needed no re-arrangement.

“No problem.” She turned to the window and her breath caught. A glint of sun on steel in the distance made her heart pound. Could that be the girders of the hotel? Oh geez, she couldn’t have a panic attack here. She closed her eyes, slowed her breathing.

Images of her sister’s body being unearthed by the construction crew replayed in her mind.
Carli
! A tiny shudder jerked her shoulder and she took a quick look around, worried she’d whimpered her sister’s name aloud. It wasn’t right to die like that, not for either woman. Dena pressed her lips tight, glad to see that Zeke remained preoccupied.

This was not the time or place for emotion.

She straightened her shoulders and concentrated on Zeke. How could he be so rude? In her business a guest would have been offered water or coffee. He perused another sheet of paper. His photo had accompanied many of the articles in the
Los Angeles Times
three months ago. Then he’d had a smooth, almost aristocratic bearing. His features were craggy now, and there were shadows beneath his eyes. His dark blond hair looked in need of a trim, and—

He raised his head, and her face warmed at being caught.

La excursión a Tindari by Andrea Camilleri
Rococo by Adriana Trigiani
Where The Heart Is (Choices of the Heart, book 1) by Jennie Marsland
A Treasure to Die For by Richard Houston
Bad Judgment by Meghan March
Blind Spot by Chris Fabry
Tender Stranger by Diana Palmer
Ever After by Anya Wylde
Creando a Matisse by Michelle Nielsen
American Girl On Saturn by Nikki Godwin
Our partner