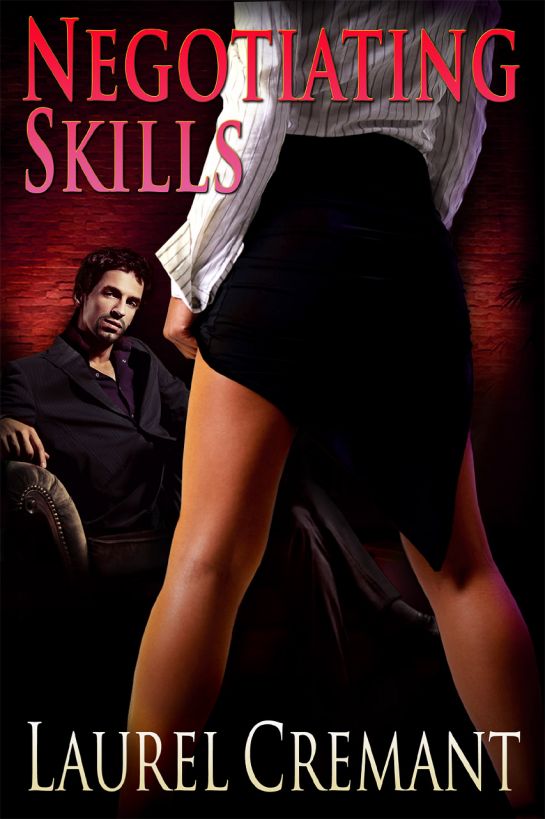 Cover Art and Design
by
Ravven

This ebook is licensed for
your personal enjoyment only. This ebook may not be re-sold or
given away to other people. If you would like to share this book
with another person, please purchase an additional copy for each
recipient. If you’re reading this book and did not purchase it, or
it was not purchased for your use only, then please return to
Smashwords.com and purchase your own copy. Thank you for respecting
the hard work of this author.

This is a work of fiction. Names,
characters, places and incidents either are the product of the
author’s imagination or are used fictitiously, and any resemblance
to actual persons living or dead, business establishments, events
or locales, is entirely confidential.

All rights reserved. This copy is
intended for the original purchaser of this e-book ONLY. No part of
this book may be used or reproduced in any manner whatsoever
without written permission of the author except in the case of
brief quotations embodied in critical articles or
reviews.

To my amazingly loving and supportive
husband who has always pushed me to do what I love and never let me
settle when it comes to my dreams.

A heartfelt thanks also goes out to all
of my family and friends who were still willing to speak to me even
after days, weeks and months of me being sequestered away with only
my laptop unplugged from the net and a cell phone switched
definitively off.

It all came down
to odds
, thought Veronica as she sat in the
plush waiting room of Nile Enterprises. All she needed was one good
break to tilt the odds in her favor.

“
Just one big client,” she muttered
to herself.

She glanced down, checking her
watch for what felt like the thousandth time. She had been waiting
for almost thirty minutes—and the longer she waited the more
tightly wound she became.

She was waiting to meet with
Victor Rossi, the owner and CEO of Nile Enterprises a company that
specialized in property management and owned a slew of properties
throughout Florida and the East coast.

According to her sources, about a
year ago the company hired on a team of developers to build a
software application suite meant to help the individual properties
manage their billing and accounts. The application was nicknamed
CLEO. Unfortunately, the lead developer and software architect
recently quit and took all of the code with him.

The company was desperately in need of a new
lead developer to finish the project and she was hoping to fill
that spot—if only temporarily.

Veronica glanced up to see the woman who had
first greeted her re-enter the room from an adjacent office. She
assumed the office belonged to Rossi.

“
He had a conference call that ran
a little over,” the woman said as she took a seat behind her desk
and began typing on her computer with cool efficiency.

“
No problem,” said Veronica smiling
briefly at the woman and trying not to let her impatience and
nervousness show.

This job would be the break she
needed. Ronnie had moved down to Miami over a year ago after
deciding to finally leave her position as lead developer at a big
software firm in New York. She had grown tired of waiting for the
opportunity to manage her own projects. Unfortunately the
programming world was still very much male dominated, and despite
being one of her firms best programmers she was passed up several
times for promotion.

She made the move to Miami hoping to break
away and start her own custom software application development
firm.

Thankfully, the start-up costs for
programming were relatively low. All she needed was her computer
and a desk to get started. She had picked up a steady amount of
work within the last year, but not enough to get her to the next
level.

She needed to land an account big enough to
give her enough wiggle room financially to hire on a junior
developer. She knew that once she had additional help she could
start pursuing larger accounts. Unfortunately it still took getting
that one big break.

She was hoping that she could
convince Victor Rossi that he didn’t need a new lead developer—that
what he needed was a dedicated software firm to handle the
project.

Veronica had been working on her pitch since
she first heard that Nile Enterprises was looking for a developer.
She knew her numbers were solid and that she could handle the job.
The trick was convincing Rossi.

“
I’m ready now Marie,” said a
disembodied voice, startling Veronica out of her thoughts. She
struggled not to leap from her chair and sprint straight to the
adjacent office door and babble her proposal to Rossi in an excited
jumble.

Instead she looked up calmly to
see his assistant, Marie rise from her desk and open the adjacent
office door. She signaled for Veronica to enter.

“
Thank you,” said Veronica rising
from her chair and walking towards the door.

She took a deep
calming breath before crossing the threshold.
Time for your “A” game
, she thought
before smiling widely and entering the adjacent
room.

Victor was
surprised to see
his
assistant usher a young woman into his office. He was
scheduled to interview a software programmer who could hopefully
take on the task of completing an application suite for the
company.

His conference call ran late, and
he had already kept the man waiting. He needed someone one on board
as soon as possible and wanted to get the required interview over
with.

Taking a quick appraisal of the
young woman walking in, Victor had to admit that she was a
beautiful distraction. She had smooth caramel skin and features
that alone would be considered just pretty but coupled with her
high cheekbones and pouty mouth were visually striking and deserved
more than a second look.

As she approached his desk Victor
couldn’t help but wonder if the curves beneath her boxy pant suit
were as rounded as her lush lips. His appraisal stopped at her feet
and he fought back a surprised lift of his brow.

The woman was wearing the boxiest
suit he’d seen since the 1980’s but had on the sexiest pair of
black pumps.

“
Thank you for agreeing to meet
with me Mr. Rossi. I really appreciate your time,” she smiled at
him and reached out her hand.

Victor frowned slightly as he took
her proffered hand, wondering if Marie had made a mistake with his
schedule.

“
Ronnie is short for Veronica,” she
continued at his confused look.

“
I got the nickname early in
my career and it just kind of stuck professionally, “she said with
a slight upward shrug of her shoulders.

“
Ah. Yes well please have a seat,”
said Victor gesturing towards one of the custom acrylic chairs
facing his desk. He watched as she sat down and noticed the quick
look of surprise cross her face as she settled into the chair. He
was used to the look from first time visitors to his office. The
chairs were a clear acrylic, buffed to look like glass. Most people
assumed they would be hard and uncomfortable, but although he was a
big fan of minimalist design, he was an even bigger fan of comfort.
He had chosen the chairs himself appreciating their clear sleek
look and liking their comfortable design.

“
Again thank you for agreeing to
meet with me on such short notice,” she said settling into her
seat.

“
Yes, well I’m hoping to fill this
position as soon as possible,” said Victor glancing down at the
resume on his desk.

“
So, tell me about yourself,” he
queried.

“
Well first of all, I’d have to
tell you that I’m not here to interview to be your new lead
developer,” said Veronica in an apologetic tone.

“
Excuse me?” asked Victor, quirking
an eyebrow at her.

“
I’m not here to interview to be
your lead developer,” she repeated as she flipped open her
portfolio case and withdrew a presentation folder.

“
I don’t think what you need is a
new lead developer,” she continued as she flopped open the folder
and placed it in on the desk in front of Victor.

“
I’ve got an entire project time
line that would disagree with you Ms. James. I don’t have time to
waste on useless meetings,” he said frowning.

Victor didn’t bother to not let
his irritation show. He was working against a deadline and didn’t
appreciate anyone wasting his time, no matter how attractive the
distraction was he thought as he slid his gaze over Veronica’s
face.

“
I propose that you out source the
entire project. I’ve outlined the details in this report,” she said
leaning forward and tapping her finger on the report open in front
of him, a report that he had yet to glance at since she placed it
on his desk.

Victor merely shook his head at her still not
looking at the report.

“
I’m a firm believer in keeping my
business local. I see no point in sending work outside of the
states when there are perfectly capable workers right here,” he
said as he pushed the report back towards Veronica.

“
Right now you’re suffering from
not having a dedicated application development department,” she
said, leaning back in her chair.

“
You hired a developer with no
oversight and no one on your management team able to decipher his
jargon and double speak. I’m proposing a different approach,” she
said calmly but firmly.

Victor leaned back in his chair and stared at
the woman in front of him. She seemed to have conviction in what
she was saying.

Thinking about how he was
blindsided when Brian his old lead developer jumped ship and took a
year’s worth of work with him, Victor gave a mental shrug and
decided to at least hear the woman out.

“
What do you have in mind?” he
asked finally.

Ronnie released a mental sigh of relief. She
was glad that Rossi had gotten past his initial annoyance at her
deception. She just hoped that she was able to convince him that
her proposal was worth trying.

“
I propose that you contract with
an established developer to handle the project. A contract will be
worked up guaranteeing full rights to the application to your
company,” she said launching into the speech she had rehearsed for
hours.

“
Specifically my company,” she said
throwing out a quick smile before she continued.

“
And why would I want to use you?”
asked Victor slightly amused by her show of confidence.

“
Why shouldn’t I just go with a
more established company?” he continued.

“
Because you wouldn’t get top
priority there,” she said leaning forward in her seat
again.

“
I can offer you complete
exclusivity,” she said earnestly. “You would be guaranteed that all
billable hours would be dedicated to only you.”

Hoping for Love by Marie Force
One Way Forward by Lessig, Lawrence
Noughties by Ben Masters
Gateway to HeVan by Lucy Kelly
Air Ticket by Susan Barrie
The Resuurection Fields by Brian Keaney
The Greatest Power by Wendelin Van Draanen
Broken Ever After by Natalie Graham
Treated and Dyed (A Bekki the Beautician Cozy Mystery Book 13) by Cindy Bell
Falling for Grace by Maddie James
Our partner