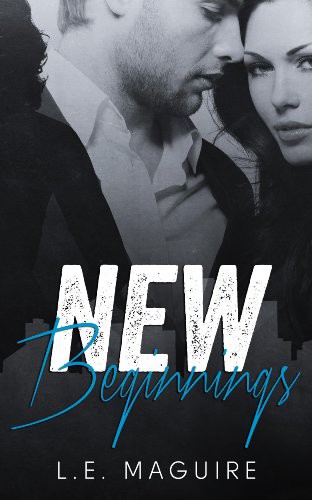 The author acknowledges the trademarked status and trademark owners of various products referenced in this work of fiction.

This e-book is licensed for your personal enjoyment only. This e-book may not be re-sold or given away to other people. If you would like to share this book with another person, please purchase an additional copy for each recipient. If you’re reading this book and did not purchase it, or it was not purchased for your use only, then please return to Amazon and purchase your own copy. Thank you for respecting the hard work of this author.

To everyone who read and enjoyed Starting Over, thank you! This one is for you! ;)

To my husband, Michael, because he believed that I could.

Standing at a window in Renatta’s apartment, I admired the view of Lake Union as I waited for her to put the finishing touches on her make-up. It was Friday, December second, and the usual blanket of gray clouds covered Seattle. The cold wind was whistling as it blew by the window. I placed my palm to the smooth, cold glass secretly hoping for some snow.

I turned and glanced around the room that was once mine and snorted. I had only slept here a handful of times even though I’ve been living in Seattle for over three months now. Once again, I found myself marveling over how much my life had changed.

I sighed heavily thinking how the last year had been an exhausting whirlwind of ups and downs. I divorced my husband of sixteen years after finding out about his affair with an old high school sweetheart. Renatta encouraged me to move from New Jersey to Washington to help her with her growing photography business. We are both currently and happily employed for a company that supplies photos of houses for sale to real estate companies. Renatta still enjoys doing weddings and portraits on the side. I am more interested in nature photography, and Washington State is full of nothing but beautiful locations to satisfy my needs.

But perhaps the biggest and best change of all is Xavier. A wide smile spread across my face like it always does when I think about that beautiful man, and my mind easily drifted back to our first meeting.

Before I even made it to Washington, I had met my soul mate and didn’t even realize it at the time. He sat next to me on the flight from Newark to Seattle. A pulsating energy was evident between us as soon as we made eye contact on that fateful flight. My skin tingled just thinking about it.

I never was a believer in love at first sight. I never thought such a strong connection could exist between two people. Until him.

Glancing down, I admired my beautiful heart-shaped diamond engagement ring with two round diamonds nestled on either side of the heart. Even without the sun shining, it still sparkled beautifully in the muted light cast from the window.

Xavier knew about, and experienced firsthand, my tendency to be intensely jealous often to the extreme, and yet he still wants to marry me. He accepts me and loves me for who I am. How did I get so lucky?

Then my ex-husband, Stephen, relocated to Seattle. He violently pursued me, which resulted in Xavier becoming overly protective. Not that I could blame him. Once I found out that an ex-boyfriend, who then turned the gun on himself, gunned down a former fiancé of his I understood his strong desire to keep me safe.

But I think the biggest shock came when I found out that Stephen had lied to me about the reason why we were unable to conceive a child. For years he made me believe that the problem was because of me, but that all changed the day I found out I was pregnant with Xavier’s baby. Sadly, it wasn’t meant to be though.

An altercation with Stephen abruptly ended my pregnancy, oddly enough, on the very day that I found out about it. The doctor couldn’t confirm that the altercation was the reason why I miscarried, but Xavier and I blamed Stephen. My hand floated down to my abdomen like it always did when my thoughts turned to the life I had lost.

I shuddered knowing that Stephen was still out there. He was currently involved with an old friend of Xavier’s, Carline. How could I be certain that he would leave Xavier and me alone? All I wanted was a chance to start over with Xavier. A new beginning. I just wanted to leave Stephen and the hurt that he caused behind me. But the more Stephen kept resurfacing in my current life, and the more hurt he kept inflicting, led me to believe that he had no intention of allowing me to move on.

Glancing at the wall clock, I gasped at the amount of time I had been waiting. “Renatta!” I hollered. “Aren’t you ready yet?”

“Almost!” she hollered back, sounding exasperated. “Don’t worry. The boys can’t start the wedding ceremony without us.”

Wedding. Damn it. Just the mere uttering of the word had me breaking out into a cold sweat.

Before I headed out to the living room, I stopped at the mirror over the dresser in the bedroom to check my hair and make-up. A light sheen of sweat had formed on my brow. I quickly swiped at it, and then ran my damp, sweaty palms down the pale pink, knee-length chiffon dress.

“Don’t forget the flowers,” Renatta reminded me. She stepped out of the bathroom looking gorgeous. Her blond hair was piled high on the top of her head with some loose tendrils falling down and around her face. Her pale blue dress highlighted her big, dark, blue eyes.

“Wow! You look stunning,” I gushed at my best friend.

We hurried out the door. Stewart was waiting with the limo at the curb. He jumped out of the front passenger seat when he saw us coming and quickly opened the door for us.

As the limo approached the Municipal Court building in downtown Seattle, I quickly pulled out my compact mirror from my clutch. For the second time since driving from Renatta’s apartment, I checked my appearance in the small compact mirror.

“You’re gorgeous,” Renatta said, rolling her eyes at me.

“And you’re biased,” I replied.

She lifted a perfectly plucked brow at me. “So you keep telling me.” She handed me a bouquet of pale pink roses. “Are you ready?”

“Xavier and Tom are already here, Ms. Martin. They’re waiting for you both on the twelfth floor,” Stewart said, as Renatta and I climbed out of the limo.

“Thank you!” I said a little too brightly. I’m just moments away from seeing Xavier. I tried to hide my excitement, but failed miserably. Stewart just smiled at me.

It was customary for the bride and groom to be separated the night before their wedding, so I had stayed at Equinox with Renatta while Tom stayed with Xavier at his condo. I missed Xavier terribly, and neither one of us liked to be away from each other for any length of time. Otherwise, we both found it difficult to concentrate on even the simplest day-to-day activity. Impatiently, I grabbed Renatta’s hand urging her to hurry as we walked up the courthouse steps.

Pat of Silver Bush by L. M. Montgomery
On The Prowl (A Steamy MMF Paranormal Tiger Shifter Menage Romance) by Evelyn Grey
9781618854674DonovansBluesWaitsNC by Unknown
The Coming Plague by Laurie Garrett
April Kihlstrom by The Dutiful Wife
Muhammad Ali: A Tribute to the Greatest by Thomas Hauser
Die With Me by Elena Forbes
Outlaw Carson by Janzen, Tara
Every Third Thought by John Barth
Elemental by Kim Richardson
Our partner