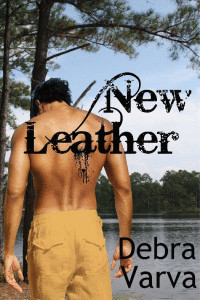 NOTICE: This ebook is copyrighted. It is licensed only for use by the original purchaser. Duplication of this ebook by beaming, email, network, disk, paper, or any other method is a violation of international copyright law and subjects the violator to severe fines and/or imprisonment.

This book is for sale to ADULT AUDIENCES ONLY. It contains substantial sexually explicit scenes and graphic language which may be considered offensive by some readers. Please store your files where they cannot be accessed by minors.

All sexually active characters in this work are 18 years of age or older.

This is a work of fiction. Names, characters, places and incidents are solely the product of the author's imagination and/or are used fictitiously, though reference may be made to actual historical events or existing locations. Any resemblance to actual persons, living or dead, business establishments, events or locales is entirely coincidental.

I want to thank my wonderful friends on MySpace for their unwavering support giving me the courage to write this. A special thanks to Darcy for playing editor, to Alex, Gerard and Suzanne for proof-reading and to D. Storts for the photo ‘NC Waters.’ You guys rock!

I also want to apologize to Barb for talking her ear off about the story. She made a great sounding board, though.

Finally, thank you to the BDSMcircle.net for their gracious help when I had questions.

The differences between the traditional views of the older practitioners and the newer, more casual attitudes are marked as Old Leather and New Leather.

To understand these differences, I entered their world.

Carl sat in the coffee shop located in the lower floor of the Providence Place Mall to watch the two men he'd quietly followed for the better part of an hour. He originally spotted them in the special interest aisle of the bookstore above the shop.

At first, his only interest in the men was visual. They were lovely individually, but together they were stunning. One was dark in a way that suggested he was Latino or Puerto Rican with wavy dark brown hair over copper colored eyes that shone out of an angel's face. The second man was just as impressive with his shiny golden mop that defied style and deep blue eyes. Carl's curiosity peaked as they searched through the books on rope bondage.

Bondage was not his thing. He had no need to tie anyone up or beat the crap out of him to call it sexy. The reverse was also true— no one was doing that to him either. He surfed the web. He knew there were people who got off on that kind of thing. He just didn't think they had both oars in the water. Maybe their mamas beat them as children or maybe their history teacher made the Spanish Inquisition sound cool. Whatever the reason, he believed that sadomasochism was twisted.

Yet, watching the men, he questioned his prejudice against the lifestyle. Their conversation indicated the blond man was in charge. He picked out books that caught his eye and he would tell the other man how beautiful he might look in this design of knots or that one. What got Carl thinking, though, was not what they said as much as how they acted.

Body language was important in Carl's line of work. As a staff writer for the Journal locally and a free-lance writer for the Boston Herald, he needed to know if someone was lying or getting ready to hit him. He felt both skills are equally important. He became very good at reading people and getting his story straight. Right now, his instincts were telling him that he did not have the complete picture on a way of life he had dismissed as barbaric ten minutes ago.

Their love was in the way they focused on each other. Not in the sense that either man had his hands all over his companion, even Providence has its limitations, but each man's awareness of the other was absolute. When the Latino man objected to something in one of the books that Carl couldn't see, damn it, the blond man rubbed his back and talked in low tones of reassurance. Every look, every gesture gave the impression of devotion. Carl was intrigued.

Forty-five minutes later, he was sitting in the coffee shop, sipping his latte and shamelessly eavesdropping. Their conversation was mostly about their jobs and families and, therefore, not of much interest to Carl until he heard the blond mention a club of ‘Doms’ he called Top Men. Exclusive, invitation only and run by someone named James. An idea formed in Carl's head for a story and he rose to approach the men.

“Excuse me. My name is Carl Guttuso and I would very much like to talk to you.”

The blond man took the hand he held out. “Hello. I am Mike Adams and this is Seve Diaz. How may we help you?” He gestured to a chair. “Please, sit.”

Carl retrieved his drink from the other table and joined them. “First, I want to reassure you both that I am an honorable man and have no intention of embarrassing either of you.” He took a deep breath; this was the part where most people either told him their life story or to get lost. “I write stories for the Journal and I would like to ask you a few questions about your club.”

The blond, Mike, looked shocked for a moment, but recovered quickly. “I don't know what you think you heard, but I don't own a club.” His companion's snort of laughter ruined the bland delivery of that line. Without missing a beat, he turned to Seve and placed a finger on his lips. The change in the other man's demeanor was instantaneous. He quieted and dropped his eyes to his coffee.

“I really should learn to keep my mouth shut,” Mike sighed. “I'm not admitting there is such a club and I will deny saying anything, but... give me your cell phone number and I will get back to you.”

Yes! Before the man could change his mind, Carl took a business card from his wallet and wrote his private number on the back. “I appreciate this. Just think it over and I will respect your decision either way.” Already, thoughts and questions were floating around in his head. If this guy agreed, maybe he could get a series of articles out of it. Carl could not wait to get started.

Knowing that his presence was no longer as welcome as it had been a few minutes ago, he finished the latte and stood. “I look forward to hearing from you. Please, remember that my articles are honest exposes of recreational pursuits and alternative lifestyles. I have no interest in ruining anyone's reputation. I don't name names.”

Carl took his leave and headed for the shop's street-side door. As he opened it, he looked back at the couple who had so charmed him. Mike was leaning toward the darker man and ruffling his hair. Almost as if this was some kind of signal, the other man became animated and the two were in a deep discussion as Carl left.

James Pauly spent most of the previous evening wading through the internet to find information on Carl Guttuso. He was duly impressed. Guttuso managed to make a name for himself as a reliable reporter who took the time to understand his subject matter and get his facts straight. In other words, not a sensationalistic writer of fiction.

That was last night. This morning he was Googling the more personal things about the man. A picture showed a good-looking young man of Italian heritage. The rugged Mediterranean look was one of his favorites and as James was nearing forty, a man of thirty-one was young. The brief biography told him the man was openly gay, a plus, and not involved with anyone. Even better. Perfect for what he had in mind, in fact.

All this flurry of activity was due to a panicked call from Mike yesterday afternoon. It took several minutes to convince him that James was not upset over the possibility of discovery. Having a reporter overhear details about his little group was unfortunate, yes, but not catastrophic. The worst-case outcome would be to call the people involved and cancel the next few meetings. A reporter could not investigate what did not exist after all.

James didn't think it would come to that. Everything he read concerning this man confirmed he was a man of honor. Now, it was up to Guttuso to call and allow James to put his plan into motion.

James and his new friends began to meet regularly, expressing ideas and concerns. The support of like-minded men and women was invaluable. Unfortunately, he was wasting his new insights on the sub-for-a-night boys that occasionally came home with him. Something more was needed— a challenge.

He smiled when the phone finally rang. He could have called the reporter himself, of course, but he was not in the habit of chasing his prey. He preferred to lure them in. After letting it rattle a few times, he picked up. “Pauly.”

James loved the smooth timber of the man's voice as well as the surprised inflection at learning his identity. “Ah, you've heard of it?”

Another pause while Guttuso absorbed the shock of talking to the owner of the hottest restaurant in Rhode Island. “Yes sir. It might have been mentioned a time or two.” Wry amusement came through the line at James’ small joke. “I'm sure Mike Adams told you what I wanted. I would very much like to interview you about the unique nature of your club. I promise... ”

James interrupted him. “I am home at the moment. Let me know when you are outside the gate and I will buzz you in.” He gave the other man his address and hung up, knowing Guttuso would not be able to resist.

Holy shit! Carl could not believe it. James Pauly was the president of a club for sadistic control freaks. Okay, maybe chefs had a reputation for exactly that, so it was possible this was not a big stretch for Pauly. Still, the thought of the distinguished businessman hosting Top Men astonished him. Asking Carl to come over and interview him about it was nothing short of a miracle.

These thoughts ran around in his head as he gathered his notepad, recorder and keys together. Thankfully he lived nearby, one of the joys of living in a small state, and less than a half hour later he pulled up to the gate at the end of the driveway leading to Pauly's home.

He re-dialed the number Mike gave him and waited for Pauly to answer. Instead, the wrought iron gates opened and Carl shook his head as he closed the phone. He was beginning to understand that Mr. Pauly was toying with him and he didn't know if he should be insulted or amused. For the moment, he would go with amused. Grinning, he drove through the gate and up the drive.

The house was impressive, but not the huge mansion he expected. It was more of a large bungalow with lots of windows overlooking the lush landscaping in front and the private pond behind. The pond itself was not a surprise, however. Rhode Island might be the Ocean State, but hundreds of small ponds and streams peppered the state. The Zen-like setting seemed out of character for a man of Pauly's energy.