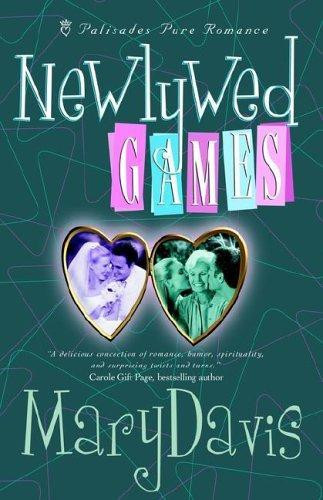 “M
EGHANN
?” B
RUCE LIFTED HER CHIN WITH A LIGHT TOUCH
of his finger. The tenderness in his eyes was heart wrenching. “Ah, Meg…what you do to me.”

His hand cupped her face, and the gentle touch sent shivers coursing through her. He was going to kiss her and she was glad. She wanted him to do it. Now. Here. with no one around to see them.

But even as she leaned toward him, his hand fell away, and he turned back to grip the steering wheel.

Then, without a word of explanation, he turned the key in the ignition.

Mortified, Meg sat there, gripping her hands together in her lap. She was such an idiot! Why would he even think about kissing her? She was a friend, nothing more. Someone he’d promised to help.

The sooner she got that through her stupid head—and her foolish heart—the better off she’d be. 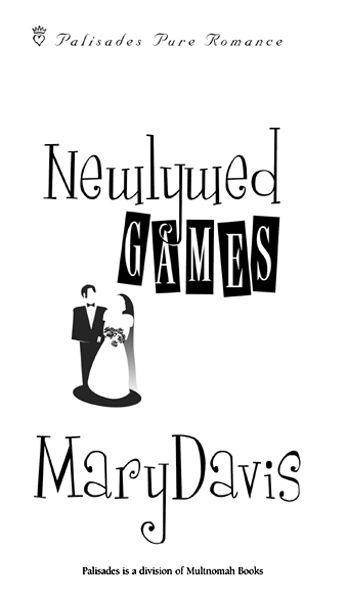 Palisades
is a trademark of Multnomah Books, and is registered in the U.S. Patent and Trademark Office.

ALL RIGHTS RESERVED
No part of this publication may be reproduced, stored in a retrieval system, or transmitted, in any form or by any means—electronic, mechanical, photocopying, recording, or otherwise—without prior written permission.

To the Lord who made all this possible.
To my husband. You have always stood
behind me and believed in me. Moine!
And to my mom and sister.
Thanks for your encouragement and help.
A special thanks to my editors, Julee and Karen,
for all their help and hard work.

Someone might argue, “If my falsehood enhances God’s truthfulness and so increases his glory, why am I still condemned as a sinner?” Why not say…“Let us do evil that good may result”?

B
RUCE
H
ALLOWAY HAD LOOKED UP WITH A START WHEN HE
heard the ruckus outside his office window. It sounded like an all-out war with all the shouting and crying going on. He pushed out of his leather executive chair and moved toward the window to see if he could break up the commotion.

Meghann
?
What on earth are you doing
?

His office, located on the first floor of the Palace Hotel, overlooked a small grassy patch with a dogwood tree and a flower bed. One of his employees, Miss Meghann Livingston, rose on some sort of stepladder from the center of the excited crowd that had gathered around the tree.

Was she out to break her pretty little neck?

With the thinning fall leaves, he could see a small gray kitten perched up in the tree. From what he could discern, the terrified cat belonged to the crying little girl and it had been chased up the tree by the still barking corgi, who apparently thought he could climb up after his prey.

When Meghann reached for the frightened, cross feline and was hissed at and clawed, Bruce made a bee-line for the chaotic group. He reached them just as Meghann captured the kitten. It took all his skills, but he managed to soothe the little girl, calm the distressed maid, who was acting as baby-sitter, and appease the agitated dog owners all while keeping his fearless employee from tumbling from the rickety ladder with needle-sharp claws in her neck, hand, and shoulder.

Back in his office with Meghann, Bruce said, “Why didn’t you come ask for help?”

“It was just a poor, defenseless, little kitty, hardly anything worth calling out the cavalry for.”

He took her wounded hand and turned it over, surveying the damage. She had multiple scratches on both sides of her right hand and forearm but nothing that was bleeding much. “Hardly defenseless.” Leave it to Meghann to jump in and try to take care of the situation.

He sat her on the couch and retrieved a wet washcloth and first-aid kit from the private restroom off of his office. He sat next to her and gently cleaned her wound-riddled flesh. She grimaced at the pain but didn’t complain or cry out.

As he sat ministering to her injures, touching her warm, silky skin, it felt as if jolts of electricity coursed through him. What he really wanted to do was pull her close and wrap her in his arms, but with great effort he restrained himself.

He had made a point to keep a professional distance from all the female staff, this one in particular. From the moment he was introduced to her and shook
her slender hand, he felt some sort of unexplainable connection he hadn’t been able to shake. So he put extra effort into keeping their contact minimal and strictly business.

But now he feared his resolve was quickly dissolving with her sitting here, letting him treat her scrapes. He also feared she was far too intriguing to avoid any longer.

It was the middle of December and the fresh blanket of snow that had covered the ground the night before had melted in the strong Colorado sun. The Palace Hotel’s Christmas party was winding down by the time Meghann had joined the festivities. She hadn’t cut her shift short like so many others had. No, Meghann stayed at the front desk until her shift was over, allowing her coworkers to enjoy the party. He was starting to have a nice conversation with her over a cup of eggnog when a sultry voice from his past brought him up short.

It could be none other than Charmaine Altman. His ex-girlfriend was a stunning five-foot-eight glamorous platinum blond, not a flaw to be seen…on the outside anyway. He wanted to ignore her in hopes she would go away but knew that would be rude, and so, he turned to her. “Charmaine.” He had thought he had gotten away from her for good.

“You are a hard man to track down.”

But you still managed it.

She extended her slim manicured hand to him with
her long blood-red nails. He wasn’t about to take her hand, and he stretched his arm around Meghann’s chair. “I’ve been here.” He hoped she wasn’t going to make a scene.

“Who’s this?” she said as if she had only just noticed Meghann sitting with him. “The latest flavor of the month?”

Bruce’s lips tightened. “She’s a friend.” But he hoped she would become more.

Those perfectly sculpted brows arched. “A friend?” She turned her gaze on Meghann and studied her. “Since when do you have
friends
of the female persuasion?”

“I know you can do better than this. She’s hardly anything worth getting jealous over.”

He heard Meghann take in a quick breath and sensed she would like to give Charmaine a piece of her mind, but Bruce was faster. “That’s enough!” He stood face-to-face with his adversary. He could put up with a lot by the grace of God but not her insulting Meghann, a true beauty.

Charmaine took a step toward him. “I always could get a reaction out of you.” She raised a haughty brow, obviously pleased with herself.

He stepped back, refusing to let this woman get to him. Why couldn’t she leave him alone? He wondered what Meghann thought of their exchange and was almost afraid to turn to her, but he did.

“Let’s go.” He held out his hand to her. “I’ll take you out for dinner.” He figured an all-out retreat was his best defense before Charmaine got really ugly, or he said something he would regret. He wasn’t sure Meghann would accept the invitation because their relationship had always been strictly professional, but she rose and went with him without hesitation, most likely to escape any more of Charmaine’s tawdry remarks.

They had almost made their escape when they were sidetracked in the lobby, and Bruce had to excuse himself to take care of some business. The business took longer than he anticipated, requiring an immediate trip out of town. On his way back to tell Meghann he would have to put off their dinner engagement, Charmaine waylaid him in the hall.

“I must say I didn’t expect you to abandon your little
friend
so soon, but I can’t say I’m sorry about that.”