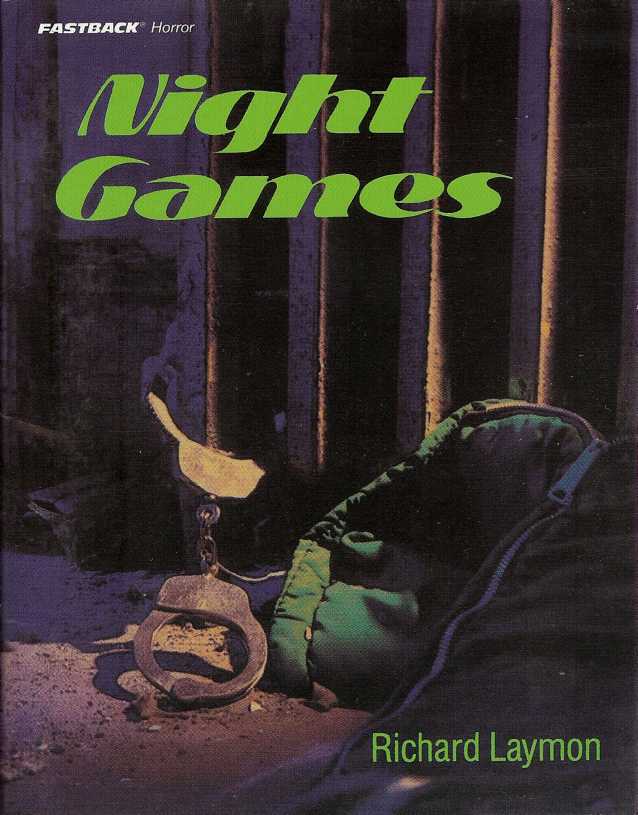 Copyright© 1985 Pearson Education, Inc., publishing as Globe Fearon®, an imprint of Pearson Learning Group, 299 Jefferson Road, Parsippany, NJ 07054. All rights reserved. No part of this book may be reproduced or transmitted in any form or by any means, electronic, or mechanical, including photocopying, recording, or by any other information storage and retrieval system, without permission in writing from the publisher. For information regarding permission(s), write to Rights and Permissions Department.

J
anice was about to take a sip of coffee when the chair beside her suddenly shot backwards. Her hand jerked. The hot liquid sloshed against her chin and dripped onto her blouse.

She turned her eyes to the young man standing behind the chair. "You," she muttered.

Janice didn't answer. She grabbed a napkin and dried herself as he sat down on the chair. He slapped his book of Edgar Allan Poe mysteries on the table, and smiled. "What are you up to?" he asked.

"The student union's no place to study."

"Not with you here."

He laughed. "How right you are. I'll leave, but first you have to promise you'll go to the show with me tonight. There's a great double bill at the Metro,
Dawn of the Dead
and . . ."

"You scared those kids witless. That's all you
ever
want to do---scare people. You're almost twenty, Lyle. Why don't you grow up?"

He frowned, pretending to pout. "Does this mean you won't go to the movies with me?"

He suddenly smiled. "How about a midnight picnic at the graveyard?"

"No thanks," she said. "Find someone else to play your night games with."

"It's too cold for outdoor games anyway. How about a visit to the Creekmoss house instead?"

Janice shook her head. "Give me a break. You wouldn't set foot in that old place for a million bucks. When it comes right down to it, you're a chicken, Lyle."

"How much?" Janice asked.

"You're right. For ten bucks, I won't go near the place." She took a sip of coffee.

"What about a hundred?"

"Are you kidding me?" she asked.

"Have you got the guts?"

"For a hundred dollars, I've got plenty." Even as she spoke, she felt a shiver of fear.

Lyle leaned closer, elbows on the table. "Aren't you afraid the ghost will get you?" he said in a low voice, trying to sound spooky.

"I don't believe in ghosts."

"They say Creekmoss didn't, either, until it crept out of the dark and tore him to pieces."

He grinned. "Then you'll go inside that house with me?"

"For a hundred dollars, I will."

"What if I give you five hundred?"

"To spend the night alone in the house."

Janice's heart started thudding hard. She suddenly felt cold and sick inside. "Are you nuts?" she muttered.

"You said there's no ghost. So what is there to be afraid of? All you have to do is stay there till morning, and I'll give you five hundred bucks."

She started to pick up the coffee cup, but her hand was shaking so badly that she had to set it down again. Five hundred dollars was more than she made in a month working part-time at the university library. "Do you have that kind of money to waste?"

He laughed. "Oh, it won't be wasted. Because, long before dawn, you'll run out of the house screaming. If that happens---and it will---I won't owe you a penny."

Janice wiped her sweaty hands on her skirt. "Bring the cash," she said.

T
hat afternoon, Janice walked to a shopping mall near the campus. She was very nervous. She felt better, however, after buying a cashmere sweater that she had wanted for a long time. It cost a lot of money. But by tomorrow she would be five hundred dollars richer, so she knew she could afford it.

In a sporting goods store, she found what she needed next to a glass case full of handguns. "I'll take that," she said.

The clerk looked at her strangely, and she blushed.

With the packages clutched in her arms she hurried toward her apartment. The sky to the north was dark with clouds, and from the fresh smell of the breeze she knew there would soon be a storm. She was safe inside by the time it hit. Standing at her window, she saw lightning rip across the sky. Rain blew against the glass. Thunder rumbled. On a hill far across town, the steep roof of the old Creekmoss house was visible above the swaying treetops.

In a few hours, she would be alone inside that awful place. She rubbed her arms. They were bumpy with gooseflesh.

She thought about backing down.

But she had already spent nearly a hundred dollars. Now she really needed that money from Lyle.

There is no such thing as ghosts,
she told herself.

It crept out of the dark and tore him to pieces.

She changed clothes, putting on jeans, a flannel shirt, and boots. She made spaghetti for dinner, but couldn't eat much. Time passed very slowly. She tried to study, but couldn't keep her mind on the book. She stared at the television. Finally, at five minutes to ten, she slipped into her jacket. She put on a battered old cowboy hat to keep the rain off her head, picked up her sleeping bag and purse, and went downstairs.

As she reached the lobby, she saw Lyle's Mustang swing to the curb. She pushed open one of the glass doors and rushed through the downpour. Lyle opened the passenger door for her. She climbed in, and pulled it shut.

"What a wonderful night," Lyle said, "for ghoulies and ghosties."

"Have you got the money?"

"But of course. I made a trip to my friendly bank." He took out his wallet, turned on the overhead light, and counted out ten fifty-dollar bills.

He put them back in his wallet. "You're really going to try this, are you?"

"Why is your voice shaking?"

"Oh, I thought you might be just a
little
scared," he said.

A
t first there were many houses along the roadside, then fewer and fewer, and finally none at all.

Nor were there any street lamps. As they drove through the darkness, the wet surface of the road ahead of them shone in the glare of the car's headlights.

Lyle slowed down and turned onto a narrow road. It led up a wooded hillside. "We're almost there," he said. "How are you doing?"

He laughed. He sounded nervous, himself, and he wasn't the one who would be spending the night in the Creekmoss house.