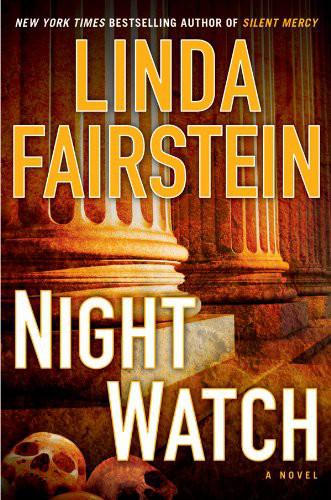 Sexual Violence: Our War Against Rape

Published by Dutton, a member of Penguin Group (USA) Inc.

Evil is unspectacular and always human,

And shares our bed and eats at our own table.

Bones. Human bones the length of a man’s thigh. I stopped short at the sight of more than a dozen of them stacked like a cord of firewood just steps in front of me.

I paused to catch my breath before heaving my shoulder against the thick wooden door for the third time. The sturdy threshold, reinforced with rust-covered strips of wrought iron, had withheld assaults by barbarian invaders throughout centuries, so I didn’t have much hope that it would yield to my slender frame.

The cobblestone alleyway that led back up a steep incline to the center of town was dark, except for a sliver of light that sliced through it like a laser from the two o’clock angle of the waning crescent moon.

“It’s some kind of sick joke, Gaspard.” I raised my voice as I addressed the perpetually drooling basset hound that was probably sleeping soundly just inside. There was no one else around to hear me, and I was trying to stay calm though staring at this cache of skeletal remains. “There were no bones here when I left the house for dinner.”

I was dead-ended outside the entrance to the grounds of the ancient mill—a medieval
moulin
—that Luc Rouget had converted
into his home on a hillside in Mougins, a perched village in France that overlooked the glittering Côte d’Azur and the city of Cannes.

I glanced down again, trying to calculate how many dead men it had taken to create this ghastly tableau. The bones looked yellowed with age, but maybe that was a trick of the night sky. I picked up my head to return to the business of wrestling with the old iron door handle, which I had never before known Luc to lock.

I could hear voices in the distance, coming from below the house, where the dense Valmasque Forest surrounded the village. Deep voices of several men carried up over the stillness of the hillside, punctuated by the shrill laughter of a woman.

It was an early-spring night, cool and dry, but I had already worked up a sweat as I struggled against the mammoth door. I turned to make my way back up the slope to find Luc and our friends, but my left heel caught in the uneven spacing between stones. I nervously braced myself against the wall to disengage it, and as I kicked loose, my foot grazed the top of the mound behind me.

Several of the bones smacked against the ground, rolling or sliding out of sight in the darkness past the entryway. I leaned down to try to catch a couple but missed entirely. Too much good wine over too many hours had affected my judgment—like my decision to return home alone—and my balance.

The voices seemed to be getting closer to me, as though the interlopers had breached the wall at the bottom of Luc’s property and were approaching his house. They were no longer loud and laughing, but whispering among themselves.

The pile of bones that had looked so sinister to me moments earlier was scattered across the cobblestones. My own doing, of course, but now it seemed as haphazard and benign an accumulation of debris as though Gaspard had dragged them home from the woods after an evening of foraging unsuccessfully for live prey.

More than a decade as a prosecutor in the Manhattan District Attorney’s Office had provided enough fuel to stoke my imagination, even in the midst of a vacation, when presented with the
slightest opportunity. But I shivered reflexively as I looked down. There could be no innocent explanation for the sudden deposit of a collection of human bones.

I unstrapped my sandals and stepped out of them. I was jumpy and slightly intoxicated. It was only a short walk from the cul-de-sac in which I found myself trapped to the center of town, the public square where Luc’s restaurant anchored this quaint village known for its culinary landmarks.

I hugged the wall of the old mill as I retraced the route up the slope, the cool stones beneath my feet radiating chills as though I had dipped them in cold water.

Suddenly, at the top of the alley, I saw the figure of a large man, filling the opening toward which I was headed. He lifted his arm and shined a flashlight in my direction, blinding me momentarily. I twisted my head away, and when I looked up again, shielding my eyes, he was gone.

Why hadn’t I asked him for help? The liquor had slowed my reflexes and clouded my thought process. I should have called out to him, but I feared he might be lurking near Luc’s home because he had something to do with the skeletal remains that had been planted there just a short time ago.

Better to be in the public square than cornered where I was, so I forced myself to move more quickly. Twenty or thirty paces and I emerged directly onto the narrow main street of the old village.

At least it was lighted by the dim glow of antique street lamps, even though there wasn’t a person in sight. Off to the left was a row of small shops, galleries, and restaurants that led to the car park and the road out of town. I turned to my right, where the bakery and apartments above it were all shuttered tight for the night.

The main street snaked in a circular path, winding and climbing through the tiny village to its highest point, where la Porte Sarrazine, the great fortification built in the twelfth century to protect the
Mouginois
monks of Saint Honorat from attacks, still stood watch over the countryside below.

I had separated from our group there on the ramparts above the village, and now I was too anxious and agitated to work my way back up to find them. I hadn’t taken a purse or cell phone with me. I hadn’t anticipated need for either.

But the restaurant Luc owned was in the center of the village, within my sight. It was not that long after the normal closing time, and I hoped one of the staff would still be cleaning up and could get a message to Luc to come home immediately.

I walked in the dead center of the street, oblivious to the pebbles that poked me underfoot. I kept reminding myself that I was in one of the safest places imaginable, a village that looked like a movie set for a caper with Grace Kelly and Cary Grant.

I had come to know Mougins as a small piece of paradise, tucked into the foothills of the Alps in the southeastern corner of France, to which people from all over the world traveled, simply in order to dine elegantly and well. No third world gratings covered the windows of the pricey shops, rarely did anyone lock doors of villas decorated with works by old masters and modern artists, and the tiny residential population bragged that this town had no reason to keep statistics about violent crime. There simply wasn’t any.

Wake Up Happy Every Day by Stephen May
The Girl Next Door by Kim Ashton
Honest Betrayal by Girard, Dara
Lanark by Alasdair Gray
Alive (The Crave) by Martin, Megan D.
Dying Scream by Mary Burton
The Turquoise Ledge by Leslie Marmon Silko
Finding the Dream (For the Love of Music #1.5) by Mia Josephs
To Tame a Wilde (Wilde in Wyoming) by Terry, Kimberly Kaye
When I Hurt (Vassi and Seri 2: Russian Stepbrother Romance) by Marian Tee
Our partner