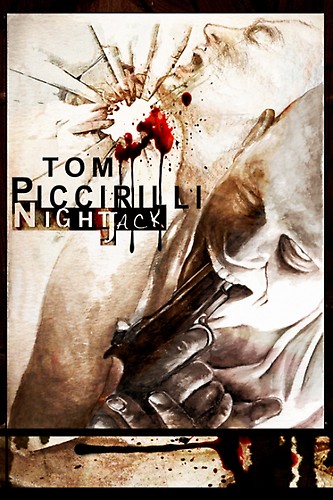 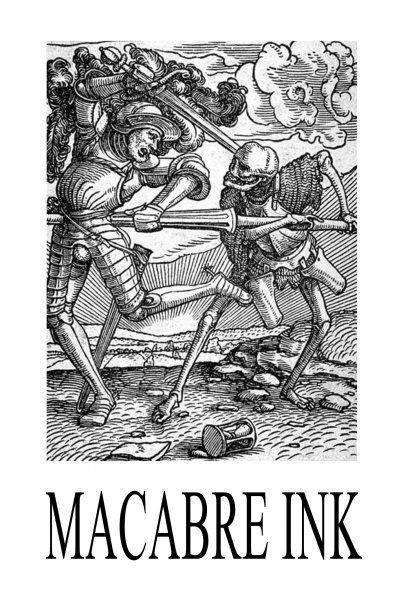 This book was copy-edited by Neal Hock

This e-book is licensed for your personal enjoyment only.  This e-book may not be re-sold or given away to other people.  If you would like to share this book with another person, please purchase an additional copy for each person you share it with.  If you're reading this book and did not purchase it, or it was not purchased for your use only, then you should return to your vendor of choice and purchase your own copy.  Thank you for respecting the hard work of this author

Jenks and Hale aren't friends, partners, or even next door neighbors anymore. Not since they each lost their jobs and had their homes foreclosed. Not since they lost their wives and kids and whatever stability they'd fought for in the world. Adrift on the streets of New York, Jenks' dark path seems to parallel Hale's step by step.

After Hale is found nearly dead beside the corpse of a nine-year-old girl, and soon after commits suicide in a mental hospital, Jenks decides to find out just what the hell happened. What happened to Hale and the girl, what happened to the wayward American Dream, and what happened to his youth and forfeited hopes.

Because whatever happens to Hale happens to Jenks just a few months later.

Crease is going back to his quaint, quiet hometown of Hangtree.

It's where his father the sheriff met ruin in the face of a scandal involving the death of a kidnapped little girl and her missing ransom. It's where crease was beaten, jailed, and kicked clear of the town line ten years earlier.

Now Crease is back. He's been undercover for so long that most days he feels more like a mobster than a cop. He doesn't mind much: the corrupt life is easier to stomach than a wife who can't understand him, a son who hates him, and a half-dozen adopted kids he can't even name anymore. He's also just gotten his drug-dealing, knife-wielding psycho boss Tucco's mistress pregnant.

A fine time to decide to settle old scores and resolve a decade-old mystery.

With Tucco hot on his tail, Crease has to find his answers fast. Who kidnapped little Mary? Who really killed her? Was his own father guilty? And what happened to the paltry fifteen grand ransom that seems to spell salvation to half the population of Hangtree? The town still has a taste for his blood and secrets it wants to keep. Crease has a single hope; a raw and raging fever driving him toward the truth that might just burn him up along the way.

and Byron and Edgar

my two pals who were there with me through it all

who we lost along the way

Miss you, my boy

more Jack than you can handle!

and in memory of Jack Cady

Jack of All Trades, Master of Each

They actually ask you that right before you step back into the world. While you’re standing there in the corridor, twenty feet from the front door, holding tightly to your little bag of belongings. You’ve got a change of clothing, five or six prescriptions, the address and phone number of a halfway house. A few items they let you make in shop, what they called the Work Activities Center. Maybe a birdhouse. A pair of gloves that didn’t fit.

Pace had an ashtray and a folded-up pair of pajamas that he’d stitched together himself on an old-fashioned sewing machine. It reminded him of the one William Pacella’s grandmother had in her bedroom. She used to make clothes for the whole family, had this big sewing basket with two thousand miles of multi-colored threads and yarn. She’d crochet sweaters for him every year for Christmas. Always in the hairnet, wearing black, she’d say,
Non strappi questi, mie mani sono vecchio
. Don’t rip these, my hands are old. Pacella would hug her and hear the click of her poorly-fitted dentures as she pressed her wrinkled lips to his cheek.

A final test to see if you’re really on your toes. Like you might suddenly drop, fling the pajamas aside, and thump your chest with your fists. Cry out, No, I’m still insane, you’ve found me out, seen through my thin charade, damn your eyes.

But then again, you could never tell, it had probably happened before.

So they escort you back to your room, unfold your pajamas, put the ashtray back on the nightstand, and get your slippers ready for your feet again. You step into the lounge area and all the other headcases look at you like the prize screw-up you are. Sort of laughing while they say, You botched the question, didn’t you. We practiced and rehearsed but you went and told them the truth, that you were still nuts. The hell’s the matter with you?

The other wrong answer was when you told them, Yes, I’m fine. Then they knew you were still fucked.

What they really wanted to hear you say was that you were sick and you’d always be sick, and you knew you’d always be sick but that you’d make an effort to stay stable by taking your medication regularly. That you’d attend the outpatient group therapy sessions, keep in touch, and if you had any serious troubles along the way, you’d check yourself right back in for a short-term observation period.

So Pace told them that.

He meant it, too, and thanked them for all they’d done. Humbly grinning at the nurses, the guards, the other staffers of Garden Falls Psychiatric Facility. All of them moving off down the hallways, giving him the stink eye that said, Whatever happens, just don’t come back here. We have enough trouble.

All right, so he was almost back on the street. He looked left and right down the corridor once more, feeling a little lost. He was alone now. It was a condition he didn’t like and couldn’t seem to get used to.

He started for the front door and stopped. He was supposed to wait here for somebody. For a minute he couldn’t remember who, and then—as she stepped from her office and came at him—he did. His shrink, the assistant Chief of Staff, Dr. Maureen Brandt, was at his side, moving in sync with him as they walked to the exit, shoulder to shoulder.

Dr. Maureen Brandt. The name didn’t exactly slide off the tongue. He’d worked it around in his mouth for almost two years now. She often frowned when he said her name because he usually rested on it an extra second, as if he had to remember it all over again. She’d jot notes on her pad and look up at him without raising her chin, her dark gaze burrowing into his head. It wasn’t exactly an unpleasant feeling.

“How are you doing, Will?” she asked.

All the nutjobs on the ward always said fine because they didn’t have the wit to say anything else. The candor had been burned out of them with primal scream therapy. Three in the morning and these idiots are practicing their prehistoric shrieks, regressing back to cavemen. Hauling ass down the hallways trying to escape the mastodons and saber-toothed tigers. This was supposed to help them with the issues they had with their parents, the oily uncles who took them into the bathroom. Instead, it just started the whole zoo shrieking.

Pace opened his mouth and the word wasn’t his word. The voice wasn’t his voice either. It said, almost buoyantly, “Fine.”

Dr. Brandt smiled at Pace, the condescension mixed with something else. Fear maybe, or disappointment. Like she missed the man he was before she got her hands on him.

Her face was one of those sculptures that looked too perfect to be real. So beautiful it had a kind of awful magnificence that had enthralled him from the beginning. It didn’t have so much to do with her looks as it did with what lurked beneath. A kind of force he connected with even though he couldn’t see it and didn’t know what it was.

The first time he’d seen her he was just waking up in the hyper-white hospital room, strapped into this funky straitjacket that was tied to stainless steel railings surrounding the bed.

It was supposed to induce calm, revert you to the pre-natal lull of the womb. Give you the feeling that you were weightless, hanging there in mid-air. Like you might wake up unable to move and actually feel good about it. Just turn your chin aside and smile at the three doctors and two burly attendants standing around waiting to pummel the shit out of you if you got out of line.

Dr. Maureen Brandt introducing herself by name while she flicked a fingernail against a syringe, making sure there were no air bubbles. Pace looked down and saw he was completely covered by the straitjacket, even his feet. The only place she could push the plunger was into his neck.

Unless your mother had a significantly fucked-up pregnancy, this was not the pre-natal lull of the womb.

“Are you sure you’re all right, Will?” she asked as they hit the front door. He was back in the present. He had some trouble keeping himself focused on the here and now.

She carried her briefcase with a sort of haughty air, swinging it a little. Five pounds of notes, files, charts, digital video, and transcribed interviews. Two years of his life distilled into the most boring reading anybody would ever have to suffer through. Every third word something you’d have to run to the Psychiatrist’s Dictionary to look up. His life, all his many lives, all the many
hims
, laid out like tacked luna moths.

It was drizzling. They headed down the cement walkway to the guard station. The guy in the tiny booth perked up when he saw Pace coming. He stood with a hand on his taser, hoping he’d get to yank it and fire some current into an escapee’s ass.

Pace wondered if it would affect him, the way he felt. Maybe it would wake him up some.

They entered the booth. Dr. Brandt still had to sign reams of release forms. Every piece of paper saying that Pace was sane, or if he wasn’t, she’d take responsibility for it.

Gospel by Sydney Bauer
The Guardian of Threshold by A. A. Volts
Engineering Infinity by Jonathan Strahan
Annie's Neighborhood (Harlequin Heartwarming) by Fox, Roz Denny
The Janson Command by Garrison, Paul
Streams Of Silver by R. A. Salvatore
Sit for a Spell (The Kitchen Witch, Book 3): (Witch Cozy Mystery series) by Morgana Best
Marked for Death: Islam's War Against the West and Me by Geert Wilders
Disclosure by Michael Crichton
His Old Kentucky Home by Brynn Paulin
Our partner