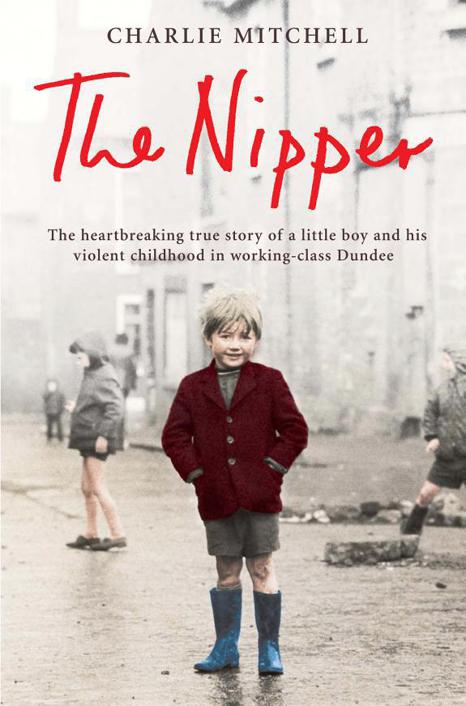 In loving memory of Shane,
the nicest and funniest person
I have ever had the pleasure to meet.
I’ll see you again one day.
Your big cuz, Milky Mitchell

Chapter One - First Day, No Way

Chapter Four - The Woman in the Bath

Chapter Seven - The Laughter that Hurts

Chapter Eleven - Inside an Igloo with a Drunk Bear

Chapter Fifteen - Bonnie and Me under the Stars

Chapter Eighteen - The Boy, the Dog and the Four Foot Woman

Chapter Twenty-Five - Off the Leash

Chapter Twenty-Seven - A Voice in the Wilderness, a Face in the Crowd

I
am an optimist and believe that everyone deserves a second chance in life. But I also believe that some people, such as my father, are evil to the point of insanity and beyond help. I am sure when you read what happened to me as a child you will understand what I mean.

For years I have tried to work out the reason for his behaviour towards me and have never come up with an answer. I’ve put it down to a chemical imbalance in his brain. Like being born without that cut-off switch that tells you right from wrong. These kinds of people know what they are doing is wrong but don’t care. And they use alcohol or drugs as an excuse to hide the fact that they actually enjoy it.

If you drink or take drugs, you do turn into a different person. But it’s not an excuse. You make your own life choices. And if you turn into a monster when you fill your body with
these things, then it’s your responsibility to stop taking them. Life is really hard sometimes and every choice you make determines your future, and everyone is capable of making the wrong choices at some point in their life. The main thing is that you learn from your mistakes. Because one day your freedom may be taken away, or even worse, your life.

This book will show you the devastating effects child torture can have on a kid. It will make you sad and make you laugh and sometimes will make you dislike me. I’m in no way proud of any of the stories in this book, and I just hope that people can understand why I was like the way I was. My main aim is to show young people who are thinking of choosing the life I did what the consequences are. And to show people that no matter how close you are to death and giving up, there is always a chance that you can turn your life around.

In life, every decision you make has an outcome, some good and some bad, and there are always two roads you can take. I always chose the wrong road, as my anger or need for attention would make the choice easy. But over the years I have realised that I was using my childhood as an excuse for everything I did. A large part was my father’s fault, but a lot of it was down to the roads I chose.

Drugs and drink were my choice, and the violence that followed was caused by my decision to take them, as they would trigger memories of my childhood. I just pray that after you read this book, you will forget about being a victim, and start thinking about what is good in your life – what you can
achieve and how you are going to make the most of what you have.

My advice to people who read this book is to think seriously before you live the life that I did. Who cares if all your friends are on drugs, or fighting every night? They can’t help you when you stand in front of a judge, or are struggling to pay the bills when you’re older.

And no matter what you go through in life, don’t use it as an excuse to self-destruct. Ask someone for help. Because the longer you let things happen, the more you’ll accept it as normal life.

Life is never over till the fat lady sings. Unless, she falls out of a window and lands on you.

Life is never easy, but if you think about famine, war and all the other terrible things that are happening in the world, it puts it into perspective. Having to pay bills, or arguing over
EastEnders
or your team losing a football match is not the end of the world.

Treat people the way you want them to treat you. The better the person you become, the easier your life becomes. Well, that’s all I have to say at the moment, except…welcome to Dundee.

T
hrough a small gap in the curtains I can see the snow floating gently past the street lamp. Trying to focus my eyes, I yawn. It’s the middle of the night and I’ve been woken up by the sound of shouting and swearing from the living room. A few moments later the bedroom door opens
.

‘Come on you – get up.’ He’s dragging me out of the bed by my arm and yanking me down the corridor and into the kitchen as he sways from side to side. The smell of cigarette smoke and beer and vodka turns my stomach, as I’m now in his arms, and only inches from his scarred face
.

‘What is it, Dad? Is something wrong?’

He pushes me down on the chair and starts to boil the kettle. Why has he woken me up like this and why do I have to drink tea?
I don’t even like tea. But I don’t dare say anything. Besides I’m shivering as it feels like it’s minus ten degrees. It’s one of the coldest nights on record in Dundee and I’m dressed only in my old paisley pyjamas that are already two sizes too small for me
.

‘Yeah, it’s freezing,’ I reply as my teeth rattle together
.

He turns back to the stove, pours the boiling water from the kettle into a cup
.

The next few seconds seem to happen in slow motion
.

As he turns round again I think he’s going to hand me the cup but instead he reaches across to me and there’s something in his hand but it’s not a cup and a second later I feel an agonising, scalding sensation that starts in the middle of my cheek, spreads across my whole body and then seems to shoot into my heart
.

Dad has pressed a burning teaspoon on my face and he’s holding it there long enough to get a result – he’s scored a goal and he grins because he can see that I’m in agony as I’ve started screaming out in pain
.

He looks straight into my eyes and then spits right into my face, his saliva mixing with the tears running down my cheeks
.

Dad grins again and takes a swig of his vodka
.

I’m just a nipper, and I’m frightened and I don’t understand. But I am still too young to realise what the effect of living with Dad is going to have on my life; too young to know that I will live
the majority of my childhood as a virtual prisoner, and that my home in the Dundee tenements will be my torture den.

And it has only just begun…

Chapter One
First Day, No Way

I
t’s 1980 and a freezing September morning in a run-down tenement block in St Fillans Road in St Mary’s, Dundee. The winner takes it all, the loser has to fall…Snow is driving horizontally against the misty bedroom window and the Abba record has been repeating all night in the living room.

The time on my Mickey Mouse clock says 7.30 and it’s my first day at school – I’m nearly five years old and I can’t wait to meet new friends and play snowball fights with the kids I’ll meet. I’m a cheerful kid by nature, and as soon as I get out of my prison I always feel happy and excited and free.

I’m trying not to make too much noise getting up, as I don’t want to wake Dad. He’s probably not long fallen asleep. My head is pounding and my eyes have not yet fully opened as the swelling from last night’s head blows is dropping down my face and into my eyes.

I’ve opened my creaky bedroom door to go to the toilet, trying not to step on any loose floorboards in case Dad wakes up. The house is freezing and I’m shivering in my brown and yellow Y-fronts, the wind blowing through every nook and cranny in the door and windows.

I close the door and to my relief make it to the toilet, passing a broken mirror on the left-hand wall; I can only see the top of my head, so I stand on the side of the bath and stretch over with one hand on the sink, and peer in. I have never seen before what I see this morning – the shape and colour of what used to be my face is like a Freddy Krueger Halloween mask.

There is dried blood in the corner of both my eyes, and my neck has three long gashes down the back of my ear to my shoulder. My temples are swollen so badly that I can hardly see my ears. Then that creepy deep voice comes from the other side of the door.

‘
Charlie! What are you doing in there?
’

‘OK, Dad!’ I can hear him coughing his lungs up as he walks back up the hall towards the kitchen to release last night’s cigarettes into the sink.

Now I’m thinking,
Why is he being nice?
I thought he was annoyed with me after last night!…Maybe he didn’t mean to hit me. I open the door and he’s standing with his back to
me in the hall, scratching his head with one hand and his arse with the other. He’s still a bit pissed from last night, I think.

‘First day of school today, son.’ He turns around slowly. ‘Get your clothes – oh, what the fuck has happened to you?
Jesus Christ
, your face, who the fuck did that?’

He looks angry, as if about to pop.

‘You, Dad! You told me to go to bed last night, and when I woke up you were punching me in the face for shouting and making a noise.’

I had obviously had a nightmare and must have been shouting in my sleep.

Sex Between, The by Randy Salem
A Murder in Thebes (Alexander the Great 2) by Paul Doherty
The Burden of Power: Countdown to Iraq - The Alastair Campbell Diaries by Alastair, Campbell
The Interrogator by Andrew Williams
Los guardianes del oeste by David Eddings
All the Dead Are Here by Pete Bevan
The Love Song of Miss Queenie Hennessy by Rachel Joyce
Buried (A Bone Secrets Novel 03) by Kendra Elliot
Play My Game by J. Kenner
Making Waves by Cassandra King
Our partner