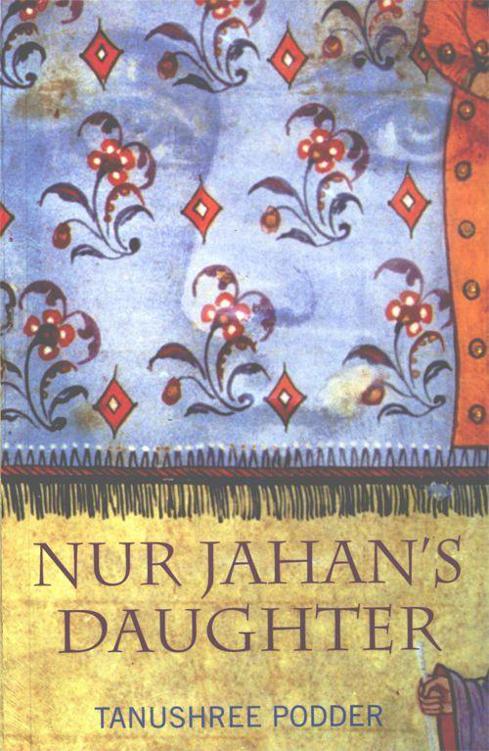 All rights reserved.
No part of this publication may be reproduced, stored in a
retrieval system, or transmitted, in any form or by any means, electronic, mechanical, photocopying, recording or otherwise, without the prior permission of the publishers.

The author asserts the moral right to be identified
as the author of this work.

For Ajoy, the light in my life
Acknowledgments

This book wouldn’t have been possible without the help of the many learned and generous historians who lent and shared their books with me. Much of the information came from the public and private libraries of Bangalore, Delhi and Raipur through painstaking research of many years. I am especially thankful to Mr Imtiaz Ahmad of the Ravi Shankar University Library, Raipur, who made it possible for me to access the rare treasure of books at the library.

My deepest thanks to my editor at Rupa & Co., who shared the pangs of this book’s birth with me. Her astute observations helped rectify the little details that I would have otherwise missed.

History is replete with fascinating tales about powerful personalities. One such story–particularly interesting because it concerns a woman who controlled a powerful empire from behind the walls of the harem–is of Empress Nur Jahan, who ruled successfully for sixteen long years. While her story is often told with wonder and awe, historians and writers have largely ignored her daughter, Laadli. She was the reluctant princess on whom destiny had thrust royalty. Trapped into a life dictated by an ambitious mother, the girl travelled through tragic events of her life with stoic optimism.

The Mughals ruled Hindustan for close to 250 years. Their empire stretched across the entire subcontinent south of the Himalayas and included Afghanistan, Pakistan, Nepal, Bhutan, and Bangladesh.

In the early sixteenth century, a young prince fled across the deserts in Uzbekistan to escape treacherous nobles who had usurped his land. Babur, then a minor, eluded death and raced towards Afghanistan, where he captured sizeable chunks of land. This young prince was a military genius. Not content with the conquest of Afghanistan, he cast a covetous eye on Hindustan and soon wrested a portion of this prosperous land after defeating Ibrahim Lodi, the ruler of Delhi. By the time he died, four years later, Babur had extended his rule over much of the northern India. He was the first of the Great Mughals.

His son, Humayun, ascended the throne after him. But it was Babur’s grandson who deserves the credit for extending, strengthening and uniting the great empire. Akbar inherited the throne at the tender age of thirteen and went on to rule for half a century. He forged alliances with the proud Rajputs and garnered their support. He promoted art and music: to him goes the credit of bringing the Persian painters from whose work evolved the Mughal School of miniature paintings, which later gave rise to the Rajasthani styles.

Akbar was a connoisseur of art and architecture. His son, Jahangir, had inherited his father’s interests. It was during the time of this luxury-loving emperor that art, music and architecture flourished unfettered.

Originating from the Timurid dynasty, the Mughals were Mongol by blood and bore a strong affinity to the Persian culture. They brought and nurtured Persian art, literature and architecture and beautiful gardens to Hindustan. Much of what is known as Urdu language actually originated from a lyrical amalgamation of the Persian language with Hindi.

Contrary to the common belief, the Mughal empresses were not helpless and vulnerable women. Although they remained invisible, they wielded significant power over their menfolk and advised them on various issues. Humayun’s wife, Mariam Makani, had great influence over Akbar. Mughal women like Nur Jahan and Jahanara were able planners, administrators and designers.

Of all the Mughal empresses, Nur Jahan was perhaps the most influential one. As the favourite wife of the powerful Mughal emperor Jahangir, she found herself uniquely positioned to brilliantly utilise her skills in administration, politics, economics, and culture.

Nur Jahan, nee Meherunnisa, was born into an aristocratic Persian family who had immigrated to India. She grew up within the confines of the Mughal harem, amusing Emperor Akbar’s wife. It wasn’t surprising that the young prince, Salim, soon fell in love with her mesmerising beauty and quick wit. In a bid to free Salim from her clutches, Akbar arranged a match between seventeen-year-old Meherunnisa and Sher Afghan, a Persian soldier, a much-admired military officer.

Sher Afghan was later mysteriously murdered, leaving Nur Jahan a widow with a daughter called Laadli. In 1607, Nur Jahan was brought to court to serve as a lady-in-waiting to one of Jahangir’s court women. It was here, at the spring festival of Nauroz in 1611, that Jahangir set eyes, again, upon her. Jahangir married her within a couple of months. He first gave her the title Nur Mahal, which he later changed to Nur Jahan, or ‘Light of the World’.

At the time of her marriage Nur Jahan was no spring chicken. She was a widow of a man who had lost favour with the emperor, and was only one of many other wives and concubines of the emperor, with whom he had children. Yet, within nine years Nur Jahan acquired all the rights of sovereignty and government normally due to the emperor, becoming virtually in charge of the whole empire until the emperor died in 1627. The key to her success was Jahangir’s addiction to drugs and alcohol, and his complete adoration of Nur Jahan above everyone else in his vast zenana, the women’s quarters within the court.

Since women were not allowed to appear face-to-face with men in court, Nur Jahan ruled through trusted male envoys. But it was she who approved all orders and grants of appointment in Jahangir’s name, and controlled all promotions and demotions within the royal government. She took special interest in the affairs of women; she gave land and dowries to orphan girls. She had coins struck in her name, collected duties on goods from merchants who passed through the empire, and traded with Europeans who brought luxury goods from the continent. Given her ability to obstruct or facilitate the opening up of both foreign and domestic trade, her patronage was eagerly sought, and paid for. She herself owned ships, which took pilgrims as well as cargo to Mecca. Her business connections and wealth grew. Her officers were everywhere. The cosmopolitan city of Agra, the Mughal capital, grew as a crossroad of commerce.

Nur Jahan also ruled the emperor’s vast zenana, which housed hundreds of people including Jahangir’s wives, ladies-in-waiting, concubines, servants, slaves, female guards, spies, entertainers, crafts people, visiting relatives, eunuchs, and all the children belonging to the women. Nur Jahan greatly influenced the zenana’s tastes in cosmetics, fashions, food, and artistic expression. She spent money lavishly, experimenting with new perfumes, hair ointments, jewellery, silks, brocades, porcelain, and cuisine from other lands. Fashions at court, highly influenced by Persian culture, began to blend with local styles. Women’s clothing were modified to take account of the hot weather. Nur Jahan came from a line of poets, and she wrote too, and encouraged this among the court women. Poetry contests were held, and favourite female poets from beyond the court were sometimes sponsored by the queen, such as the Persian poet, Mehri.

Both Jahangir and Nur Jahan were devotees of the elegant and sophisticated Mughal artistic style. The emperor owned an admirable collection of exquisite miniature paintings and, together with Nur Jahan, constructed beautiful gardens, notably in the court’s summer retreat at Kashmir. Nur Jahan used some gardens for official functions, others were opened up for the public in general to use. Architecture, too, was an important imperial activity; some of the mosques, caravanserais and tombs Nur Jahan had built are still in existence.

Laadli Bano, Nur Jahan’s daughter from her first husband Sher Afghan, was an artist, poet, and a musician. Laadli’s story is that of a vulnerable and sensitive child who went through a gamut of emotions and turbulence right from her childhood. Never happy in the milieu of the zenana, Laadli was a pawn in the hands of her mother’s ambitious machinations. Yet, she was the crutch that provided the empress the stability and security to plod through the rough patches in her life. Hers is a story of unflinching devotion, loyalty and steadfast support for a mother. Laadli’s life traverses through the zenith of power to the nadir of deception and depravity.

I have been captivated by Nur Jahan’s character ever since my childhood. Hers is an enigmatic character, both strong and vulnerable by turns. Although many books have been written about the empress, hardly anything has been penned about Nur Jahan as a mother. That facet of her personality has been totally ignored, so much so that many people are not even aware that she had a daughter.

Mughal history is full of interesting characters, some prominent and some obscure. It is the shadowy characters that are more interesting because of the veil of mystery that shrouds them. One such character is Laadli Begum. Her life has remained unveiled by historians, although it is more interesting than many. The more information I uncovered about her, the more I felt that her character needed to be brought out in the open; too long it had remained hidden amongst the dusty tomes of history. Laadli Begum has been very close to my heart and with the publishing of this book, I feel her ghost has been laid to rest. Although this is a work of fiction, I have strived to stay as close to history as possible.