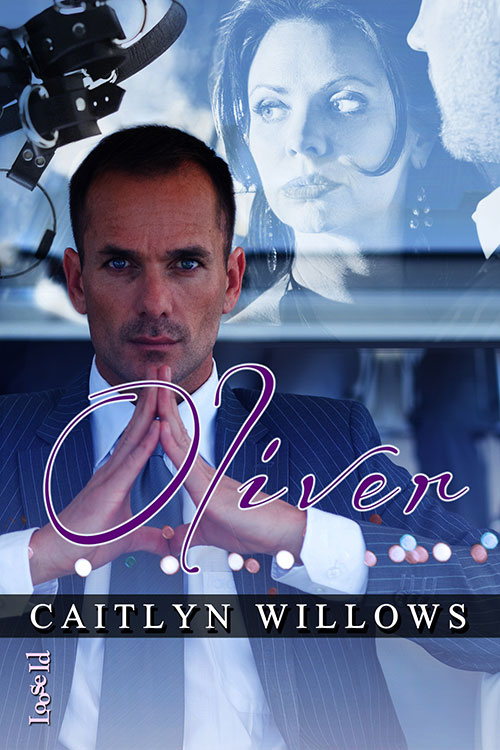 Oliver Holbrook sank into the heated brown marble bench custom-made to cradle his ass. A twist of his wrist turned on the shower. With the touch of a button, he could adjust the showerhead’s direction, the spray pattern it emitted, and the water temperature. Wealth had its privileges. This was one of them.

His cock lifted higher when the gentle warm water cascaded over him. It knew the ritual.
Everyone should have a well-trained penis.

Oliver snickered at the thought.
As if that could ever happen
. The beasts had minds of their own. His was no exception; he’d just managed to learn to control it over the years. The people under him, those who held him in such high regard within the community, would be stunned to learn the extent to which he’d gone to master that control. He didn’t care to enlighten them. It was no one’s business but his.

He filled his palm with soap from the array of dispensers on the wall, lathered it to billowing suds, then wrapped one hand around his cock and shoved the other between his legs to knead his balls. This was how he started each morning and ended each night…unless, of course, he’d found a stunning woman to share his bed. And that was becoming more of a hassle than it was worth. Few saw beyond the trappings of his life or cared about the man inside. That was fine. It helped protect his heart. A higher priority didn’t exist. Guarding his heart underscored most of what he did. Oh, he had those he loved, but it was
love
Oliver avoided like the plague. Once burned…

He spread his legs and let the soft spray kiss his thighs. Eyes closed, he imagined a lover’s tongue flicking up his legs and tugged at his balls while he flashed his fist over his cock. It wouldn’t take long—it never did—but it relaxed him for the night better than all the booze in the world. Conversely, morning jerk offs energized him.

Fantasies danced through his head, urging him to stroke faster, harder. Images not of the bondage and discipline that were so much a part of his life, but of lace gloves and high-neck gowns that begged to be peeled away to expose the smooth skin beneath. Of corsets straining to be unlaced, and breasts longing to be freed into a lover’s waiting hands and lips. Of long, thick hair that felt like watered satin threaded through his fingers when he unleashed it from its pins. Hair color was irrelevant.

Oliver imagined the woman’s gasp, the blush that rushed her cheeks, that shy tilt of her head when she offered her neck, then her throat, and finally a taste of the rise of her breast. Maybe he’d paddle her at some point, tell her what a naughty girl she was. Because he did love watching a woman’s ass turn rosy red under a good spanking, loved peeling panties down and smelling her arousal, loved adding to the smacks until she writhed and begged to come.

No security alarm. No sound over the water. But he never second-guessed his instinct. On alert, Oliver shut off the shower, slid open the glass door, and grabbed one of the Egyptian cotton towels off the crystal bar a hand grasp away. Underwear would have made him feel less vulnerable. A weapon would have been even better. He blotted the water from his body and extended his senses outward.

There it was—a hint of fragrance from the blooming sage that hugged the rear perimeter of his home. Desert monsoons had brought the bushes and other dormant plants to life. The scent never permeated his house unless someone opened a door or window. During August in Palm Springs, that happened as little as possible. And it never happened at night with the house secure and the alarm set. Someone was in his house. Someone who’d somehow managed to override or disable the security system.

Oliver’s adrenaline spiked. His heart raced. Just as quickly he ordered himself to calm. He could count on one hand the people who’d have the code. Any of whom might decide to take advantage of his open hospitality—if they hadn’t left mere hours before.

He missed them. Julia, Lori, and Rachel had been a big part of his life for so long. Not that he begrudged them their happiness. Hell, he’d been instrumental in seeing them get hooked up with the men they loved. But it wasn’t the same without them or their alternate Domme personas—Maneater, Soleil, and Raven—around. Maybe one of them missed him too. Missed him so much she’d come back.

He mentally shook his head. His visitor wasn’t one of the ladies or anyone else he might welcome. This was an intruder.

Oliver tied the towel around his waist. His cell phone was on a dresser that felt miles away rather than a mere twenty feet. There was also a dedicated landline with extensions throughout the house, one right by his bed. Again too far. If an intruder disabled security, he might have cut the house phone as well.

Oliver debated his options. Grab the cell, duck into his walk-in closet, and retrieve a handgun from the safe? Or lock himself inside the closet and call 9-1-1? He opted for the latter…with his gun in hand just in case.

Years ago, he would have cringed at the thought of hiding from danger. He’d definitely gotten smarter over the years. One picked one’s battles with care.

Slow steps took him to the door leading to his bedroom. Soft yellow light from the bedside lamps glowed in invitation. He’d set the stage for sleep: turned down covers, fluffed pillows, placed a book on the nightstand. Another nightly ritual. The book was gone.

At that realization, Oliver heard a page turn. To his right. The corner where he’d placed two chairs and a table—another cozy niche in his little cave. He edged forward and saw the glow from the lamp in that area.

It took a few seconds for Oliver to process the familiar voice, one he hadn’t heard in years. Lucas Ashmore.

“I noticed you didn’t say you weren’t a thief.” Oliver stepped into the room. Sure as shit, Lucas shot him a smile from the corner chair. He’d made himself quite comfortable with the book and a glass of whiskey from the living room bar. Scotch, if Oliver remembered correctly. Oliver remembered too much.

He snapped the book closed and stood in one fluid motion. Evidence of the feline grace that always landed Lucas on his feet. He was more dressed for the rumba than breaking and entering, with tan pants and shirt that skimmed his skin but let him move with ease for all those tight places he might find himself. The clothes also helped him blend in with the Palm Springs crowd. It was the perfect disguise…as always.

The years had been kind to Lucas. Oliver would give him that. His blue eyes were just as bright, and the small laugh lines bracketing his eyes and mouth added maturity and character, not age.

Oliver itched to double-check his face in the mirror for signs of aging. To measure himself against Lucas.

“Vanity, thy name is Oliver.”
He heard Merideth’s taunt, the one she’d always say when the three of them were together.

“You’re one to talk,”
was always his retort.

“A rose is a rose,” Oliver replied. “And so are its thorns.” He took an imposing stance, his best Dom scowl in place.

A haunting sense of déjà vu struck him. This was how they’d first met. That long-ago night, when Lucas had broken into Oliver’s home and interrupted killer sex with Merideth. They’d toyed with him that night, intending to scare him straight. Who knew it would bond them so tightly in love and lust? Or that they would wind up tearing each other apart years later?

Uncertainty replaced Lucas’s smile. He took another sip of Scotch, his gaze locked on Oliver’s. Was he remembering it all too?

“I have nothing that might belong to another, even remotely,” Oliver told him. “I have no jewelry to speak of, no prohibitively expensive artwork or sculptures. Most of those are from friends and associates I support. You’d get little from their sale. The loss to me would be sentimental. The loss to—”

“I’m not here to take anything.”

Lucas sounded wounded that Oliver would think such a thing. Even Oliver had to admit it was a low blow, referring to that single incident too many years ago when Lucas had first walked into his life. Lucas’s actions had been borne of desperation and necessity. Still, Oliver couldn’t let this one go.

“What the hell else would you expect me to think? Sneaking into my home in the middle of the night, breaching my security system.”

“Ten thirty is hardly the middle of the night. Besides, would you have seen me otherwise?”

“No.” Oliver turned away and walked to the closet so he could dress. Lucas was one of the last persons Oliver ever wanted to see. He heard Lucas rattle the ice cubes in his drink.

“Would it help if I told you I knocked?”

In a house this size? “Unquestionably polite.”

“It serves me well.”

Paid well too. Lucas was dominant enough to pursue, submissive enough to concede, crafty enough to find the middle ground where everyone thought they’d won. The go-to man when museums wanted to acquire items or return antiquities to the countries where they belonged.

“Yes, you’re quite the hero. But we both know you didn’t start out that way.” Oliver hauled on a pair of gray silk boxers, then followed them with a pair of white shorts and a salmon-colored brushed-silk shirt.

The unexpected words jolted Oliver. Thank goodness the privacy of the closet hid him from view. He recovered quickly and buttoned his shirt as he strode from the closet. “We’ve been down that road before. I couldn’t give Merideth what she demanded.” They’d torn each other’s emotions asunder reaching that conclusion. Even Lucas’s peacemaking couldn’t save them.

Everything He Promises by Thalia Frost
The Greatest Traitor by Roger Hermiston
Humbled by Patricia Haley
Mask of Dragons by Jonathan Moeller
The Tsar of Love and Techno: Stories by Marra, Anthony
11 Flying Solo - My Sister the Vampire by Sienna Mercer
Alliances (Guardians of White Light, #1) by F.J. Gale
Not Without My Sister by Kristina Jones, Celeste Jones, Juliana Buhring
Alpha Wolf Rising by Gayle, Eliza
Good in Bed Guide to Female Orgasms by Emily Nagoski
Our partner