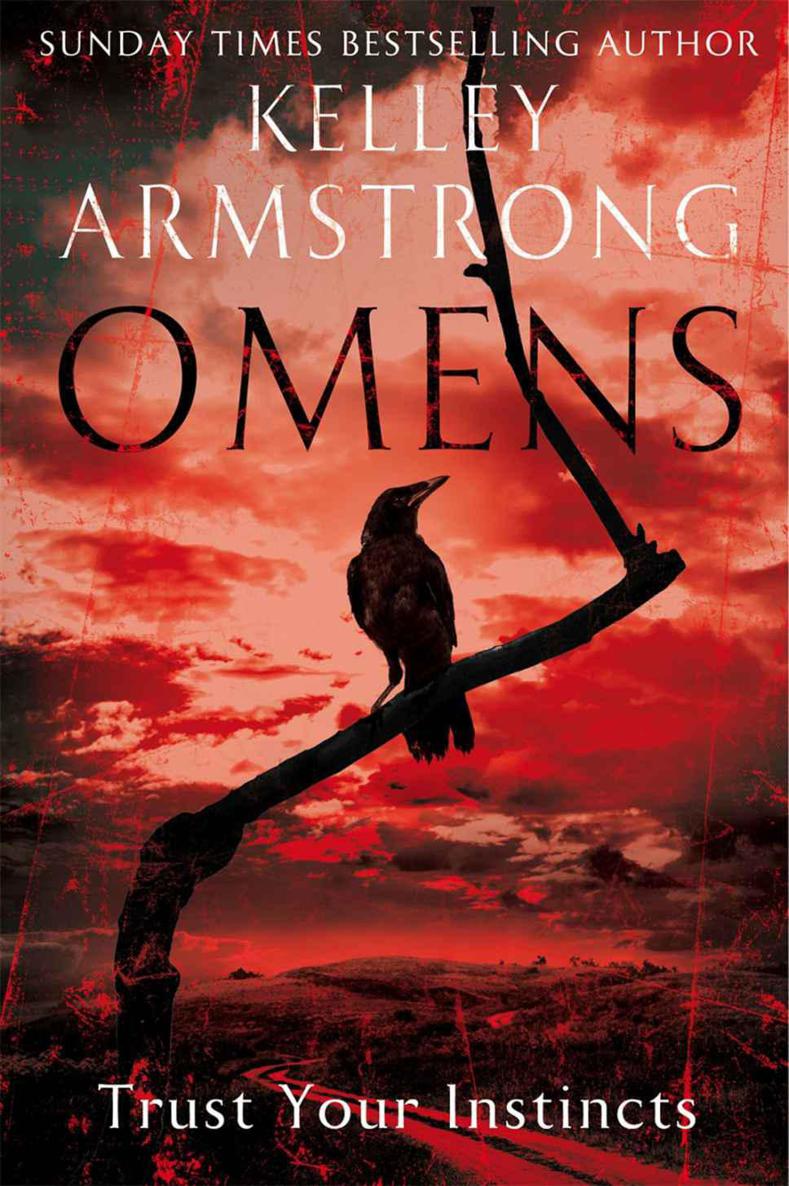 Women of the Otherworld

Living with the Dead

Men of the Otherworld

Tales of the Otherworld

Made To Be Broken

The Product of Monsters

A Drop of Rain

The town of Cainsville has many secrets, and it is loath to part with them a moment sooner than necessary. Understandably, though, readers may wish to solve some of those mysteries before Olivia does. As a former computer programmer, I’m happy to oblige with some literary Easter eggs. Peppered throughout the book, you’ll find foreign words and phrases that are not defined or easily interpreted in context. You can simply ignore them and travel on Olivia’s journey with her, uncovering the secrets as she does and, yes, I hope that’s the route you’ll choose. But if you’re impatient, I’m sure the Internet would provide translation help … and a few early answers.

FOR JEFF
,
who knew I needed a new story to tell
and encouraged me to take the leap.

E
den crawled into the living room, the rough carpet burning her chubby knees and hands. As boots slapped the hall floor, she went still, holding her breath.

Had he heard her?

The footsteps stopped. She leaned back around the doorway and peeked down the dark hall. There was no sign of him. Not yet. But he’d come for her. He always did.

She crept a little farther, resisting the urge to leap to her feet and run. He’d hear her if she ran.

Once she was past the big chair, she stopped and looked around. The long table in front of the sofa had a cupboard. She opened the door, wincing at the click. The space was big enough to squeeze into, but it was full of books and magazines.

She glanced back at the big chair. It was too far from the wall. If she hid behind it, he’d see her as soon as he came around the corner. But the sofa? Yes! She flattened onto her stomach. Then she wriggled backward until her legs were all the way under and—

Her bum hit the frame and stopped her. She tried again, squirming madly, but she couldn’t get under. Maybe if she went in headfirst. She tugged herself forward and—

She was stuck. She wiggled as hard as she could, the carpet burning her knees, but she couldn’t get loose, and she was sure any moment now he’d—

She popped out. She took a second to catch her breath. Then she turned around to go in headfirst and—

Her head wouldn’t fit under, either.

What about
behind
the sofa? If she could move it out a little, she could get in there. She grabbed the leg with both hands and pulled. It wobbled but didn’t move.

The footsteps started again, slow and steady. Coming her way? She swallowed and tried to listen, but her heart was pounding so hard she could barely hear.

She skittered from between the table and sofa and glanced at the hall leading to the bedrooms. Lots of hiding places back there. Better hiding places. If she could—

She dove for the sofa and pushed it forward just enough so she could squish in behind. She tried to look back to make sure her feet were hidden, but she couldn’t tell. She wiggled in a little farther, and then she pressed her hands to her mouth. If she made any noise—any at all—he’d find her. She lay on the carpet, trying not to sniff the old cat pee as she made herself as small as possible.

Footsteps thudded into the room. And stopped. When Eden squeezed her eyes shut, she could hear the slight rasp of his breathing. She pictured him there, brushing his shaggy blond hair from his eyes as he scanned the empty room.

His boots swished on the carpet as he took a few more steps. He sucked in a breath. “She’s gone. Oh my God, Pammie, our baby’s gone!”

Eden pressed her fist into her mouth to stifle a laugh. Mommy’s soft sigh wafted from the kitchen as she told Daddy—again—not to use language like that in front of their daughter.

“But she’s disappeared!” he said. “Call the police! Call the fire department! Call the clown brigade!”

“Speaking of clowns…” her mother teased.

“Our baby is gone! All that’s left is this shoe.” He dropped to his knees by the sofa. “Wait, there’s a foot in it.”

Eden twisted around, pulling her leg in.

Eden backed out of her hiding place and launched herself into Daddy’s arms. He scooped her up and twirled her around. She closed her eyes as the air whipped past, smelling of Daddy’s spicy aftershave. Much better than the cat pee from the old owners, but when she was spinning, the smell made her tummy spin, too. She didn’t tell him to stop, though. She’d never tell him to stop.

Daddy tossed her onto the sofa. The bright red pillows scattered as she landed. He picked up one and tucked it under her. Then he bent on one knee.

“I’m sorry, sweetheart, but I have to leave. I’ve got a big day ahead of me, helping a special girl celebrate her half birthday.”

Today she turned two and a half. Last night, she’d barely slept, just curled up under the covers and stared at the mural Mommy had painted on the ceiling, a carousel of horses and swans and lions. Usually, if she couldn’t sleep, she pictured herself on the black horse with the white mane, and she’d go around and around until she drifted off. That hadn’t worked for a long time last night.

Then, when Mommy came to wake her up, Eden heard an owl hooting outside her window, and her tummy had started to hurt. She didn’t like the owl—not in the daytime. It sounded scary, and it made her worry that Mommy and Daddy would forget it was her half birthday. But that had been silly. They’d never forget.

“It is. We have a big surprise planned. Do you know what it is?”

“No, she does not,” Mommy said as she walked in. “That’s the concept of a surprise, Todd.”

Daddy leaned down to Eden’s ear and whispered, “Pony ride!”

Eden shrieked. Her mother rolled her eyes and pretended to be mad, but she couldn’t stop smiling.

“Let’s get your hair brushed,” Mommy said as Eden jumped into her arms. “We’ll want to take lots of pictures when you get your big surprise.”

“I think we should put
him
on a pony,” Mommy whispered in Eden’s ear.

When Mommy finished brushing her hair, Daddy grabbed Eden again and swung her up onto his shoulders. “I think I’d
make
a good pony.”

He snorted and pawed the ground. Mommy laughed and slapped him on the bum.

Then the door crashed in.

It happened so fast that nobody moved. Not Mommy. Not Daddy. Eden heard the crunch of breaking wood, and she saw the door fly right off its hinges, and she thought it was a storm like in the movie with the girl and her dog. Only it wasn’t a storm. It was monsters.

Huge monsters, all in black, with helmets on their heads and masks over their faces. They swarmed through the broken door. They shouted and yelled and waved black things in their hands.

Eden screamed then, and Daddy stumbled back and Eden started to slip off his shoulders. Mommy caught her before she fell.

One of the monsters shouted. Eden couldn’t understand him. Mommy and Daddy did, though. They stopped moving. Then Daddy backed up, arms going wide, shielding Mommy and Eden. Two monsters grabbed him by the shoulders and threw him to the floor.

Eden screamed again. Screamed as loud as she could, her mouth open so wide that her eyes squished shut and she couldn’t see. When Mommy’s arms wrapped around her, she could feel Mommy’s heart pounding. Heard her panting. Smelled something bad and sour that was not like Mommy’s smell at all.

Then Mommy shrieked and everything spun. Eden’s eyes flew open. One of the monsters had Mommy. Another yanked Eden away. Mommy grabbed for Eden, her nails raking Eden’s arm as she tried to get her back. Eden fought just as hard to get to her, kicking and screaming and clawing.

One of the monsters said Mommy and Daddy’s names, then started saying other names, a whole bunch of them. Mommy stopped fighting then. So did Daddy, who was pinned to the floor under two monsters.

“Wh-what?” Mommy said, her voice so squeaky it hurt Eden’s ears. “Those poor couples in the papers?” She glanced at Daddy. “What’s going on?”