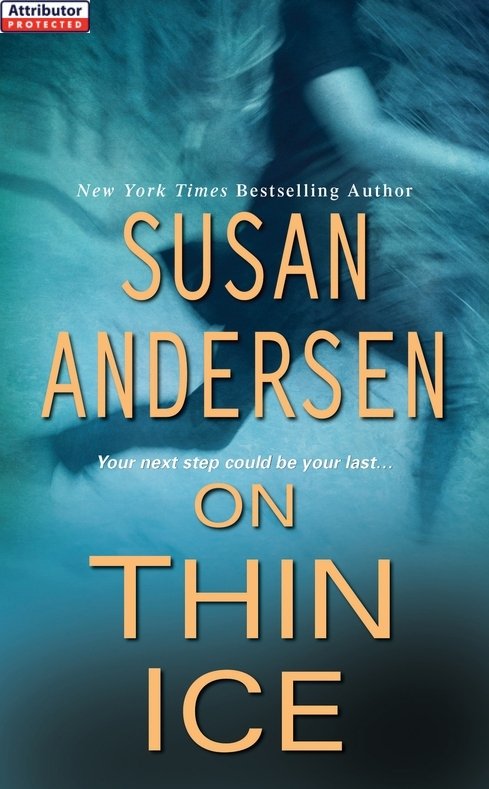 A FULL RECOVERY
Sasha thrust the doctor's okay at him. “Here.”
Nick took in her high color, the temper sparking in her gray eyes. Without bothering to reach for it, he glanced down at the paper she was all but jabbing into his chest. His eyes lifted once again to look into hers. “What's this?”
“What do you think it is, Vinicor?” She waved the paper under his nose this time. “It's my medical clearance.”
“Uh-huh. Let's see that.” He took his time looking it over before he finally returned his attention to her. “So you really feel okay?”
“Right as rain, bud.”
“No lingering effects? No light-headedness, no weakness?”
“No.” Without thinking, she cocked an arm and flexed a biceps at him. “Strong as an ox.”
“Good.” He reached out, curled his fingers around the proffered muscle, wrapped his other hand around the back of her neck, and pulled her into his room. Slamming the door with a raised knee, he crowded her up against it. “Because I've waited long enough for this.”
Sasha was just opening her mouth to ask him what the hell he thought he was doing when his hands plunged into her hair and his mouth came down on hers. It was akin to being struck by lightning, something she should have remembered from the other time he'd kissed her.
Books by Susan Andersen
PLAYING DIRTY
BURNING UP
BENDING THE RULES
CUTTING LOOSE
COMING UNDONE
JUST FOR KICKS
SKINTIGHT
HOT & BOTHERED
GETTING LUCKY
HEAD OVER HEELS
ALL SHOOK UP
BABY DON'T GO
BE MY BABY
BABY I'M YOURS
SHADOW DANCE
ON THIN ICE*
OBSESSED*
PRESENT DANGER*
EXPOSURE*
Â
Â
*Published by Kensington Publishing Corporation
ON THIN ICE
SUSAN ANDERSEN

Weary beyond belief, Mick Vinicor looked at the activity going on all around him. And felt ambivalent as hell. The good news was, it had been a successful knock-off. This raid, the tail end of which was currently being cleaned up, was the payoff for several weeks of deep cover and it was a beaut, resulting in the arrests of several high-ranking suppliers and dealers and one top drug czar.
The bad news was, he was surrounded by suits. And like most field agents, he despised suits.
He couldn't sit around on his butt and sulk about it forever, however, while other people did his work for him. Mick shot the cuffs of his silk shirt, dusted imaginary lint from the two-thousand-dollar jacket he wore, consulted his outrageously pricy Rolex, and climbed to his feet.
He was immediately shoved back onto the couch cushions and not with a gentle hand, either. “Stay put, asshole,” the suit growled down at him. “I'll tell you when it's time to move.”
The lines between the good guys and the bad guys had been growing increasingly blurred in Mick's mind lately and he didn't stop to think; he simply reacted. Before the suit knew what had hit him, the man he'd obviously taken for one of the big-money drug dealers was on his feet again. The agent's head was hauled back in a rough fist and he felt the cool press of blued steel against the carotid artery beneath his jaw. The pistol's barrel constricted his breathing as he involuntarily swallowed.
“That's
Special Agent
Asshole to you, cocksucker,” Mick informed him, dangling his DEA shield in front of the bureaucrat's eyes. He turned him loose. “Jesus,” he complained to the field agent over in the corner, who was trying his damnedest to restrain a smile, “where do they
get
these guys, anyway, Epcot Center?” Small wonder the field men joked the agency's initials stood for “Don't Expect Anything.”
He heard about his actions when he came into headquarters the next morning, of course. Now there was a big surprise.
“You don't pull your gun on a fellow agent,” ranted the head suit at the conclusion of his tirade, pacing back and forth in front of Special Agent Vinicor, who leaned his jean-clad hip against a battered wooden desk and, with arms crossed over his sweatshirt-covered chest, watched his superior add some additional wear and tear to the already played-out carpet.
Mick had been following the diatribe with a certain amount of cynical amusement, but that particular emotion disappeared quickly when he heard the phrase that triggered his own temper. “Fellow agent?” he snarled, pushing himself upright. “No pencil-pushing bureaucrat is my
fellow ag . . .”
He ground to a halt, forcing down the rest of the condemnation like a bitter tonic. It left an acrid taste that was hard to swallow, but he wasn't entirely suicidal when it came to his career. A harangue against pencil-pushing suits to McMahon, who was the biggest pencil pusher of them all, probably wasn't the wisest course of action he could take.
Swallowing his pride with great difficulty, he mumbled, “My apologies.” God, that hurt. But he had no desire to end up humping a desk in Waaskooskie Peoria. He gave it a little more thought and then limped out a grudgingly tacked-on, “Sir.”

Omegas In Love by Nicholas, Annie
A Rough Ride: Pony Girl Training in Latex and Leather by C. P. Mandara
Sudden Death by Álvaro Enrigue
Make Mine A Monster: Monsterotica: Book 2 by Madison Sevier
Elusive Love by K. A. Robinson
Love Her Madly by M. Elizabeth Lee
Sliding Home by Kate Angell
The Return by Christopher Pike
The Year of Luminous Love by Lurlene McDaniel
Monsieur Pamplemousse Afloat by Michael Bond
Our partner