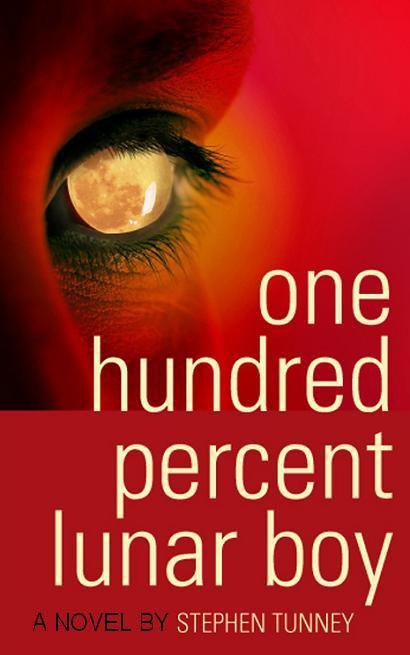 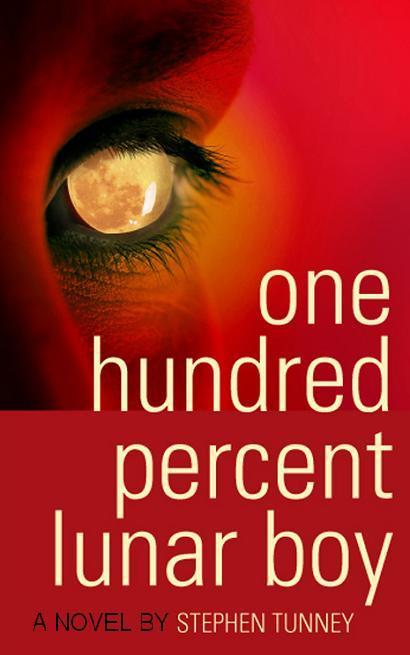 A NOVEL BY
STEPHEN TUNNEY

Publisher’s Note: This is a work of fiction. Names, characters, places, and incidents either are the product of the author’s imagination or are used fictitiously. Any resemblance to actual events, locales, or persons, living or dead, is entirely coincidental.

For Anne, Julien, and Sophie

The only birds that live on the Moon are hummingbirds. They are lunar white and the size of dogs and they travel across the lunar landscape in vast clouds. Their wings vibrate something inside the inner ear that makes one feel euphoric, as if they are floating. During those fleeting moments when they kissed, he wondered,
am I inside a cloud of hummingbirds
?

The fact that he kissed her had made the train ride bearable. And that was saying a lot, as the Sea of Tranquility line was easily the worst subway on the Moon, especially late at night. It must have been close to one
AM
when the ancient plastic and aluminum monstrosity stopped in the middle of nowhere, forcing Hieronymus to sit for hours in the hot and crowded subway car. The bright forescent lights flickered on and off. Periodic announcements from a cackling speaker explained the reasons for the delay, but no one listened as nearly every person squeezed in with him was drunk. Everyone in that loud, sweaty mob must have been returning from parties or concerts or other nocturnal events. Some were loud, some were sleeping, a couple were sick. Two or three fights broke out, and there was even singing. Still, he hardly noticed them. Earlier that evening, at an amusement park, under the luminous Earth, he kissed a girl, and this delightful memory blocked out the debauchery all around him. She was beautiful in a way he had never known before. She was a foreigner. A tourist. She was from Earth.

He arrived home at five in the morning, had a terrible shouting fight with his father, stumbled into his room, and passed out. He slept for seven hours and then woke completely disoriented.

Through his grogginess, Heironymus tried to remember the previous night. Not that there was much diference between night and day. The sky was always the same reddish tone of the artificial atmosphere. Dusky dawn color is what the Earth-born called it. She called it that. She. And what was her name? What kind of a young man was he to kiss a girl, and the next morning struggle to remember her name? It’s not like he was drunk — he wasn’t. He peered out from under his covers at the clock on his messy desk. It said twelve. His forgetfulness must have been from other places than lack of sleep.

There was a strong smell of motor oil coming from somewhere. He tossed his covers aside, shocked to find himself not only still dressed, but covered in a strange industrial filth. Greenish gunk, dirt, grime. His white plastic jacket lay on the floor, stained in motor oil, with a huge rip in its side.

He had also fallen asleep with his goggles on. Usually he’d have to wear them all day long and then toss the Pixiedamned things of to the side before going to bed each night. He hated them. They were ugly and utilitarian with black rubber straps. The lenses were slightly purple. At least when he was alone in his room he could be free of them, but everywhere else, he had to wear them. It was the law.

But it was because of the goggles that he had met the Earth girl. Slowly, the memories floated in. The evening reassembled itself.

She had an Earth name. The kind of name you never heard on the Moon because it was so trendy on Earth and Lunarites were always a little behind the curve when it came to fads like that. It was a sentence for a name. When she first told him, he pretended not to let on how awkward it was, but after a few minutes with her it seemed completely normal, and now he lay there in his bed, fully clothed and furious with himself for not remembering.

He was about to take his goggles off and go back to sleep with wondrous dreams of the kiss they had shared when it suddenly came back to him. Not the girl’s name, but that other, terrifying thing they did together. The illegal thing.

He covered his face with his hands.

He was only sixteen and already his life was over. Was he mad? Was he completely out of his mind? What he did with that girl was so far beyond forbidden. If the authorities found out, he would be sent to a prison on the far side of the Moon with an automatic life sentence. He would disappear. Those rotten goggles — the same goggles that attracted the Earth girl also attract the police. They set him apart. They inform all of Lunar society that he is one of
them
. A One Hundred Percent Lunar Boy.

His first line of thought was that he was in trouble with his father but not with the police. Not yet. He looked at the clock again and reasoned it was over twelve hours ago that he last saw her. He dropped her off at her hotel and caught the last subway out of LEM Zone One, far away on the other side of the Sea of Tranquility. The police were extremely fast in cases like this, and he was counting on her parents believing her totally false alibi, which he found unlikely. The girl was covered in dirt. A lump of automotive grease meshed into her hair, she was completely spaced out after what they had done. What kind of parents would not call the police?

Indeed, they broke the law. Actually, he broke the law. He was responsible, not her. He didn’t want to do it, but she convinced him otherwise. He tried to explain it was a crime, but she was sure they would get away with it. He told her she would get hurt, but she disagreed — she was a strong and daring young woman from Earth who could take anything the Moon tossed at her. She was wrong, not about being daring, but about everything else.

At least they kissed before they did it.

In his bed, terrified of even moving, expecting to hear police sirens from the highway outside growing in volume before twenty officers burst in through his door to drag him away, he wondered how many times a day this happened. To others just like him. Other One Hundred Percent Lunar People.

His special status was not completely rare, but unusual enough to be a curiosity, one generating stares and questions and rumors. Borderline abnormal. A shameful thing to be. There were many others just as shameful as himself — One Hundred Percent Lunar Boys, and Girls, and Men, and Women. Thousands. They all wore goggles. They
had
to wear goggles.
They were forced to wear the goggles, every last freakish one of them
. It was that, or exile to the far side of the Moon. Hieronymus cursed his life and the limitations that had always defined it.

He sat up. He lifted the goggles up of his face to rub his weary eyes. He glanced over at his window. Something happened just outside the glass. Actually, something was about to happen, and he quickly put his goggles back on. He was right, a hummingbird, this one very large, came by the window and tapped its long beak on the window pane, begging for food as these annoying creatures often did. He tossed a small pillow at it, and the bird flew away. None of this was a surprise. With his goggles off, during those few seconds, Hieronymus saw the entire thing played out in shadow-like forms before it happened. The goggles filtered out his natural visual ability to see physical actions and movement before they occurred. This was true of all One Hundred Percent Lunar People, and why the Lunar authorities created laws to keep their vision suppressed. Normalized. As if they were normal people, which they were not.

One of those laws was very clear. Never look at another human being without the goggles. That was the law he broke last night. He looked at her. And if he were to be discovered, the consequences would be severe.

The girl from Earth with the sentence for a name. He’d never met a teenager from the Motherworld before. She was vivacious and demanding and intelligent and she knew about the phenomenon. Had she been from the Moon, he would have easily brushed her off, but her accent and the way she walked and her naïve Earthling’s enthusiasm captivated him. He was weak. He could not resist. She wanted him to look at her with the goggles off.

And as a result, he knew he would never see her again.

Two more hummingbirds slammed into his window. They futtered away disoriented, and Hieronymus suddenly remembered her name. Windows Falling On Sparrows. Her name was Windows Falling On Sparrows. He whispered it to himself. The breath of her rediscovered name passed through his lips, solidifying, for a moment, the last image he had had of her: her hand on a staircase banister as she looked at him one last time before disappearing up the stairs of the filthy, badly lit hotel lobby.

He sat up and gazed out through the window. A horizon of neoncovered towers under a red sky. The Sea of Tranquility was full of tower blocks, and from where he was, he was part of the same massive skyline of repeating skyscraper clusters. Endless housing projects. He lived on the eighty-eighth floor of a tower just like them with his family. It was rare that his father ever yelled at him, but when he’d finally gotten home at the insane hour he did, his old man really blew his top. Ringo Rexaphin was aware that the subway often broke down, and had it not, his son would have arrived at a decent hour, but that was not exactly the point of his baritone, high-volume yelling.
Why, why, why put yourself in that position? Why subject yourself to the whims of others? That subway is over three hundred years old!
His father had lectured him through his own half-closed sleepy eyelids, furious he had to wait up all night. And he was right. The Lunar subway was notorious for its late-night breakdowns or accidents, and sometimes, and seemingly for the Hell of it, the trains would be pulled for maintenance. Randomly.
On a whim
. One that could leave anyone stranded for hours. And the crummy old subway system was not just known for its mechanical failures — it was also a place of violence. Robberies, rapes, brutal stabbings. His father was particularly on edge because just the night before, a couple from Plagston Heights had been murdered on the exact same line Hieronymus had traveled on. Their train broke down between two suburban stations in the middle of the Sea of Tranquility. Three cruel men with stockings on their faces climbed aboard and attacked the couple, who, unfortunately for them, were the only passengers in the subway car. They chopped the poor woman’s head off. And the man: his eyes were gouged out. A gruesome discovery for the next morning’s commuters…

Breakfast on Pluto by McCabe, Patrick
The Smoky Mountain Mist by PAULA GRAVES
Car Wash by Dylan Cross
The Legend of the Light Keeper (The Light Keeper Series Book 1) by Hall, Kelly
New and Selected Poems by Seamus Heaney
Arcadia Falls by Carol Goodman
Jack's Widow by Eve Pollard
The Creatures of Man by Howard L. Myers, edited by Eric Flint
Always My Girl (The Shaughnessy Brothers) by Samantha Chase
Johnny Deeper: A Sports Romance by Tabatha Kiss
Our partner