One's Aspect to the Sun 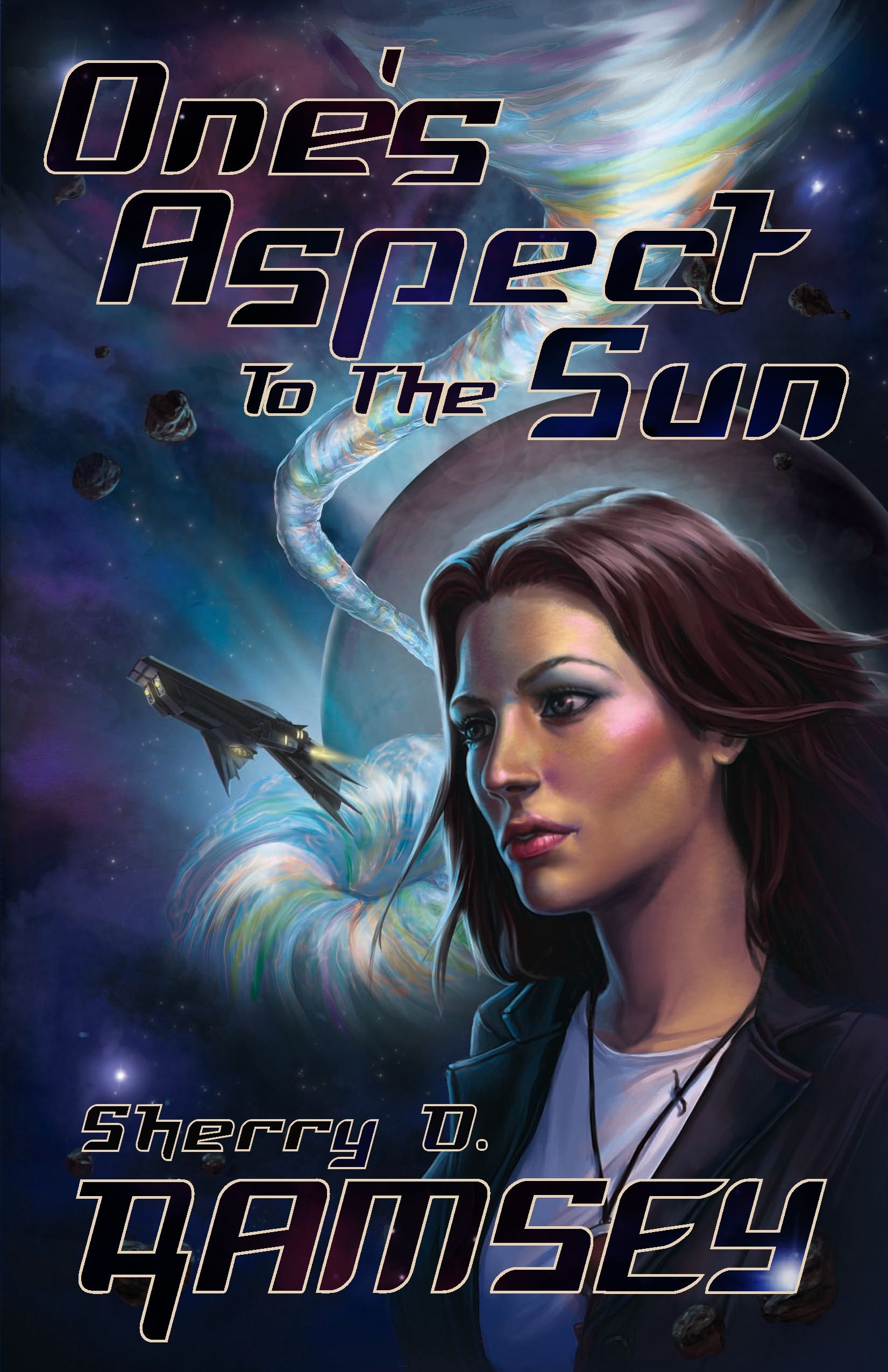 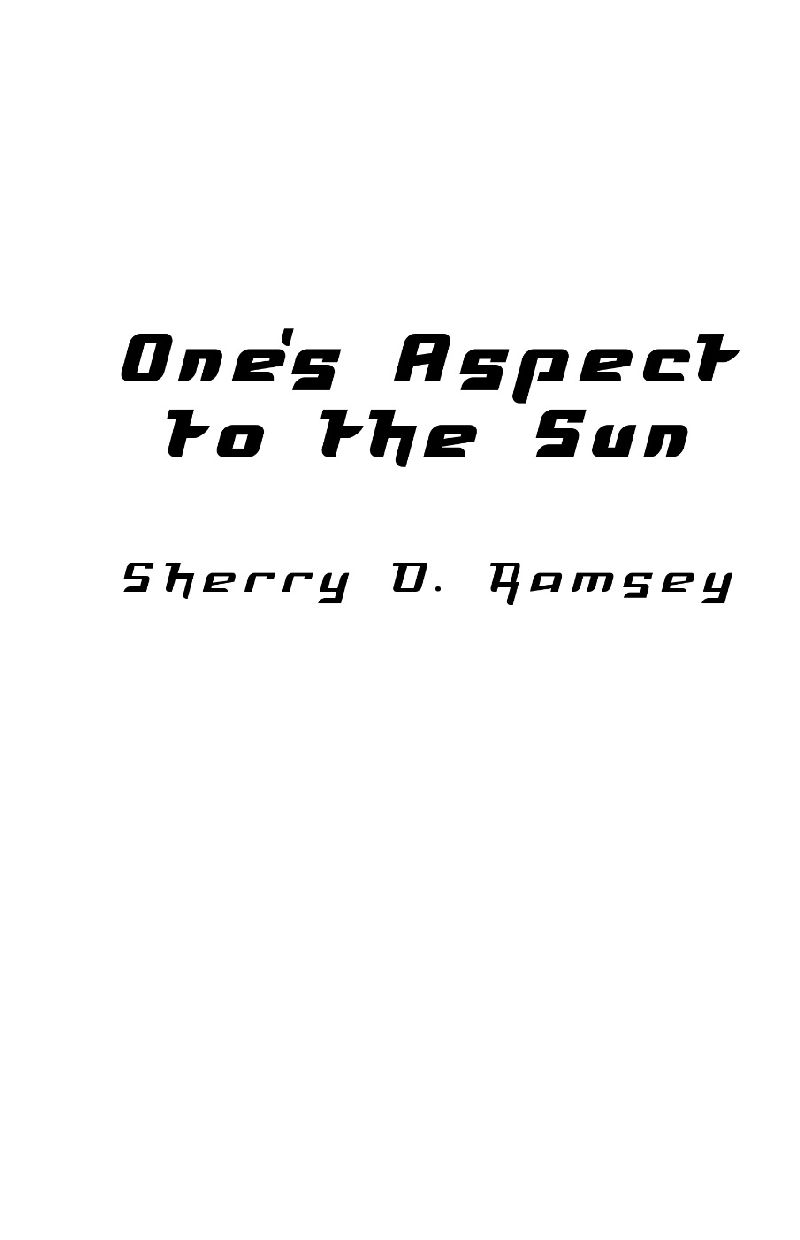 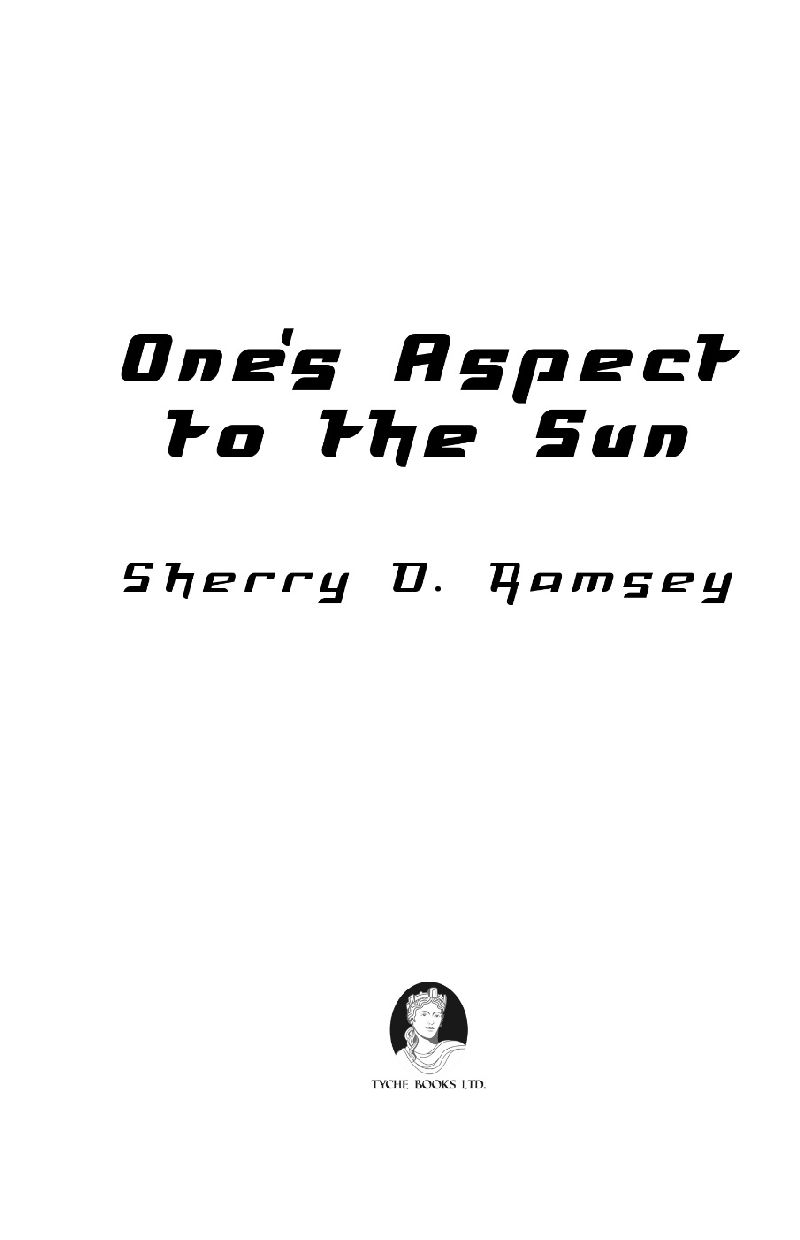 One's Aspect To The Sun

All rights reserved. No part of this book may be reproduced or transmitted in any form or by any means, electronic or mechanical, including photocopying, recording or by any information storage & retrieval system, without written permission from the copyright holder, except for the inclusion of brief quotations in a review.

The publisher does not have any control over and does not assume any responsibility for author or third party websites or their content.

This is a work of fiction. All of the characters, organizations and events portrayed in this story are either the product of the author’s imagination or are used fictitiously.

Any resemblance to persons living or dead would be really cool, but is purely coincidental.

For Terry, who never stopped believing I could do it. 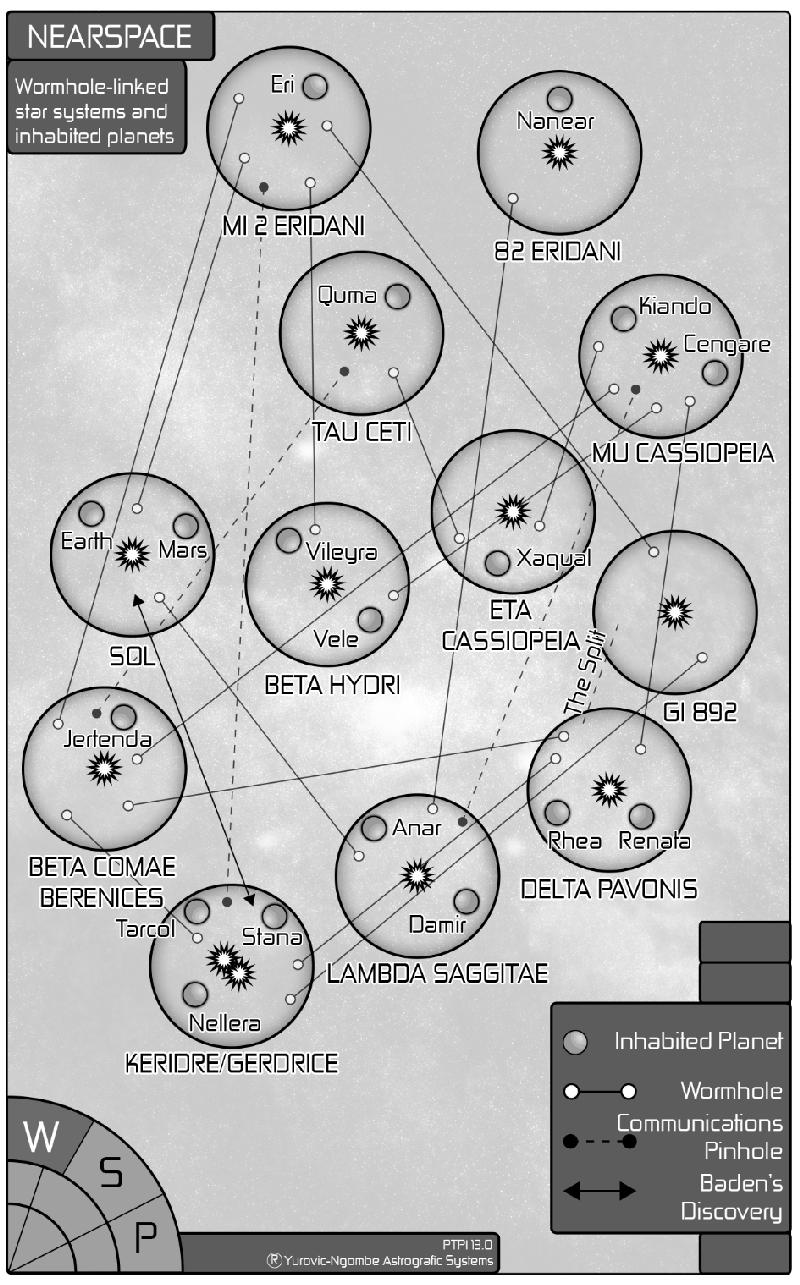 Dark as Space and Twice as Dangerous

Dead Assailants and Other Mortalities

Pinholes, Wormholes, and Holes of the Heart

Piracy and Other Questionable Pastimes

Face to Face With Certain Unreality

Lost and Found and Lost Again

Sounds in the Vacuum

Hunters, Hunting, and Prey Both Dead and Alive

Gambles, Mysteries, and Playing the Odds

To Those Who Wait

The Company of Enemies

The Company of Friends

One's Aspect to the Sun

“Luta, we're about an hour from Earth. It looks good if the Captain's on the bridge when we dock.” Rei's cheerful voice woke me over the
Tane Ikai
's comm circuit. The dream faded slowly, fragments lingering in my mind like wisps of nebulae. It's always the same dream, when we near a planet.

I'm fourteen again, and I sprint through the crowded corridor of a space station, trying to keep my mother in sight, glimpses of her auburn hair taunting me. A press of people separates us. She doesn't slow, doesn't turn to look. I don't know if she knows I'm following her. Outside the station I catch glimpses of a ringed planet and the numinous dark shadow of a wormhole entrance.

Finally the crowd thins and I see her at a docking ring, waiting to board the ship. I call out, but no sound emerges. She turns and sees me, smiles sadly and shakes her head, lifting one slender hand in farewell. My chest tightens and I fight back tears. I don't want anyone to see me cry. She moves through the docking ring seconds before my leaden feet reach it. But there's no ship beyond. Only yawning, empty space, black vacuum starred with cold fairy lights. My mother is gone . . .

I fumbled a finger onto the ID biochip implant in my forearm to let Rei know I was awake and rolled onto my back. The ship's main drive throbbed like a giant heartbeat, pushing us closer to Earth, and my own pulse echoed the cadence. Outside the viewport above me, the pattern of stars was beginning to take on the familiarity of home. Earth always triggered the dream. Probably because it was the last place my childhood family had lived in peace.

Finally I swung my legs over the side of the berth and hauled myself up. After all these years I still don't sleep as well in space as I do planetside, but when you're the captain of a merchant far trader you learn to cope.

I slipped into jeans and a clean white t-shirt, splashed cool water on my face and dusted on makeup. I ran a brush through my hair, glanced at my reflection. I'd long ago perfected the skill of checking the presentability of hair, face and clothes without noticing all those little things I didn't want to see, the uncomfortable reminders that I didn't look a day over thirty.

Which would have been fine if I weren't due to turn eighty-five on my next birthday. Which still would have been fine if there were any logical, scientific explanation for my youthfulness. Hell, I'd even take an illogical, unscientific one, but there was no explanation. I was an anomaly, an aberration—a freak, for lack of a better word—but I tried not to dwell on it.

Datapad in hand, I left my cabin. Voices sounded from the galley off to the left, and the smell of freshly brewed caff wafted enticingly down the corridor, but I turned right instead, my footsteps echoing on the metal decking. Rei dam-Rowan, my pilot, turned in her skimchair to smile at me when I emerged into the bright lights of the bridge. Rei was the only one of my crew who knew my true age. There's something about Rei that invites confidences, and assures that they'll be kept. She's twenty-nine, looks twenty by way of good genes and better attitude, and we've been friends for the five years she's been part of my crew.

“Earth ETA twenty minutes, Captain,” she said, then added with a grin, “How was your beauty sleep?”

I pulled a face at her. “Didn't need beauty sleep any more than you do. Everybody have something to do when we arrive?”

Rei nodded, her chestnut hair dark in the yellow-tinged light from the High Pressure Sodium overheads. “Viss says if we're going to be here more than a day he wants to clean out the plasma intakes, and he's planning to pick up a new thruster filter while we're Earthside. Yuskeya's downloading the star charts you requested and the datapoints for six new wormholes. Baden says after he sees the cargo unloaded safely he has a meeting with an old friend, if you don't need him for anything else.” She rolled her golden eyes. “So it's either a woman or someone who owes him money.”

“And what about you?” I settled myself in the command chair and punched up the incoming correspondence on my datapad. The servos kicked in and adjusted the chair for me.

“Easy,” said Rei. She yawned delicately, the darkly beautiful tattoo-like markings around her eyes elongating like rivers of spilled ink across her clear, pale skin. All the women from Eri wore
pridattii
. I knew they weren't permanent, but I'd never seen Rei without hers. “I'm getting a facial and a manicure, and maybe—no, definitely—a massage.”

I shook my head. “All work and no play, Rei. You should try to relax a little.”

She stuck her tongue out at me and we both laughed, but my smile dissolved into a frown when a message from PrimeCorp displayed. They must have had it in the queue, triggered to send the instant my ship entered Earthspace, and with PrimeCorp, it was never good news.