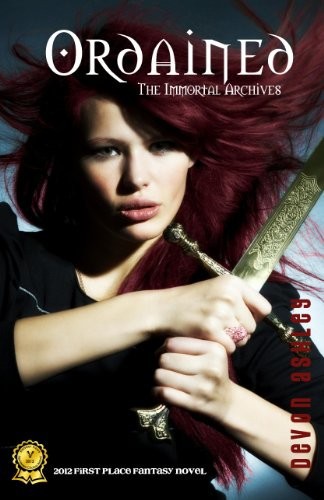 For all the dreamers out there.

And for my little boy. May your dreams be bright.

It’s never too late to become what you might have been.

All rights reserved. No part of this book may be reproduced or transmitted in any form or by any means, electronic or mechanical, including photocopying, recording, or by any information storage and retrieval system, without written permission from the author.

This is a work of fiction. Any similarities within are purely coincidental.

A sharp needle pierced her neck. She ripped the tipped dart from her skin but knew it was too late. The poison was rushing through her bloodstream – she had seconds left.

Abby Sorrensten was losing control with each passing second. Anger burned within. It had been with her all these years, buried deep, growing stronger day by day, beat by beat. She tried to push it down but the treatment these men inflicted on her for the past thirteen years had taken its toll, weakened her to the point she could no longer contain it.

Since she was four she had been covered with gashes and bruises, stitched skin, smashed knuckles. Her so-called training had given her endless concussions, broken bones, continuous loss of blood. Not once did the men who trained her, the members of the Order, offer sympathy or remorse.

So why should she?

She glared at the man leaning over the balcony, still aiming the tranquilizer mechanism her way. Her green eyes had transformed when the anger took over. Her cold, black eyes were sharper, clearer – fewer colors offered less distraction.

She growled as the man pulled the cord of the crossbow towards him, preparing to fire again. A sudden burst of energy shot to her right hand and radiated an intense glow. Without fear or hesitation, she thrust her arm in his direction.

A burst of fire escaped her hand and engulfed him. The screams were excruciating. He flailed about, lighting up the wooden floor beneath him.

He was still moving when Abby began to wobble back and forth, but just barely. The poison cast a heavy daze upon her. The anger within released its hold. Her hand faded back to a pale ivory and color returned to her vision. Abby dropped slowly to the slick, red floor.

Guilt flooded her as she lay in the warm blood, looking at the contorted man next to her with the splintered pole pierced through.

But then she reminded herself of what they had done to her for the last thirteen years. Not once did they offer sympathy or remorse.

So why should she?

She wasn’t thinking about the match at hand, about the twenty-three year old masked man lunging before her, thrusting his blade towards her midsection. She had been thrown back into this hellhole of a school a month ago and still had yet to be told why.

Mentally and physically exhausted, Emily Davis was growing more aggravated by the day. It was one endless training session after another followed by an unnecessary competition amongst her peers. Had she known how long this ordeal would last, she never would have come. Or she would have at least thrown the first match, feigning exhaustion. Right now she could be one of the eight hunters sitting lazily in the audience looking bored.

A lot of things around here didn’t make much sense. Out of the ten current hunters, only two were male. Thousands of years ago they were all male, but natural selection now leaned in favor of female hunters, or huntresses. Soon after birth all of her companions were taken from their family. Some were even sold. For those parents who weren’t lured by money or talks of grandeur involving the destiny of their blessed children, they were stolen – but most were willing to take the money. Those that released their children willingly to the Order’s care were given visiting rights, though it didn’t seem to matter. As Emily and the others grew in age and abilities, their parents became frightened and lessened their visits to extinction. Few parents were in contact with their children by the time adolescence was reached. Emily last saw her parents on her twelfth birthday.

Though bitter from abandonment, Emily understood why parents were destined to absolve their parental rights. Besides the fact she could hurt the average adult by the time she was eight, the school in which she was housed was incredibly intimidating to the outsider. High on a cliff in Austrian mountains, the aged manor was adorned with old and blackened brimstone, gargoyles and uninviting gates. Inside the horrific exterior the air was musty and dank. The rooms and halls were lit with dim lamps spaced too far apart. Space heaters offered minimal warmth and the cold, bare floors were made of concrete that had cracked through the ages. Weapons hung on every space possible.
Not at all intimidating
, thought Emily.
Who wouldn’t want to spend their yearly vacation at this fine retreat?
And
retreat was what most parents did. Emily often wondered if the Order had chosen not to update the manor for this very purpose. Certainly they didn’t like living in the eighteenth century.

But here Emily lived all her childhood and teenage years. Under the guidance of her advisor, Ethan, she spent almost every day of her life training. Two training sessions per day, teaching her everything a huntress would need to know – weapons making and training, surveillance, gymnastics for flexibility and agility, etc. It wasn’t difficult to learn; hunters were born to do this, after all. And should they doubt that, they had the birthmark of the hunter to remind them on a daily basis.

To the normal man, the mark was nothing more than a reddish blur. To the trained eye of the Order, it depicted a long crucifix with the bottom shaved into the pointed formation of a stake, the two items most commonly found on a hunter. Every hunter could find this cursed symbol somewhere on their body. Emily was lucky. Her monstrosity was hidden on her backside. Her fellow huntress Callie was not so lucky. Hers was shining bright on the right side of her neck.

Allowed to go out on her own at eighteen, Emily never thought she would have to come back. No hunter had ever returned. At the time she didn’t realize why - or at least pretended not to. She knew the life expectancy of a hunter was grim, but she never knew the reason. At least not until the night of her twenty-fifth birthday – the night she met Abby.

Several men looked down on the match from the conference room balcony, openly critiquing the two hunters in battle. Christoph was losing to Emily - embarrassingly so. Although Emily was probably the best the Order had to offer, Jayden hadn’t been impressed by any hunter he’d seen since they’d returned to school.
They just don’t make them like they used to
.

His attention was attracted to a woman entering the balcony opposite of him. She rested her chin in her hands and stared down nonchalantly at the fight. Valerie was the only hunter of age that was non-active and living permanently at the school.

Jayden yearned to get inside her head. Her mind held secrets. But she was extremely guarded, never letting anyone close enough to even reach out and touch her.

A gleam of light blinded him. Looking to the arena floor, the silvery metal mask covering Emily’s face reflected the sunlight streaming down from the skylights. Emily forcefully whirled her pair of tridents around Christoph’s, sending his left one flying. His feet were swept out from under him, his second trident lost in the fall.

Emily thrust her trident towards his jugular, stopping shy of puncturing it. Applause broke out from the hunters in the audience – the younger ones, that was. The elder hunters seemed as bored with the match as Jayden and most remained seated. Daniel, the eldest male, slumped further down in the bleachers in both annoyance and embarrassment for Christoph.

Jayden followed the advisors into the conference room and joined the rest of the Order conversing around a long, heavy wooden table. He leaned against the wall with his arms crossed and listened as the advisors quietly discussed whose hunter was best suited for the problem at hand.

Nashville 2 - Hammer and a Song by Inglath Cooper
Killer by Jonathan Kellerman
Ask Adam by Jess Dee
Bayou Corruption by Robin Caroll
A Steele for Christmas by Jackson, Brenda
The Mahogany Ship (Sam Reilly Book 2) by Christopher Cartwright
When I Hurt (Vassi and Seri 2: Russian Stepbrother Romance) by Marian Tee
The Reunion by Everette Morgan
The Kiss of a Stranger by Sarah M. Eden
Vail by Trevor Hoyle
Our partner