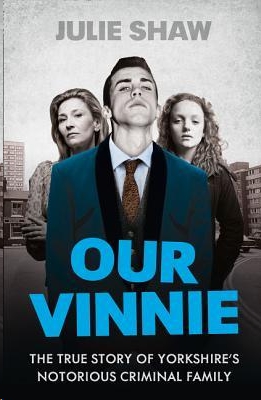 All names and identities have been changed in this memoir, to protect both the living and the children of those who have died. Some changes have been made to historical facts for the same reason.

An imprint of HarperCollinsPublishers

and HarperElement are trademarks of

All rights reserved under International and Pan-American Copyright Conventions. By payment of the required fees, you have been granted the nonexclusive, non-transferable right to access and read the text of this e-book on screen. No part of this text may be reproduced, transmitted, downloaded, decompiled, reverse engineered, or stored in or introduced into any information storage retrieval system, in any form or by any means, whether electronic or mechanical, now known or hereinafter invented, without the express written permission of HarperCollins e-books.

Find out about HarperCollins and the environment at

Note by the Author

We are the Canterbury Warriors

We stay out late at night

If anybody dare come near us

There’s sure to be a fight

Last night we were in trouble

Tonight we are in jail

For pulling a donkey’s tail

Way back whoa back

Come and get yer money back

Pea and pies for supper

Our old lass has plenty of brass

And we don’t give a bugger!

Note by the Author

My name is Julie Shaw, and my father, Keith, is the only surviving member of the 13 Hudson siblings, born to Annie and Reggie Hudson on the infamous Canterbury Estate in Bradford. We were and are a very close family, even though there were so many of us, and those of us who are left always will be.

I wanted to write these stories as a tribute to my parents and family. The stories are all based on the truth but, as I’m sure you’ll understand, I’ve had to disguise some identities and facts to protect the innocent. Those of you who still live on the Canterbury Estate will appreciate the folklore that we all grew up with: the stories of our predecessors, good and bad, and the names that can still strike fear or respect into our hearts – the stories of the Canterbury Warriors. 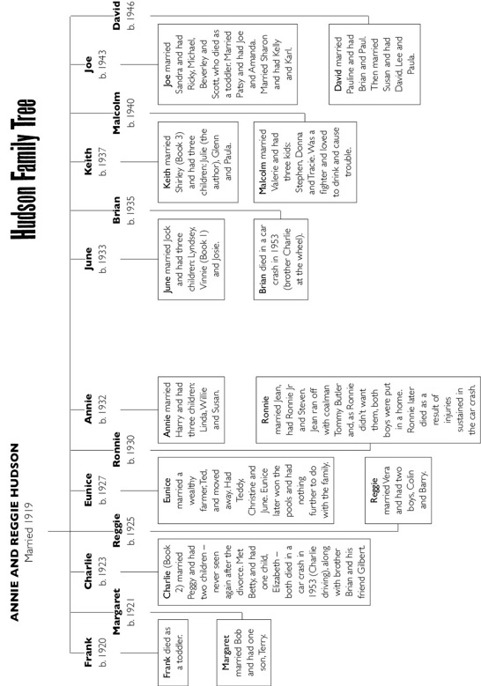 June McKellan was standing in front of her chipped-tile fireplace, skirt hitched up slightly at the back. She was warming her backside from the last of the embers that were sizzling out on the coal fire. Her husband, Jock, was slouched across the brown moquette settee in his favourite position – bottle of cider in one hand, cigarette in the other. His eyes were glued to the television as he squinted through a cloud of fag smoke to watch the last race of the day. June stared at the sight she had married. ‘Are you gonna fucking move today, or what?’ she asked him. ‘And if you’ve won fuck all on the horses again, you better get yourself out on the tap. We’ve no coal, and I’m off out tonight!’

Jock dragged his gaze from the TV and looked up at her. ‘Shut your cake-hole, June,’ he said. ‘You’re going no-fucking-where till you’ve got me another bottle of Joe Rider and some twifters.’ Jock turned his attention to his wife then, his gaze full of animosity as he looked her up and down, and she could tell exactly what he was thinking. And knowing none of the thoughts were nice – the contents of his head rarely were – she jabbed him in the shoulder to reinforce her orders.

‘I’ve got your cider and your fags, gob shite,’ she snapped. ‘Now move your arse off that couch before our Vinnie gets in for his tea. Fucking social worker’s coming at half five.’

‘Been to see Moira,’ June told him irritably. ‘Needs to talk about something apparently. And, no, I don’t know what, because I haven’t spoken to her yet, have I?’

‘Because I was fucking asleep, okay?’
And hungover, same as you were
, she thought but didn’t add. ‘Anyway, get up and get out, will you? I don’t want you sitting here pissed as a fart when she gets here. Go on – go round your Maureen’s and borrow some coal and a few quid till we get your dole.’

Jock dragged himself up and pulled his woollen cardigan closer round his bloated stomach. ‘I’m getting a bit sick of this, June,’ he said, crushing out his cigarette. ‘Our Maureen thinks I should give you a fucking slap and make you stay in.’

June threw her head back and laughed at him. ‘Your Maureen’s coming out with me, idiot! And I’d like to see the day you give
me
a fucking slap!’

Jock slammed the door as he stumbled out of the house, and into the sooty late afternoon light. Little twat! He was a good foot and a half bigger than her, and one of these days he would knock her out, never mind the slap. What a fucking cow bag she was, stood there like that, all bleached hair and lippy. Oh, all his mates had thought he’d cracked it when he copped for June – five foot fuck all, and a waist you could get your hand around. Well, they didn’t know what he had to put up with, did they? Gobby little cow that she was.

He meandered down the path and into the street, scowling as he dodged the dog shit on the pavement. He could do nothing right in her eyes. Not these days, at any rate. The three kids, on the other hand, could do no wrong. Fucking twat. He’d slap her proper, one of these days.

Her feckless hulk of a husband out of the way, June resumed her position by the fire, shivering but happy now. She would be down at the Bull with Maureen in a couple of hours, and she couldn’t wait; the blokes down there wouldn’t dream of talking to her like that. Let the miserable bastard stew, she thought. She wouldn’t be dwelling on it, not after a couple of halves, anyway.

Jock had only been gone five minutes when 13-year-old Vinnie burst through the door, a big smile on his face for his mum. ‘Warming the old man’s supper up, ma?’ he joked, pointing to her skirt. June laughed. He was a case, was her Vinnie, and no one understood him like she did. And all the neighbours were just jealous bastards, that was all – accusing him of every little thing that went down on the estate. Yes, he had gotten himself into bother now and again, but so what? All kids got into fights or went out robbing, didn’t they? Why always blame
her
son? It wasn’t fair.

‘Quite funny for you that were, son!’ she told him drily. Then she nodded towards the kitchen. ‘Go on,’ she told him. ‘There’s some sarnies in there for you and a biscuit on top of the cupboard. Don’t tell your dad where they are though,’ she added. ‘Greedy bastard’s fat enough as it is!’

Vinnie grinned. Then his expression changed. ‘Mam,’ he said, not quite looking at her, ‘you know when the social worker gets here? Well, whatever she says is a load of shit. A few on the estate are saying the youthy got robbed last night, so no doubt she’ll try and fit me up for it, you know, to the bizzies. I swear I wasn’t there, Mam, honest I wasn’t. But you’re gonna have to say I was in all night cos they’re not gonna believe me when I say it, are they?’

June looked sadly at her son. With his wild, shoulder-length ginger hair and his bright blue eyes he looked the picture of innocence. Okay, so ‘innocent’ was pushing it, but he wasn’t the evil twat that everyone made him out to be. He had a smile that could melt her heart and a sense of humour that could have an audience in stitches. She sighed. Now it seemed she was going to have to defend him
again
. He’d better not have done anything; she was off out tonight, come hell or high water.

As if on cue, the letterbox rattled and the front door was pushed open. ‘Can I come in, June?’ they heard a voice say. ‘It’s only me!’

Sally, the social worker, waddled into the front room, puffing and panting as usual, as familiar a presence in the McKellan household as most of the furniture. She flopped down onto the place on the settee Jock had only just vacated. ‘Hiya, Vinnie, love,’ she said, smiling up at him as she settled into the sagging seat cushion. ‘It’s brass monkeys out there, mate, isn’t it? Get the kettle on!’

Vinnie gave an obligatory smile and went off to fill the kettle. June knew from the absence of banging and clattering that he’d be trying to listen in. He hated his social worker and not without reason; she was always trying to have him sent away. And June knew part of the reason was the same as the reason she did – because it always felt like Sally could see right through him. Not that he’d hear much of interest. June was too busy staring malevolently at the interfering witch. Not grassing up her son when he wasn’t there.