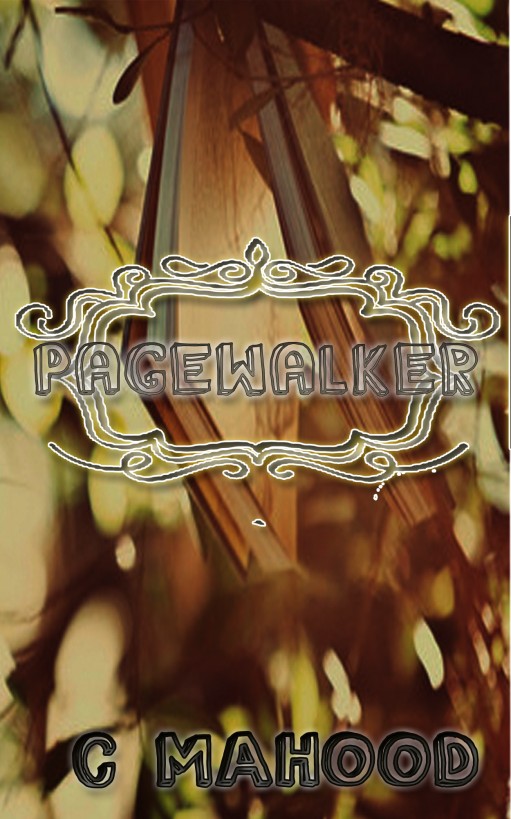 Special thanks to all Beta readers and Editors

(You know who you are)

1 Where it all began

3 The birth and death of a story

4 Back to bite me

11 Not quite a return

5 The search for the brotherhood

8 The road to destiny

9 The fate of all

I was in a coffee shop in Belfast one morning, after
leaving my wife to work. I had two hours spare until I had to begin
work myself. I decided to use that time to open the laptop and
finish the final chapter of this book. It was something I had been
putting off, not for any creative reasons, just simply because I
did not want to close the final chapter on this labour of love. I
was late for work, so badly that I had to cancel the afternoon
altogether. I was forced to order a total of 6 cups of coffee, a
sandwich, a small portion of chips and a whole plethora of
treybakes, to stop the dirty looks I was getting for taking up an
entire corner booth to myself. (I know I hate those people
too.)

I did manage to finish the last chapter
however, just in time to pick up my wife from work.

Pagewalker has been in the works for over 15
years; I began writing it as a hobby and an experiment while at
high school. It turned into much more than that. After sitting back
down to it years after the first draft was finished I began
expanding and expanding. It became a true escape, and my own form
of free therapy, working through issues, memories and insecurities
as I wrote. By throwing my fears and worries onto paper I felt them
falling from my shoulders and soul like weights from a hot air
balloon, allowing me to once more soar into new dreams and
possibilities.

I truly hope that you enjoy reading and living this
story with me. You are more than welcome along for the ride.

Please, after you finish, feel free to contact me on
social media and share with me your feelings, good or bad, towards
this tale.

My reason to live and inspiration for everything. 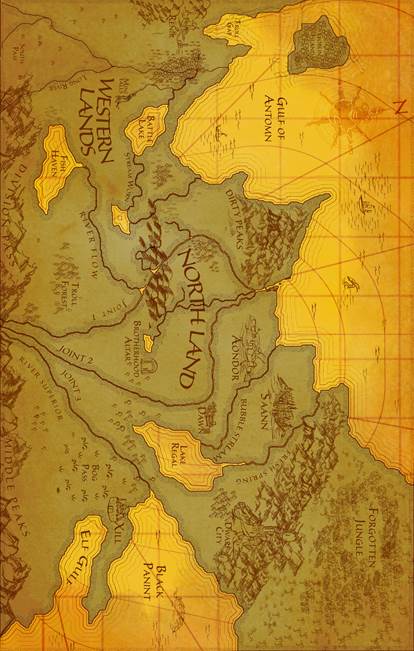 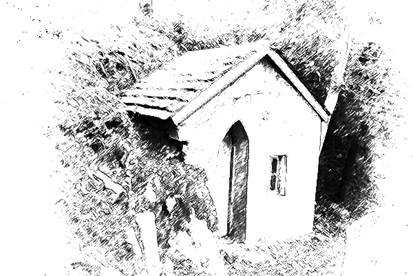 One
Where it all began

My Name is Christopher Garry Mahood. I am a husband,
Musician, Artist and Pagewalker.

A what? Oh yea, I was married last year and
we are both really happy.

Oh wait, the last thing? Right, yea, of
course! A Page-walker! To put it very simply, I can step into the
pages of a book. Literally, and VERY literally.

I suppose I should add author to that list
now too? Huh?

Before things get all serious and
philosophical and you look for deeper meanings in my multi-layered
memoir I would like to point out that yes, I do actually stand on
the pages of a book. I set it down on the ground, open on the page
I so desire, take a step onto it and stand on the book. It doesn’t
really matter about the size or the make, hardback, paperback. Hey,
I even did it with an e-reader once! That was cool, but it didn’t
have the same….well….smell to it?

Yea that’s the best way to describe it. It
missed the old page, dusty paper smell. You know the one? Yea, you
do.

So besides looking like an absolute fool on
day release from the loony bin, standing on hardbacks in my spare
bedroom, I go inside there. Into the pages, swim through the words
like a raging current. Paragraphs crashing over me like waves
pulling me under and deeper into the book until I feel the soft
sand or gravel under my feet and I walk onto the shore of the world
I was reading.

There really is no other way to explain it. I
am not a space physicist or do not have a PHD in inter-dimension
mechanics!

As I said, I am a music teacher, and a
drummer at that.

Yes I have heard all the drummer jokes!

As I was saying, there is no way to explain
it, other than telling you my story. I am Irish, so storytelling is
in my blood. I will however restrain from weaving several back
stories that cross as separate T-junctions.

I will hold back poetry and song from my own
mind, but in turn tell the tales I have been given and lived.

Like all great tales I must start at the
beginning. Not the very beginning, because until I was 10 years old
my life was very uneventful. I had a good childhood; I grew up in a
stable home, part of a close family and a large group of kids my
age, in the suburban middle class neighbourhood in which I was
raised. I did what any Irish boy did growing up. I explored the
fields and forests near my house. I built forts and played hide and
seek. I fought goblins and demons with my friends using swords and
spears we fashioned from the twigs and branches on the ground. Our
imaginations grew like ivy on ruins.

Each day after school we all met at the broken,
rusted cattle-gate that hung half way off the bracket on a rotten
ancient hinge. Grass grew out from the hollow steel brackets at
either side. It lay like a reminder of the old pig farms and cattle
fields that once carpeted my area, but now simply slept under the
new houses built over them like spoilt teenagers skipping over a
grave. We met at the entrance to the old abandoned lead mines.
After a few arguments and tears over who was to be with whom we
would divide into two teams. One team would be the knights, the
other the Goblins. The next day it would be Allies and enemies,
cops and robbers, cowboys and Indians.

One day, however, after a visit in school
from the local history re-enactment group, part of the Newtownards
Historical Society, we became obsessed with Vikings, Druids, St.
Patrick and the Celts.

So that day a new game began; “Raiders and
Celts”. One team would be the invading force, seeking to cut down
the forest to build houses and plant crops, raid the towns and
pillage whatever was available. The other team became the Celtic
Druids, defenders of nature. They would stop the raiders by
capturing them in traps and snares.

This game consumed our summer holidays,
weekends, evenings, and every fleeting thought and whim and every
daydream.

For years, the transition from primary school
to high school was a massive one. Childhood was expected to be left
behind and adolescence picked up along with the new itchy and
starchy, one size too big, school uniform. I can safely and proudly
look back and remember not agreeing to those terms and conditions.
Not then and some may say, not even now.

My childhood dreams and imagination has never
left me and I hope they never do. Dreams make a man. Why live one
life when you could live many, right?

So that summer the obsession was “Final
Fantasy 7” on the PlayStation and researching Vikings, Celts, Irish
Mythology and fairy tales. I would quiz my grandpa on all types of
myths and history.

He was the secretary of the historical
society in our home town so he had a wealth of material for me to
read and ponder over.

I would make huts the way early men did in
the early Bronze age I would make weapons like arrow heads and axes
from flint, spears from branches sharpened with tools I had made
myself and then continue in the evening to defend the forest from
Northern Invaders.

We would fight alongside Cú Chulainn, throw
boulders the size of towns with the help of Fionn macCumhaill and
scare the Invaders at night with Clíodhna, the queen of the
Banshees.

However the one piece of mythology and
folklore that always stood out to me, were the luchorpán, or as you
may know them, Leprechauns.

There was something about that secretive race
that withstood the many changes in Ireland, that endured the
struggles and the conflict and which yet remained silent and
hidden. I had read J.R.R. Tolkien’s “The Hobbit” that summer and
had fallen in love with Halflings, the amazing little people that
Tolkien had created. I considered them wonderful and acknowledged
them as saviours of Middle Earth. I felt that, as an Irish boy, I
had a form of ownership of the Luchorpán. They were like my version
of the Hobbits.

I had however crossed over a line between
imagination and reality.

Growing up in church I always felt uneasy
with the stories there. I found God in a very different way as an
adult, but back then, Sunday morning stories were just myths from
the Middle East. I remember one morning however, the minister
saying that `belief reaps rewards from the almighty.’

I translated that in my childish, innocent
and un-spoiled youthful mind as, `if you believe in something hard
enough, it will come true.’

I wanted to find the Luchorpán. I wanted to
be the great adventurer who discovered the truth of the Irish
myths, the Indiana Jones who uncovered the great mystery and who
brought back artefacts to the world. I wanted to be the first
person to make contact with the Luchorpán on behalf of this world
and prove they were more than just mythical characters
.

As the summer holidays continued, the games
in the woods ran for longer and longer. From morning until after
sunset we would be out there. I, however, veered deeper into the
trees each time. Hoping that this would be the day I would find
something.

More and more children came to play each day
too. The numbers grew and skirmishes turned to great battles. More
and more were converted to the ranks of Vikings and the numbers of
the Druids fell. We had to be smart. We made more traps and pits
for the invaders to fall into, until one afternoon, while I was
digging a small trip pit, my hands gave way. I was digging deep
into the ground, leaning in as the hole got larger, until suddenly,
I lost my balance. My knees slipped from the ledge, and as I put my
hands out in front of me to stop my fall, the ground swallowed me
up. I must have been digging at the roof of a cave because I fell
deep into the dark hole.