Paloma and the Horse Traders 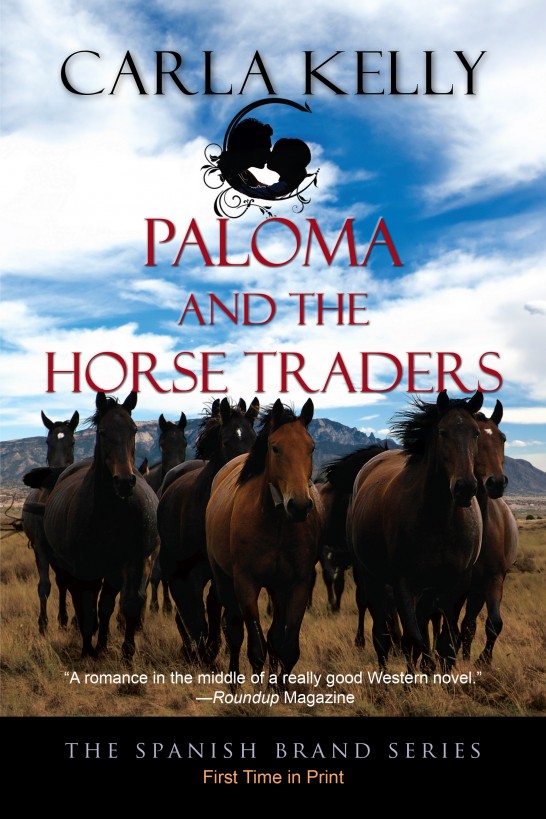 Paloma and the Horse Traders

For more information go to:
www.camelpress.com

All rights reserved. No part of this book may
be reproduced or transmitted in any form or by any means,
electronic or mechanical, including photocopying, recording, or any
information storage and retrieval system, without permission in
writing from the publisher.

Map and brands by Nina Grover

Book Paloma and the Horse Traders

This ebook is licensed for your personal
enjoyment only. This ebook may not be re-sold or given away to
other people. If you would like to share this book with another
person, please purchase an additional copy for each person you
share it with. If you're reading this book and did not purchase it,
or it was not purchased for your use only, then you should return
it to Smashwords.com and purchase your own copy. Thank you for
respecting the author's work. 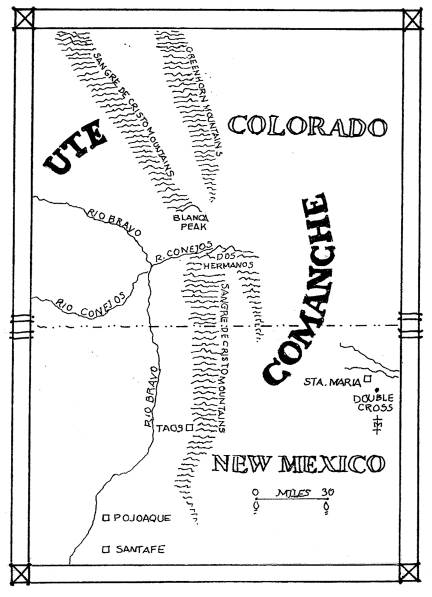 A
n official of the Spanish
crown who inspects and registers all brands of cattle and sheep in
his district, settles disputes, and keeps a watchful eye for
livestock rustlers. In the absence of sufficient law enforcement on
the frontier of 18th century New Mexico, a royal colony, he also
investigates petty crimes.

In
which Marco packs for Taos, Paloma gives advice, and surprises
him

I
n Marco Mondragón’s mind and
heart, he loved his wife, Paloma Vega. She was bone of his bone and
flesh of his flesh, but why, in God’s name, did she have to be so
solicitous while he packed for his trip to Taos?

“
Husband …” she began, and he
knew that amused look in her eyes, that spark of lurking humor that
had already gotten them through crises both domestic and
foreign—domestic in the royal colony of New Mexico, and foreign in
the kingdom of the Kwahadi Comanche to the east.

She held up the loincloth that he had thought
to stuff among his smallclothes and other things that Christian
gentlemen wore to distinguish themselves from savages.

She surprised him then, as she often did, even
though they had been married for more than three years and he knew
her better than anyone. Grinning now, she moved up close and gave a
gentle tug on the family jewels. “Big Man Down There, you want to
hang loose, do you?”

She called him by his Comanche name, the one
given by Eckapeta, the Comanche woman whose tipi he had shared with
Paloma during their memorable trip to Palo Duro Cañón. Word had a
way of getting around in Comanche encampments, and that was his
name. He never told any of his New Mexican friends, but he couldn’t
help but take pride in the compliment, if only with
Paloma.

She patted him there again, and he wanted to
close the door to their bedroom and sport a bit in that quiet
afternoon time. Wanted to, if not for their son Claudio, who slept
on their bed where she had settled him after a prodigious nursing.
And little Soledad Estrella—Soli—sang to her dolls in the next
room.

Afternoons of casual coupling were long past.
Thank goodness for nightfall, when the children were fed, sung to,
and asleep in that room that he had kept closed, after his first
family died of cholera while he was away inspecting brands. The
room was a riot of color and activity now, good for playing and
giggling and then sleeping, in that worn-out way of the
young.

Then he and Paloma could find their own bed to
laugh, talk, make love, and argue a bit, as needed. Quiet times
with Paloma, scarce now, were even sweeter. His life had gone from
orderly desolation to one overflowing with abundance, chaos, and
occasional confusion. He loved it.

And there was that loincloth. He took it from
her and returned the skimpy bit of deerskin to the spot next to his
smallclothes, which he planned to shuck as soon as he and Toshua
were out of the district that he administered as
juez de
campo
. Summer was the best time to ride nearly naked. Paloma
had no idea.

He gave her that look down his long nose, the
one that always made her laugh. She did so now, but quietly, after
a glance at their sleeping son. “It’s August and there is no one to
impress between here and Taos,” he said. “It’s time for the jewels
to swing free. You can’t imagine the comfort.”

She laughed again, then turned wifely. She
spoke into his ear, her words tickling him. “Just have a care that
the sun doesn’t scorch you in spots not usually
exposed.”

She kissed his ear, then darted out of reach
when he grabbed for her. “Hold that thought,” she whispered, and
blew him a kiss from the doorway. “It’s time for Soli’s
bath.”

Marco followed her to the door of their
bedchamber. He watched as she went into the children’s room and
held out her hand for Soledad. When Soli was on her feet, Paloma
nodded to the little one, only seven months past her second
birthday. Paloma clasped her own hands in front of her
not-quite-so-slender waist and stood there with all the lovely
dignity of the Spanish matron she had become. Deeply appreciative
of Paloma’s mothering skills, Marco smiled as Soli imitated the
graceful gesture.

They looked at each other, mother and
almost-daughter, as Paloma gently instructed her cousin on her
place in the world of women, even little ones.
How did Paloma
know to do that
? he asked himself, admiring the ladies in his
life.

“
Time for a bath, my dear one,”
Paloma told Soli, and glanced at Marco. “
Hija
, remember to
give honor to your father.”

He managed not to laugh as Soli dipped him a
small curtsey, then started at a walk down the hall to the room
where the servants washed the clothes and the children. Her dignity
lasted until the exuberance of childhood reasserted itself. Soli
picked up her skirts and skipped toward the kitchen, Paloma
following.

His wife had asked him to fold a blanket next
to Claudio, so he would not roll off their bed. He complied,
tucking blanket rolls on both sides of their son, eight months
younger than his sister-cousin.

Marco stood a moment in profound gratitude,
observing the child they had prayed for, during those many months
when it did not seem that Paloma’s body would ever nurture a baby.
“God is good,” he whispered.

Paloma returned a few minutes later, having
surrendered her cousin to the care of the woman who had wet-nursed
Soledad, spirited away from the dead house full of smallpox where
her parents had perished. The Pueblo woman had lost her own child
shortly after birth. She had relieved both sorrow and full breasts
by willingly suckling the infant daughter of Alonso Castellano and
his wife Maria Teresa Moreno, gone more than two years
now.

Because she had no other, Soli knew who her
mother was, the darling woman coming toward Marco now. Through her
own morning sickness and increasing awkwardness as their own baby
grew inside her, Paloma had nurtured and loved her infant cousin.
To understand the deep love of a woman for a child, Marco only had
to turn his head each morning and look at the woman who shared his
pillow.

Once Perla
la cocinera’s
grandson had
been placed into service watching their sleeping baby, Marco and
Paloma walked toward the
acequia
, where the waters of late
summer were less generous than in early spring. Theirs was a dry
land, a land both harsh and dangerous. It was a place for
bravos
who wanted land grants of their own, which King
Carlos willingly allowed, because the king did not like his New
World possessions empty and idle.

This stroll near the irrigation ditch had
nothing to do with preparations for his journey to Taos. There was
no need to give this capable wife of his any instructions. His
mayor domo,
Emilio, knew his business in the fields and
corrals, and Paloma could handle everything else. He had to admit
that she was gracious and more diplomatic with the people of Santa
Maria who came to him with questions of brands, or water-sharing,
or petty crimes and misdemeanors. A
j
uez de campo
could not have a better partner than Paloma Vega. She had spoiled
him with her abilities, and he didn’t mind in the least.

Resurrection by Barker,Ashe
Cad Guidebook: A Basic Manual for Understanding and Improving Computer-Aided Design by Stephen J. Schoonmaker
Miss Goodhue Lives for a Night by Kate Noble
Strife In The Sky (Book 7) by Craig Halloran
Declare (Declan Reede: The Untold Story #4) by Michelle Irwin
Bestial by Garton, Ray
Change Of Heart by Winter, Nikki
Spice & Wolf II by Hasekura Isuna
The Heresy of Dr Dee by Rickman, Phil
Cibola Burn (The Expanse) by James S. A. Corey
Our partner