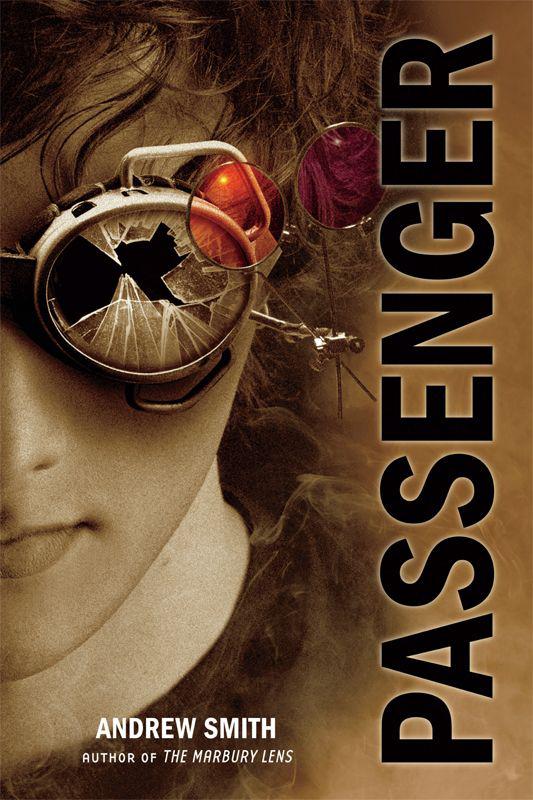 Of course it wasn’t over.

It has been two and a half months since Freddie Horvath kidnapped some dumb fucking kid who was too drunk to find his way home.

You can’t possibly believe things just end, dry up, go away, can you?

Sometimes, when I look at myself, I see the likeness of Wynn, my grandfather, in my face. And I wonder if I’ll still be carrying all of this around when I’m his age.

It’s not like a sack of garbage you can just drop off at the side of the road and then keep going, pretending you had nothing to do with it in the first place.

Sometimes, it makes me very tired.

I need to tell you a story.

The garage steams with the smell of cat piss and something dead. The reek hangs in the still press of late-August heat.

Every one of us is sick and scared.

My best friend, Conner, shrugs. “We got no choice.”

I would die for Conner Kirk. Sometimes, I think I have died for him dozens of times, over and over again.

Conner looks at the other boys, as if his words are spoken to convince himself more than the rest of us. “Jack and me are leaving for St. Atticus next week. When the four of us split up, you’re going to go crazy if you don’t have the lens, and we can’t just leave it here.”

Among all of us, Griffin looks the most scared.

I watch a bead of sweat as it arcs up and over Griffin’s collarbone, then streaks down his bony chest. And he says, “Well, what are you looking at me for? You were the one who said it was a good idea.”

“The only idea,” Conner says.

I squeeze my hand tight. “I don’t have nothing better. It’s getting late.”

We’re all soaked, but we’re afraid to open the doors. We even put a canvas painter’s tarp over the only window. Conner pulls his shirt off and wipes his face and armpits with it.

I can hear him swallow. He closes his eyes and inhales deeply.

He grabs my wrist.

“If we get lost or something,” he begins, but he knows I don’t want him to say any more. Not now.

A ball-peen hammer rests on the table next to the vice. There is a lidless Mason jar with some cloudy paint thinner; the stained handle of a brush tilts against the lip of the inner rim. The things belong to Griffin Goodrich’s dad—Ben Miller’s stepfather.

No one else is home, just the four of us—standing around that workbench, sweating like junkies inside the boys’ unlighted garage.

It is suddenly so loud when Ben cranks the vice open.

He lets the knob-ended metal bar drop through its catch hole, and the steely clang makes Griffin twitch like he’s been shocked.

The Marbury lens is in my hand.

I know what I’m doing, don’t have to see anything.

When I open my hand, it’s like we all gasp for the same shortened mouthful of air—and it’s not enough.

The familiar dull purple glow, like an aquarium filled with smoke and creatures swimming just below the surface of our blurry vision; writhing shadows like pendulous scythes that sweep across the stalks of our legs, asking us to fold before their blades, wanting us to go down into that swirling light.

Conner’s eyes are locked on mine.

“Don’t look,” I say, and my voice sounds ridiculous.

Fingers feel the toothy edge of the vicemaw.

Griffin is shaking, his eyes shut tight. I don’t know if it’s tears or sweat I see on his face.

“Don’t look,” I say again, more to myself than anyone else.

I tighten the vice, let go of the lens.

The swimming shadows boil below us, urgent, pleading.

Blindly, I reach for the hammer, line it up with my thumb.

The lens cleaves. The upper fragment, freed, spins jaggedly through the air and I see flashes like I’m thumb-flipping through a book of unrelated photographs taken by strange hands at different times and places. I feel the broken piece as it lands with the weight of a dead bird on top of my foot.

Screams. Sounds like a slaughterhouse running at full tilt, a jangling of machinery: agonized, pained cries coming from somewhere, everywhere; and I’m thinking,
It’s not me, it’s not the kids, it isn’t Conner
; and I can’t see the garage anymore.

I fall backwards through the slithering monochrome shapes that writhe up from the floor. I thrash my arms, try to grab hold of anyone, try to shout the names of my friends—I forget how to make the words leave my mouth.

My hand slides over something slick. It is Griffin’s arm and I squeeze a grip on the boy and together we fall and fall through the forever of passing images. Endlessly slow and silent, like we are descending; downward through lukewarm pudding.

And I feel my fingers passing through Griffin’s arm, like the boy has turned into steam, and all I can feel is a moment of moisture before my hand is empty.

And I know only two things.

My eyes are closed.

And I am alone.

In time, I gave up worrying about whether I’d lost my mind. It didn’t matter. Because my best friend, Conner Kirk, had been dragged beside me into hell. Ben and Griffin, too.

Now they were gone.

Ten weeks before, a man named Freddie Horvath kidnapped me. He was a monster, and I was something like a little bird that nobody gave a shit about.

I fell out of my nest.

Since then, all of the horrors that stacked and stacked, layer after layer—the killing on Nacimiento Road, being pursued by Henry Hewitt when I was lost and sick in London, stumbling and falling into the nightmare of a place called Marbury that made me feel more at home than I’d ever felt at any other time in my regrettable life—it all turned me into a monster, too.

I could not stop myself from having Ben and Griffin fall with us into Marbury. It was what they told me they wanted, and I believed every sound I’d ever heard in Marbury. So after Conner and I returned from England and found them playing basketball in the park, we could not help ourselves.

The four of us became willingly trapped.

Now we straddle the gap of nowhere, between this world and the not-world called Marbury. And Marbury is what we need more than anything.

I can’t explain it; that’s just how things are.

Freddie Horvath made me into a monster.

I made monsters of my friends: Conner Kirk, Ben Miller, and Griffin Goodrich.

And before Conner and I could leave Glenbrook, California, for the coming school year in England, the four of us monsters must divide our pathetic kingdom.

Here, in this piss-reeked garage.

I was in the garage.

But it wasn’t the garage.

I rolled over onto my side and watched the gray light coming through the window, now uncovered, an asterisk of jagged fractures in the lower right pane centered in the quadrant of rusting muntin strips like someone had started a game of tic-tac-toe there with a hammer and then gave up.

It all looked so familiar.

I don’t know how long I lay there like that. There was the loose jumble of disjointed things I knew: I was in Mr. Goodrich’s garage—I was certain of it—and it felt like I was about to puke, but I had to hold it back, think about something else, because it was my friends’ house, after all, and I just didn’t want to move yet.

But something was wrong.

I became suddenly aware that I had been drooling. Warm spit ran down my cheek and onto the oilstained concrete floor, and something black scuttled toward my feet.

And where was Griffin?

Where were Conner and Ben?

I pushed myself up to a sitting position, my legs spread out like arrows, clockhands on the floor.

My clothes were different. The knees on the dusty jeans I wore had been torn through, and I was filthy. Somehow, I remembered it. The shirt hung open, unbuttoned, striped.

I don’t have any striped shirts.

One sleeve was rolled to my elbow; the other hung limply, unraveled over my arm, like something dead. A number had been stitched across the left shoulder, above a spot where the pocket had been torn away.

It didn’t mean anything to me, but I felt that tickle in my head.

I was supposed to remember something.

And I had work boots on.

I wasn’t wearing boots. I never wear things like this.

One of them was untied, half hanging off my foot.

I could hear them eating, chewing, burrowing their way into a pile of stained rags crumpled across the bottom of the wide roll-up garage door. But I knew it wasn’t rags.

I gasped, pushed myself onto my feet and immediately fell backward, dizzy. I slammed my hip against the workbench where we’d clamped the lens down in Mr. Goodrich’s vice. My foot kicked the hammer; it spun a half circle and pointed to me.

You really fucked up this time.

My eyes darted from the rags, the bugs, to the vice. I saw the lens, broken, dull, like it had been drained of something, and when I grabbed for it, I cut a deep gash across the palm of my hand and watched dumbly as my blood dropped thick and hot onto the floor, splattering the tops of my boots and the smooth wooden handle on the hammer.

I closed my hand, sticky with my own blood, pushed the broken lens down inside my pocket.

Don’t look at it.

No. These were not my clothes.

I took three slow steps—counted them—toward the heap lying against the door. It jerked, electric, as the bugs tore into their task beneath the canvas clothing that covered what once was a person.

Always cleaning away everything dead.

One of the harvesters followed the dots of blood I’d left on the concrete. I heard scraping sounds from its jaws as it tried eating the little bits of me I’d scattered there. I pushed my foot down inside the untied boot and then stomped my heel square across the harvester’s shell. It was nearly as big as a cat and it burbled a hiss when it broke in two, spastic legs twitching in slick goo, protesting while cousins came eagerly to pick it apart.