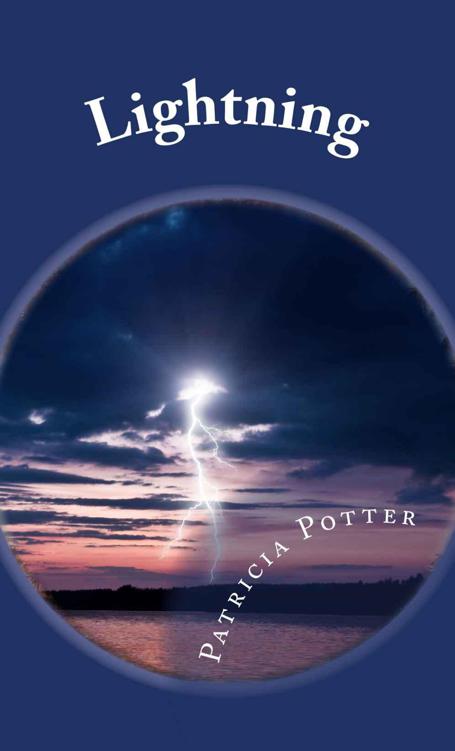 All of the characters in this book are fictitious,
and any resemblance to actual persons, living or dead,
is purely coincidental.

With love and appreciation
to Richard Swanson and Sara Fountain,
for their friendship and support throughout the years
and for always being there.

Lauren woke to her own scream, an excruciating pain filling her, terrifying her.

Her bed was bathed in sweat, her body and hair sticky with it, as she heard what sounded like the boom of cannon. Almost against her will, she opened her eyes.

The window was open in the hot, humid night, and the curtains were blowing wildly; fat raindrops splashed onto the pale green rug. A vivid streak of lightning lit up the room, then the thunder roared again, its fury every bit as intense as the cannon she’d thought she heard in the nightmare.

Please God, let it
be
a nightmare.

But the pain became even more intense, swelling until it seemed to consume her body. Then, suddenly, it vanished, leaving her drained. Empty.

But the relief was no relief at all, for in its wake the pain left a blackness that was worse than the agony.

“Larry!” she screamed in a cottage empty of any life but her own.

Another roll of thunder drowned the name as she hurled herself from the bed. For a moment she almost fell. She grabbed the poster of the bed, holding on to it as she turned her eyes once more to the storm raging outside.

“Larry,” she cried again, but this time in a whisper as despair overcame her. “Larry,” she called again and again, but it was as if a huge gray dark cloud had enveloped her, stealing a part of her soul. She felt pain again, this time so strong that she fell on the bed and lay panting there.

And she knew, with a soul-searing certainty, that Larry, her twin, was dying. Somewhere, in a storm like this, his life was draining from him. She’d felt his pain before, as he had hers. They’d wondered at their enduring each other’s illnesses and accidents, and felt it a curse.

No more. She knew that too. The weakness was growing, the emptiness swelling until it seemed to suck her into a vortex of blackness.

Another flash of lightning illuminated the room, and she almost believed she saw Larry again, grinning mischievously, his hand extended toward her. And then he was fading; the light was gone, and she was alone.

Their father had once said Larry was like the first bright glow of sun in the morning, and Lauren like the gentle twilight of evening. Both so different, yet parts of a whole. But he was gone now too.

Lauren held out a hand in the darkness. “Don’t go,” she whispered, but she knew there was no one to hear her cry.

And she wondered how could she endure days with no mornings.

The soft whisper was barely intelligible in the fog’ shrouded night. It was passed from man to man by lips that barely moved. Sound carried in this still, humid night.

Adrian Cabot winced at the dull, throbbing sound of the engines and the slightly audible slap of the paddle blades turning slowly through the water.

The
Specter
was only crawling now, feeling its way between the gunboats of the Union Navy that sat like great vultures just beyond the entrance to the Charleston Harbor. The open sea, and freedom, were minutes away.

Standing at the wheel of his own ship, his pilot beside him whispering guidance, Adrian felt a familiar mixture of anxiety and exhilaration. He had never experienced anything quite as intoxicating as running the Union blockade.

It seemed luck was with them tonight. The moon was only a slice, but even that was blacked out by the fog that had settled around Charleston in the first early hours of the morning. The
Specter
had already glided, unnoticed, past one Union gunboat, and then another. Now, on the starboard side, still another ship appeared out of nowhere.

Adrian said a brief seaman’s prayer. He knew his ship was difficult to see, particularly in this fog. He had designed her himself and took pride in her speed and maneuverability as well as her sharp, sleek lines that blended into night. The
Specter
was painted pearl gray, even its sails, and its hull rose only slightly out of the water. Only the most alert of sentries would find him tonight.

His hands tightened on the wheel. He needed this run. This one, and eight more like it. They represented the one opportunity to buy back his heritage, to redeem the honor of his family.

He took one more cautious look around the heavily laden ship. No light shone anywhere. Tarpaulins covered all the hatchways. Any light at all was cause for the severest discipline.

The Union ship on the left disappeared from view, and Adrian held the course steady, depending on the pilot’s knowledge to steer him away from dangerous shallows, sandbars, and shipwrecks. Johnny was endowed with the ability to see at night, and knew these waters better than anyone Adrian had met. Adrian complied without question with the instructions that Johnny delivered in a soft, unexcited voice, but he still felt like a blind man in the dark fog, and he could never quite accept his own lack of control.

He was just going to give orders to increase speed when a flare suddenly split the sky. He heard an explosion from starboard, and shot whistled through the rigging.

“Full speed ahead,” Adrian called, no longer caring who heard.

Another shot crashed into a bale of cotton to his left, sending white fragments everywhere and igniting several nearby bales. The smell of burning cotton assaulted his nostrils, but before he could say anything, sailors were dousing the cargo with pails of water.

Adrian felt a choking sensation from the sudden smoke that billowed up. He turned to Johnny. “How far to deep water?”

Another shot whistled overhead, this time missing the ship altogether.

“The smoke. They’re losing us in the smoke,” Adrian said with satisfaction as one of his men appeared out of the thick, soupy mixture of fog and smoke.

“And the smoke will keep them blind until we’re out at sea,” Adrian said, grinning. “We ought to send them a message of thanks.”

“Bloody Yanks,” said the man who had just reported that the fire was doused. “Wish we could fire back.”

Adrian chuckled. “I wouldn’t mind that either, Sinclair. Now I know how a damn fox feels.”

Another flare went up, but it was behind him, and only faintly visible in murky darkness. They had lost their hound, temporarily anyway.

A glorious release filled him, the exhilaration supplying him with energy and confidence. They were past the worst of it, past the main strength of the blockaders.

He stayed at the wheel until dawn broke. They spotted another blockader, an ironclad that Adrian had no trouble outrunning, even with his heavy cargo.

He took inventory. No one had been injured, although he found a bad burn on his arm from a piece of flaming cotton; the damage to the ship was minimal, and they had lost only a small amount of cotton. They had another two and a half days’ travel before reaching Nassau, but he was elated. He had sufficient coal, and he knew the
Specter
could outrun nearly anything the Union Navy had.

More than twenty runs now. And this one was the most profitable so far. Adrian wondered briefly how Socrates was faring in his cabin, yet he dared not leave the wheel—not until they were much farther from the coast. The Union Navy had greatly reenforced the coastal blockade now that Charleston, Wilmington, and Galveston were the only Southern ports open.

“Thank you, sir,” Johnny replied, a note of pride in his voice. “Good night, Captain.”

Adrian watched his pilot disappear down the hatch, then he looked back out over the ocean. The shore was no longer visible, and the fog had entirely dissipated. The morning was clear, the sun a rising ball of fire in the east. Warm satisfaction flooded him. It was good to win. And it was a damned fine day to be alive!

Five hours later, Adrian turned the wheel over to his first mate and descended the stairs to his cabin, hesitating before he entered. He never quite knew what to expect, and now that the danger had lessened, fatigue crept into every corner of his body. He’d had no sleep in two days.

Peace, he knew immediately upon opening the door, was going to elude him. With resignation he ruefully surveyed the wreckage of his cabin.

In addition to the broken mirror that now lay in shards across the floor, pages of a book were torn and strewn on his bed, and his favorite shirt was wadded into a bundle.

He sighed as he saw black eyes studying him with what he supposed was glee. All because he hadn’t had time to soothe the creature after the bombardment this morning.

Adrian couldn’t decide whether his greatest regret stemmed from the loss of his mirror or the book. Books were precious to him at sea. They were the one escape from wild fluctuations between extreme boredom and extreme danger, and he was only half through this one.

And the mirror. He needed it for shaving, and now he would have to borrow one from one of his crew. He had, after all, he thought wryly, a certain reputation to uphold, which often helped him get the best crew members and his ship the fastest repairs.

Wincing, Adrian looked down at his hand. In addition to the recent burn, there were other, tiny little marks up and down his hands and wrists. He was used to sharp little bites now.

There was not a crew member aboard who didn’t wonder why he didn’t get rid of Socrates.

Sometimes he, too, wondered. There had never been a more ill-tempered, cantankerous creature than the one squatting down in front of him, looking insufferably pleased with himself for the damage he had wrought.

But it was that very independence that appealed to Adrian. He was fascinated that the monkey dared to bite the hand that had saved and then fed him.

His often-irreverent first mate, Wade, said the two of them, Captain Adrian Cabot, also known as Lord Ridgely, and the monkey Socrates were very much alike.

Adrian knew he could be ill-tempered and that he sometimes lashed out and snapped at friends. But he always felt remorse and tried to compensate. Socrates did not.

And It Arose from the Deepest Black (John Black Book 2) by Keith Soares
The Stone Warriors: Damian by D. B. Reynolds
The Water Mirror by Kai Meyer
The Duke's Secret Desire (Regency Romance) (Regency Lords Book 4) by Regina Darcy
Last Call by Sean Costello
The Darkness Gathers by Lisa Unger
Conquering Horse by Frederick Manfred
Caught on Camera: Part One by Lily Harlem
The Ellsworth Case (A Markham Sisters Cozy Mystery Novella Book 5) by Diana Xarissa
Dress Your Family in Corduroy and Denim by David Sedaris
Our partner