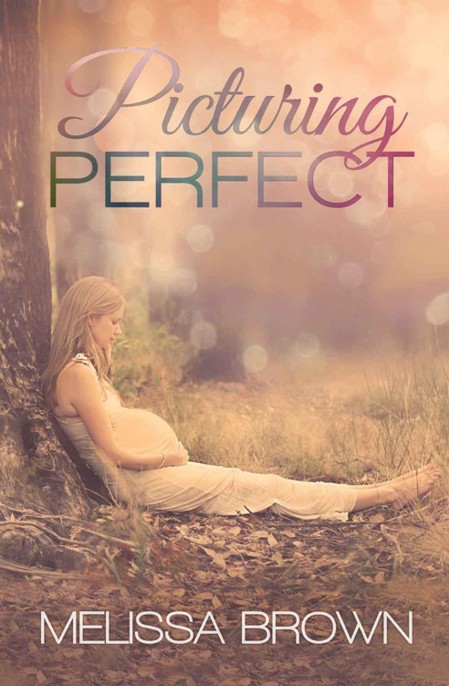 For my parents, Bob and Deb Bresloff,

for giving me such an incredible example of true and unconditional love.

I am proud to be your daughter.

I knew exactly how my future would be. I wanted to marry my boyfriend Tucker, to have a nice long engagement as we planned the perfect wedding ceremony. My father would walk me down the aisle as my white dress dragged gently against the tile of our church floor, knocking the pews like a silent bell as I strolled down the aisle. I wanted to work as a teacher until I achieved tenure. Then, after all of those things had taken place, we would make the decision to start a family. We'd have two little girls who each had my blond hair and blue eyes. They'd be two years apart and the best of friends. And as for me…I would be prepared, stable, focused and ready. And happy...I would be happy.

I would not be twenty-two years old, terribly
un
happy,
un
settled,
un
married. And I certainly would not be standing in the bathroom of my employer, (which, by the way, was not even a school) peeing on a stick in front of my co-worker.

"It's going to be okay, Hadley," Ellie said as we stood near the sink waiting for the three minutes to go by. Three minutes of watching my plans bounce around the walls, threatening to leap out the window. Three minutes of feeling my heart pound furiously in my chest, dreading the outcome of the test.

"What if it's not?" I asked her, my eyes red and puffy. Ellie scrunched up her lips. That's what she did when she was hesitant. She had no idea what to say to me.

I've always been really observant and perceptive when it comes to people's body language. They barely needed to say anything for me to know exactly what they were thinking. I was dreading Tucker's reaction to learning he'd be a father in nine short months, rather than the five to eight years we had discussed. He wasn't ready for this. I wasn't either. And we…well, we were barely hanging on as it was.

"It's been three minutes," Ellie said, with hesitation in her voice. "Do you want me to look?"

I didn't answer her right away. My pulse raced. Sweat poured out and my hands shook as I gripped the sides of the pedestal sink.

"Hadley," Ellie whispered as she stroked my shoulder with her fingertips.

I closed my eyes, waiting to hear the news. I heard Ellie pick up the small plastic stick from the ledge below the mirror. She sighed loudly before speaking, and just with that sigh, I knew my world had changed. Completely.

Auden and I were floating in a gondola, soaking in the last few moments of our vacation. Auden was flirting with the gondola driver as he toured us through the channels. Champagne tickled my taste buds before gliding down my throat. The smell of linen drifted in the air as we passed in between the buildings lined with hanging laundry. A woman with long brown curls peeked out from behind a brittle gray shutter. For some reason, I knew I'd seen her before. She winked at me and butterflies stirred in my stomach. Something felt off about that wink; it was eerie, creepy and ominous. I looked to Auden for reassurance, but she was gone. And suddenly, I knew this was not my first time in the fragile boat.

"Hadley," a distant voice said to me. I turned to see the gondola driver looking down, peering into my eyes. "Wake up," he said.

The room eventually came into focus as I was pulled from my dream. No longer sitting in a gondola, my still body was on a bed in a beige, sterile room. Tubes were attached to my right hand and my other hand was squeezed tightly by the grip of another person. My head was elevated, and thick plastic tubing rested inside my nose. I blinked my eyes again and again as I attempted to get a clearer view of my surroundings.

"Why is she so hazy?" Despite my fuzzy brain, I knew that voice. At least, I thought I did. It wasn't the voice of a stranger. It was Tucker. My Tucker.

"It's the medication," the doctor responded. "She's going to be in and out of consciousness for the next few hours."

"She's going to be okay, though," Tucker said and I felt him squeeze my hand again with his own.

"Well, as I told her mother earlier, her pneumonia is severe. She should have gone to a hospital in Europe-"

"She's too stubborn," Tucker interrupted, the irritation in his voice hovering above me.

Tucker constantly reminded me of my stubborn streak, my determination to follow my plans through to the very end. And if that meant ignoring the harsh pain in my chest so I could finish my once-in-a-lifetime trip with my best friend, then so be it.

"The nurses will be administering the antibiotic every few hours and the breathing treatments will help her. But, she's going to be here for several more days until I'm comfortable that the infection is under control."

"Tuck," I managed to whisper. The pain in my chest stopped me from saying anything more. It felt like someone was reaching into my lungs and squeezing them with all their might. A grimace escaped me and Tuck squeezed my hand harder in response.

"Shh," Tucker said, placing his finger to his mouth before turning his attention back to the tall, balding doctor with deep-set wrinkles in his face. "But, she'll be okay, right?"

"Young man, she's going to be fine with the proper treatment and care. Let's just get through the next few days before you demand any promises from me, all right?" The doctor shook his head before placing my chart at the foot of my bed and walking out of the room.

Tucker was micro-managing him. Even in my haze, I could see that. Tucker was a lot to take sometimes. His strong personality could be overpowering and was, many times, resented by those older than us. When he left, the quiet of the room was deafening. The tension was palpable. And I was terrified to make eye contact with my boyfriend.

Tucker was seething. Even in my partially conscious state I could feel the pressure coming from his hand. I could hear his long, drawn-out breaths as he inhaled and exhaled in a steady, but harsh rhythm.

"I'm sorry," I whispered. A lone tear ran down my cheek. I stared at the beige walls, hoping they would somehow comfort me. But, they couldn't offer me anything but silence.

"Don't, Had. Don't do it. I'm too pissed right now, especially at Auden. She should have taken you to the hospital weeks ago." He huffed, pushing himself up from his chair and walking to the other side of the room. He was right and I knew it.

Backpacking through Europe had been Auden's and my very last adventure before starting our new lives. We graduated from the University of Illinois in May and by the end of June, we were on a plane headed to London. For one entire month, we bounced from country to country, city to city—dancing to accordion music in Munich, touring the Louvre in Paris and riding in gondolas through the channels of Venice. It was one of the most exciting times of my life.

Megan Frampton by Baring It All
Beyond Bin Laden by Jon Meacham
Fledgling by Sharon Lee, Steve Miller
Nebraska by Ron Hansen
Heart of Ice by Carolyn Keene
Soul Dancing with the Brass Band (The Brass Band Series) by Renfro, Vicki
Murder at Moot Point by Marlys Millhiser
Jack and Susan in 1913 by McDowell, Michael
The Lair (The Margellos World Republic of Letters) by Manea, Norman
Somewhere My Lass by Beth Trissel
Our partner