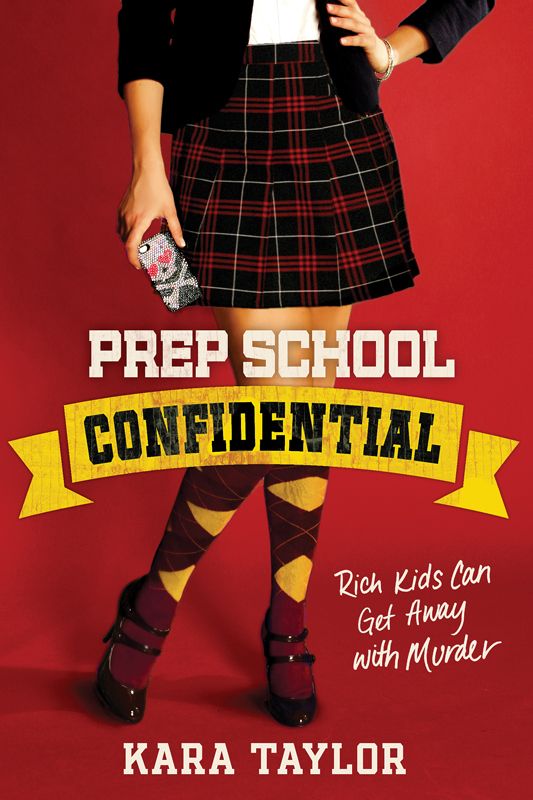 Thank you to Anne Brewer and Brendan Deneen at Thomas Dunne Books, whose vision for this book made it come to life. Thanks for taking a chance on a writer who had barely graduated college. To Nicole Sohl and everyone else at St. Martin’s Press—I appreciate all your time and enthusiasm.

To Suzie Townsend, the dream agent who became my actual agent … thank you for never giving up on me. And also for being my #1 fan (well, besides Brendan). I’m also indebted to Pouya Shabazian, Joanna Volpe, Danielle Barthel, and the rest of the amazing team at New Leaf Literary.

This book never would have been completed without the support of my amazing friends Lindsey Culli, Kathy Bradey, Elizabeth Holloway, and Debra Driza. Thank you for always reading my work and talking me off cliffs when the time comes. To all of my other writer pals, you guys are the best cheerleaders anyone could ask for.

I’m lucky to have awesome friends who put up with me forgetting to return calls and occasionally refusing to leave the house. Kevin Thomas has been spectacularly patient with me for six years and counting. He’s always there when I need to bounce ideas off someone, even if he’s only read four books in his life … including mine.

I have to thank Ellen Hoffman and Joe Folks, who are living proof that teachers change lives.

And last but not least, my family. There are a lot of you, and you’ve all humored me if not encouraged this hobby of mine. Mom, although it’s embarrassing, it’s also cute when you tell anyone who will listen that I’m a writer. And last but not least, to my dad, who used to tell me I’d have a better chance of being struck by lightning than getting published.

Any girl at St. Bernadette’s Prep should know three things: Skirts need to be one inch above the knee only if a teacher is looking, a dab of nasal spray will make any zit less red, and the lock on Headmaster Bailey’s office door can be picked with a credit card.

I know what you’re thinking. Petty breaking and entering is
so
not Upper-East-Side–like behavior. But cutting chorus to make out with Martin Payne, a second-year senior, isn’t Upper East Side, either, depending on whom you ask.

In my defense, the only reason Martin didn’t graduate on time is that he had to take a year off for health problems. At St. Bernadette’s, drug use is a “health problem,” especially when your father is an alum who bought the fountain in the courtyard. And, yes, I can totally do better than Martin, as Ms. Cavanaugh pointed out when she caught me in the auditorium lighting booth with his hand up my sweater.

So, yeah. That happened. And Cavanaugh wouldn’t have let me off the hook if I’d been kissing Christ reincarnated. I’ve been on her list since she tried to kick me out of chorus in ninth grade. Even when I’m in trouble, most teachers pretend to be mad for like five minutes and then chalk it up to my
witty charm
or
colorful personality.
Not Cavanaugh, though: My ability to talk myself out of most snafus really pisses her off.

Of course she wrote me up.

See, there’s no detention at St. Bernadette’s. Instead, at the end of the day, teachers write up reports of any
incidents
and send them up to Bailey, who decides what to do with the offenders the next morning.

I’m thinking Cavanaugh made a suggestion or two about what Bailey should do with me and Martin.

Normally, I wouldn’t care about being called to Bailey’s office. It happens so often, I’m considering buying up real estate there. Sometimes she and I have coffee while we chat about my latest escapades. Not a big deal.

Problem is, there’s a chance that Bails will call my parents.

My parents are not on Team Martin Payne. In fact, my father hates the whole Payne family. According to him, they’re everything that’s wrong with old money. Not like my dad would know: He was the first on his side of the family to go to college. Harvard Law, in case you were wondering. As far as my parents are concerned, Martin has never had his hands near a non-PG part of my body, and I need to keep it that way.

Even if it means hanging out in a janitor’s closet until everyone goes home so I can sneak into Bailey’s office and steal the report before she reads it.

When I see the motion-activated lights in the hallway flicker off, I know everyone is gone for the day. I draw in a breath and count to sixty. Probably, I should cut my losses and go home. Not risk adding trespassing and theft to my list of offenses.

My mother’s face fills my head. My mother, looking like a wounded deer who just found out her daughter got groped by a pothead.

I jiggle my foot, reapplying rosebud salve to my lips with my pinky. I’ve really, really got to get my hands on that report.

Oh, Martin. Totally not worth this. Why can’t I stay away? I think it’s partly because he wears Burt’s Bees lip balm, and I’m a sucker for a guy with well-conditioned lips.

Wiggling my credit card—the one I don’t use much—between the lock and bolt is almost too easy. I throw a glance over my shoulder, although I’m confident no one else is in the building. If I do get caught, I’ll make up some lame excuse about how I needed to stay after for extra help in bio and my teacher forgot about me. And I forgot to, you know, leave.

Once I’ve wedged enough space between the lock and the bolt, I jiggle the handle until I can push the doors open. They groan under my touch as I open them into Bailey’s office. I breathe in the smell of lavender and furniture polish.

My hands are clammy. I ignore the urge to wipe them on the front of my navy Ralph Lauren sweater—which is an almost exact replica of the St. Bernadette’s uniform, except for the fact it highlights all the right places instead of the wrong ones and doesn’t have that tacky crest over the pocket.

There’s a metal basket for incident reports right next to the stainless-steel paperweight on Bailey’s desk. Bails is no-nonsense—her desk doesn’t have any portraits or signs of life to suggest she’s an actual person outside of school. There’re three degrees mounted on the wall behind the desk—from Georgetown, Dartmouth, and Columbia. I told Bails she should get a bonsai tree or something to improve the chi in here, but she ignored me.

I like Bailey. I mean, she’s okay. So I feel shitty about rifling through the incident reports until I find mine. (Well, not shitty enough to stop me from peeking at who else got busted today. I don’t know who Alice Lin is, but apparently she plagiarized her thematic essay on
Hamlet.
)

It’s not too far from the top of the pile.
Dowling, Anne. Inappropriate sexual conduct on campus.

What?! Since when is first base “inappropriate sexual conduct”? I read on, feeling my cheeks boil at the details Cavanaugh’s included. This sounds like a bad erotica novel. I could probably get her fired for writing this kind of stuff about a student.

My cheeks are still warm as I fold my and Martin’s reports, slip them into my purse, and lock the office door behind me. As I double-check to make sure the corridor is clear, my phone chimes.

Martin’s number is on the screen. I never save him to my contacts, because Martin should only be a temporary fix when I get bored, and locking his number feels semipermanent. I sigh at his text message:
Meet me in the auditorium.

So much for staying away.

Some guys are like barnacles. If you stick around for too long, they’ll latch on to you and suck you dry. Martin is not. Sometimes he’ll go weeks without calling or texting me, and I guess that makes him a little more appealing.

There’s also his hair. He’s tugging at the roots of his curls when I get inside the auditorium, which is typically the only thing he knows how to do with his hands when there’s not a joint in them. Martin’s mother is a Jamaican model. He got her silky hair, caramel skin, and height. He got his father’s douchey personality.

“Annie.” He slips his arms around my waist and pulls me to him. We’re behind stage right’s curtains. “I didn’t think you’d have the lady parts to go through with it.”

I push him away with one finger. “Shut up, Martin. I don’t see you attempting any damage control here.”

“That’s because I don’t have your biting wit and good looks to get me out of trouble.” He tucks my hair behind my right ear and lets his hand linger by my collarbone. I slap it away and wrap my fingers instinctively around the Juicy Couture dachshund charm on my purse. It looks just like Abby, my eight-year-old dog. Yeah, it’s a bit of a wacky accessory choice, but I can get away with it.

I think of the Christmas morning Daddy gave Abby to me and my mom. He’d tied a red-and-white-striped ribbon around her neck, but she ripped it off and shredded it before my mother and I got to see it on her.

I don’t know why, but thinking of that Christmas makes me want to be around Martin even less. I turn toward the backstage door.

“So I guess we’re not picking up where we left off this afternoon.” Martin actually looks upset.

“Like you don’t have four other girls on standby today,” I say.

Martin pauses, as if he’s remembered something. “You got mine too, right?”

I roll my eyes and thrust his report at him. “Here.”

Martin eyes it. “What am I supposed to do with that?”

“Wallpaper your loft with it. I don’t care.” I turn to leave.

“Anne, wait. We have to destroy these.” Martin looks paranoid. I’m torn between thinking it’s because of the joint he smoked earlier and buying in to his paranoia.