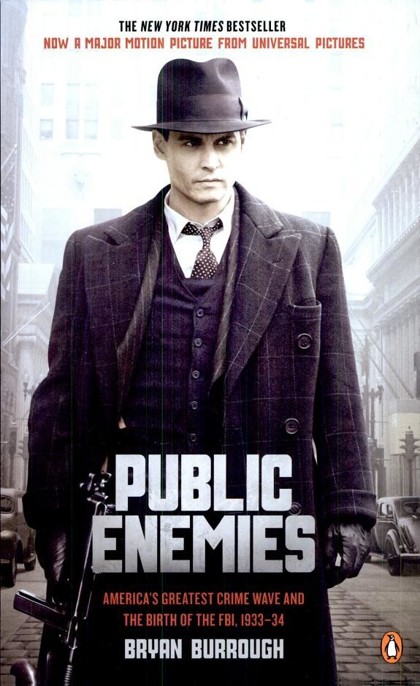 For Marla, Griffin, and Dane
“The Unit”
AUTHOR’S NOTE
Never before have I enjoyed researching and writing anything as much as I did the book you hold in your hands. If you derive half the pleasure from reading it as I did from creating it, I will be thrilled.
This is a book I always suspected I would attempt someday. The first stories I can remember hearing as a boy, the stories that made me want to become a writer, were tales my grandfather told of Bonnie and Clyde. As a young deputy in northwest Arkansas, John Vernon Burrough manned roadblocks set up to apprehend the couple. In his later years he was mayor of Alma, Arkansas, a town where Clyde Barrow was blamed for the murder of one of his predecessors. My grandfather’s stories sounded like tales out of the Wild West; I could hardly grasp the fact that these events had occurred barely forty years earlier. I grew up in the 1970s, and the formative events of my youth were the Vietnam War, Watergate, and the Iranian hostage crisis. I couldn’t believe America had changed that much in a single lifetime.
Later, I learned that Clyde Barrow had murdered the great-uncle of one of my boyhood friends in my hometown of Temple, Texas, and my interest grew. Stricken with insomnia late one night in 1997, I found myself watching a cable-television documentary on Ma Barker. I wondered whether the Barker Gang had been in operation before or after Bonnie and Clyde. I walked upstairs to my office and hopped on the Internet, ran a search, and was surprised to find that both gangs had been at large in the years 1933 and 1934. My curiosity aroused, I checked John Dillinger: 1933 and 1934. Pretty Boy Floyd, Baby Face Nelson, Machine Gun Kelly: all 1933 or 1934. This was my introduction to the War on Crime.
I picked up John Toland’s 1963 book,
Dillinger Days,
a biography that deals glancingly with Dillinger’s criminal contemporaries. I searched for a comprehensive history of the FBI’s fight against Dillinger and his peers, and I was surprised to find there wasn’t one. Any number of books had been published on the individual outlaws themselves, but, to my mind, no one had tackled the whole story. Then I learned that the FBI files on all these cases had been released only in the late 1980s. That’s when I decided to write this book.
This, then, is the first comprehensive narrative history of the FBI’s War on Crime, which lasted from 1933 to 1936, a period that saw the rise and fall of six major criminal factions: those of John Dillinger, Baby Face Nelson, Pretty Boy Floyd, the Barker-Karpis Gang, Machine Gun Kelly, and Bonnie and Clyde. It is a big, sprawling story, with gunfights and investigations in dozens of American cities involving literally hundreds of major and minor players, including an army of FBI agents, sheriffs, and policemen. On the following pages you’ll find a cast of characters to help you keep everyone straight.