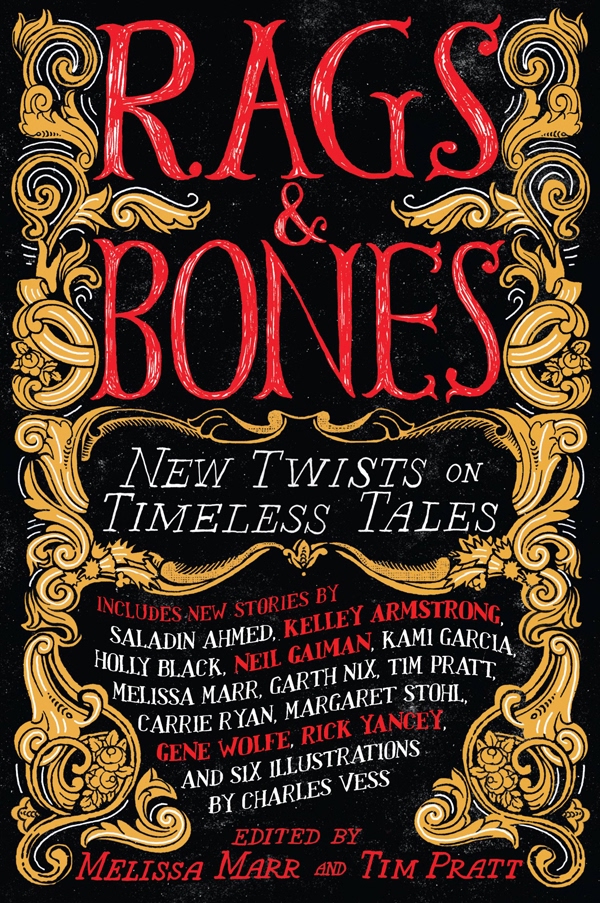 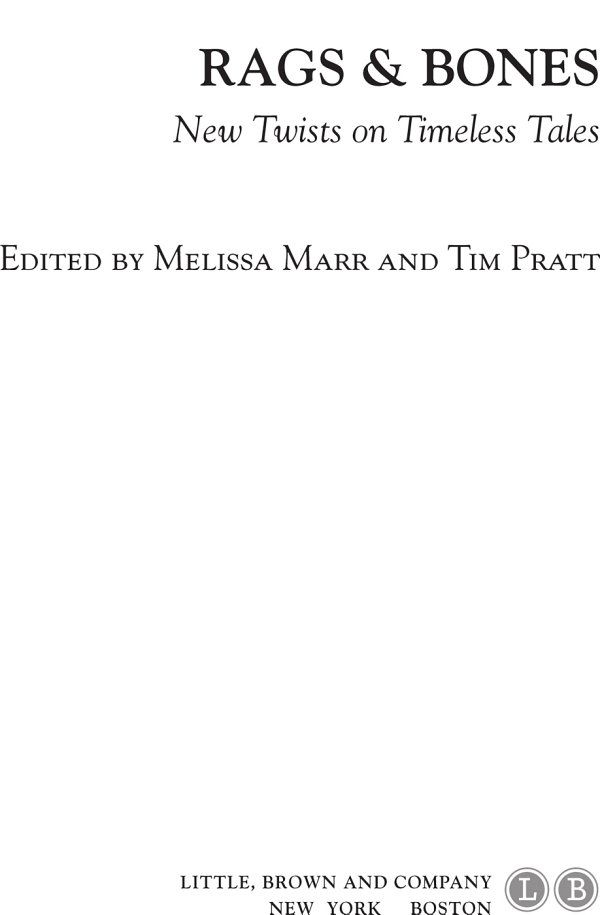 In accordance with the U.S. Copyright Act of 1976, the scanning, uploading, and electronic sharing of any part of this book without the permission of the publisher is unlawful piracy and theft of the author’s intellectual property. If you would like to use material from the book (other than for review purposes), prior written permission must be obtained by contacting the publisher
at [email protected] Thank you for your support of the author’s rights.

WHOSE REMARKS LED TO THIS ANTHOLOGY.
Y
OU ARE NOW AND HAVE BEEN A WONDERFUL INSPIRATION, BELOVED FRIEND, AND GOOD/BAD INFLUENCE.

WHO GAVE ME A HOUSE FULL OF BOOKS TO GROW UP IN.

The editors’ lives had overlaps before we knew each other. Tim studied creative writing in North Carolina and then went on to edit and write; Melissa studied literature at another North Carolina university, and then went on to be a university literature teacher for twelve years before writing. By the time Melissa began to write, she had found Tim’s short stories; he also published
her first story. Along the way, they became friends with a mutual love of short stories, literature, and science fiction and fantasy. This anthology was born from that mutual love—and a strange retelling of
Heart of Darkness
in the form of a children’s cartoon that Tim wrote.

The anthology also sprung from remarks Neil Gaiman made one night in New York about retelling tales, in particular about
retelling a specific fairy tale. Whether he remembers that the tale in question was the same one he retold in this collection, we don’t know. One of us sort of hopes it was all a grand coincidence. That’s what happens with writers: the art we encounter swirls and combines and evolves inside our minds. Those of us who love literature, old tales, folk tales, fairy tales, and half-remembered stories
keep them all in some strange simmering pot and ladle out bits into our own new stories. We return again and
again to old loves and old obsessions, or wrestle with the troubling and problematic aspects of stories we adored when we were young.

The two of us thought it would be fun to ask some of our favorite writers to return to those best-beloved old stories, intentionally this time rather than
in the usual subconscious ways. We asked them to choose stories that had moved them, influenced them, and fascinated them, boil those stories down to the rags and bones, and make something new from their fundamental essences. The results are wonderful. You don’t need to be familiar with the original sources of inspiration to appreciate these tales, but if these stories send you in search of their
literary ancestors, you aren’t likely to be disappointed by what you find.

In a story that grew far beyond anyone’s expectations, Rick Yancey takes Nathaniel Hawthorne’s “The Birth-Mark” into a distant future where our fear of science and the mystery of love mingle in fabulously disturbing ways. Carrie Ryan leads us into a different future—one where we have gone underground and rely on technology
even more than we do in the real world. Kelley Armstrong also takes on the future, but in her hands, it is not technology but magic that drives the story—magic and brotherly love. In all three—both horror and science fiction—human foibles are the true heart of the stories.

But not only do the stories in
Rags & Bones
reflect the literary influences of the authors, they also reflect personal interests
and influence. Margaret Stohl drafted her tale while on the set of the film adaptation of her co-authored series—and tied her tale into an area she visits for her writing.
Beautiful Creatures
co-author Kami Garcia crafted a story that makes use of her background as a fighter and as a teacher in underfunded areas.
Both stories reflect the authors’ stores of knowledge and experience, but develop
in delightfully dark and unexpected ways.

The structures and styles chosen for the stories offer interesting variety as well. Garth Nix offers an unreliable narrator who tells his own story—or a version of it—inspired by Rudyard Kipling’s overly ambitious characters. Holly Black imagines the vampire Carmilla from the eponymous story by Sheridan Le Fanu as an immortal, but still modern, teenager
fighting her own nature, written in the form of a desperate confessional outpouring. Saladin Ahmed gives a voice to the maligned and caricatured Saracens from
The Faerie Queene
, harnessing the imagery and rhythms of that proto-epic-fantasy for his own purposes. Gene Wolfe looks beyond the end of a William B. Seabrook tale of savagery and inhumanity to speculate on the disturbing consequences.
Several of the other authors tried narrative styles different from their normal approaches, and in every case, the resulting story is one we are thrilled to share with you.

The editors also included stories of their own in the collection. Without telling the other, both turned to the American South in their stories: North Carolina native Tim Pratt adds a touch of Southern lit to a Henry James
story and Melissa Marr takes a story from traditional Southern lit and tangles it in a Scottish/Orcadian influence.

We hope you enjoy the results.

That the Machine May Progress Eternally

It isn’t until he’s nearing the bottom of the ladder that Tavil realizes his sister hasn’t followed him. He stares up the narrow tunnel to the surface expecting to see her there, but instead he finds nothing except darkness capped by a wash of stars.

“Pria!” When he calls her name, his voice echoes unnaturally from the metal walls surrounding
him. He isn’t used to this claustrophobic nature of sound; where he lives there’s space for noises to unfold and stretch.

His sister doesn’t respond. Doesn’t even pop her head over the lip of the tunnel to taunt him or let him see her face. Tavil hesitates, wondering if he should go back or if Pria’s merely lost her nerve. He glances down. Not far below him a harsh light glows, illuminating where
his feet curl around the lowest rung. Only a small drop and he will be fully inside the Underneath. A humming sort of buzz reverberates everywhere until it seems to settle within his bones, rattling even the individual corpuscles in his veins.

How easily the sound lures him, the very nature of its mechanicalness entrancing. It is like a heartbeat, as if this world is itself alive and not just
the components nestled within. This thought both repels and awes Tavil. By its very nature—or more aptly by its
lack of nature—the underground domain of the Machine is abhorrent. This is an unquestionable fact in Tavil’s world.

And that’s what makes it alluring. Because Tavil doesn’t believe in the unquestionable. He wants to see the Machine for himself before its inevitable demise.

He releases
the rung of the ladder and lets himself drop into the artificial light. As he does, a monster of metal screams toward him, forcing him to dive against the wall. He flattens his body and sucks in a breath. Even so, the distance between his chest and the side of the carriage is less than a hand’s width and his shirt flutters in the buffeting wind that clatters with a
WHOMP WHOMP WHOMP
until the
thing is finally past. It roars around a curve, following a set of rails into the distance. In its wake is a kind of perfect silence broken only by the constant hum of the Machine and the pant of Tavil’s breathing.

Tavil’s body trembles, every bit of him almost on fire from the fear. He doesn’t know when he closed his eyes, but it was after he’d seen a face peering at him. It had been through
a glass window as the train sped past and it had been only a glimpse. Whether the creature had been male or female, Tavil couldn’t say, but he was pretty sure it had been a human. Its body was puffy and white, its head bald except for a few wisps of hair, and its mouth open in surprise, fleshy pink gums gleaming where teeth should have been.

The image is enough for Tavil to feel he understands
this buried world and he is ready to leave. But when he turns, the hole he’d climbed through no longer exists. In its place is a smooth expanse of white tile, a continuation of the unending pattern throughout the tunnel. The broken scraps of debris that had littered the base of the hole are gone as well.

And this is when he feels the truth of where he is: so deep underground that the climb down
made the muscles in his legs and arms quiver. There are not enough kinds of measurements for the amount of earthen weight between him and the surface. Between the stale yellow air of the Underneath and the freshness of fog. Between the constant artificial light and the shifting time of darkness.

He is trapped. Brutally so. As if in a casket, in a grave, in a tomb. He claws at the tiles, not caring
when his nails break and his fingertips smear the white walls with blood. He screams, not caring if someone hears; hoping they do and will cast him out like the Homeless.

“Help me!” he cries. “Help!” In the space between panicked sobs he thinks he hears an echo beyond the tiles. A whisper down the hidden ventilation shaft. A call for help like his own. He pauses to listen. There is a scraping
and his heart slams in his chest thinking that it is Pria come at last to rescue him.

He is standing, staring up at where the tunnel to the surface used to be, his face sodden with tears and his body heaving with ragged breaths, when the worms arrive. He doesn’t notice them until one is wrapped around his legs, pulling tight. As he falls he catches glimpses of their long white mechanical bodies
and then his head strikes the ground and there is only darkness.

He wakes on a bed in a small room with a floor shaped like the cell of a honeycomb. A chair is pushed against one of the far walls and between it and the bed sits a square table with a gargantuan book resting on top. Tavil pushes up on his elbow and swings his legs around until he’s sitting. He stares at the cover of the book, tilting
his head until he can read the title:
Book of the
Machine
. The pages inside are thin and whispery, almost transparent, so that when he holds his face up close to one he can make out the movement of his fingers across the other side. The pages are covered with series of numbers and words so tiny that his eyes burn trying to focus.

The light in the room isn’t bright, but neither is it dim, and
Tavil searches for its source but finds nothing. The light just
is
. The same as the humming felt by every aspect of his body, vibrating almost from the inside out. When Tavil stands, the hairs on the very top of his head skim the ceiling, making him feel as though he should constantly duck. It takes only a few strides for him to reach the other side of the room, which has begun to feel more like
a cage. Why else would its dimensions be so perfectly confining?