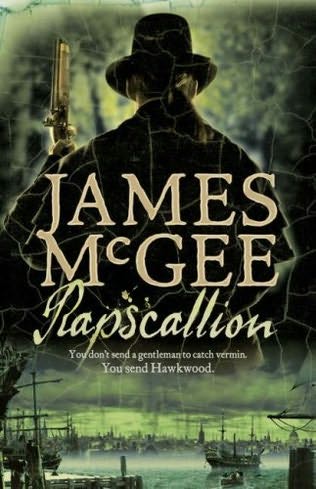 Sark stopped,
sank to his knees and listened, but the only sounds he could hear were the
pounding of his own heartbeat and the rasping wheeze at the back of his throat
as he fought desperately to draw air into his burning lungs. He tried to delay
his inhalations in an attempt to slow down his breathing, but the effect was
marginal. Moisture from the soggy ground had begun to soak into his breeches,
adding to his discomfort. He raised himself into a squat and took stock of his
surroundings, eyes probing the darkness for a familiar landmark, but to his untutored
eye one stretch of featureless marshland looked much like any other.

A hooting cry
came from behind and he stiffened. Owls hunted across the levels at night.
Sometimes you could hear the beat of their wings if you were quiet enough. Sark
remained where he was, crouched low. It had probably been an owl, but there
were other creatures abroad, Sark knew, and they were hunting too.

There was
movement to his left, accompanied by a soft grunt. The short hairs rose across
the back of Sark's neck and along his forearms. He turned slowly, not daring to
exhale, and found himself under close scrutiny from a large sheep. For several
seconds, man and beast regarded each other in eerie silence. The animal was not
alone. Sark could make out at least a dozen more, huddled behind.

The ewe was the
first to break eye contact. Backing off, it ambled away and began to herd its
companions towards a clump of bushes. Sark breathed a sigh of relief.

Then he heard
the distant baying and the bile rose into his mouth.

They were using
dogs.

Sark glanced out
of the corner of his eye and saw the sheep pause in their tracks as their ears
picked up the unearthly ululation. Then, as if with one mind, the animals broke
into a brisk trot. Within seconds they had vanished into the deepening gloom.

Sark turned and
tried to locate the direction of the sound, but the darkness, allied to the
dips and folds in the ground, made it difficult to pinpoint the exact bearing.

Ahead of him,
the land had begun to rise. Sark inched forward, hoping the slope would provide
the advantage of height and enable him to see further than his current position.
Reaching the top of the bank, he elevated himself cautiously and stared back
the way he had come. The first thing he saw was the bright flickering glow of a
torch flame, then another, and another beyond that. From his vantage point he
could see that the torch- bearers were still some way off and
that
they were proceeding haphazardly. He suspected they
were following the creek lines, but there was no doubt they were moving towards
him, drawing inexorably closer with each passing second.

There were more lights
in the far distance. They were no more than pinpricks, and stationary, and he
guessed these were the masthead lanterns of ships moored in the estuary. He
wondered briefly if he shouldn't have been heading towards rather than away
from them, but he knew that hadn't been an option. His pursuers were sure to
have cut off that line of escape.

He looked around
and found he was at the edge of a dyke. The ditch stretched away from him,
merging into the moonlit wetlands like a snake into the undergrowth. The smell
from the bottom of the dyke was foul; a pungent, nostril-pinching mix of peat
and stagnant water. There was another strong odour, too. He could see a heaped
shape lying close to the water's edge;
the remains of a dead sheep. Presumably the animal had placed
its foot in a rabbit-hole or some similar burrow, stumbled down the bank and
become stuck in the bog, unable to extricate itself.

Sark wondered
how long it had taken the beast to die. He tried to ignore the mosquitoes
whining about his ears, knowing even though he could not feel their bite that
they had already begun to feast upon his blood.

Another
drawn-out howl came looping out of the night. Sark felt the cold hand of fear
clutch his heart and he cursed his inactivity. He shouldn't have remained so
long in one place. He got to his feet and began to run.

He had a rough
idea of where he was and the direction in which he was travelling. He had the
vague notion that the King's Ferry House wasn't much more than half a mile
away. If his navigation was correct and he could reach the landing and find a
boat, there was a possibility that he'd be able to cross the river and hide out
on the opposite shore and thus give his pursuers the slip.

Keeping low, he
continued to follow the dyke's path, ignoring the stitch in his side, which was
beginning to stab at him with all the tenacity of a red-hot rapier.

Another cry
sounded; human this time, not more than a few hundred yards off. Sark was
uncomfortably aware that the men on his trail knew the ground far better than
he did. Despite the unevenness of the terrain and the latticework of waterways
that crisscrossed the island, they were catching up fast.

His foot slipped
and he swore as he started to slide down the side of the gulley. The desire to
enter and wade through the murky water in a bid to confuse the hounds was
tempting, but he knew it would hamper his progress. All they had to do was
steer the dogs along each bank and they'd soon discover where he had left the
stream, and they'd pick up his trail again in no time. It was best to keep
moving and try to reach the ferry landing; as dry as possible, preferably. He
slithered to his feet and scrambled back up the slope.

He could hear
his pursuers calling to each other now, driven by the excitement of the chase.
In his mind's eye he saw the hounds, eyes bright, tongues slavering, straining
at their leashes as they followed his scent. Sark quickened his pace.

The dyke began
to widen. Sark hoped it was a sign he was close to its joining with the main
channel. Pressing down on the edges of his boot heels to give himself purchase,
he pushed his weary, mud-splattered body towards what he hoped was his route to
salvation.

There was a
shout. Glancing over his shoulder, Sark's stomach lurched when he saw how
quickly the gap had shortened. The torches were a lot closer. Beneath the fiery
brands, he could make out the dark figures of men running, perhaps half a dozen
in all, and the sleeker, four-legged, shapes moving swiftly across the uneven
ground before them.

Another urgent
cry went up and Sark knew that they had probably seen his fleeing form outlined
against the sky. He ducked down, knowing it was far too late to do any good. He
drew the pistol from his belt.

Then the ground
gave way and he was falling.

As his feet shot
from beneath him, he managed to twist his body and discovered that he had
almost reached his destination. It was the edge of the river bank that had
collapsed beneath his weight. He barely had time to raise the pistol above his
head to avoid mud clogging the barrel, before he landed on his back in the
ooze.

He struggled to
his knees and pushed himself upright, and then saw the light. It was less than
one hundred and fifty yards away, at the edge of the reeds. He strained his
eyes. A small building began to take shape and he realized it was the ferry
keeper's cottage. His gaze shifted to the landing stage jutting out into the
water; in its lee, a small rowboat resting on the mud and held fast to a thin
wooden post. His spirits lifted. There was still a chance he could make it.

With the mud
sucking greedily at his boots, Sark struck out for the landing stage. He had
gone but a few paces when the consistency of the mud changed. It was
less firm
now and his boots were sinking deeper with each
step. It was like wading through molasses. He looked out at the river. This was
one of the narrower stretches, hence the ferry crossing, but the tide was out
and there was a wide expanse of foreshore separating the jetty from the water.
He would have to drag the boat a good few yards before he could float it. But
he could make out the horizontal black shadow that was the opposite shore and
that spurred him on. He pushed himself forward.

Behind him, the
noises had diminished. There were no more cries, no howling from the dogs. The
night was strangely quiet, save for the squelching of Sark's laborious passage
through the mud. Curious, Sark looked around and his blood froze.

They were ranged
along the edge of the bank and they were watching him; a line of men, the
shadows cast by the torches playing across their unsmiling faces. At their
feet, secured by leashes, the hounds stood silently to heel.

The dogs were
huge mastiffs, with broad heads and muscular bodies; each one the size of a
small calf. As still as statues, they regarded the solitary figure below them
with rapt attention. Their only movement was an occasional backward glance at
the faces of the men who controlled them.

It was the
moment that Sark knew he had nowhere to run.

But it didn't
stop him trying.

Sark estimated
he still had about fifty paces to go before he reached the boat. His legs felt
as heavy as lead, while the pain behind his ribs suggested his heart was about
to burst from his chest. Gamely, he tried to pick up speed but while the spirit
was willing, his body was telling him it had reached the point of exhaustion.

Sark did not
hear the command to release the dogs, but a sixth sense told him it had been
given. He turned. A close observer might have witnessed the look of weary
resignation that stole across his face.

The handlers had
not followed the hounds down on to the foreshore, but were holding to firmer
ground, following the line of the river bank, the flames from their torches
flaring like comet trails behind them. They ran in silence.

For the second
time that night, Sark dropped to his knees.

The dogs were
loping rather than sprinting towards him. With their agility, and their weight
distributed between four legs instead of two, making them less susceptible to
sinking into the mud, it was as if they knew they had all the time in the
world.

All thoughts of
escape stifled, Sark gripped the pistol firmly and watched the dogs approach.

He glanced to
his side. He saw that the men were now parallel to him, torches raised. They
were close enough for him to make out their expressions by the light from the
flames. Four of them had faces as hard as rock. The other two were grinning.

Send Me a Sign by Tiffany Schmidt
One Night Standoff by Delores Fossen
Body Farm 2 - Flesh And Bone by Bass, Jefferson
Intrigue Me by Leigh, Jo
The Seduction by Laura Lee Guhrke
Gorgeous by Rachel Vail
The Reawakening (The Living Dead Trilogy, Book 1) by Souza, Joseph
Gracefully Insane by Alex Beam
Leather and Lace by DiAnn Mills
The Fall of Saints by Wanjiku wa Ngugi
Our partner