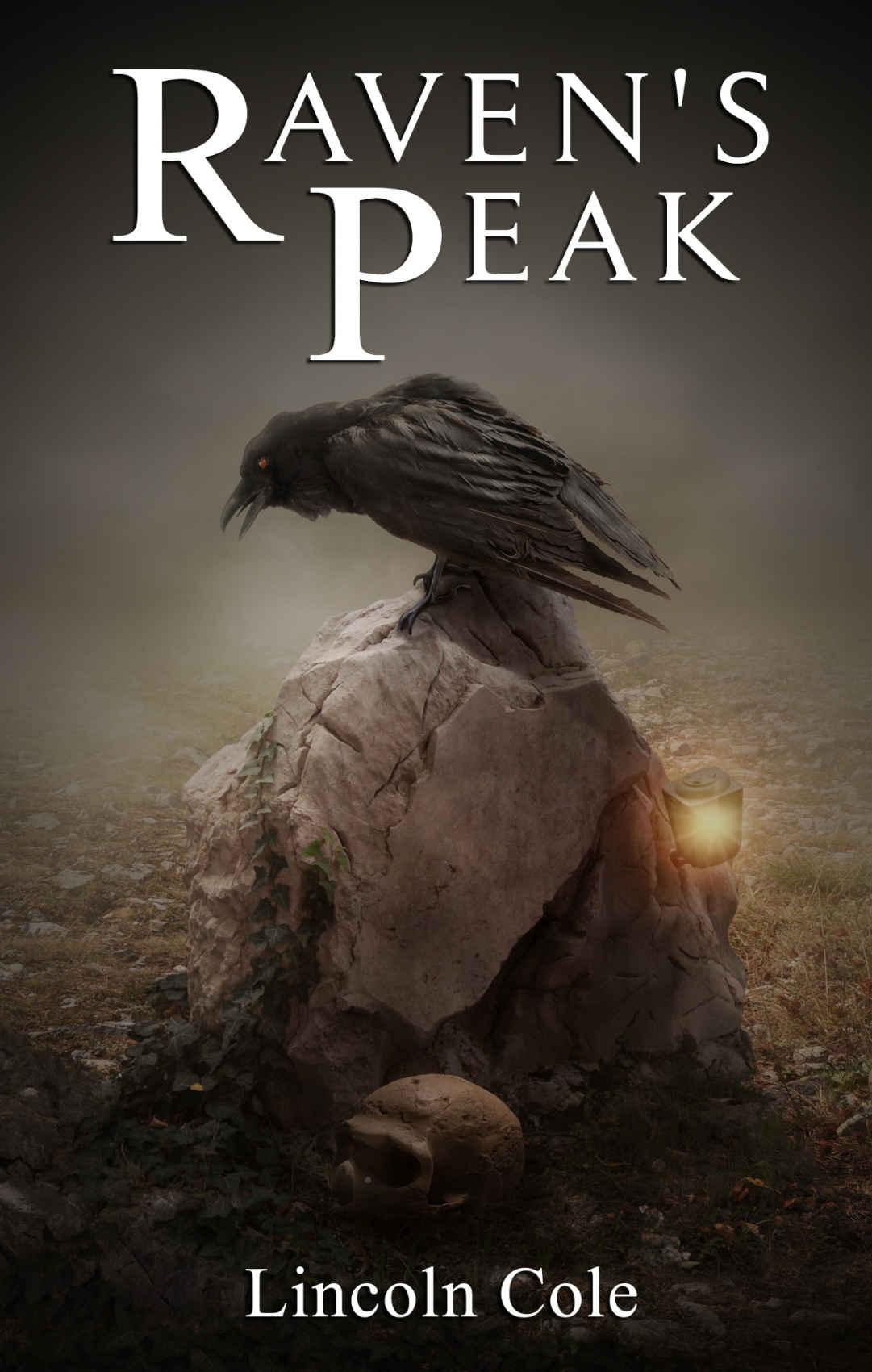 This one is for my grandma.

If I got rid of my demons, I’d lose my angels.

“Reverend, you have a visitor.”

He couldn’t remember when he fell in love with the pain. When agony first turned to pleasure, and then to joy. Of course, it hadn’t always been like this. He remembered screaming all those years ago when first they put him in this cell; those memories were vague, though, like reflections in a dusty mirror.

A buzz as the door slid open, inconsequential. The aching
need
was what drove him in this moment, and nothing else mattered. It was a primal desire: a longing for the tingly rush of adrenaline each time the lash licked his flesh. The blood dripping down his parched skin fulfilled him like biting into a juicy strawberry on a warm summer’s day.

“Some woman. Says she needs to speak with you immediately. She says her name is Frieda.”

A pause, the lash hovering in the air like a poised snake. The Reverend remembered that name, found it dancing in the recesses of his mind. He tried to pull himself back from the ritual, back to reality, but it was an uphill slog through knee-deep mud to reclaim those memories.

It was always difficult to focus when he was in the midst of his cleansing. All he managed to cling to was the name.
Frieda
. It was the name of an angel, he knew. . . or perhaps a devil.

One and the same when all was said and done.

She belonged to a past life, only the whispers of which he could recall. The ritual reclaimed him, embraced him with its fiery need. His memories were nothing compared to the whip in his hand, its nine tails gracing his flesh.

The lash struck down on his left shoulder blade, scattering droplets of blood against the wall behind him. Those droplets would stain the granite for months, he knew, before finally fading away. He clenched his teeth in a feral grin as the whip landed with a sickening, wet slapping sound.

“Jesus,” a new voice whispered from the doorway. “Does he always do that?”

The Reverend raised the lash into the air, poised for another strike.

“Just…man, you said he was crazy…but this…”

The lash came down, lapping at his back and the tender muscles hidden there. He let out a groan of mixed agony and pleasure.

These men were meaningless, their voices only echoes amid the rest, an endless drone. He wanted them to leave him alone with his ritual. They weren’t worth his time.

“I think we can spare the handcuffs this time; the last guy who tried spent a month in the hospital.”

“Regulation says we have to.”

The guards fell silent. The cat-o’-nine-tails, his friend, his love, became the only sound in the roughhewn cell, echoing off the granite walls. He took a rasping breath, blew it out, and cracked the lash again. More blood. More agony. More pleasure.

“I don’t think we need to cuff him,” the second guard decided.

“Good idea. Besides, the Reverend isn’t going to cause us any trouble. He only hurts himself. Right, Reverend?”

The air tasted of copper, sickly sweet. He wished he could see his back and the scars, but there were no mirrors in his cell. They removed the only one he had when he broke shards off to slice into his arms and legs. They were afraid he would kill himself.

How ironic was that?

Mirrors were dangerous things, he remembered from that past life. They called the other side, the darker side. An imperfect reflection stared back, threatening to steal pieces of the soul away forever.

“Reverend? Can you hear me?”

The guard reached out to tap the Reverend on the shoulder. Just a tap, no danger at all, but his hand never even came close. Honed reflexes reacted before anyone could possibly understand what was happening.

Suddenly the Reverend was standing. He hovered above the guard who was down on his knees. The man let out a sharp cry, his left shoulder twisted up at an uncomfortable angle by the Reverend’s iron grip.

The lash hung in the air, ready to strike at its new prey.

The Reverend looked curiously at the man, seeing him for the first time. He recognized him as one of the first guardsmen he’d ever spoken with when placed in this cell. A nice European chap with a wife and two young children. A little overweight and balding, but well-intentioned.

Most of him didn’t want to hurt this man, but there was a part—a hungry, needful part—that did. That part wanted to hurt this man in ways neither of them could even imagine. One twist would snap his arm. Two would shatter the bone; the sound as it snapped would be . . .

The second guard—the younger one that smelled of fear—stumbled back, struggling to draw his gun.

That from the first, on his knees as if praying. The Reverend wondered if he prayed at night with his family before heading to bed. Doubtless, he prayed that he would make it home safely from work and that one of the inmates wouldn’t rip his throat out or gouge out his eyes. Right now, he was waving his free hand at his partner to get his attention, to stop him.

The younger guard finally worked the gun free and pointed it at the Reverend. His hands were shaking as he said, “Let him go!”

The older guard, pleading this time: “Don’t piss him off!”

The look that crossed his young partner’s face in that moment was precious: primal fear. It was an expression the Reverend had seen many times in his life, and he understood the thoughts going through the man’s mind: he couldn’t imagine
how
he might die in this cell, but he
believed
he could. That belief stemmed from something deeper than what his eyes could see. A terror so profound it beggared reality.

An immutable silence hung in the air. Both guards twitched and shifted, one in pain and the other in terror. The Reverend was immovable, a statue in his sanctuary, eyes boring into the man’s soul.

“Don’t shoot,” the guard on his knees murmured. “You’ll miss, and we’ll be dead.”

This time, the response was weaker. “We’ll still be dead.”

A hesitation. The guard lowered his gun in confused fear, pointing it at the floor. The Reverend curled his lips and released, freeing the kneeling guard.

The man rubbed his shoulder and climbed shakily to his feet. He backed away from the Reverend and stood beside the other, red-faced and panting.

“I heard you,” the Reverend said. The words were hard to come by; he’d rarely spoken these last five years.

“Bring me to Frieda,” he whispered.

“You don’t—” the younger guard began. A sharp look from his companion silenced him.

“Steve, we should cuff…”

Steve ignored him, turning and stepping outside the cell. The Reverend looked longingly at the lash in his hand before dropping it onto his hard bed. His cultivated pain had faded to a dull ache. He would need to begin anew when he returned, restart the cleansing.

There was always more to cleanse.

They traveled through the black-site prison deep below the earth’s surface, past neglected cells and through rough cut stone. A few of the rusty cages held prisoners, but most stood empty and silent. These prisoners were relics of a forgotten time, most of whom couldn’t even remember the misdeed that had brought them here.

The Reverend remembered his misdeeds. Every day he thought of the pain and terror he had inflicted, and every day he prayed it would wash away.

They were deep within the earth, but not enough to benefit from the world’s core heat. It was kept unnaturally cold as well to keep the prisoners docile. That meant there were only a few lights and frigid temperatures. Last winter he thought he might lose a finger to frostbite. He’d cherished the idea, but it wasn’t to be. He had looked forward to cutting it off.

There were only a handful of guards in this section of the prison, maybe one every twenty meters. The actual security system relied on a single exit shaft as the only means of escape. Sure, he could fight his way free, but locking the elevator meant he would never reach the surface.

And pumping out the oxygen meant the situation would be contained.

The Council didn’t want to bring civilians in on the secretive depths of their hellhole prison. The fewer guards they needed to hire, the fewer people knew of their existence, and any guards who were brought in were fed half-truths and lies about their true purpose. How many such men and women, he’d always wondered, knew who he was or why he was here?

Probably none. That was for the best. If they knew, they never would have been able to do their jobs.

As they walked, the Reverend felt the ritual wash away and he became himself once more. Just a man getting on in years: broken, pathetic, and alone as he paid for his mistakes.

Finally, they arrived at the entrance of the prison: an enclosed set of rooms cut into the stone walls backing up to a shaft. A solitary elevator bridged the prison to the world above, guarded by six men, but that wasn’t where they took him.

They guided him to one of the side rooms, opening the door but waiting outside. Inside were a plain brown table and one-way mirror, similar to a police station, but nothing else.

A woman sat at the table facing away from the door. She had brown hair and a white business suit with matching heels. Very pristine; Frieda was always so well-dressed.

“Here we are,” the guard said. The Reverend didn’t acknowledge the man, but he did walk into the chamber. He strode past the table and sat in the chair facing Frieda.

He studied her: she had deep blue eyes and a mole on her left cheek. She looked older, and he couldn’t remember the last time she’d come to visit him.

Probably not since the day she helped lock him in that cell.

“Close the door,” Frieda said to the guards while still facing the Reverend.

“Close the door,” she reiterated. Her tone was exactly the same, but an undercurrent was there. Hers was a powerful presence, the type normal people obeyed instinctually. She was always in charge, no matter the situation.

“We will be right out here,” Steve replied finally, pulling the heavy metal door closed.

He wondered how she saw him. What must he look like today? His hair and beard must be shaggy and unkempt with strands of gray mixed into the black. He imagined his face, but with eyes that were sunken, skin that was pale and leathery. Doubtless, he looked thinner, almost emaciated.