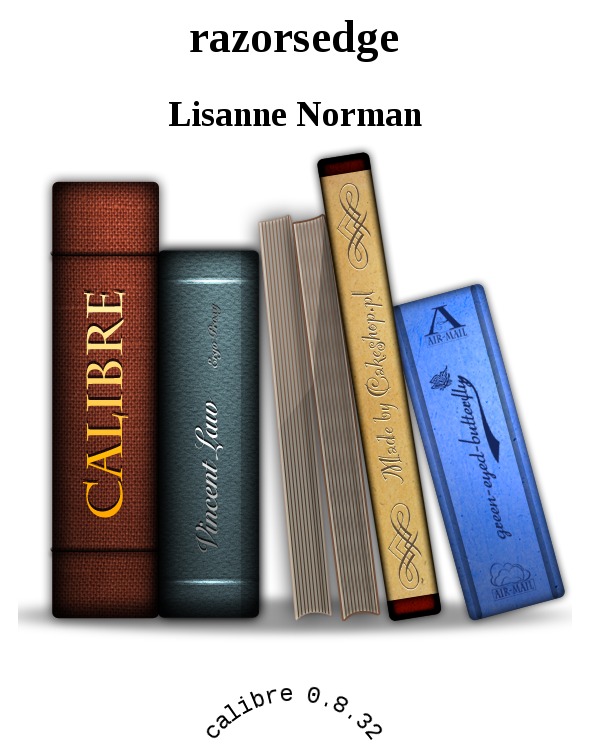 This book is dedicated to you, Ken, as my tribute to your 50th year in British SF Fandom.
I'd also like to thank all at DAW Books, and Marsha Jones and Ira Stoller, for their support and help. Without it you would not be reading this!
A few Guild personnel need a mention, too. So many thanks to:
Sholan Research and Development
Merlin aka James Charlton
Sholan Communications
Judith Faul
Sholan Medical Guild Research
Helen Lofting
Alien Relations
Pauline Dungate
Chris Morgan
Brotherhood of Vartra
Sherrie Powell
Sholan Sciences
Andrew Stephenson
Miavir
Sholan Archeology
Ruth Blake
A further mention of Ken is, I think in order, because Ken Slater and I go back a long time, to the days when first I discovered Science Fiction Fandom and Conventions. His belief in me made me continue to chase my dreams of being a published writer. I'm not the only fan turned writer he's helped and inspired. The list of names is long and would surprise you. This year marks his fiftieth since starting Operation Fantast, a service not only to bring Science Fiction books and magazines to fans, but a fanzine to keep them in touch with each other. Happy fiftieth, Ken.

Now that Carrie, Kusac and Kaid had broken with the traditions of their world, there was a price to pay, and the military, who had been providing all the protection on their estate, wanted to collect. The price was to go to Jalna and rescue Jo's party as well as Rezac and Zashou. But danger lay hidden on Jalna for all of them, planted there long ago by the Valtegans, turning the inhabitants of that world into a dangerously unstable race and threatening the telepathic powers of both Sholans and Humans.

Once again, my thanks to both Sheila and Marsha, as well as all the other people at DAW without whom this novel would literally have been impossible.

Rezac lunged past the alien for the floor of the stasis cube base unit, trying to reach a pistol that lay there. The alien reached out and stopped him.
No, don't. He'll have us killed before you reach it. You're weak from being inside that cube. You both nearly died. Wait for now.
Shocked not only by the sending from the stranger, but by his sudden weakness, Rezac let himself be pulled back till he sat on the ground by his Leska.
"Search, then bind them. Bring them up to the Lesser Hall," ordered the one in charge.

One at a time, Kris and Davies were taken from the small chamber, searched for weapons, then bound. There were cries of delight when a gun was found on the latter. Then Jo's turn came.
"Hey, this one's a woman!" yelled the guard searching her.
Jo struggled in the grasp of her captor as he began to search her again, an ugly leer on his face.
"What's a woman doing with a bunch of thieves? One of them your master, eh?"
"Leave me alone!" said Jo, pulling frantically away from his grasping hands.
Help came from an unexpected quarter— Zashou. With a rumble of anger that quickly rose to a growl, she pushed aside their guard and leaped into the corridor. Her lips pulled back from her teeth revealing large canines as she loomed protectively over the smaller Human female.
Jo felt a stab of pain as her mental shields were ruthlessly penetrated by Rezac and her mind quickly read. Then he was gone, leaving her confused and even more terrified.
"Leave her! Or lose your life!" said Zashou in halting Jalnian. Her claws were extended, the deadly talons curved toward the guard.
Jo was suddenly released as the man stepped back in fear, fumbling for the crossbow slung on his shoulder.
The two holding Kris and Davies instantly came forward, quarrels pointed directly at Zashou and Jo.
"Enough! Turn around with your hands behind your backs," ordered the lead one.
We must comply. They will kill us otherwise,
came the quick mental command from Zashou. The two females did as they were ordered.
Rezac was another matter. Realizing his Leska was being bound was enough for him. With an ear-splitting roar, he emerged from the room at full tilt, looking for someone to attack. What would have been a bloodbath ended abruptly as the lead guard stepped to one side, allowing the enraged Sholan to run past before hitting him soundly on the back of the head with his crossbow stock. Rezac fell like a stone.

The Last Minute by Jeff Abbott
Dark Waters by Cathy MacPhail
A Rose for Melinda by Lurlene McDaniel
The Law of Angels by Cassandra Clark
The Awakening: A Sisterhood of Spirits Novel by Yvonne Heidt
Las correcciones by Jonathan Franzen
A Very Bold Leap by Yves Beauchemin
Together Apart by Dianne Gray
Kitty in the Underworld (Kitty Norville) by Vaughn, Carrie
Racehorse by Bonnie Bryant
Our partner