Read Realm of the Wolf Book I: Wolf Dance Online 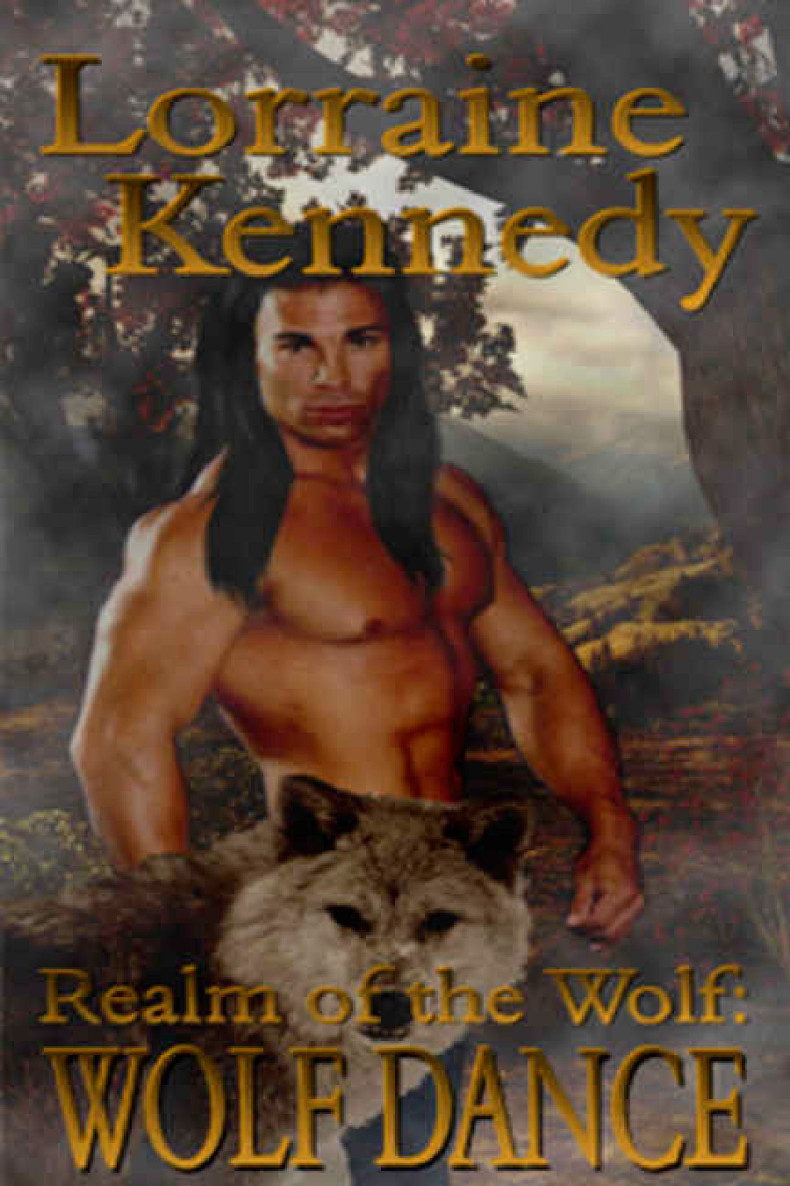 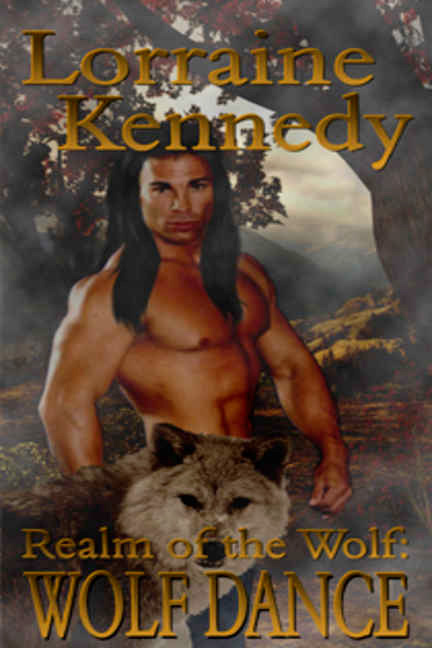 NOTICE: This eBook is licensed to the original purchaser

only. Duplication or distribution to any person via email,

floppy disk, network, print out, or any other means is a

violation of International copyright law and subjects the

violator to severe fines and/or imprisonment. This notice

overrides the Adobe Reader permissions which are

erroneous. This eBook cannot be legally lent or given to

REALM OF THE WOLF

This is a work of fiction. All characters, events, and places

are of the author's imagination and not to be confused with

fact. Any resemblance to living persons or events is merely

Surrounded by darkness, her heightened senses picked up

the scent of damp earth, and blood—so tangy—so sweet. It

drove her into a mindless frenzy that threatened to rip away

her shell of sanity. Her nails tore at her flesh in a desperate

attempt to free herself of her prison of flesh.

The beast was close—she could feel his hunger, his lust.

Instinct coursed through her, screaming at her to run, but a

Though she could not see him, she could sense his

nearness, and his hunger—a hunger so powerful, so

overwhelming that it seemed to seep through her skin,

penetrating into the core of her very being.

against her will. Her struggles were fruitless against the brute

strength that assaulted her. Sharp teeth nipped at the tender

skin of her inner thighs, and savage hunger flooded her body

The next moment she felt the sensation of a soothing wet

tongue licking at her wounds, moving gradually toward that

furiously burning need that she could not sate.

A woman's harsh voice came at her from the darkness.

She could feel his hot breath close to her ear. "Stay with

me," he pleaded. Though his voice was soft, there was also

Thick mist whirled around her, reaching into her nostrils to

suck at her life force. In desperation, she clutched at her

throat and labored to breathe. A hand grasped her shoulder

and gently shook her.

Gradually the fog cleared and she forced her eyes open.

The purple hues of dawn were creeping into the small dingy

windows of her grandfather's trailer.

"Laura, you are being haunted in your dreams." Grandpa

Busby's hoarse voice pulled her further into the waking world.

"You should not go on this trip."

Laura sat up, rubbing her sleep-swollen eyes. Getting to

her feet, she walked the few steps to the small kitchen of the

The coffee was fresh, as she knew it would be. Laura

poured herself a large cup.

Sipping the soothing liquid, she studied her grandfather

through the dim light. He still sat on the edge of the couch

where she had slept.

Once again worry gnawed at her. He was old and so frail.

had. This was the result of a stroke that had cut him down

only a few years ago. Since that time he used a cane to help

Each and every day since his illness had struck, Laura had

with her for just a little while longer.

lined face. At times his eyes gave the impression of staring off

into space, as they were at this very moment. Laura thought

it possible that he might be losing his sight, but Grandpa

would never admit it. She had tried on many occasions to

her, but she had received the same answer each time.

"I am Busby, born to the Bitter River People for the Deer

Clan. I am
Dineh
and will die in my own country."

She understood him of course. He had raised her in the

tradition of the Navajo and she knew that his homeland was

very important to him. Nevertheless, the thought of him out

here—all alone—troubled her. If something was to happen

and she lost her grandfather—the thought was devastating.

He was her only living relative, unless she counted the distant

relation of her clansmen.

soothe her dry throat. Her grandfather's dark eyes seemed to

be analyzing her, dissecting her from the inside out.

"Grandpa, you know I have to go to Wyoming. I stopped

here to let you know where I'd be." She tried to soothe him.

His old bones burned with age and he grunted with the

effort of getting to his feet.

"Don't know why you'd have a hand in that kind of work,"

Once again, Laura attempted to explain her motives. "It's

my life, Grandpa, and I cannot live my life in poverty on this

"I warned your mother of the consequences of getting

mixed up with a
Belagana
and now your father's ways are

bleeding into your spirit." Busby painfully lowered himself to

"I don't cut the trees, I just work for them." Laura pleaded

with him to understand.

"That is enough." Busby's voice contained the stern quality

she knew meant he was deeply concerned about something.

"If you destroy the earth, bad things will come of it. Already

the darkness enters your dreams."

The sun had finally made its majestic appearance and

Laura opened the aluminum door to let some light into the

trailer. She breathed in the dry desert air. The tangy scent

never failed to bring back childhood memories. Most of her

memories were good, but the constant lack of food and water

cast shadows on some of those memories.

"I don't agree with what they do Grandpa, but I just can't

stay here and marry one of my mother's people. Life is too

hard here and when I have children of my own, I do not want

them to live through the ugliness of poverty. Not if I can

prevent it." She tried to explain her reasons, like she had

where she stood. "You mean you want to hide your children

from the truth of what remains of the
Dineh
." He brushed

past her and slowly descended the steps of the trailer. A few

moments later he disappeared into the junipers of the nearby

hills where each morning he went to pray.

Maybe her grandfather was right

Laura was not ashamed of her Navajo blood—she was just

not sure that she wanted to share in their destiny, not when

within the boundaries of the Navajo reservation.

Her strange dream crept back into her thoughts. For two

nights now, she had been plagued with the same nightmare.

Heat flooded her cheeks as she recalled the details of the

dream, and how it left her feeling, but even more troubling

than the desire the dream stirred within her, was the fact that

In the brightness of day the dream seemed too ridiculous

to worry about, but she had been brought up in a

superstitious world, and doubt nagged at her.

The woman in the dream called her a whore—
why
? Why

Possibly she was feeling guilty? Her grandfather had been

needling her since she'd started working for Duccini, and

maybe it was finally starting to get to her.

Laura tried to shake the dark dream from her thoughts as

she stepped into the small bathroom. She hurriedly changed

into a T-shirt and blue jeans, and then ran a brush through

her long, golden brown hair. As a result of inheriting her

father's coloring and amber eyes, Laura appeared to be more

white than Indian. She wasn't entirely sure she was pleased

with that fact or not. When she was a child, there were times

she'd felt out of place among the
Dineh
, and it had made her

Returning to the kitchen, Laura prepared the breakfast

food that she'd brought with her on the small, propane stove.

Once she'd finished, she waited on the steps for her

grandfather to return. It was not long before he emerged

from the brush, and Laura watched his slow progress across

She felt her throat constrict with emotion and unwelcome

tears stung her eyes. The old man had made many sacrifices

with him, her heart would never forget that. Laura recalled