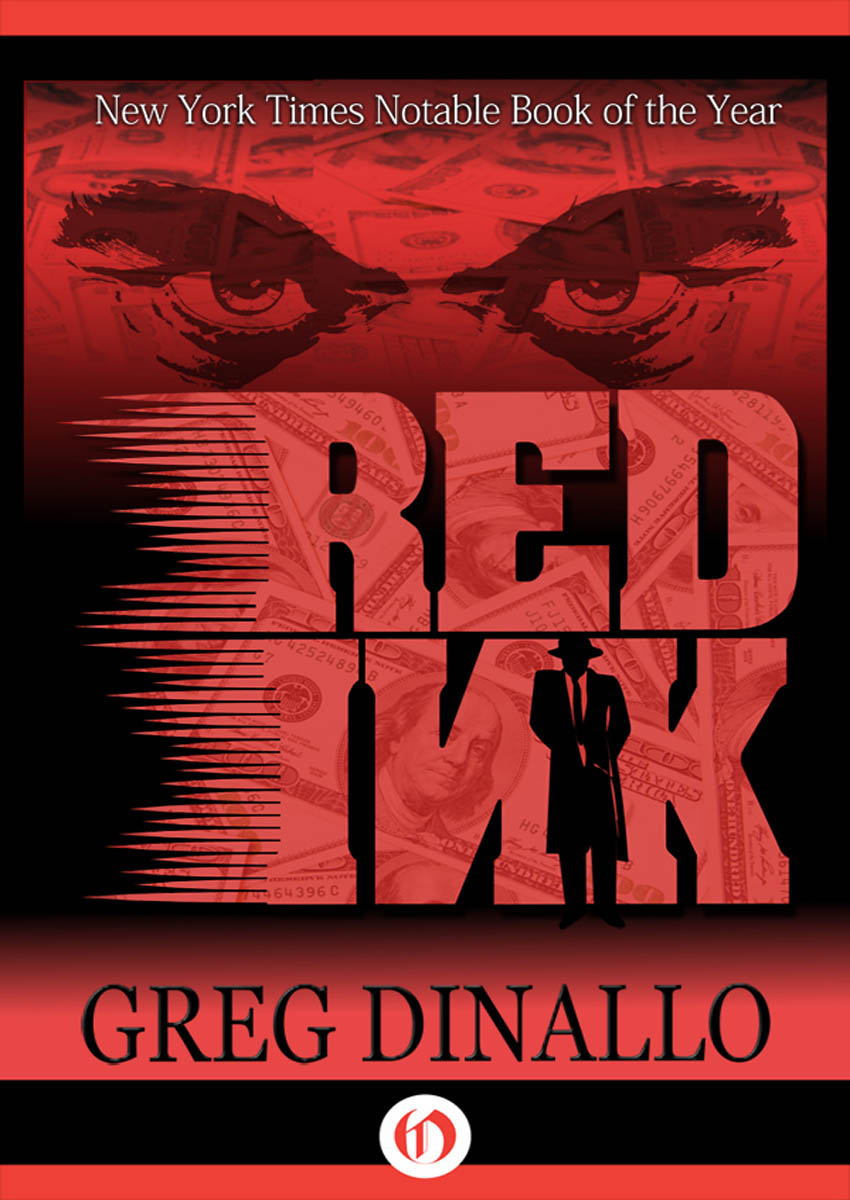 For Josephine and Joseph Carrubba, who were like second parents to me

“Communism is the exploitation of man by man. Capitalism is just the opposite.”

—Joke told by a Moscow cabdriver

I
t is winter, and it does not wait.

This thought wasn’t penned by a Russian poet, but uttered by Boris Yeltsin’s chief economic adviser at a news conference I covered a few months ago. He also said that developing a convertible ruble, curbing inflation, stemming capital flight, and increasing private investment are crucial to stabilizing the Russian economy. Saving the worst for last, he warned that the coming months of subzero weather, when the demand for staples is highest and the supply meager, means things will get much worse before they get better.

I’ve no idea why the line haunts me now, why it rings with such clarity as I enter a Moscow Community Center and make my way to a drafty meeting room where a handwritten sign proclaims—MOSCOW BEGINNERS.

Conversation stops as I take my seat. Everyone else at the long table turns to look at me, some with compassion, others with despair, all with a trace of apprehension. I study the tired faces one by one: A housewife? A taxi driver? A seamstress? An engineer? A nurse? A factory worker? A university student? I’m forced to guess because they’re all strangers—strangers with whom I’m about to share one of the most painful moments of my life.

I’m seized by a compulsion to run, to leave the room and avoid it; but I know from years of denial the pain will be far worse tomorrow if I do.

My turn has come.

I stub out my cigarette, grasp the edge of the table, and stand. “My name is Nikolai K.,” I begin. My throat is dry from anxiety, and I pause, wondering if the voice belongs to someone else.

Some of the strangers lean forward expectantly. A husband and wife hold hands across the table for support. A balding man with wintry eyes nods encouragingly.

Applause breaks out. My personal
perestroika
has begun. This once radical idea of self-rehabilitation has become common since the ban on self-expression was lifted; since the new government identified alcoholism as a severe drag on the economy; and since the State’s arcane methods of dealing with it—compulsory hospitalization, sulfazine therapy, and imprisonment—were replaced by clinics like Moscow Beginners.

“Why do you drink, Nikolai?” one of the strangers finally wonders.

“To get drunk,” I quip nervously.

Silence. Not a chuckle, not a smile, quite obviously not the first time they’ve heard it.

“Are you employed?” another asks.

“Sometimes. I mean, I write. Freelance.”

“No, I don’t write fiction. I do investigative work. I have an endless supply of material.”

“For
Pravda
,” a young fellow cracks, eliciting a burst of derisive laughter from the group.

“Good riddance,” the woman next to him chimes in, pleased that the once powerful propaganda rag of the Communist Party has been shut down.

“I disagree. I’m against censorship of any kind. A free press is the soul of a free society.”

“Absolutely—as long as opposing views aren’t censored and libel laws are enforced. Banning anything other than shouting fire in a crowded theater violates the right of free speech.”

“Even banning the Communist Party?”

“Well, I’m still glad the bastards are gone. Is that what you write about, Nikolai? Politics?”

“I write about corruption and—”

“—and injustice. I write about
Afghanisti,
about striking coal miners, about
Pamyat.
”

The room falls silent. The strangers know about the shabby treatment of veterans, about the epidemic of lung disease in mining regions, about the ultraright-wing group that preaches anti-Semitism.

“Nikolai K.,” a wizened man in a skullcap muses, knowingly. “We have a famous dissident in our midst.”

“Please, everyone writes of these things now. I’m afraid dissent has become a very competitive business.”

“Maybe he’s here to write about
us?”
the suspicious woman suggests.

“Should I?” I ask, pretending I’ve sparked to the idea. “Have I stumbled upon a cell of subversives? A sinister group out to prevent the State from keeping its citizens in a drunken stupor for seventy-five more years so we won’t realize just how rotten life in this country really is?”

Most of them laugh this time and settle back in their chairs, seeming to accept me.

I thank them, take my seat, and light another
Ducat.
The first match fizzles. It always does. The Kremlin has technology to incinerate entire cities but can’t make matches that work. The tips have so little sulfur you have to strike several at once to get a light. I’m filling my lungs with smoke and wondering who will be next when an attractive woman with pale skin stands.

“My name is Ludmilla T.,” she says shyly, directing the introduction to me. Then brightening, she faces her fellow regulars and announces, “Today is my thirtieth birthday.”

“Happy birthday, Ludmilla!” several call out, breaking into a chorus of the song.

“So, Ludmilla,” the suspicious woman prompts when the refrain fades, “has this been a good week for you?”

“Well, yes; but I had to skip work today. I didn’t want to, but I knew my coworkers would bring vodka to celebrate, and I was afraid I couldn’t say no.”

“You did the right thing,” the woman says.

“No,” the wizened man protests. “She has to live in the real world. What’s going to happen when she’s offered vodka on someone else’s birthday?”

“He’s right. He is. But I couldn’t take the chance,” Ludmilla protests timidly. “It’s not just getting drunk. It’s losing control, and then . . . then other things happen.”

“What other things?” the woman prompts knowingly.

Ludmilla lowers her eyes, working up the courage to reply. “I . . . I wake up next to men I don’t remember meeting. It’s as if I have no self-respect; but I do. I know I do, and . . . and so . . .” She pauses, interrupted by an electronic chirping, and looks about curiously for the source.

There’s a vulnerable sensuality about Ludmilla T. Something in her eyes and in her movements that pleads,
Take me. Protect me,
and I’m having visions of her waking up in
my
bed. Five chirp-filled seconds pass before I sense the strangers are all looking at me. Damn. It’s my beeper.

I fumble nervously for the switch and turn it off. I’m embarrassed, but bristling with curiosity and the need to get to a telephone. “I’m really sorry. Please, don’t be offended, but I have to go. Anybody know if there’s a pay phone in the building?”

Several of the strangers shake their heads no sullenly. Others shrug and exchange disapproving glances. I force a smile and hurry from the room. The door slams shut with a loud bang as I run down the corridor, my commitment to sobriety already in question, if not my sanity.

Party
apparatchiks
have had beepers for years, but they’re still a mystery to the average citizen and hard to acquire. I got mine from Stockmann’s, the renowned Helsinki department store whose mail-order catalogue has everything from American razors to Japanese sports cars. It’s required reading for Muscovites in the know; and the Tolstoy Express—as the train that arrives at Leningradsky Station from Helsinki each morning is called—is always met by an anxious crowd.

The revolving door spins me into bone-chilling darkness. The temperature must be close to zero. The weather in Moscow is always at its nastiest in March. I make a beeline for a cinema on Taganskaya where there’s a pay phone. I don’t have to look at the beeper to know who called me. Vera Fedorenko is the only person who has the number. I thumb two kopeks into the slot and dial Militia Headquarters on Petrovka. The phone rings and rings, four, five, six times.

“Dispatcher seventeen,” Vera finally answers over the din of the huge room through which all police communications are routed. The electronics-packed space is dominated by a huge animated map of Moscow on which the location and movements of patrol units are charted.

“Everything. This is a bad time. I can’t talk.”

“Oh. Right. Someone just reported finding a body on the grounds of the Embankment.”

“The Embankment? Was it somebody important?”

“I’ve no idea. Just a minute, I’ve got another call.” She clicks off and puts me on hold.

I listen to the hum of the line, thinking about the Embankment. Vera had no doubt I’d be intrigued. The Embankment is an elite housing complex on the banks of the Moscow River where many members of the government reside. It’s also where my parents were living forty-three years ago when I was born.

I enjoyed all the privileges—played on the manicured grounds, swam in the indoor pools, dined in the gourmet food halls, and attended Special School No. 19—until the infamous spring of ’68, when Brezhnev sent Soviet tanks rolling into Prague, and my father’s conscience overcame his fear of reprisal, causing him to be declared an enemy of the State. An intellectual and professor of political science, he’d rejoiced a decade earlier when Khrushchev initiated the period still fondly referred to as “the Thaw”—the official easing of censorhip, repression, and State terror that allowed Solzhenitsyn’s
One Day in the Life of Ivan Denisovich
to be published. “
That
was a spring,” he would often say, relishing the memory. A memory that sustained him throughout the years of—

“Sorry, Niko,” Vera says, coming back on the line, pulling me out of it.

“What about cause of death? Anything on that?”

“Great. God help you if it’s a derelict who tripped over a curb.”

“What am I bid for a member of the government who was murdered by a prostitute working for the CIA?”

“Make sure it’s an Israeli prostitute and a high-ranking member of the government. I have to go.”

“Wait. Should I come by later?”

“Coffee? The food stores haven’t had any for months.”

“I do. I’ll bring some in case this turns into something, and you’re writing all night.”

I hang up, wondering how Vera is able to acquire coffee, and hurry to the corner for a taxi. Several years ago, there wasn’t a cabdriver in Moscow who wouldn’t make a U-turn in a traffic jam for a pack of Marlboros—they still come in handy on occasion and I usually carry a couple of packs with me—but American dollars are the coin of the realm now. Cabdrivers can spot them in the dark at a hundred meters. Passengers without them are often bypassed. Everyone haggles the price. I step off the curb, holding my rubles low to the ground. A few empty taxis roar past before an unmarked gypsy finally stops. “The Embankment,” I say, leaning to the window.

“Outrageous,” I protest as I clamber inside.

“I know, but I was just by there. The police have it cordoned off. That’s going to cost me time.”

Cordoned off? Because of a dead derelict? Not a chance. A smile tugs at the corners of my mouth. I might get my wish. If I do, if someone important was murdered, I’ve got the jump on a big-ticket story. If not, I won’t have to worry about resisting my craving for vodka because I’ll be too broke to buy any.