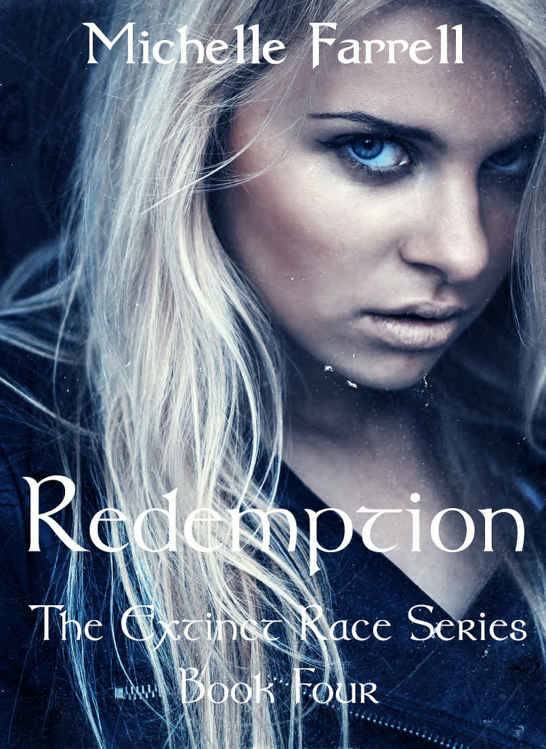 This e-book is a work of fiction. Names, characters places and incidents are either the product of the author’s imagination or are used fictitiously. Any resemblance to actual persons, living or dead, or to actual events or locales is entirely coincidental.

This book is dedicated to each and every one of you who have enjoyed them. I thank you from the bottom of my heart! I hope you enjoyed them as much as I have in writing them.

The Birth of One Turned Evil

“Where is Ulrich?” Elke asked as the contraction settled down. Worry gripped her hard because this strapping had not occurred when she gave birth to her daughter. Ulrich had been there to ease her pain and comfort her.

“He is not coming ma’am. He told us to strap you down and deliver the boy to him.” A midwife answered

“What?” Elke screamed as another contraction coursed through her body.

“He gave us instruction to take the boy right to him as soon as you deliver and then we are to un-strap you and leave you.” The midwife answered her.

“This is unheard of……..AAAAAAAAAAAAAAAAHHH!” Elke screamed feeling another wave of pain.

“The head is crowning you need to push ma’am.” The midwife as she looked between Elke’s knees.

Elke knew what was happening with the birth but did not at all understand why she was strapped to the table. This was not her first birth. When she gave birth to Ada, Ulrich was there to deliver her. Ada was born fifteen years ago and everything went well with that birth.

Ulrich was not happy that their first child was a girl but he loved Ada. They tried for years to conceive again but for fifteen years she was unable to get pregnant. They had a happy life though. The couple did not belong to a Sect instead they chose to live in a very small village among humans. Ulrich was the doctor of the town and people came from all over to be healed by him. No one knew of their secret and they liked it that way.

Ulrich had grown up in a very strict Sect. His mother and father were always given orders and had to follow them in fear of getting kicked out. Ulrich ran as soon as he could when he was of age. He told his mother and father he was going to find his mate and when he did they never went back.

Ulrich had found Elke when he was twenty in France. She was born to a very loving Sect. Her parents were respected for their talents and even treated humans. When Ulrich came to her he said he wanted to treat humans and open a clinic for people who could not get medical treatment. Elke loved this idea as her parents had instilled in her that everyone was equal. Ulrich moved her to a tiny town and they built a small home on the edge of that town. Within two years they had Ada and were very happy.

Now, fifteen years later they still lived in that tiny house and Ulrich had a clinic in the town. He treated everyone and all the people loved him. So the fact that she was strapped to a table giving birth to their only son confused her. She left the healing to him and he had never really taught her how to do it anyway. Elke was the wife and stayed home with Ada leaving the healing to Ulrich. Elke figured this was a new way people gave birth so she went with it trusting her husband completely. After all he was the healer and knew what was best for her.

The baby came out on the second push and the midwife immediately cut the cord and wrapped him in a blanket. She let Elke see him for a second and then ran out of the house. The other two midwives went with her. In their rush they forgot to un-strap her. Elke still had contractions and pushed the afterbirth out, the blood came after that. Elke began to panic and scream. The blood was coming so fast and there was so much of it. She knew something was wrong felt her own life draining out with every drop of blood. Elke was strapped to the table and unable to place her hands on her belly and try to heal herself. Darkness soon crept over her and she was unable to fight the pull of it.

Ulrich came home with the baby two hours later to find a pile of ash and flowers on the table and the floor around it. He dropped to his knees and sobbed with his new son in his arms. He never meant for her to die, he just didn’t want her to hurt the human midwives in the throes of labor knowing he was unable to ease her. He knew that Elke would be able to kill a human easily with her strength. He felt so stupid for putting two human births in front of his soul mate. His grief quickly turned into anger. Ada came home from a friend’s house a couple hours later. Ulrich handed her the baby and stormed out of the house.

Ada was confused as she took the baby from her father. She looked around the room expecting her mother to walk in at any moment. When she saw the ash and flowers she knew then that her mother was dead. She fell to her knees cradling her small brother to her chest and mourned her mother. When the little guy started to scream against her chest she came back around and knew she had to be strong for him.

In the kitchen she found a glass bottle with some rubber nipples and milk. She fed him and then once he was asleep she snuggled him close to her and lay down in the ashes with her tiny brother held tight to her chest. Her tears overcame her and she fell asleep among the ashes and flowers.

Ulrich came back two days later a different man from the one she had known all her life. His once loving nature was now gone and he vowed to kill the midwives who did this to his mate. Anger and rage made his once loving features sharp and rigged. There was no love left in his eyes.

“Papa what is his name?” Ada asked as he came through the door noticing the change in her father right away.

“Aldrich.” Ulrich muttered stepping in the room and closing the door behind him.

“Papa, where have you been?” Ada asked as she watched him stalk over to the table.

“Your Mama is dead, they killed her.” Ulrich sneered

“Oh! No no!” Ada began to cry thinking her mother had been murdered.

“Take care of your brother I will be back after I have taken care of them.” Ulrich barked as he turned to go to his bedroom he had shared with his mate.

“Papa what do you mean?” Ada sobbed as her father came back out of his bedroom carrying his doctor bag.

“They will pay for what they did.”

“Papa no!” Ada yelled as her father stormed out of the front door once again. He hadn’t even looked at his son when he came into the house. She worried her father would not come back.

Ulrich went out, waited until night fell upon the town and then made his way to the houses the midwives lived in. He crept into their homes silently making his way to their sleeping areas. He found the first woman who brought him the baby. He placed his hands on her chest and made her heart explode. He then made his way to the homes of the other women and did the same. He no longer cared to heal the humans. He wanted them all to pay for his loss.

Three years later Aldrich is now three and Ada is eighteen. Their father has become a hateful man and Ada spends her days walking on eggshells, you never know when he will lose his temper. Ada tries to keep Aldrich quiet but sometimes the little guy has a mind of his own. Despite the anger and hate of their father, Aldrich is a happy and healthy little boy. He laughs at everything and loves his sister. He goes to her for everything and she adores him in turn. But sometimes the little guys laughter and glee makes their father mad. When Ulrich comes home Ada takes Aldrich into the other room

“You will stop hiding that boy from me Ada. He needs to learn the way of this world. It is not all sunshine and flowers. He needs to be hard like a man and I will teach him that.” Ulrich snapped as soon as he walked into the room and noticed his daughter taking his son into another room.

“Papa he is so little still, he will not understand.” Ada pleads

“You will do well to mind your mouth young lady. You also need to learn your place. Your soul mate will be coming for you soon and you will have to be a good wife to that man and give him many babies.” Ulrich tells her

“Papa I do not wish to leave yet. I would like to stay and make sure you and Aldrich are well.” Ada begs as her biggest fear now that she is of age is that her soul mate will come and she will have to leave her brother all alone.

“Your mother has taught you well. Men always come first.” Ulrich remarked letting a little pride of her into his words.

“Yes Papa she did. Supper is on the stove. I made a nice stew and have already fed Aldrich. Would you like me to make you a bowl?” Ada asks worried he will lose his temper even though at the moment he seems to be happy with the response she gave him.

“Yes I would. I have decided to open the clinic back up and start taking patients again. I will need you home more now to take care of Aldrich and the home.” Ulrich told her leaving no room for disobedience.

“Yes Papa.” Ada replied knowing that was the only response she could give him.

Ada makes his bowl of soup and places it in front of him with the bread that she made earlier that day too. She then takes Aldrich into the sleeping area they share and reads him a story. She tried to hide her fear from her brother when they are alone. She wants him to be happy and not worry that someday soon she might be leaving him for good. She prays that her soul mate will not come for a long time. The more time she has with Aldrich the safer he will be.

His Dark Embrace by Amanda Ashley
Deception of the Heart by Wolf, Ellen
Jupiter's Bones by Faye Kellerman
The Call of the Weird by Louis Theroux
World without Stars by Poul Anderson
Crown of Midnight by Sarah J. Maas
Microsoft Word - Jacks-Marcy-One-Night-Stand-with-a-Werewolf.doc by OWNER
Indiscretions by Elizabeth Adler
Glamorous Powers by Susan Howatch
Criadas y señoras by Kathryn Stockett
Our partner