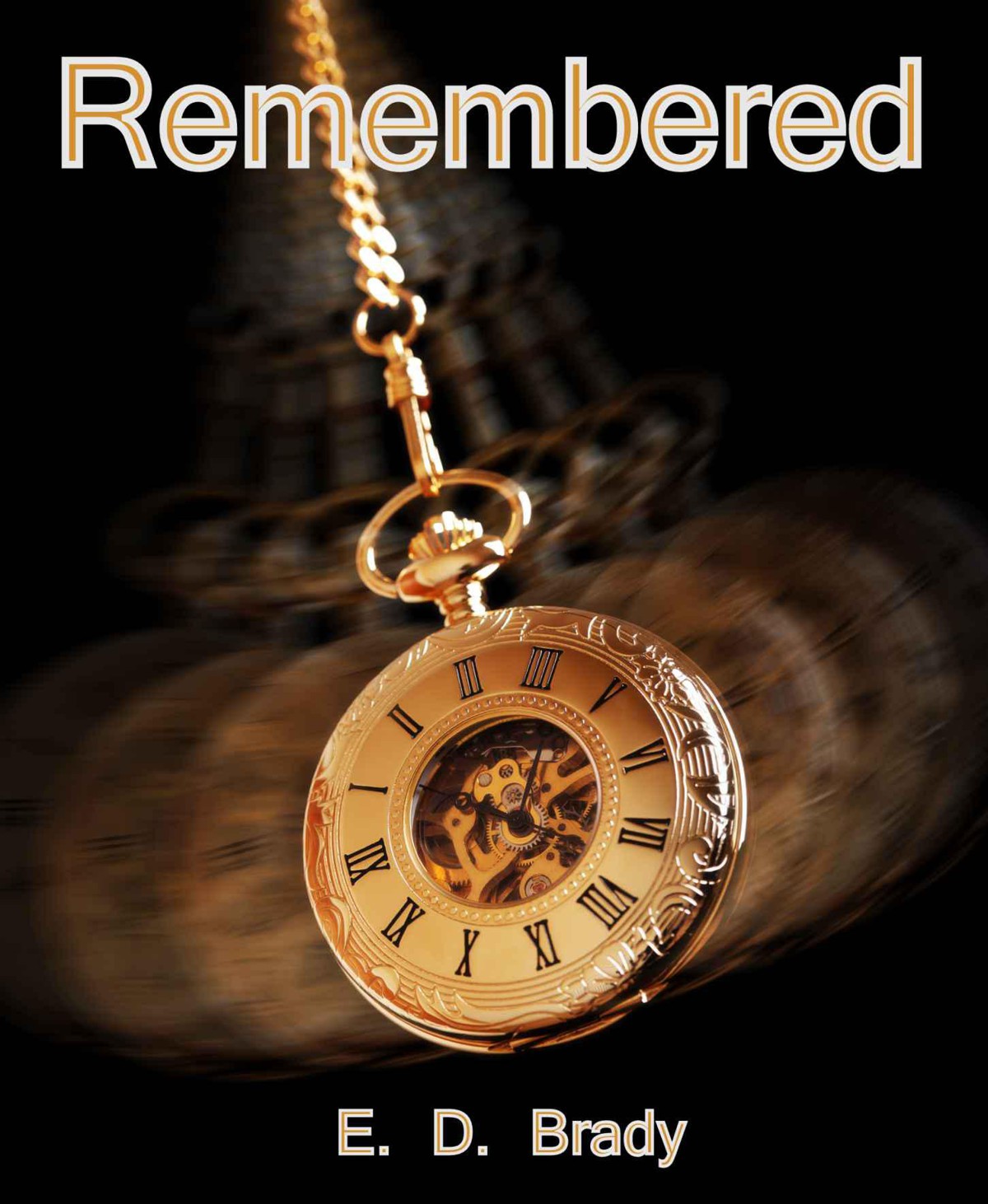 HOW FAR WOULD YOU TRAVEL FOR TRUE LOVE?

When Emily seeks professional help to deal with haunting dreams of a handsome stranger, she is thrown into horrifying memories of being kidnapped and almost murdered.

She embarks on an astonishing journey where she uncovers her true identity and is reunited with the only man she will ever love. But the evil that tore them apart still lurks, threatening to destroy their love and more than likely end their lives.

The scream of a police car, blazing down Queens Boulevard,
ripped Emily from sleep.

Dawn had not yet broken, but the streetlight outside her window
illuminated the small bedroom enough for her to make her way to the door
without tripping over the various items scattered across the floor. She made a
mental note to tackle the mess after work that evening.

She walked down the tiny hallway, tiptoeing past her
roommate’s bedroom, into the kitchen, and flicked the power switch on the
coffee pot.

In the third week of May, New York City was already
blistering under unseasonable heat. Spring came and went in a matter of weeks,
ushering in the stagnant humidity of midsummer almost two months early.

Emily opened the window, hoping for some fresh air—or
whatever one would call the New York equivalent—only to slam it shut against
the metallic screech of the 7 train approaching the 40th Street station.

She poured a cup of coffee and stood facing the window,
looking at the view beyond: a brick wall adorned with a rusty fire escape—not
exactly the Swiss Alps, but hey, what could one expect for eleven hundred a
month this close to Manhattan?

She stood transfixed, allowing her mind to wonder back to
the dream she had just before waking, the same dream she had five times in the
past two weeks, the dream of a beautiful man with light-brown hair.

She wondered how her imagination could conjure up such
perfection. His hair fell into smoldering blue eyes framed with long brown
lashes—eyes that held a vivacious twinkle, as though they belonged to someone
ready for mischief, yet burning with kindness. His smile was dazzling. But his
most exquisite feature was his bottom lip that pouted out just a little too
much, and begged to be nibbled.

He seemed graced with a certain kind of innocence—an
innocence that was only affordable to those blessed with an easy life, a life
filled with the comfort of a loving family, untouched by hardship, a life very
different from her own.

It began just after her birthday. She woke up that morning
feeling oddly unsettled, and since then, had dreamt of the stunning stranger four
more times. While she knew that she had never met such a man, the dreams filled
her with a longing that she couldn’t define, and a feeling of loss and
heartbreak, which was definitely something she had never experienced before.

She tossed the empty coffee cup into the sink and walked up
the hall to the bathroom.

After a quick shower, she pulled on her robe and opened the
door to make her way to her bedroom, smacking forcefully into her roommate,
Cappy, who was vaulting towards the bathroom door.

“Good Morning. Aren’t we eager to get to work?” Emily
teased, rubbing the spot where their heads collided.

“Sorry, Ems, I’m running really late. I have a new client
that I stupidly scheduled for much too early. I don’t know what I was thinking
at the time,” Cappy replied. “Please make me a cup of coffee. I’ll be your best
friend for life.” She squeezed past Emily, pulling her long blonde hair from a
ponytail holder.

“I’ve been hearing that since we were eleven-years-old,”
Emily answered. “You’re obviously still not ready to make that commitment yet.”

“That commitment was made many years ago, and you know it,”
Cappy answered, closing the bathroom door.

Emily went back to the kitchen, poured another cup of
coffee, and left it on Cappy’s dresser, picking up a glossy, overpriced
magazine on her way out.

Back in her bedroom, Emily pulled a pair of tan capris,
along with a white blouse, from her wardrobe. She crunched up her long, wet,
cocoa-brown curls then let the damp ringlets fall around her shoulders. She sat
crossed-legged on her bed, flicking through the magazine, waiting for her hair
to dry.

A knock on her bedroom door pulled her attention away from
the article she was reading,
‘How to know if your man is cheating’
. It
was the type of article—inside the type of magazine—that Emily usually
abhorred, but at that hour of the morning, before she was fully functioning, anything
that required a few more brain cells was a no-go.

“I had that dream again,” Emily confessed shyly.

“The one with the hot guy?”

“Strange. We’ll talk about this later. I have to go.”

At eight o’clock, Emily pulled on her work clothes, checked
out her reflection in the mirror, and headed out of the apartment.

She walked a muggy half block to Queens Boulevard—in a
stifling ninety-two degrees on May 22nd, according to the local news channel.
She climbed the long steep staircase to the subway platform. Why they called it
a subway in this part of Queens was a mystery. The tracks towered several
stories above the boulevard.

She boarded her train and quickly found herself sandwiched
between two men. The man in front of her, attempted to hold his copy of The New
York Times at a readable distance with little success, effectively giving her a
face full of newspaper every time he swayed forward. Behind her, another man’s
thigh rubbed up against her ass. For this kind of intimacy,  she would have
liked dinner and a movie first, at the very least. But no, here she was once
again, involved in a rush hour ménage a trois without even the courtesy of
casual introductions.

The one and only positive aspect to her morning commute was
that it was short. The close proximity to work was one of the things she and
Cappy loved most about living in Long Island City.

Thankfully, moments later, she was off the train and on the
busy streets of Manhattan.

She walked past Bloomingdales, stopping once at her favorite
coffee kiosk, and on up Lexington Avenue to 63rd Street.

Emily’s boss, Nancy Parker, was a talented interior
decorator—one of those lucky people who made a great living spending other
people’s money. She had an impressive list of clients, all uptown millionaires.
Apparently, Nancy was one of the best. Rumor had it that she could turn a
trailer home into the Taj Mahal.

The suite they worked from was Nancy’s home as well as her
office. It was a large workspace with two desks arranged chaotically around all
the usual furniture one would find in a living room. Scrapes of materials,
boxes, and books were scattered everywhere. Emily had to constantly watch her
footing while walking around so she wouldn’t disturb the unusual filing system
that only Nancy could understand.

“I have over twenty samples for you to get out in the mail,
first thing,” Nancy called as Emily rushed through the door.

“Just give me a moment to change my shoes and I’ll get right
on it,” Emily replied.

“Take all the time you need, Ems,” Nancy said. “The mailman
won’t be here for a while yet.”

“Isn’t it supposed to be spring?” Emily said agitatedly.
“What’s with the African heat outside?”

“I hear it’s supposed to be beautiful next week, though,”
Nancy answered. She walked over and sat on the edge of Emily’s desk, making it
apparent that she was bursting to say something by the enormous grin smeared
across her face.

“Never mind that,” Nancy said eagerly. “You know that I’m
going to that antique show and seminar in London in two weeks, right?”

“Well, I was wondering…” Nancy trailed off, widening her
gaze, inviting Emily to ask the obvious question.

“How would you feel about coming with me?” she questioned,
clapping hers hands jubilantly.

“Why?” Emily blurted out, hardly believing her good fortune.

“I just thought it would be nice to have you there, and you
could help me organize some stuff. Of course, you will have to share a hotel
room with me.”

“We’re leaving on Friday night, two weeks from today, which
will give us the weekend to sightsee before the seminar on Monday,” Nancy
stated, handing Emily various tour excursion brochures that she pulled from her
back pocket. “I’ve already booked a couple of bus tours.”

“Now, back to work,” Nancy said. “I just remembered that I
need you to run up to Mr. Newburg’s apartment. He has a check for me that I
need to lodge before lunch. It’s the full amount for the job I did on his
living room. The samples can wait until later.”

“Do you mind if I walk?” Emily asked. “I could use the
exercise.”

“You, Ems?” Nancy asked incredulously. “Honestly, you have
the cutest figure I’ve ever seen. If I had a body like yours, I’d walk around
naked.”

Emily cringed inside, suddenly getting a vivid mental image
of Nancy on Lexington Avenue, completely undressed. “Thanks,” she mumbled.

She left the office and walked up to Park Avenue, heading
uptown. The flowers in the median were in full bloom, saturating the city air
with a sweet spring aroma, and providing a colorful sprinkle between the brown
and red brick buildings.

Emily entered the lobby of Mr. Newburg’s building, between
87th and 88th Street. The doorman called upstairs then informed her that she
could take the elevator to the fifth floor. An employee led her into the living
room and announced that Mr. Newburg would be with her in a moment.

She marveled at the massive room. Five of her apartments
could fit into the living room alone. And the dining room, off to the side, was
bigger than most restaurants she’d ever eaten in.

She fidgeted awkwardly, debating whether or not it was acceptable
to sit down. In the end, she decided to walk over to the enormous fireplace and
casually looked at the variety of ornaments on the marble mantel.

A painting, centered in the middle of the space above the
mantel, caught her attention—a single daisy on a dark background.

“It’s unusual, isn’t it?” Mr. Newburg said, appearing beside
her. “At first I didn’t like it, but it’s really grown on me.”

“My roommate would love it. She loves daisies,” Emily
replied. “There’s something kind of sad about it.”

Peyton 313 by Donna McDonald
Skinny by Diana Spechler
Love M.D. by Rebecca Rohman
Winter's Kiss by Felicity Heaton
Emily For Real by Sylvia Gunnery
Be With Me by C.D. Taylor
El caballero inexistente by Italo Calvino
Done With Love by Niecey Roy
Cold Lake by Jeff Carson
The Journey Prize Stories 25 by Various
Our partner