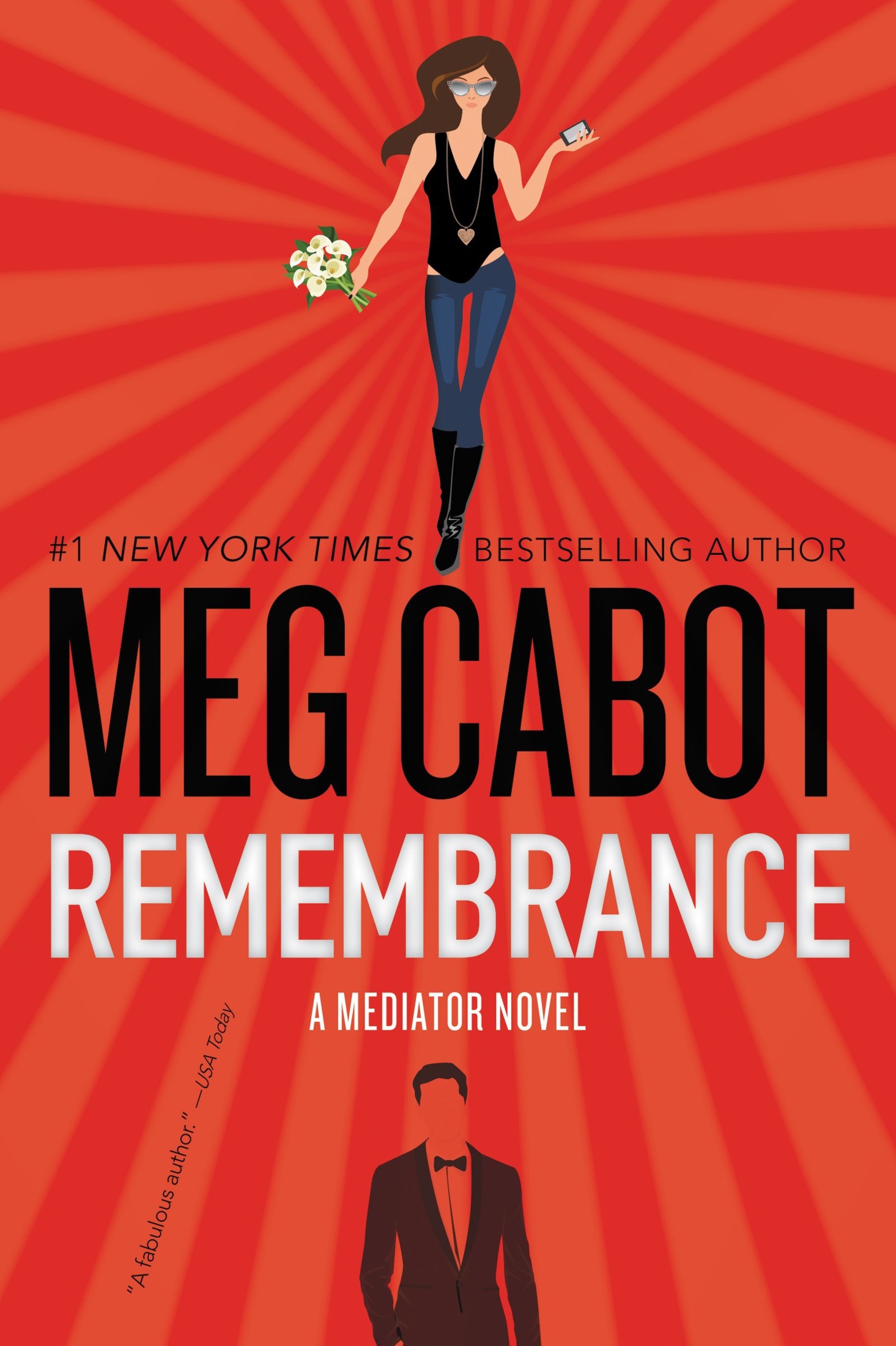 I’m sure you’ve seen lots of movies and TV series and maybe even reality shows about people with the same ability as my heroine, Suze Simon: so-called “mediators” who can communicate with the dead, helping them resolve whatever issues they’ve left behind in this world, so they can cross over to the next.

But the “reality” of Suze’s gift isn’t at all the way they portray it in the movies or on TV. That’s because—though she’s kept notes on her cases for some time—Suze hasn’t shared them, since doing so might risk someone’s physical or emotional safety. That’s why only a few of her closest family and friends (and now you) are aware of her secret.

But don’t worry if you missed any of Suze’s previous “progress reports.” After all, they took place in high school. And who wants to relive high school?

Except that it was in high school when Suze first encountered the love of her life, Jesse de Silva. It took a miracle to bring them together, and they’ve sworn that nothing will ever tear them apart. Or will it?

And surprises, like that a character I created in the year 2000 would have such a lasting impact on the lives of so many, including my own.

For that, I’ll never stop being thankful, especially to all of you.

It started while I was in the middle of an extremely heated online battle over a pair of black leather platform boots. That’s when a chime sounded on my desktop, letting me know I’d received an e-mail.

Ordinarily I’d have ignored it, since my need for a pair of stylish yet functional boots was at an all-time high. My last ones had met with an unfortunate accident when I was mediating a particularly stubborn NCDP (Non-Compliant Deceased Person) down at the Carmel marina, and both of us had ended up in the water.

Unfortunately, I was at work, and my boss, Father Dominic, frowns on his employees ignoring e-mails at work, even at an unpaid internship like mine.

Muttering, “I’ll be back,” at the screen (in what I considered to be a pretty good imitation of Arnold Schwarzenegger as the Terminator), I clicked my in-box, keeping the screen to the auction open. With their steel-reinforced toes and chunky heels, these boots were perfect for dealing with those who needed a swift kick in the butt in order to encourage them to pass on to the afterlife, though I doubt that’s why the person who kept trying to outbid me—Maximillian28, a totally lame screen name—wanted them so badly.

But if there’s anything I’ve learned in the mediation business, it’s that you shouldn’t make assumptions.

Which is exactly what I realized when I saw the name of the e-mail’s sender. It wasn’t one of my coworkers at the Mission Academy, let alone a parent or a student. It wasn’t a family member or friend, either.

It was someone I hadn’t had any contact with in a long, long time—someone I’d hoped never to hear from again. Just seeing his name in my in-box caused my blood to boil . . . or freeze. I wasn’t sure which.

Forgetting about the boots, I clicked on the e-mail’s text.

I’m sure you’ve heard by now that my new company, Slater Industries, has purchased your old house on 99 Pine Crest Road, as well as the surrounding properties.

You’ve never been a sentimental kind of girl, so I doubt you’ll have a problem with the fact that we’ll be tearing your house down in order to make way for a new Slater Properties development of moderately sized family homes (see attached plans). My numbers are below. Give me a call if you want to talk.

You know, it really bothers me that we haven’t stayed in touch over the years, especially since we were once so close.

P.S.: Don’t tell me you’re still upset over what happened graduation night. It was only a kiss.

I stared at the screen, aware that my heart rate had sped up. Sped up? I was so angry I wanted to ram my fist into the monitor, as if by doing so I could somehow ram it into Paul Slater’s rock-hard abs. I’d hurt my knuckles doing either, but I’d release a lot of pent-up aggression.

Did I
have a problem
, as Paul had so blithely put it, with the fact that he’d purchased my old house—the rambling Victorian home in the Carmel Hills that my mom and stepdad had lovingly renovated nearly a decade earlier for their new blended family (myself and my stepbrothers Jake, Brad, and David)—and was now intending to tear it down in order to make way for some kind of hideous subdivision?

Yeah. Yeah, I had
a problem
with that, all right, and with nearly every other thing he’d written in his stupid e-mail.

And not because I’m sentimental, either.

He had the nerve to call what he’d done to me on graduation night “only a kiss”? Funny how all this time I’d been considering it something else entirely.

Fortunately for Paul, I’d never been stupid enough to mention it to my boyfriend, Jesse, because if I had, there’d have been a murder.

But since Hispanic males make up about 37 percent of the total prison population in California (and Paul evidently had enough money to buy the entire street on which I used to live), I didn’t see a real strong chance of Jesse getting off on justifiable homicide, though that’s what Paul’s murder would have been, in my opinion.

Without stopping to think—huge mistake—I pulled my cell phone from the back pocket of my jeans and angrily punched in one of the numbers Paul had listed. It rang only once before I heard his voice—deeper than I remembered—intone smoothly, “This is Paul Slater.”

“What the hell is your problem?”

“Why, Susannah Simon,” he said, sounding pleased. “How nice to hear from you. You haven’t changed a bit. Still so ladylike and refined.”

I’d like to point out that I didn’t say
hell
either time. There’s a swear jar on my desk—Father Dominic put it there due to my tendency to curse. I’m supposed to stick a dollar in it for every four-letter word I utter, five dollars for every F-bomb I drop.

But since there was no one in the office to overhear me, I let the strongest weapons in my verbal arsenal fly freely. Part of my duties in the administrative offices of the Junípero Serra Mission Academy (grades K–12)—where I’m currently trying to earn some of the practicum credits I need to get my certification as a school counselor—are to answer the phone and check e-mails while all of my supervisors are at lunch.

What do my duties not include? Swearing. Or making personal phone calls to my enemies.

“I just wanted to find out where you are,” I said, “so I can drive to that location and then slowly dismember you, something I obviously should have done the day we met.”

“Same old Suze,” Paul said fondly. “How long has it been, anyway, six years? Almost that. I don’t think I’ve heard from you since the night of our high-school graduation, when your stepbrother Brad got so incredibly drunk on Goldschläger that he hurled all over Kelly Prescott’s Louboutins. Ah, memories.”

“He wasn’t the only one who was drunk, if I recall,” I reminded him. “And that isn’t all that happened that night. You know what I’ve been doing since then, besides getting my counseling degree? Working out, so that when we meet again, I can—”

I launched into a highly anatomical description of just where, precisely, I intended to insert Paul’s head after I physically removed it from his body.

“Suze, Suze, Suze.” Paul feigned shock. “So much hostility. I find it hard to believe they allowed someone like you into a counseling training program. Have the people in charge there ever even
met
you?”

“If they met you, they’d be wondering the same thing I am: how a manipulative freak like you isn’t locked up in a maximum-security penitentiary.”

“What can I say, Simon? You’ve always brought out the romantic in me.”

“I think you’re confusing the word
romantic
with sociopathic sleazebag. And you’re lucky it was Debbie Mancuso and not Jesse who came along when you were pawing at me that night like an oversexed howler monkey, because if it had been, he’d—”

“—have given me another one of those trademarked beatings of his that I so richly deserve. Yes, yes, I know, Suze, I’ve heard all this before.”

Paul sighed. He and my boyfriend have never gotten along, mainly because Jesse had been an NCDP for a while and Paul—who, like me, was born with the so-called “gift” to communicate with those trapped in the spirit world—had been determined to keep him that way, mostly so that Paul could get into my pants.

Fortunately, he’d failed on both accounts.

“Could we move on, please?” Paul asked. “This is very entertaining, but I want to get to the part about how I now own your family home. You heard the news, right? Not about your house—I can tell by your less than graceful reaction that you only just found out about that. I mean about how Gramps finally croaked, and left me the family fortune?”

I bit my lip. His grandfather had been cantankerous at times, but he’d also been the only person in Paul’s family—besides his little brother, Jack—who’d genuinely seemed to care about him. I wasn’t surprised to hear that he’d passed on, however. The old man had already been in pretty bad shape when I’d met him from “shifting” back and forth too often through time, a skill mediators possess, but are warned not to use. It’s considered hazardous to their health.