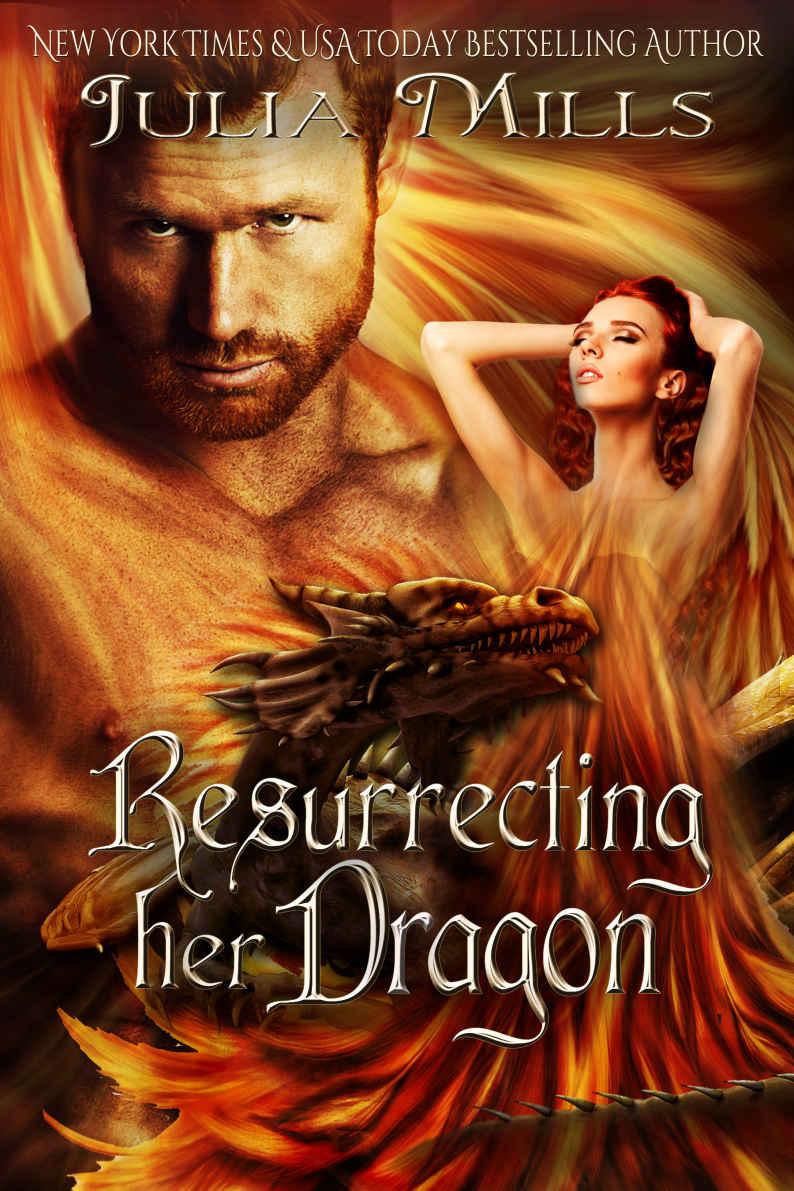 There Are No Coincidences.

The Universe Does Not Make Mistakes.

Fate Will Not Be Denied.

All Rights Reserved. This book or any portion thereof may not be reproduced or used in any manner whatsoever without the express written permission of the author except for the use of brief quotations in a book review.

DISCLAIMER
: This is a work of fiction. Names, characters, businesses, places, events, and incidents are either the product of the author’s imagination or used in a fictional manner. Any resemblance to actual persons, living or dead, or actual events is purely coincidental.

Index of the Original Language of the Dragon Kin

VIKTOR: Heart of Her King ~ Kings of the Blood ~ Book1 | AVAILABLE NOW!

D
are to Dream! Find the Strength to Act! Never Look Back!

To my girls, Liz and Em, I Love You. Every day, every way, always.

Index of the Original Language of the Dragon Kin

For the Love of Her Dragon, Dragon Guard Series #4

Saved by Her Dragon, Dragon Guard #5

Only for Her Dragon, Dragon Guard #6

Fighting for Her Dragon, Dragon Guard #7

The Fate of Her Dragon, Dragon Guard #10

Her Dragon’s No Angel, Dragon Guard #11

Her Dragon, His Demon, Dragon Guard #12

Her Love, Her Dragon: The Saga Begins, A Dragon Guard Prequel

Kings of the Blood

VIKTOR: Heart of Her King ~ Kings of the Blood ~ Book 1

We soar the skies

Free to a certain extent,

As long as we stay hidden

Our scales differ in color

Tails, horns, talons and all,

Are never the same.

We are one with nature

We blend in with nature

The wind helps us soar high in the heavens

While the earth grant us healing strength in our hour of need.

We are one with the world

We are the guardians of our kin

When evil conspire to maim and hurt

We are protectors of this human race.

As majestic animals of fairytales

They walk in honor and the grace of Fate,

Fate that we cannot deny.

- This Poem is based on the Series, The Dragon Guard by Author Julia Mills.

Oh yeah, lay here and be bored to death. HA! I mean, that’s unless the hellhound poison coursing through my veins doesn’t kill me first. Good times. Good times.

Crap! Left that off my list of accomplishments. Get bitten by hellhound...check. Seriously, not in the original plan but it’s an accomplishment nonetheless, right? Right.

Leave it to me to go to the Underworld and get gnawed on by a beastie. Worst part is, I’m never gonna live it down. I can only imagine all the jokes those knuckleheads are cooking up while I lay here like a bump on a log. I hear it now... “Paybacks are a bitch”. “What happened hot shot? Zigged when you should’ve zagged?”

HA! Yeah this is gonna be fun and by all that’s holy, no one deserves it more than I do. I’ve never in my life let even one of them off the hook... probably something I should rethink for the future... if the future comes...

The youngest of the O’Reilly brothers laid helpless, talking to himself to pass the time and to avoid listening to the conversations going on around him. Everything he heard was depressing. Nothing Niall and Calysta, or anyone for that matter, could think of was making him any better. The hellhound poison continued to eat away at him, killing from the inside out. It didn’t take his enhanced senses to figure out that everyone was just as frustrated and infinitely as tired as he was, which was good, since every single one of them had ceased to work, even his mindspeak.

And the hits just keep coming...

But there was no one to blame. They were doing the best they could. It was just a damned shame all their hard work was accomplishing was holding off the inevitable ... his one-way trip to the Heavens.

Time to change the channel...

Time to get serious. The big guy needs to wake up. He’s my last, best hope. Mom was right, some things you just gotta do yourself.

The powerful white magic only Guardsman and beast could create together was the one thing in existence that Rory could think of that
might
be strong enough to drive the poison from his system.

Poking at his dragon was fun at first. They’d always had a big brother/little brother relationship, with Rory doing what he did best...be the pesky little brother. However, his usual fun-loving pranks quickly turned into shouting insults and was barreling toward mental violence as his beast continued to lay dormant. Rory played with the idea of dreaming up a big stick and jabbing the dragon. If there was one thing his beast hated, it was a poke in the eye with a sharp stick.

Come on, you big galoot, wake up. It’s time. You can sleep later.

Mindlessly aggravating his thousand-pound alter ego, Rory groaned as he heard Maximillian Prentice, the King of the Big Cats, enter the room. “Have the Guardsmen found the woman yet?” The Leo’s usually arrogant tone had a tinge of concern.

Aww...Max cares. Wait? What woman? There’s another healer?... another witch? Another...?

“Not that I’ve heard, but Rian sent them out so I assume he’s the one whose been getting updates,” Calysta answered then chuckled. “Kyra said she and Royce are going to visit the newlyweds today.” The Grand Priestess’ chuckle turned into full blown laughter as she continued. “Roy said Rian and Audrey were due for an interruption.”

Max laughed out loud. “I wonder if they will agree. Rian waited a hundred years to have his princess by his side. Something makes me think Royce is looking for a little payback after all the grief his older brother gave him in the not so distant past.”

“I’m sure he is. To hear him tell it, Ri was relentless when Royce and Kyra found each other,” Niall added.

“That’s one way to put it,” Max chuckled. “I witnessed some of it but from the other stories I’ve heard, I have to applaud Royce’s restraint. When I find my mate, I promise to draw blood if anyone tries to intervene.”

“I’m sure this one was a real pain in the bum, too.” Calysta had a smile in her voice as she replaced the cool cloth on Rory’s forehead. He could tell from the scent the Grand Priestess had added some new healing herbs to the mixture.

I sure was and I was really looking forward to doing the same to Rian. Oh well, there’ll be time for that later...hopefully...

Thinking of anything other than the venom in his system, his ever-rising fever, and his inability to move even his little finger, Rory focused on his oldest brother’s change in marital status. He was glad to hear Rian’s mating ceremony had gone off without a hitch and that the couple was happy. He’d never been one to get all worked up about such things, but it did his heart good to know his brothers were both with their mates and living life as the Universe intended.

Mates are for some. I’m the lone wo...dragon.
He chuckled at his own joke.

Calysta, Niall, and Max’s conversation was a dull roar in the background as Rory gave his dragon a mental kick in the shins. The youngest O’Reilly brother was surprised to hear Max mention he’d also sent his werepanthers out to find the mystery woman, and he willed the King to explain
who
she was.

“I just heard from my men. It seems they missed her by less than an hour. Juan Carlos has assured me she is headed this way but for some reason is taking a rather convoluted route over backroads and down little known trails. It’s as if she is trying to avoid someone or something.”

“Have they run into any of my men?” Rian asked.

Where the hell did he come from? Damn failing senses...

“Give me a moment,” Max answered and Rory knew the King was mentally contacting his second-in-command by the silence that followed.

With nothing but emptiness to fill the time, Rory growled at his dragon.
Wake up you bloody beast. You’re useless, good for nothing, and a giant pain in my ass. WAKE UP!”

When the dragon didn’t even bother to groan, the Guardsman imagined kicking the great beast in the tail a few times before erupting into a fit of laughter.
Oh Hell, I’ve turned into Kell, bad attitude and all. Even had a little brogue going there for a second.

Thankfully, Max began speaking before Rory’s thoughts could take the dark turn he felt bearing down on him. “Juan Carlos has indeed had contact with your men.” He chuckled before continuing. “Apparently, Kellan was rather adamant that he and his Guardsmen inspect the woman’s home for themselves.”

After a rather exasperated sigh, Rian commented. “Somehow, I’m not surprised. Kell tends to be a little rigid. He feels responsible for everything and everyone, especially Rory. They’re thick as thieves. Let me give him a call and see what’s going on.”

For about the hundredth time, Rory wished for at least his mindspeak to work. It was completely infuriating that he couldn’t at least hear what they were all talking about. Getting the play by play by eavesdropping had gotten old after about fifteen minutes.

While he waited for Rian to finish his mental conversation with Kellan, Rory tried to figure out what mysterious woman they were talking about. No one mentioned a name or even where she was traveling from... just that
she
was on her way. He could feel from the way they talked about her that whoever she may be, this unknown female was his last, best hope for escaping his forever death. It felt surreal and more than a little unnerving to be out of the loop and depending on someone he didn’t know.

Rian’s worry-filled voice interrupted Rory’s next thought. “Kell said it looks like Miss Featherstone packed up everything before leaving. He ran into the old guy who’s watching her dog—Homer, I think he said the man’s name was—but the gentleman had no clue where the matriarch had run off to. Kell confirmed what your guys said, Max. She’s going through every one-horse town and canyon she can find, but her ultimate course is still here.”