Read Return of the Sorceress Online

Return of the Sorceress 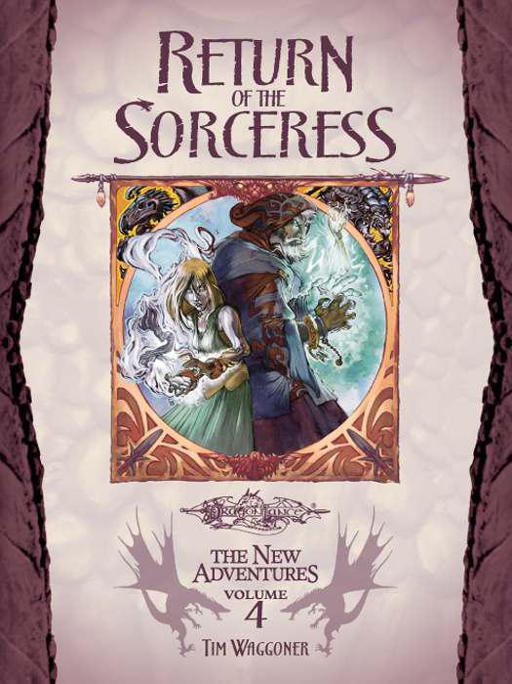 Maddoc opened his eyes. A burst of mystic energy that strong, coming so close to the keep … could it be Nearra? And if it were her, if she were releasing so much power, it could well mean that the Emergence had finally taken place.

When he’d first initiated his plan to resurrect Asvoria and make her magic his own so many months ago, he’d underestimated just how powerful the sorceress’ spirit would be, not to mention how resourceful her host, Nearra, would prove. But he’d made alterations in his plan, researching new spells and waiting for the day the little fools would walk right into his trap.

F
OR
E
RIC
,
WHO’S
NOT
JUST
MY
BROTHER
BUT
ALSO
MY
BEST
FRIEND
.
(T
HERE
, I
DEDICATED
A
BOOK
TO
YOU
.
NOW
WILL
YOU
STOP
BUGGING
ME
?) 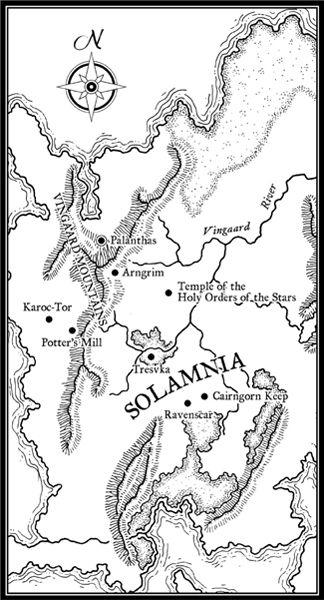 7.
S
OFT
B
EDS
AND
B
OTTOMLESS
L
AKES

W
hat business do you have in Ravenscar?” Two broad-shouldered men armed with swords stood in the middle of the muddy road, blocking the way. The first man’s tone was neutral, but the hard look in his eyes sent a shiver down Nearra’s spine. This was someone who would kill without thought or remorse.

“Why should we tell you?” Davyn said.

The second man scowled and dropped his hand to his sword, though he made no move to draw the weapon.

Nearra tensed. She wished she was holding her dagger. But she knew if her hand so much as twitched in the direction of her blade, the two thugs—who, it seemed, were Ravenscar’s unofficial welcoming committee—would be on them in an instant.

It was early spring in Solamnia. The trees were beginning to bud, and while the air was still cool enough for the five companions to wear their fur cloaks, there was a fresh, green smell in the breeze that promised warmer weather to come. The road that led into Ravenscar was muddy from recent rains, and dotted with mounds of horse manure, fruit rinds, and gnawed meat bones. The town, if it could be called that, was little more than
a collection of ramshackle buildings made from weathered and rotting wood. It seemed to Nearra as if one good strong wind could turn the entire town into kindling.

“Our business is our own. Since when did the folk of Ravenscar start asking questions of visitors?”

“Since we felt like it,” the first man growled. He was tall and clad in leather armor and wore a snake-skin sword-belt.

“But if you don’t want to answer in words, you can always answer in coin,” the second thug added. He was dressed like the first, except his belt was plain leather, and he wore a cloak made from the hide of a mountain cat. The second bully began to draw his sword, and his companion did likewise.

Catriona reached for the steel dragon claws tucked beneath her belt, while Sindri raised his hand, the one with the silver ring, in preparation of casting a spell. But before a fight could break out, Elidor drew a fat coin purse from his tunic.

“In that case, here’s our answer.” The elf shook the purse, jingling the coins inside. “I suspect it’s your favorite language.”

The first thug—Nearra thought of him as Snake Skin—stopped drawing his sword, but he didn’t slide the blade back into its sheath. “That it is,” he allowed. “But how many words of it do you intend to speak?”

“As many as necessary,” Elidor replied.

The two men stared at the purse for a moment, sizing it up, and then looked at each other. The barbarians sheathed their swords, and Nearra let out a breath she hadn’t known she was holding.

Elidor tossed the money pouch and Snake Skin snatched it out of the air. He opened it and both men examined the contents. Satisfied, Snake Skin closed the purse and stepped aside.

A Season of Miracles by Heather Graham
Bone Coulee by Larry Warwaruk
The Curious Mind of Inspector Angel by Roger Silverwood
Joint Forces by Catherine Mann
Jim Morgan and the King of Thieves by James Matlack Raney
The Shadow Portrait by Gilbert Morris
Christine Dorsey - [MacQuaid 02] by My Heavenly Heart
True Colors by Krysten Lindsay Hager
Close Remembrance by Zaires, Anna
The Unbidden Truth by Kate Wilhelm
Our partner