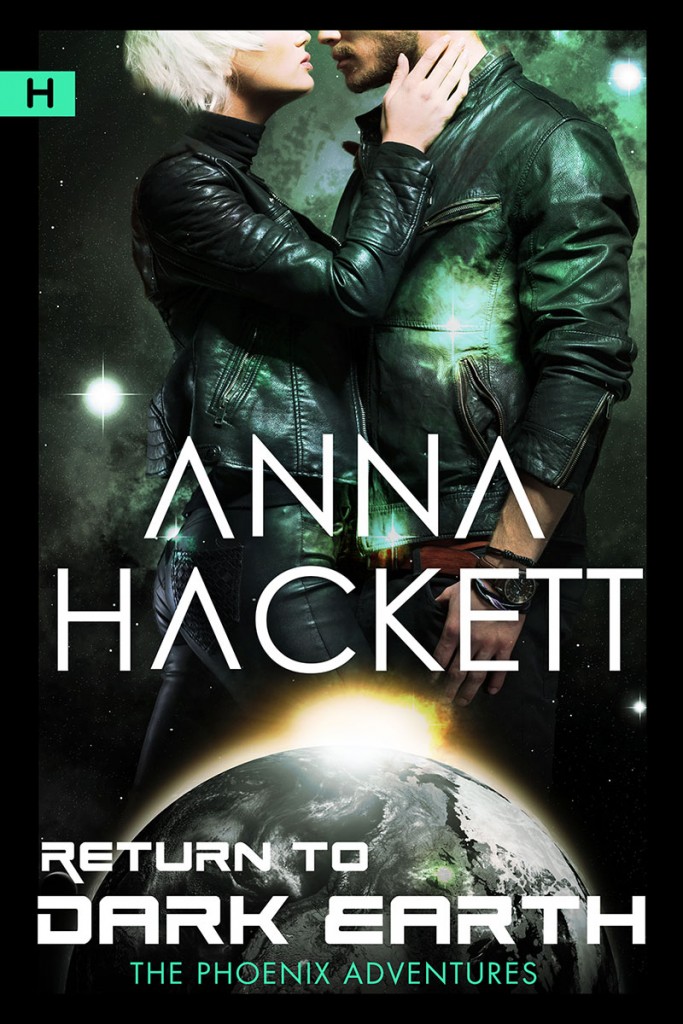 This book is a work of fiction. All names,
characters, places and incidents are either the product of the
author’s imagination or are used fictitiously. Any resemblance to
actual persons, events or places is coincidental. No part of this
book may be reproduced, scanned, or distributed in any printed or
electronic form.

What
readers are saying about Anna’s Science Fiction
Romance

What readers are saying about Anna’s
Science Fiction Romance

“
At Star’s End
is
a fun, thrill ride of a science fiction romance.” – Mstcat,
Goodreads review

“
A
wonderfully written space adventure.” – Corrinthia, Amazon review
of
In the
Devil’s Nebula

“
An
action-packed sci-fi adventure with some smoking hot sexy times, I
highly recommend
On a Rogue Planet
.” – KatieF, Amazon Review

“
High
action and adventure surrounding an impossible treasure hunt kept
me reading until late in the night.” – Jen, That’s What I’m Talking
About, review of
Beyond Galaxy’s Edge 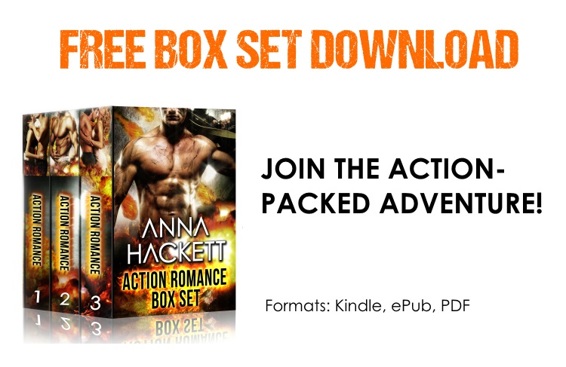 Today the starship,
Endeavour Horizon
,
entered orbit around the planet Earth. The most recent recorded
visit since the planet’s destruction during the Great Terran
War.

The planet is covered in dense clouds, but
what could be glimpsed through the cloud cover showed the seas are
as black as space. Radiation levels are off the charts—consistent
with records that experimental nuclear weapons were used in the war
and have decimated the planet’s surface. Radiation levels are too
high for the
Endeavour Horizon
to risk landing.

Scans of the surface are also hampered by
the radiation, but show no human life signs. There are large and
confusing biosigns, and the science team can only speculate that
they belong to mutated animal lifeforms.

There have long been rumors that many
valuables and pieces of Terran history remain on the planet, but it
is the conclusion of my best advisors that it is far too dangerous
to attempt any recovery. Possibly in the future, bold explorers may
risk the journey.

I report that the planet that seeded much of
the life in our galaxy is nothing but a dark Earth.

Out of Australia II Colony

He hated the jungle.

Niklas Phoenix pushed aside a giant green
leaf the size of his body and ducked under a thick branch. Here on
Mazona V, the jungle was so dense, he could only see a few meters
ahead. According to his Sync communicator, he was following a path,
but he sure as hell couldn’t see it. He stopped and slapped at a
huge insect with a long proboscis that was buzzing around him,
trying to find a spot to land.

Nik lifted his laser machete and started
swinging again, cutting at the dense wall of vines in front of
him.

His brother Dathan’s voice came through
Nik’s tiny nano-earpiece. “All I can see is jungle, jungle, and
more jungle.”

A laugh came through the line. “Sounds like
you aren’t having fun, big bro.”

That voice was his youngest brother, Zayn.
Zayn could sound cheery while handcuffed to an explosive device and
traveling toward a black hole. He’d always been the easiest-going
of the three of them, and since he’d married the love of his life,
his cheer had become almost unbearable.

Oh, and now Dathan with the sarcasm. Nik
glowered at the vines in front of him and put some extra swing into
his hacking. “You guys should give up treasure hunting and go into
comedy. I hear the casinos on Cardon Prime are looking for
stand-ups.”

He swung again, the orange laser making a
quiet hum, and the vines fell away. A tiny clearing was visible and
overhead, some unknown animal screeched.

Thankfully the sun was still up, so the
animals were of the friendly, curious variety. It was after night
fell that Mazona’s less-savory denizens made an appearance. Nik and
his brothers really wanted to be gone by then.

“Who the hell can have fun while they’re
sweltering on this godforsaken planet, surrounded by choking
jungle?” Nik grumbled.

“Focus on the treasure, Nik,” Dathan said.
“A beautiful golden idol said to originally be from Earth.”

Right. Legend said that a thief had stolen
the Terran artifact from a private collection, not long after the
Great Terran War had devastated Earth. Many people had left the
planet, heading out into the galaxy to form new colonies and to
populate new worlds. And they’d taken priceless old Earth treasures
with them.

Supposedly, the thief who’d stolen this
golden idol had crash-landed here on Mazona V. He’d convinced the
less-advanced, jungle-dwelling natives that he was a god, and he
lived out his life here in relative luxury. A small monkey-like
creature dropped down from a tree and landed on Nik’s shoulder,
making him stiffen. It tugged at his hair, sniffed, then leapt off
into the vegetation.

Nik shook his head. Even being waited on
hand-and-foot by the natives wouldn’t have made this place worth
it. The jungle-dwellers were long gone now, but the legends said
they’d worshipped the idol the thief had brought with him.

Being a born skeptic, Nik was guessing
they’d find a gold-plated tin can at best and at worst, nothing.
Until he saw the idol, scanned it and verified it, he wasn’t
getting excited.

The thing that excited him the most was that
a certain rival treasure hunter of theirs was reportedly after the
idol as well. He smiled. Yes, he’d very much like to get his hands
on it before her.

Nik stepped into the clearing, and
froze.

Amongst the tangled vegetation, he saw a
worn stone statue. It was as tall as Nik’s six feet, two inches,
and the rain had eroded it down over time. But it was clearly a
man, with dark holes carved out for eyes and one arm held
outstretched. Pointing.

Nik turned his head to follow the direction
of the carving’s hand.

And saw the cave entrance.

“I’m going in to investigate.” Niklas
studied the rounded mouth of the cave. It appeared a little too
regular to be natural, and there were carvings along the arch, too
worn to be able to decipher.

He stepped inside. It was dark and dank,
vines hanging down in the enclosed space. He grabbed his ion light
out of his vest, flicked it on and shone it around. Nearby, a vine
moved and Nik controlled a start. Not a vine—a Mazonian viper. It
hissed at him and he gave the highly venomous creature a wide
berth.

As he moved deeper into the cave, he
pondered how his life had turned out. Here he was, one third of the
galaxy’s best-known, treasure-hunter trio. It wasn’t at all how
he’d planned his career. He’d always loved knowledge, had been
starved for it by a childhood that had lacked…just about
everything. Their mother had left when they were young, and their
father… Well, Brocken Phoenix had been a washed-up, drunken
treasure hunter who survived on a diet of bitterness, high-octane
kila, and smacking his boys around.

Nik shook his head. As soon as he was
eligible, he’d won a scholarship and left their homeworld of
Zerzura. Its ancient ruins had sparked his love of history, and
he’d happily entered the Galactic Institute of Historic
Preservation’s academy and never looked back. He’d dreamed of
well-funded digs, of running the Institute’s grand, old museums,
and maybe one day sitting on the Institute’s board. It had been a
haven for him, a place dedicated to knowledge, learning and
history. It had fed his soul.

Up until the day he’d discovered it was all
a lie.

His jaw tightened and he headed deeper into
the cave. Screw the Institute. He’d left it behind and he enjoyed
working with his brothers. They were damn good treasure hunters. He
still spent time learning and collecting history. He might miss the
long excavation digs on occasion. Treasure hunting meant their jobs
were quick, in-and-out incursions, where they tried not to get
themselves killed…or worse, lose their treasures to someone
else.

And now they were doing good work.
Especially since Dathan had married Eos. The astro-archeologist had
worked hard to convince Dathan to sell a number of their
discoveries to reputable dealers and clients, and even to donate
some of their finds.

The Phoenix brothers made a good team. Zayn
was fast. Dathan was cunning. And Nik…well, he was smart. Put that
together, and you had all the essential ingredients for successful
treasure hunting.

Nik took another step and felt a stone
depress under his boot. A click echoed around him.

He knew the jungle-dwellers had been
renowned for their booby traps.

He followed instinct and dropped to the
floor. His cheek pressed to cool stone just as he heard a
twang
of release. Then, there was a
whoosh
as
something whizzed over him.