The Sentinel: 1 (Vengeance of Memory) 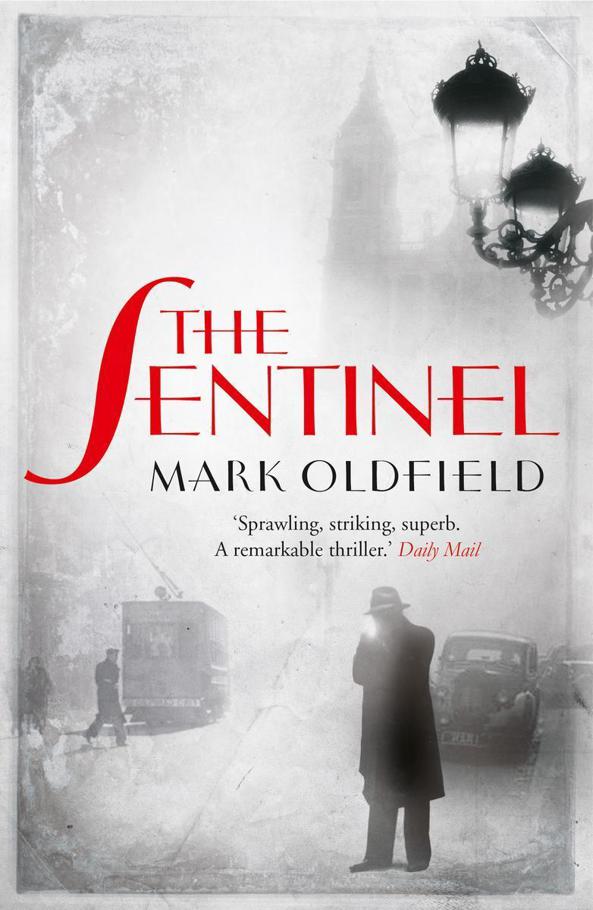 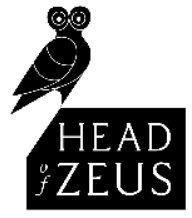 Subdued by the remorseless violence of their captors, the first group of prisoners trudged across the dusty sand, halting in front of the wooden barrera. The victors had torn open the shirts of many of the captured men and women to expose the right shoulder, seeking the telltale bruising left by the sustained firing of a rifle. Those who bore that mark were rapidly herded into the bullring. Some now stared defiantly at their captors while others wept, cigarettes held in shaking hands, their gaze fixed on a spot so distant it could not possibly be on this earth. They had suffered much, these beaten Republicans, but they had not yet suffered enough. The Moors guarding them slowly drew back, leaving the prisoners standing alone, casting long, stark shadows across the sand as they stared through the shimmering heat at their executioners.

The sound of hooves echoed over the stone patio outside the gates and the victorious soldiers cheered their general as he clattered into the ring on his big white horse, its brasses gleaming, like some knight of the crusades. General Valverde reined in his mount alongside the two heavy machine guns, dark-oiled and glinting with dull menace, the sights adjusted for short-distance fire. A group of staff officers gathered around the general. A tall young
teniente
took up position a couple of paces from the others, glaring at the ranks of condemned Republicans with sullen malice.

The prisoners shuffled as they waited in the pitiless heat. Some of them exchanged final handshakes, others raised their fists in the Republican salute. Some merely stared, ashen-faced, at the machine guns pointing accusingly towards them. From somewhere behind the stands, there was a burst of screaming and from further away came the sound of muffled gunfire. The town was being sacked.

The men at the guns knelt, ready, the loaders cradling the belts of heavy bullets so they would pass cleanly into the guns without jamming. At the metallic sound of the guns being readied, many of the prisoners crossed themselves. But one woman stepped forward from the front rank, holding her torn blouse together across her chest. Twenty yards away, the troops could not see whether she bore the stigmata of a rifle: the sun was too bright. Little matter: where there was doubt about a prisoner’s culpability, it was as well to assume guilt on the grounds of expediency.

The general’s voice echoed around the stands as he gave the order to fire. Those standing immediately behind the guns saw the woman’s mouth open, her fist rising in a final salute, but none heard her words as the machine guns exploded into their heavy staccato rhythm, scything down the prisoners, sending them tumbling backwards, smashed against the wooden barrera by the heavy bullets, some still trying to stay on their feet even as death tugged them down to the soaking sand. The firing lasted perhaps thirty seconds. Then the Moorish troops went in with their bayonets. It was surprising how many prisoners were still alive.

Once the wounded had been killed, the corpses were cleared away using wagons commandeered from the fallen town. Where the prisoners had stood, there remained only a patch of churned and stained sand. And then a new group shuffled into place along the barrera, its woodwork now riddled with the eccentric geometries of gunfire.

Outside the bullring, long lines of defeated Republicans waited to face the wrath of the victors. The battle was over. The killing had just begun.

The car turned another bend, climbing higher into a land of sunscorched scrub, stunted trees and huge overhanging rocks. An arid landscape broken by sheer cliffs and sharp, boulder-strewn ridges. Stupefying heat. Galindez felt sweat soaking her shirt, trickling down her back. This had been the only vehicle left in the car pool, and now it had become an instrument of torture. Why no air conditioning? It was high summer, for God’s sake. If she’d been a uniformed officer and not a lowly forensic scientist, they wouldn’t have sent her out to the middle of nowhere in a vehicle without air conditioning. There was no point in complaining, she knew. No matter how reasonable the complaint, the same barrier always came up. The same look on their faces:
Women – always complaining. Don’t they realise? This is what keeps the pay cheque coming
.

Galindez reached the crest of the hill and crossed a flat promontory leading to yet another steep winding road that curved around the flank of yet another ochre hillside. She slowed, seeing a small improvised shrine at the roadside a hundred metres ahead. Beyond the barrier, the sheer cliff fell into the valley far below. Tyre marks curved crazily from the centre line to the shattered gap in the wooden fence. Galindez drove slowly, taking in the profusion of cheap plastic toys, religious badges, a handmade cross and a portrait of Jesus, executed in luminous colours. Whoever ploughed through that barrier had friends with appalling taste.

A road sign:
Las Peñas
. Even the villages were named after rocks in this arid terrain. A two-hour drive in thirty degrees of heat. And waiting for her would be another heap of ancient bones. Another war grave.
Joder
. Why did they always send her?
No one else available in Forensics, Ana María. Good practice for you, Dr Galindez. Do me a favour with this one, Ana? It’s not far, just outside Madrid.
She gripped the wheel, feeling a surge of resentment at what she was sure would be another wasted journey. In the mirror she saw beads of sweat on her face, the glint of her eyes behind the dark sunglasses. Her
guardia
ID swung gently on its chain from the sun visor, the small laminated photograph taken only a year ago: a picture of quiet confidence, her dark hair tied back, deep brown eyes bright with anticipation. Her name printed beneath the photo:
Galindez, Ana María, Forensic Investigator
. An image of her ideal self, calm and collected, just out of university with her doctorate, eager to start her career in the
guardia civil
. And this was how it had turned out. Collecting the remains of people killed in a war seventy-five years ago.
Good going, Ana María
.

It felt such a waste of time. All the years spent studying forensic science, developing skills of analysis and interpretation, peering at photographs of murders and suicides, learning the beguiling similarities between self-inflicted death and murder. Ways of avoiding the myriad opportunities to reach a wrong conclusion. All those skills focused on assembling a deeper truth. A truth no detective could ever piece together by observation alone. Time spent patiently gathering data. The hours of assiduous analysis devoted to identifying the logical sequence that would give up the secrets of a case. All the skills she’d acquired and yet so much of her time spent on these fruitless trips to recover the remains of people killed so long ago. Worse, Galindez knew she got these jobs because she was still the new girl. Last one in gets the shit jobs, they told her. Like that would make it better.
Life’s unfair – and then you die. Papá’
s colleagues said he’d had that phrase painted on his locker. He thought it was funny. But then he died and it really was unfair. She took a deep breath, reminding herself it was all good experience, that it would look good on her CV one day. One day.

She glanced at the map lying on the passenger seat next to the pieces of her satnav. Almost there. A faded road sign confirmed she’d reached her destination. A bleached and faded sign:
Compañía Española de Minas, fundada 1898
. The remains of an old stone wall hinted at what once might have been an entrance. Behind the wall, an ancient wire fence wound through the scorched grass. Several sections of fencing had collapsed, the folded strands of wire intertwined with the dry scrub swarming over the rusted fence posts. Near the wall were several old buildings. Two of the buildings were in ruins, walls folded crazily inward over their fallen roofs. The remaining buildings were clearly entering the final stages of disintegration. The entire place was steadily decomposing, sinking sullenly into the harsh terrain.

Cautiously, Galindez eased the car up a rough track running through the parched scrub and seared rocks of the hillside. Five hundred metres of uncomfortable driving ended at a wire fence where several cars huddled in the steaming heat. One, a green and white Lexus with the insignia of the
guardia civil
, its windows closed. Galindez was willing to bet they’d got air con in that. The dry ground crunched under the wheels as she pulled to a halt in a cloud of arid dust. Slipping her ID around her neck, Galindez collected her case and the canvas equipment bag and stepped out into the leaden heat of the sun.

It was worse than she’d expected. Heat prickled her scalp and she felt it begin to scorch her neck and arms – short sleeves didn’t help but then she’d dressed for the office today, not knowing she would be packed off to an abandoned mine. Everything about this place was unpleasant: the sharp desiccated soil working its way into her shoes; the clammy feel of the damp shirt plastered to her back; the dazzling white light bleaching the surroundings, painful even through sunglasses. An uncomfortable but familiar start to her working day.

The gate in the fence creaked loudly. Ahead was the disused quarry, a semicircular gash carved sharply into the hillside. A careless array of abandoned, rusty mechanical equipment littered the quarry floor. On the steep hillside overlooking the quarry she saw an arched area of brickwork that must be sealing the entrance to the mine. A group of people were standing by it. The hot air shimmered, making it hard to see them clearly. As Galindez approached, she saw a man wearing the olive green uniform of the
guardia civil
. Closer now, Galindez saw a ragged opening had been smashed in the bricks. An opening so small it obliged those entering or leaving the mine to bend almost double. The man in uniform came towards her. Typical officer of the
Benemérita
: middle-aged, belly straining over the top of a thick belt, eyes obscured by large round sunglasses.

‘
Holá
. What have we got in there,
Teniente
?’ She held out her hand. Molina ignored it.

‘As far as I can tell, fifteen corpses. Skeletons, I should say. Very little left of them.’

‘A killing from
la Guerra Civil
?’

‘You tell me, that’s your job. I just need cause and approximate date of death to finish the paperwork and put this to bed. You’ve done this sort of thing before,
verdad
?’

‘I’ve done lots of cases like these,
Teniente
. They get monotonous after a while.’

Where There's Fire (Panopolis Book 2) by Cari Z.
Closer to the Heart by Mercedes Lackey
La esclava de azul by Joaquin Borrell
Report from the Interior by Auster, Paul
Pushkin Hills by Sergei Dovlatov
Dollar Bill by Joy
Rumor Has It by Tami Hoag
Waking Rose: A Fairy Tale Retold by Doman, Regina
Feeding the Fire by Andrea Laurence
The Bad Judgment Series: The Complete Series by Leigh James
Our partner