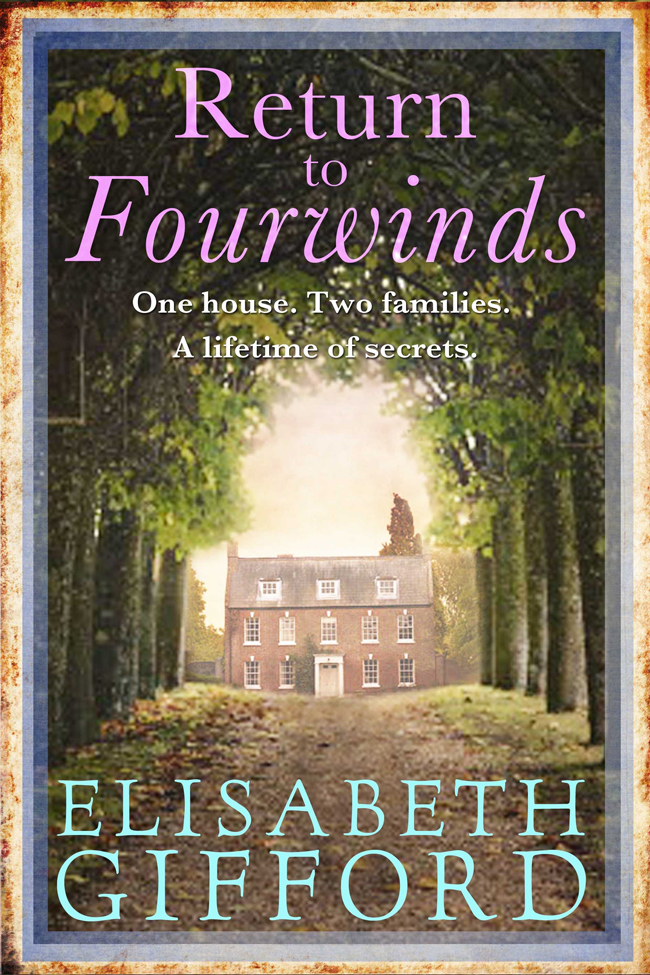 Secrets of the Sea House 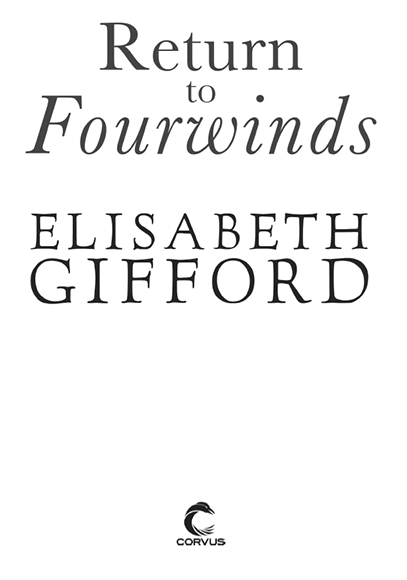 First published in trade paperback in Great Britain in 2014 by Corvus, an imprint of Atlantic Books Ltd.

The moral right of Elisabeth Gifford to be identified as the author of this work has been asserted by her in accordance with the Copyright, Designs and Patents Act of 1988.

This novel is entirely a work of fiction. The names, characters and incidents portrayed in it are the work of the author's imagination. Any resemblance to actual persons, living or dead, events or localities, is entirely coincidental.

Read on to Discover More a Bout

To Josh, Hugh, Kirsty and George

As Ralph Colchester reached the foot of the hill and began to drive up towards the village, he thought wearily of Fourwinds, the large Georgian house that was waiting for him at the top, of the chaos that would be eddying through the rooms with the Donaghues already there to help, the noise of hammering from the marquee going up on the lawn. It was late afternoon, the air warm. The simmering green fields stretched away under a sky of unimpeachable blue.

On impulse he took a left turn into the longer route home, Draycott Lane, an ancient way deeply embedded between banks and hedgerows. Barely the width of a cart, it had been tarmacked over decades ago, but two rows of weeds persistently broke through to mark the old wheel runnels. And there was the cottage, hidden away in a bend, a huge elm rising up from the opposite bank, spreading its massive branches across the lane.

He stopped the car. The cottage was looking a little dilapidated. A pile of cement bags in the garden spoke of renovations. He'd heard a young couple had taken it on recently. The upstairs curtains were still drawn. Looked like they were commuters then, not yet returned from town.

He thought back to the day when, still in uniform, laughing, he'd carried Alice over the threshold. They'd hardly noticed the damp walls and the soggy thatch at first. They'd seen a glass moon rising over
the black silhouette of the hills, heard the scream of the fox in the darkness. In the morning, blue woodsmoke rising through the winter trees. The splash of the stream sounding through the cottage rooms.

No space in there to be anything other than close, to be together. One frosty and moonlit night, Alice had gone out with a handful of salt and sprinkled it round the border of the frozen garden, a shining barrier to stop any harm from reaching them, she told him, an old country custom for newly weds, half done in jest. They had lain in bed, the salt sparkling on the frosty ground outside. Inside the circle, she said, they would always be open and true with each other, intimate and secret from the rest of the world.

And then, in time, came the children, and with them the great romance of moving up to the large Georgian place and renovating it as their home. A stream of purposeful years followed, building a family life together.

But now, the children gone from the echoing rooms, he had turned round one morning and realised that they were not so much a couple as two people with interconnecting schedules, their lives glancing off each other like two balls bouncing around an empty room. He was forever busy with the law firm in Uttoxeter, Alice absorbed in lecturing in social studies at the college. In the evening they came home, listened to music, read through books or papers from work, watched the news at ten, always polite and agreeable.

Last winter, with all three boys absent, he'd been aware for the first time how terribly silent the village was. Late one night, with snow covering the countryside, he'd looked out of the window and seen the empty glow blanketing the land for miles. The trees were thickly gloved and weighted down with white, the church tower a black shape against a pewter sky. The silence almost bruised his ears. He had moved his lips, made a sound, just to check his voice still worked.

God he felt weary. He wound down the window further and the birdsong bubbled in from the hedges and the treetops. He caught a rich and dank smell of leaf mould.

He had thought that the bustle and excitement of Nicky's wedding would bring some kind of change, flick the tracks and send them into a project they would tackle together. But he'd been firmly demoted to carrying out orders, mostly to do with opening the chequebook.

It was only a year ago that Nicky had turned up at Fourwinds with Sarah and announced the engagement. They had met the girl a few times before, but even so, it was hard to suppress a pause of evident surprise before jumping up to hug the children and say how thrilled they were.

Of course, Nicky hadn't got as far as thinking about an actual ring. Alice said that he should let Nicky have the Colchester family ring. Ralph had fetched it from its hiding place. It was still in the small red box with the name of the jeweller imprinted in faded gold letters, the velvet inside fragile and silky.

The young couple had loved the idea of keeping a piece of family history alive, passing it down the generations. His mother's engagement ring from his father now semaphored tiny flashes from Sarah's finger. He'd watched her moving her hand to set the little colours flaring up in the light.

He'd almost blurted something out. âThing about that ring is .Â .Â .' genial, laughing a little. But he'd remained silent.

Hard to comprehend now, the way that sort of thing stained the fabric of a life, how it could seep through the layers and leave an odour trailing â make you seem worthy of suspicion and questionable. That was simply how things were, all those years ago. And it was too hard now, to crack open the silence and let the little lies spill out, pale misshapen things, grown into their confined spaces.

As a child, the weight of carrying his mother's half-understood, necessary little untruths had always left him exhausted. âTwo wrongs don't make a right, Ralph.' That's what Mama had always taught him, her face serious and sincere, her soft hands pressing his cheeks.

He started up the car. The house on top of the hill felt miles away. Everyone remote in their all-consuming business. Everyone happy. And that's how he should leave it. But the sense of unease refused to leave him.

He had the oddest feeling that Nicky's Sarah had picked up on something, as if she had rumbled him in some way. What a funny little thing she was, sweetness itself, but there were moments when she could be quite fierce. She flinched away from any hugs. Looked at him sideways. He could think of nothing he had done to merit such a reaction, and yet there it was, slight but perceptible; she didn't trust him.

The car arrived at the end of the drive, the afternoon sun deepening the colours of the bricks as Fourwinds came into view, the cedars in front stirring in the wind. Home. He felt a twist of longing for the place, as if he were already gone.

Alone in the guest bedroom Sarah had that thing you get in other people's places; she was hungry but she didn't feel she could waltz into the cavernous kitchen, rummage through their bread bin and get the butter from the fridge. Her stomach turned over, tight and empty. But then she never felt like herself at Nicky's parents'. The house was pervaded by a faint smell of wood ash and old polish, and a breezy tone from the air that circulated through the tall sash frames, sometimes making them thump when the wind got up. She wished Nicky were there, his old denim shirt against her cheek, and she'd be fine again. His brother had organised the stag do and had kept
the location secret. Knowing Mark, they'd probably be in Scotland, shooting something. They'd even taken her brother Charlie with them, looking like a hostage as they drove off in the car.

The Dark Closet by Beall, Miranda
Sympathy for the Devil by Howard Marks
Travels with a Tangerine: A Journey in the Footnotes of Ibn Battutah by Mackintosh-Smith, Tim
Loving Her Crazy by Kira Archer
Teatime for the Firefly by Shona Patel
Léon and Louise by Alex Capus, John Brownjohn
El maleficio by Cliff McNish
Jacob's Ladder by Donald Mccaig
The Summer of Me by Angela Benson
City of Liars and Thieves by Eve Karlin
Our partner