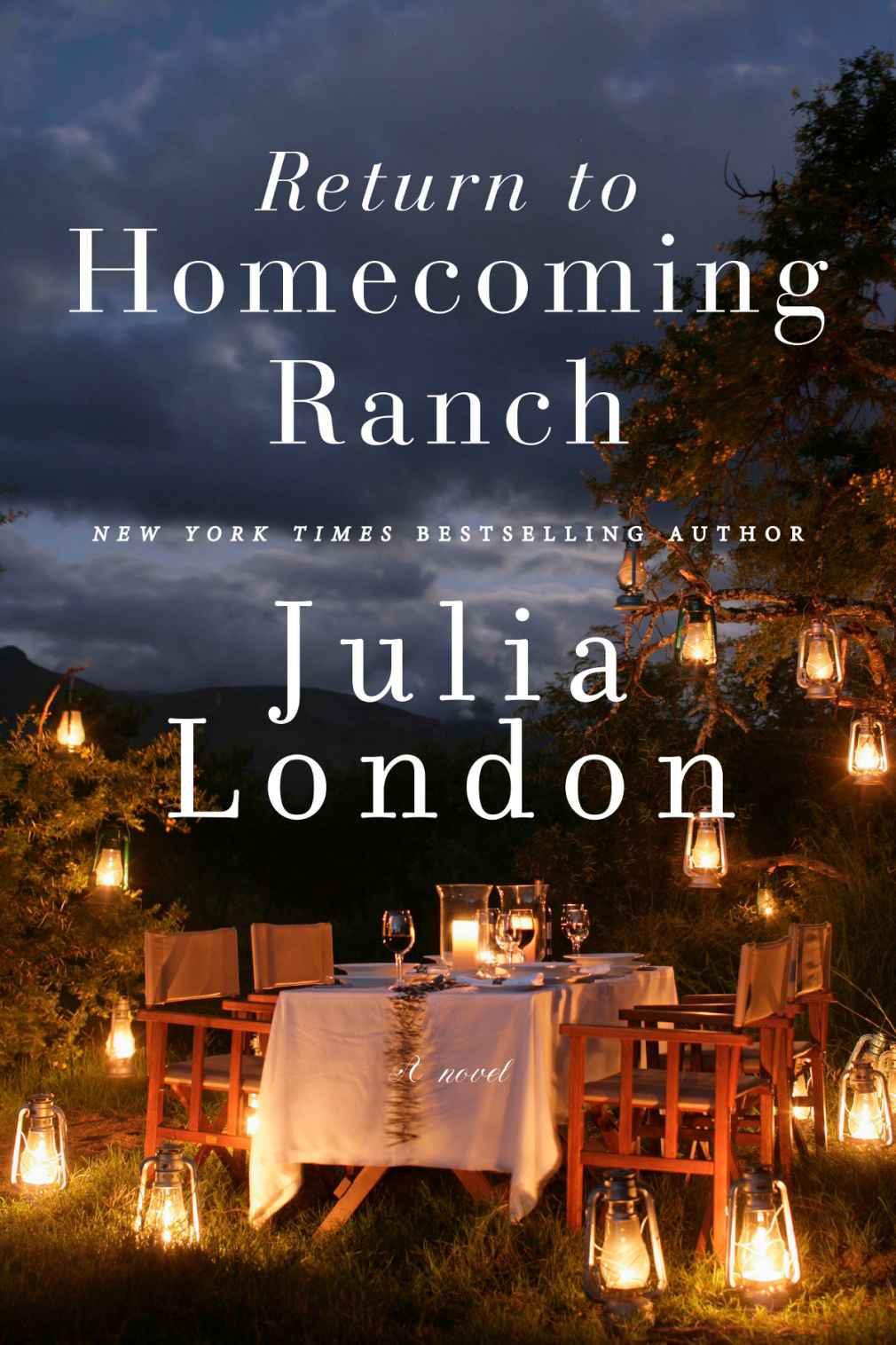 The Rogues of Regent Street

The Hazards of Hunting a Duke

The Perils of Pursuing a Prince

The Dangers of Deceiving a Viscount

The School for Heiresses
(Anthology): “The Merchant’s Gift”

The Book of Scandal

The Secrets of Hadley Green

The Year of Living Scandalously

The Revenge of Lord Eberlin

The Seduction of Lady X

The Fancy Lives of the Lear Sisters

Over the Edge (previously available as Thrillseekers Anonymous series)

All I Need Is You
(previously available as
Wedding Survivor
)

Fall Into Me
(previously available as
American Diva
)

One Season of Sunshine

A Light at Winter’s End

Talk of the Ton
(Anthology): “The Vicar’s Widow”

Dedicated to anyone who has ever felt the urge to take a baseball bat to a car window.

When something goes down in Pine River, I know about it, because I have one of those faces that makes people want to tell me their life stories. You know, super handsome with movie star eyes. Plus, I’m in a chair, which makes people think I’m trustworthy. I’m not
that
trustworthy, because if I hear something good, I’m
definitely
going to pass it on. Anyway, I’ve heard a lot of amazing stuff about people in Pine River. Not amazing like
wow, amazing!
But more like,
who-does-that?
amazing.

You’re probably wondering where I get my news, seeing as how I’m not exactly mobile. Here’s the God’s honest truth: I get a lot of my best information from the Methodists.

I know what you’re thinking: Leo Kendrick, that’s not nice. But, see, the Methodist’s Women’s Group get together to do good Christian works, like make quilts and give them to really old people. There are about fifteen church ladies in that group and they are
awesome.
Not only will they tell me things, but they take me out for walks and they bring stuff like the socks they knit and homemade apple pies. And now, they’re batting around ideas for getting me a new van. I sort of planted the idea with them because I’ve got a date with the Denver Broncos and I need
wheels,
man. Besides, that’s what I do, I think up genius ideas. Ask anyone.

Marisol doesn’t have much use for the Methodists. She’s the warden in the Kendrick monkey camp, the one who hoses me down and WD-40’s my chair when it gets squeaky and talks to my brother Luke about his wedding stuff (seriously, Luke, get married already!), and helps Dad figure out the DVD player (come
on,
Dad, how can you still not get it after we’ve shown you like five hundred times?).

Yeah, Marisol gets testy about the Methodists. Just the other day she said, “What do you promise them? They come every day, those church ladies, and they
talk, talk, talk
.” She sounded like a chicken when she said that.

I said, “How do you think I found out Fred Heizer was caught in the park bathroom with some guy from the gym? I don’t remember you asking me to pipe down when I told you that one.”

But Marisol was not impressed, because she’s been like super pregnant for about fourteen years and very cranky.

Anyway, Deb Trimble is the church lady who showed up on Elm Street with a big batch of bean soup one day and told me what Libby Tyler had done (side note: I didn’t have the heart to tell Deb that the
last
thing anyone needs to give three guys in a tiny house is a big batch of bean soup, but Dad was like, “
Great!
I don’t have to cook now,” and then he pulverized it to put into my feedbag).

So Deb was
dying
to tell me, but she couldn’t come over just to gossip, because Methodists don’t think they do that, even though they are the
worst.
Between us turkeys, I think she dug that soup out of the back of her fridge, and trotted over (well, maybe she didn’t trot. Deb’s a little on the hefty side) and she said it in a big whisper, even though we were watching
Jeopardy,
and everyone knows the rule is no talking during
Jeop
. We
all
know that.

She said, “Did you hear about Libby Tyler?”

Listen, I’ve heard plenty about Libby Tyler. I’ve known Libby since we were six, and I’ll be honest, I always had a thing for her hair. It’s black, and super curly, and bouncy. And it goes great with her pale blue eyes. Hair aside, I’ve heard a lot about her recently, but I hadn’t heard she’d taken a golf club to Ryan Spangler’s truck and bashed out the windows, right there on Main Street in front of everyone.

Ryan was totally pissed off, and he got a restraining order, and now Libby can’t go anywhere near him. Which kind of sucks when you think about it, because he has these two kids that Libby is really attached to. But I can see Ryan’s point, because it is an awesome truck, an F-350, which is about as big and bad as you can get in a pickup.

Deb told me the story and she said, “What do think?”

And I was like, “What is crazy, Alex?” which of course Deb didn’t get because she’s not that into
Jeopardy.
I remember thinking that usually nothing surprises me—I mean, I’ve been through a lot and I also watch
Duck Dynasty
—but I was surprised. I did
not
expect that from Libby. Sure, I’d heard reports she was driving around Ryan’s house and acting weird. But Ryan dumped her out of the blue, and you know, people do crazy things when they find out the guy they thought they were going to spend the rest of their life with was actually banging his ex-wife. Talk about salt on the wound.

Still, I never thought Libby Tyler would be one to pick up a golf club and go to town on Ryan’s truck. She’s got that really tight T-shirt that has a big flowery peace sign, and I thought she bought into that whole thing. Peace, I mean. And I
never
thought Libby would end up in the hospital. Not like
my
hospital, with a lot of IVs and catheters and nurses who are constantly sticking something into you, but a
quiet
hospital where they pipe in Yanni and you sit around and talk about your feelings and rest a lot.

She was only there a week, but in Pine River, any walk through the funny farm is Big News.

I’ve had time to think about this, and here’s the truth: Libby Tyler is
not
crazy, no matter what you think you’ve heard. Sure, she’s had some crazy moments, but you would, too, if you’d walked in Libby’s shoes. Everyone has always loved Libby. Everyone. She joins everything, always wanting to help out, always wanting to do good. She’s bubbly, she’s always had this super positive outlook even when things were not looking so great to the rest of us, she’s cute as hell, and she’s got a great butt. Not that I’ve been ogling it or anything.

Libby went through some stuff is all I’m saying. Some people go through stuff and they bite down and shake it off, and then do something like make off with all your investments years later. Some people just reach that point where they can’t take it anymore and they bash in a few windows with golf clubs, and then they’re over it. That’s Libby. I mean, would Sam Winters have a flaming torch for her if she was truly crazy? No way. So don’t listen to the Methodists about Libby. Listen to me.

Oh, by the way, I’m Leo Kendrick. I have motor neuron disease, which makes me a genius, because the famous physicist Stephen Hawking has it, too, and I’ve never met anyone with MND who wasn’t totally brilliant. I’m not bragging about it, I’m just letting you know that I’m right most of the time. It can be annoying to lesser mortals, but if you’re a genius, you learn to live with a little disgruntled envy coming your way.

Anyway, there’s a lot more about Libby and Homecoming Ranch you’re going to want to know, so let’s get this party started.

Pie Town by Lynne Hinton
Feedback by Cawdron, Peter
Whispers from Yesterday by Robin Lee Hatcher
The Way to Rainy Mountain by N. Scott Momaday
After Me by Joyce Scarbrough
A Deadly Injustice by Ian Morson
Give Up the Ghost: A Haunted Home Renovation Mystery by Juliet Blackwell
Heechee rendezvous by Frederik Pohl
Summer's End by Amy Myers
When Hari Met His Saali by Harsh Warrdhan
Our partner