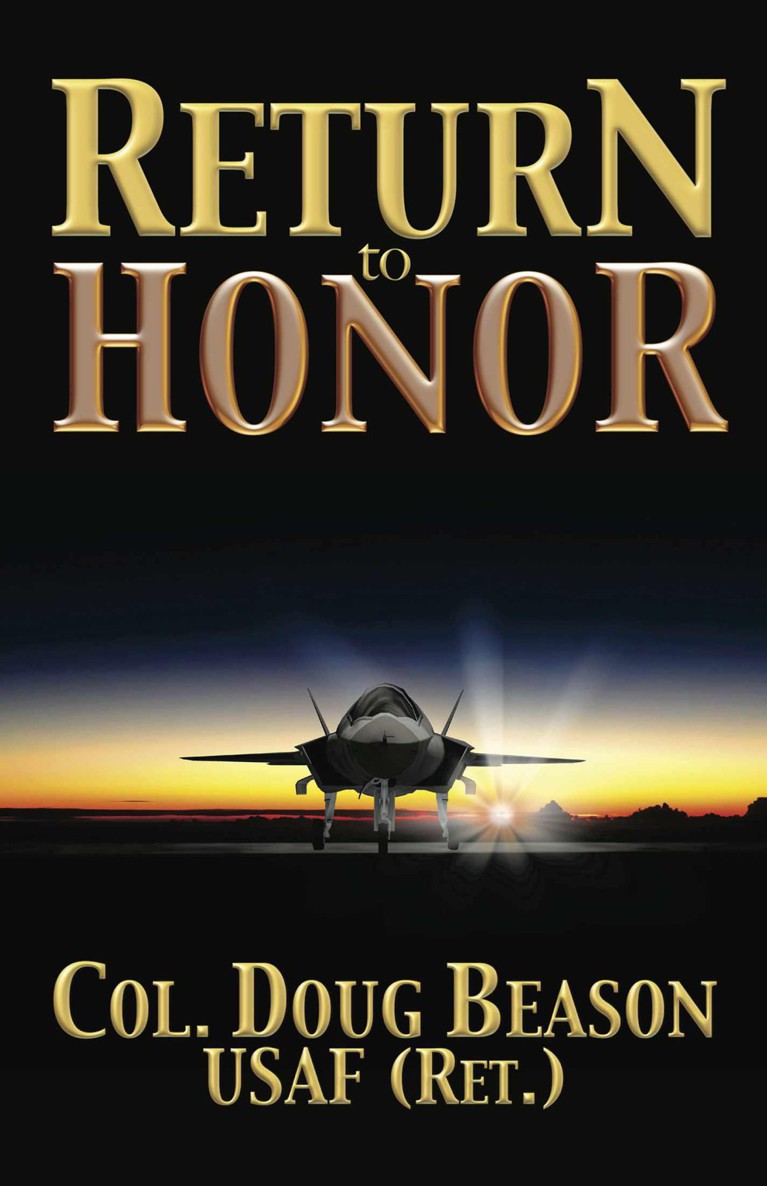 Five thousand miles from the U.S., the president of the United States is facing death. In one hour, an American force will strike back—with the most daring rescue mission ever!

The RDF—Marine Corps Rapid Deployment Force—can strike anywhere in the world in under an hour. Their secret weapon: the Trans-Atmospheric Vehicle flown at 15,000 miles per hour by the Air Force’s most elite pilots, carrying a deadly cargo of highly trained marines. The technology is unproven. But its time has come.…

All rights reserved. No part of this book may be reproduced or transmitted in any form or by any electronic or mechanical means, including photocopying, recording or by any information storage and retrieval system, without the express written permission of the copyright holder, except where permitted by law. This novel is a work of fiction. Names, characters, places and incidents are either the product of the author’s imagination, or, if real, used fictitiously.

This book is licensed for your personal enjoyment only. This ebook may not be re-sold or given away to other people. If you would like to share this book with another person, please purchase an additional copy for each recipient. Thank you for respecting the hard work of this author.

To my wife and daughters—

who put up with me.

To Dr. Tom Tascione, for giving me the idea for this novel, and Dr. Don Erbschloe, for reviewing and commenting on the draft manuscript. Boston’s “A Man I’ll Never Be” provided me with much inspiration during the writing. And to John F. Carr at J. E. Pournelle and Associates for first accepting the novelette on which this novel is based; to Patrick L. Price at AMAZING STORIES® who first published the novelette; to Paul McCarthy, senior editor at Pocket Books, who had patience with the slush pile and had faith in me; and to my long-time collaborator, Kevin J. Anderson, who pushed me to revise, rewrite and republish digitally.

The “born leader” is a fiction by “born followers.” Leadership is not a gift at birth: it is an award for growing up to full moral stature. It is the only award a man must win every day. The prize is the respect of others, earned by the disciplines that generate self-respect.

Mach 25—over fifteen thousand miles per hour—and no sensation of movement. The ride seemed smooth enough; the buffeting that accompanied the TAV’s launch was nothing compared to the eerie silence that now permeated the craft. They were stuffed in the Trans-Atmospheric Vehicle tighter than sardines in a can: twenty-four marines, all clutching their rifles, all depending on their hotshot air force pilot to bring them safely back to ground.

Where they could all be killed the instant they scrambled from the TAV.

Gunnery sergeant Balcalski shifted his weight, trying to get comfortable. Now that his weight had returned, the webbed seating straps dug into his back. And the heat didn’t help. You’d think that once they were above the atmosphere—over fifty miles above the ground—things would cool down. But the cramped compartment held the heat in, sapping their strength.

Minutes passes. Balcalski inched forward, and he jumped when the klaxon, set in the TAV’s bulkhead, gave an earsplitting blast.

The air force pilot came over the intercom: “Two minutes to landing.…prepare your Stations, marines.”

All around Balcalski, the marines straightened in their seats. Balcalski pushed his feet firmly against the vibrating deck and prepared for landing. They were approaching the desert at an unthinkable speed, screaming through the air, ready to disembark and spill out of the TAV to take their objective.

Balcalski glanced over at Captain Weston, the new platoon commander. As young as Weston seemed, Balcalski had confidence in him. From what Balcalski knew of Weston’s background, he was a capable leader. Balcalski could count on being able to run the platoon through its motions without Weston butting in.

Balcalski knew Weston was there to observe, and he would step in only as needed. He was the type of officer Balcalski respected—one he didn’t have to train; one that respected the presence of a good noncom. It was essential to have that mutual respect when going into battle.

The TAV bounced down, jarring the marines as it landed. Before Balcalski could react, Captain Weston was out of his seat and standing in the TAV hatch, yelling, “This is it—get ready to jump!”

Balcalski followed the rest of the marines as they stood and shuffled to the door in their combat equipment, careful not to trip on the bouncing deck. Balcalski felt adrenaline rush into his system as the excitement of the moment swept him up. He was first at the door, then stepped back as Weston shouted in his ear, “I’ll take the first jump—make sure the rest of them get out as soon as they can after me.”

Weston clutched the sides of the hatch; a red light flickered above the door as the hatch swung open, spilling in warm desert air. Scrub brush and cactus whizzed by. The TAV bounced on the desert floor as the craft continued to slow. The intercom crackled as the air force pilot came on, excitement evident in his voice.

Balcalski slapped the captain on the rear. “Jump, sir!” Weston leapt out the hatch; he disappeared as the next marine took his place. Balcalski swatted the marine. “Jump!”

Twenty-one more marines followed until Balcalski was alone in the TAV. Balcalski assumed the position at the hatch, spotted the rushing ground, and jumped, hitting the desert in a parachute-landing fall. He was instantly on his feet, running toward a small building to his right. The remainder of the Rapid Deployment Force was already converging on the objective. Behind him, Balcalski could make out the whine of the TAV’s engines winding down as the craft slowed to a halt.

Out of breath, Balcalski was the last to reach the building. Grasping his rifle, he stormed through the door—and froze at what he saw.

A burly, dark-haired man clicked off a stopwatch as Balcalski entered the building. The man took a cigar from his mouth and eyed the clock. “Fifty seconds. Gentlemen, you are all dead.”

Brigadier General Vandervoos took a long draw off his cigar and studied the marines in front of him. They stood panting from the exertion, standing at attention. Balcalski felt his face grow red, more from embarrassing Captain Weston in front of the general than anything else. Vandervoos blew smoke away and spoke quietly so the marines had to strain to hear him: “Gentlemen, let me lay it on the line for you.