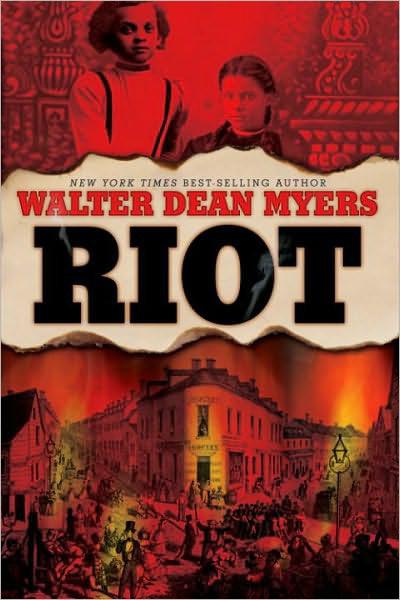 I.
Cast of Characters

LIAM, 17, an employee of the Johnsons’

THE REVEREND CURRY, 46, pastor of a Baptist Church

The camera comes even lower, and we see rapidly moving traffic. The streets of Lower Manhattan are glutted with cars. We see pedestrians darting in between the cars and hear the blare of a hip-hop recording that matches the frantic pace of the traffic.

The camera zooms in even farther and focuses on a YOUNG WOMAN eating lunch on the white steps of a building. She is on her cell phone as the camera begins to zoom out, and we see the city as a rich mosaic of colors, which turns into an urban gray blur. The blur lasts for a few seconds.

AERIAL SHOT, then zoom in. This time the buildings are not as stark, the traffic in the streets not quite so frantic. The cars are older. The camera focuses on a MAN eating lunch on a park bench. The newspaper he is reading has a headline about the Supreme Court’s decision in Brown v. the Topeka Board of Education. We see the date: it is 1954.

A YOUNG WHITE COUPLE is sitting down not far from the MAN reading the paper. The young man puts his hand on her knee, and she pushes it quickly away. We see her stand and start to walk away as the camera begins to zoom out. She turns to see if he is following as the shot becomes more distant and blurs.

AERIAL SHOT, then zoom in again. The streets of Lower Manhattan are still clogged, but this time with horse-drawn carriages. Men in bowler hats chat amiably on one corner. On another corner two NEWSBOYS, one white and one black, fight as other boys cheer them on. The camera focuses on a YOUNG WHITE MAN reading an illustrated paper as he leans against a lamppost.

The camera pans away from the YOUNG MAN and
onto a crowded street on which we see pushcarts and Jewish vendors. Here we see a YOUNG BLACK GIRL feeding bread crumbs to pigeons. She tries to shoo away a larger pigeon. It refuses to move, and she stamps her foot, sending the small covey of birds into the air as the camera zooms out again to a blurred view of the area.

AERIAL SHOT, then the sound of music rises as the camera slowly moves in once again. The streets of Lower Manhattan are indistinct but sharpen gradually. We hear the clicking of telegraph keys, and words appear on the screen, moving from right to left:

Behind the words, we see the streets. There is a brief stop on a row of crudely built wooden dwellings. We see a heavy WOMAN selling fish on the streets and a YOUNG MAN getting a haircut from a sidewalk BARBER.

The camera pans past several streets, on one of which a number of YOUNG WHITE PEOPLE are arguing. Their dress is poor, the men in patched pants and ill-fitting shirts, the women in shabby long dresses, some with dirty aprons over them. The camera pans past, then
stops and returns to the activity for a long moment.

From the way the papers are reading, I thought the bloody war was almost over. What do they need a draft for? Stealing our young men away for nothing.

As long as they’re keeping it far away from Henry Street, they can do with it what they want is what I’m saying. The good Lord has his face turned away from the likes of us, and that’s for sure.

Johnny McCall was down at the office where the government men pulled the names out of a drum. He said you would have thought they were pulling the names of the first men to waltz their way through the pearly gates, what with all the speeches and the chests sticking out. He said the firemen are hopping mad. Can you imagine the firemen having to leave to fight a war when we need them right here?

Well, if I was a man, it would be over me dead body they’d be reaching for their tea! Imagine, poor men leaving their wives and homes to go fight while the rich men pat their bellies and wave them off with their silk hankies!

Ay! And you can bet your sweet life on that, too.

The camera moves on, and we see a NEWSBOY selling a paper to a wounded SOLDIER. The SOLDIER is tall, gaunt. He carries a bundle stuck in his crutch. He looks up toward the camera and then quickly away.

The Peacock Inn is a shabby-genteel restaurant-tavern on Bedford Street, run by JOHN and ELLEN JOHNSON, who live upstairs with their daughter, CLAIRE.

CLAIRE JOHNSON (15) and her best friend, PRISCILLA SKINNER (also 15), are sitting at one of the rectangular tables. They are sewing a quilt.

CLAIRE is thin and pretty, with skin color light enough
to pass for Caucasian. She has soft brown eyes, sharp features, and chestnut-colored hair, which she has combed up until it almost forms a halo around a sweet face. She is wearing a flower-patterned cotton dress and a neat apron.

PRISCILLA is dark, obviously African American, and is dressed similarly. She is also pretty, with a round face that is quick to smile.

So, if you were feeling sick, would you let a doctor examine you?

Are you feeling sick?

No, I was just wondering. What would you do if he asked you to undress?

I’d do it—as long as he had his eyes closed and his hands behind his back and he was at least a hundred and twelve! And you?

I’d faint dead away, and then he could do whatever he wanted to me.

ELLEN JOHNSON (37), CLAIRE’s mother, enters with a mop and bucket. She looks somewhat older than her age but is attractive, and the resemblance between her daughter and her is clear.

And what are you girls up to?

Priscilla’s got her squares wrong. I’m straightening them out for her.

They aren’t wrong, Mrs. Johnson, just different from what Claire had in mind. You know how bossy she can be.

(looking at the quilt)

So what did you have in mind?

Priscilla was telling me how the slaves make quilts in the South that are really like maps. They have a star and paths that lead to the star.

Priscilla, you were born in Brooklyn. How do you know about what the poor slaves are doing?

From my great-aunt Esther. She was born in Virginia. When the man who owned her died, her father ran off north with the whole family.

This the old woman who lives uptown in Broadway Alley?

Sweet lady, she is. I don’t think the rowdies will get that far uptown.

ROBERT VAN VORST (15) enters. He is white and slightly overweight but handsome and well dressed, with dark hair combed straight back and a high forehead.

Are we having a convention? Everyone’s here!

I’ve just been down to the Grand Street draft office, inquiring whether I might apply for a commission. They obviously need good men, and I’m willing to go.

I heard they were rioting near the waterfront.

Slackers. They’re actually protesting against the draft! Can you believe it? Father said that there was a police lineup across from the
Tribune
. They’ve thrown rocks through the windows of the stores along the side streets.

It’s not safe to be out and about. John says they were ugly this morning. He said the Dead Rabbits were running around as if they owned the streets.

Well, then, the army will just have to deal with gangs like the Dead Rabbits, won’t they? They’re mostly young drunks and old people, anyway. If I were commanding a battalion, I’d send a half dozen of my best men to put down the gangs.

I think they could, because you just have to tell the men where to go and what to do.

You think they could because it’s your precious Robert who wants to lead them, Priscilla. Too bad he’s not a doctor.

She’s right, of course. Officers lead men and direct them to where they need to go. Like Meade at Gettysburg. Did you
read in the
Times
how his men held their positions against Longstreet?

What time is it? I have to get to the orphanage.

I’ll go with her to see she’s safe.

And don’t forget to put your arm around her if you see any danger, Captain Van Vorst.

The Marine's Pet by Loki Renard
The Hot Corner by Amy Noelle
The Ferryman by Amy Neftzger
Galveston by Suzanne Morris
Demonica by Preston Norton
BIG SKY SECRETS 03: End Game by Roxanne Rustand
The Face of Another by Kobo Abé
Contradiction by Paine, Salina
Count This Cowboy In by Malone, Misty
Encyclopedia Brown Solves Them All by Donald J. Sobol
Our partner